I had the opportunity to review the Batisbricks Custom LEGO United Humvee some time back and my apologies for taking a while to finish it as there were parts missing and I only managed to get around to request for a replacement recently.

Here is a bit of background: Batisbricks is an online store based in Hong Kong that produces their own custom LEGO sets and minifigures. They design mostly military and civil defence themed vehicles with custom prints.

So without further ado, here is the review of the M1025 United Nations Humvee! 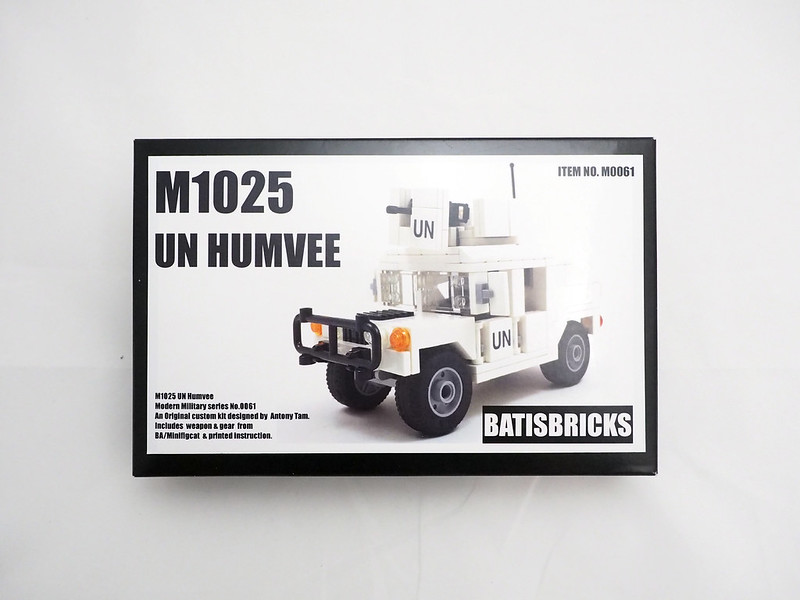 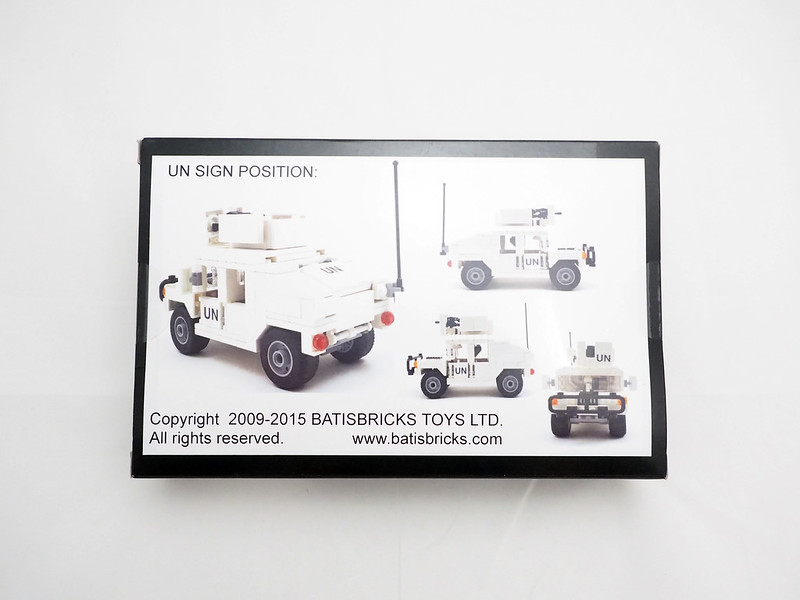 I have to admit, that I have been a bit wary of custom designs as I’ve bought and built the ArtiFex Creations Batman Tumbler two years back and it was not a particularly fun build. I fared much better with the Batisbrick’s Humvee but it wasn’t without hiccups either. One obstacle that I always encounter with custom builds are the instructions. To keep cost down, most are printed on just paper with an inkjet/laser printer where colour accuracy is sacrificed. This makes a huge difference when one is trying to differentiate between which element of Light Blueish Grey, Dark Blueish Grey or Black to use.

I was also unfortunate to encounter some missing parts along the way which hindered my progress but I have to applaud Batisbricks’ quick response for acknowledging my query and sending my the replacement bricks as soon as possible. Don’t get me wrong, the instructions are clear enough but it still would take someone with a bit of building knowledge to navigate through this successfully. 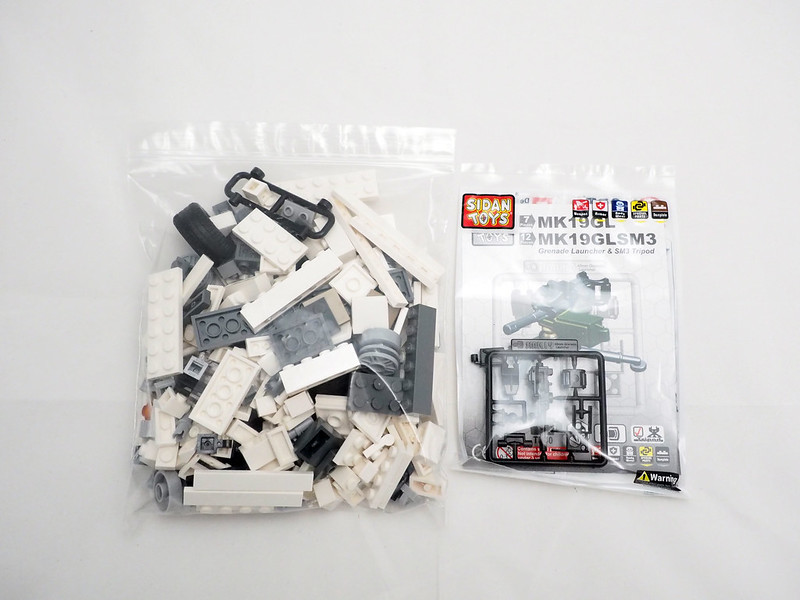 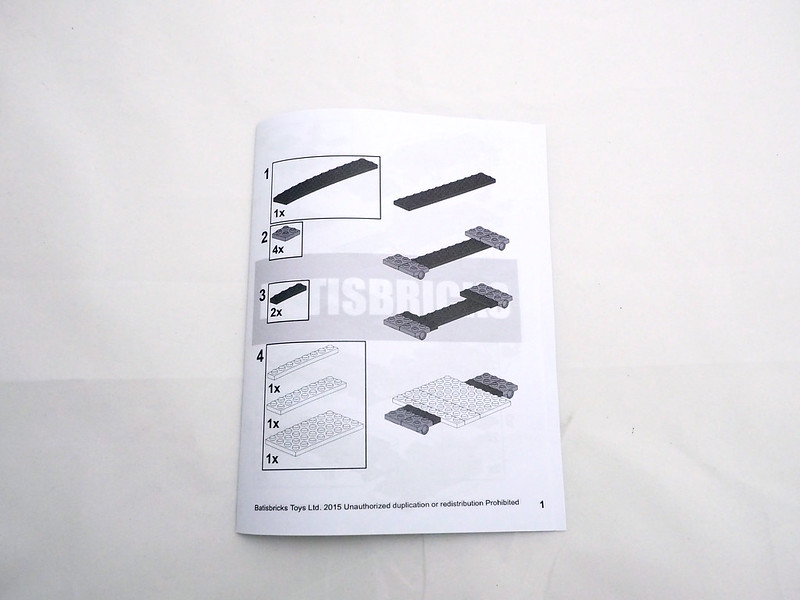 From the resultant build, this was definitely designed as a display piece for a static diorama. It is not ‘swooshable’ as some of us like to call it as there are connections in this build that are only single stud clutch which means a slight bump can cause some parts to fall off.

On example would be the side mirrors which is a 1×2 tile that is held up by a 1×1 vertical clip. This is considered an illegal build in LEGO terms as it is not that sturdy and any pressure applied to it can cause it to fall off. 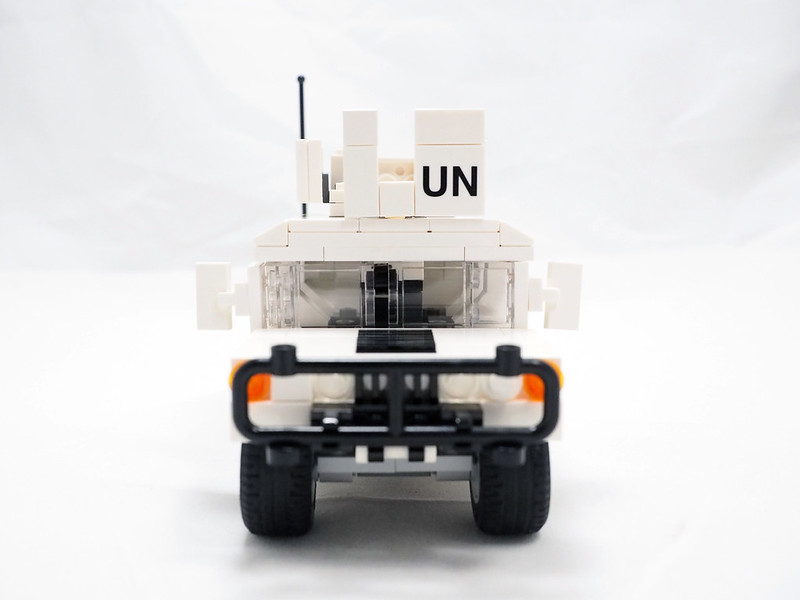 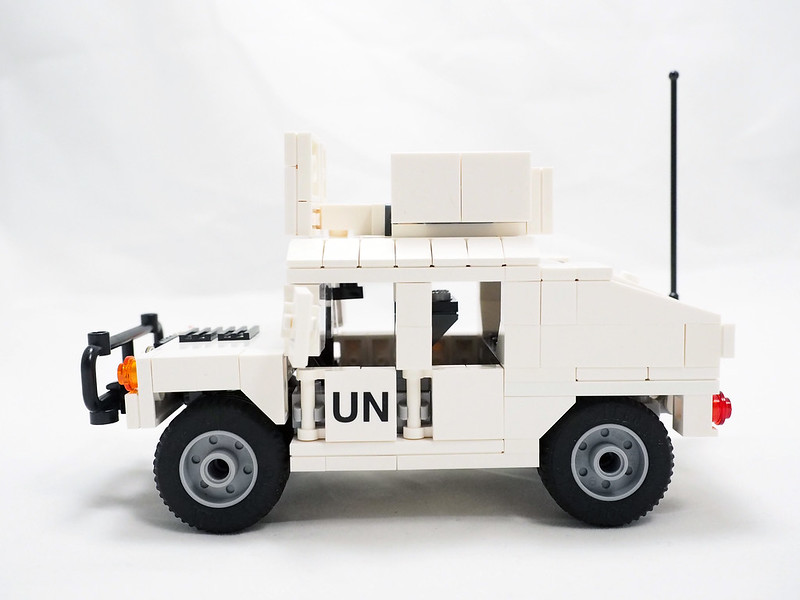 When it comes to custom sets, the value lies in the overall design as the price per unit count will always be quite high. Batisbricks website lists this set at USD$80.00 which is makes each piece 33 cents which is quite on the high side but the set does come with custom printed pieces which is a nice touch as they could have easily used stickers. 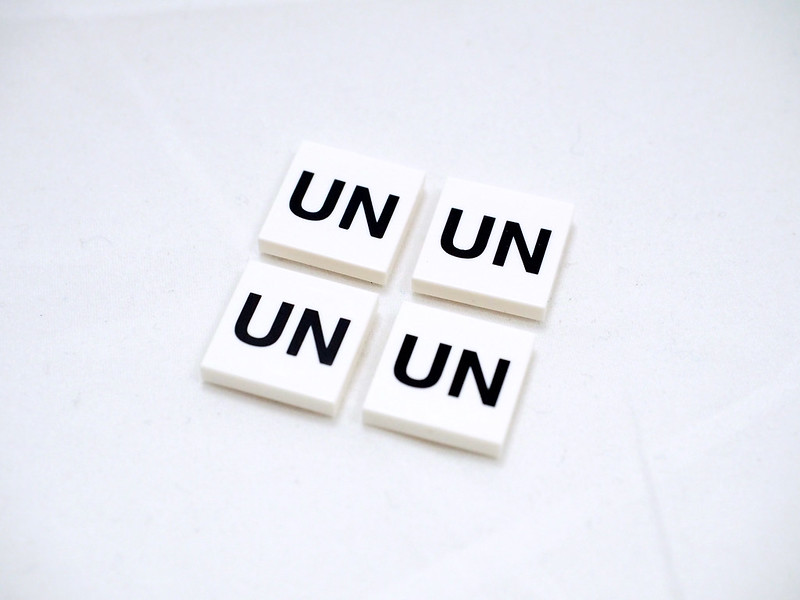 This is where this set really shines. I’m quite confident that this set was made with the intention of design over function and the results are great. This really looks like a brick Humvee that LEGO would have made and as a display piece, it would fit in just about any combat diorama. 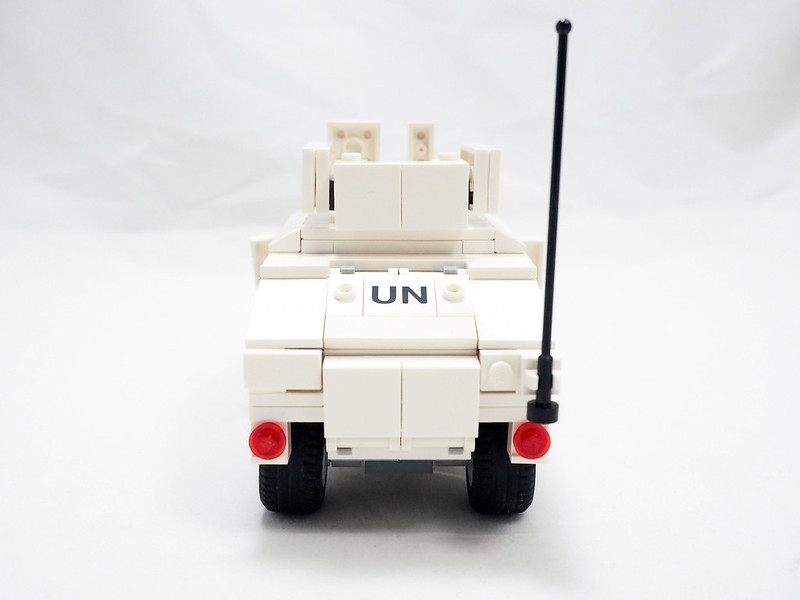 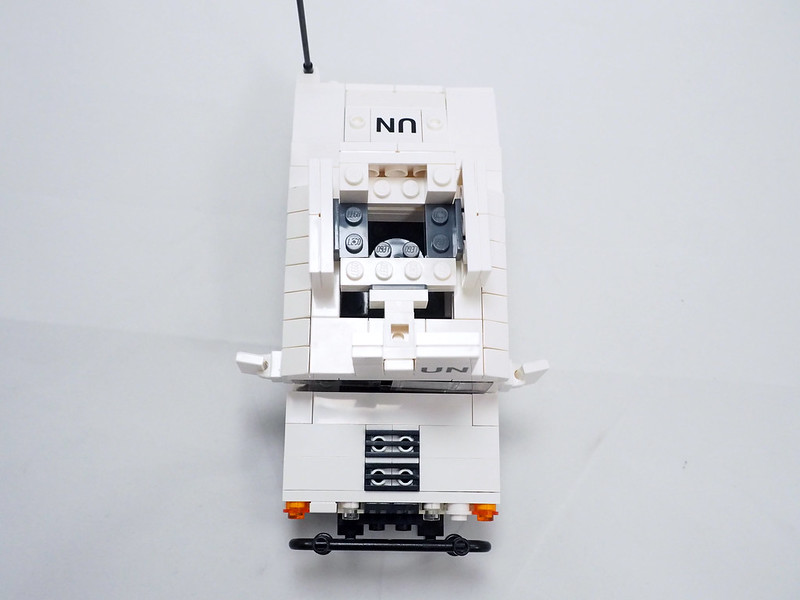 The set is aimed at military diorama builders and as LEGO stance against violence, custom sets like these are the one of the few ways to populate their displays (other than build it themselves). I would definitely recommend this to the dedicated military builders as the design is quite spot on but the casuals might find the price a little harder to justify.