Go Behind The Scenes of The LEGO Batman Movie 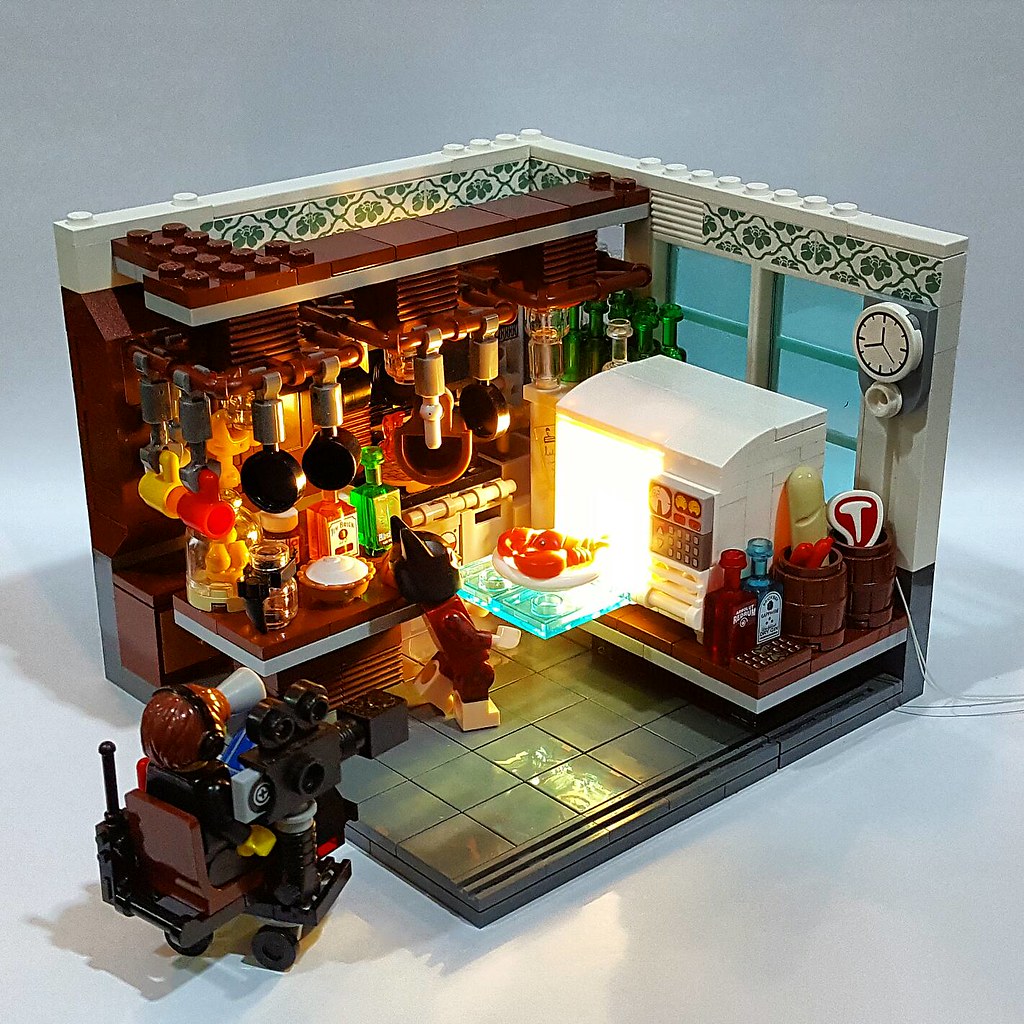 Henry Gouw (Indonesia) thought it would be a novel idea to take a step behind the camera and show how that famous lobster scene was shot in the LEGO Batman Movie.

The scene in question is the part where Batman returns from a night of crime fighting and he dons his bathrobe to heat up some lobster dinner Alfred left for him. 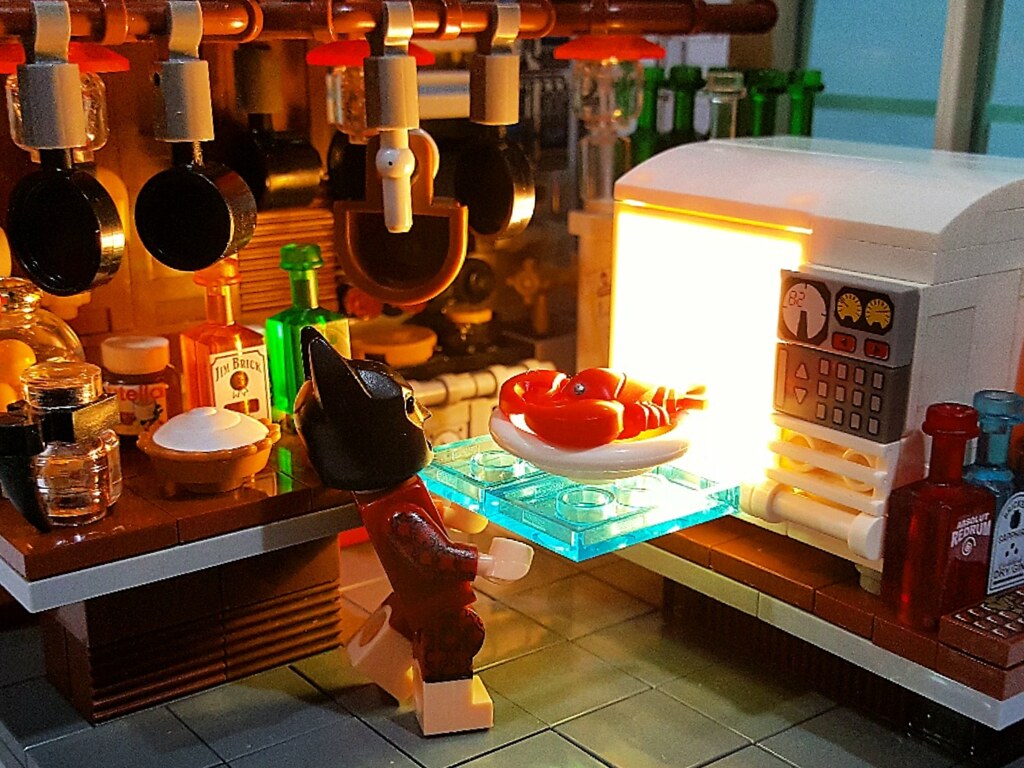 Henry has taken that idea and created this 16×16 vignette that depicts how that scene was shot, complete with a camera man and ‘operational’ microwave.

I’m actually quite amazed at the amount of items that he was able to squeeze into such a limited space which includes a full rack of kitchen pots and pans, table, stove and refrigerator. He does use some non-LEGO accessories but it add to the texture of the overall scene. 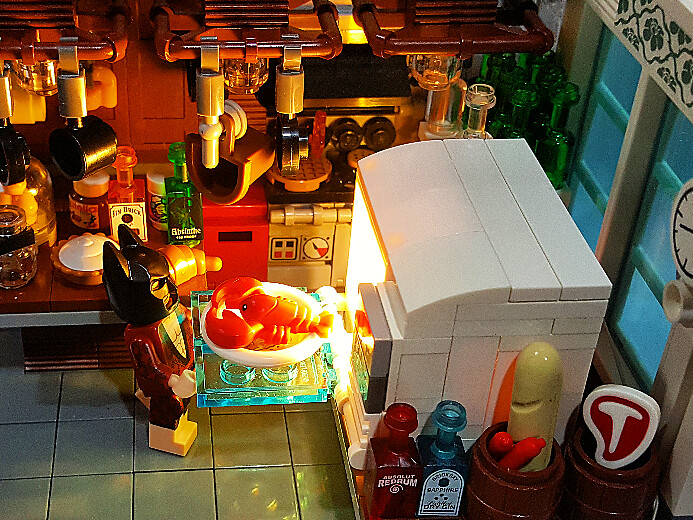 It took him about a day to conceptualise and build this cute vignette and I can’t wait for him to tackle more scenes from the movie when it comes out.

On a side note, I’m quite glad to see that the sand green floral pattern printed 1×4 bricks from the much lauded Batman Classic TV Series – Batcave (76052) appearing in a lot of MOCs recently.