LEGO BrickHeadz Launch in Singapore at the LEGO Certified Store

The day has arrived and LEGO BrickHeadz is now officially available in Singapore!

We were invited to the media event that was held at the LEGO Certified Store in Ngee Ann City shopping center. There were already people queuing up at 5:30am just so that they could be one of the first in Singapore to get their hands on the BrickHeadz range and meet the Lead Designer on the series, Marcos Bessa. 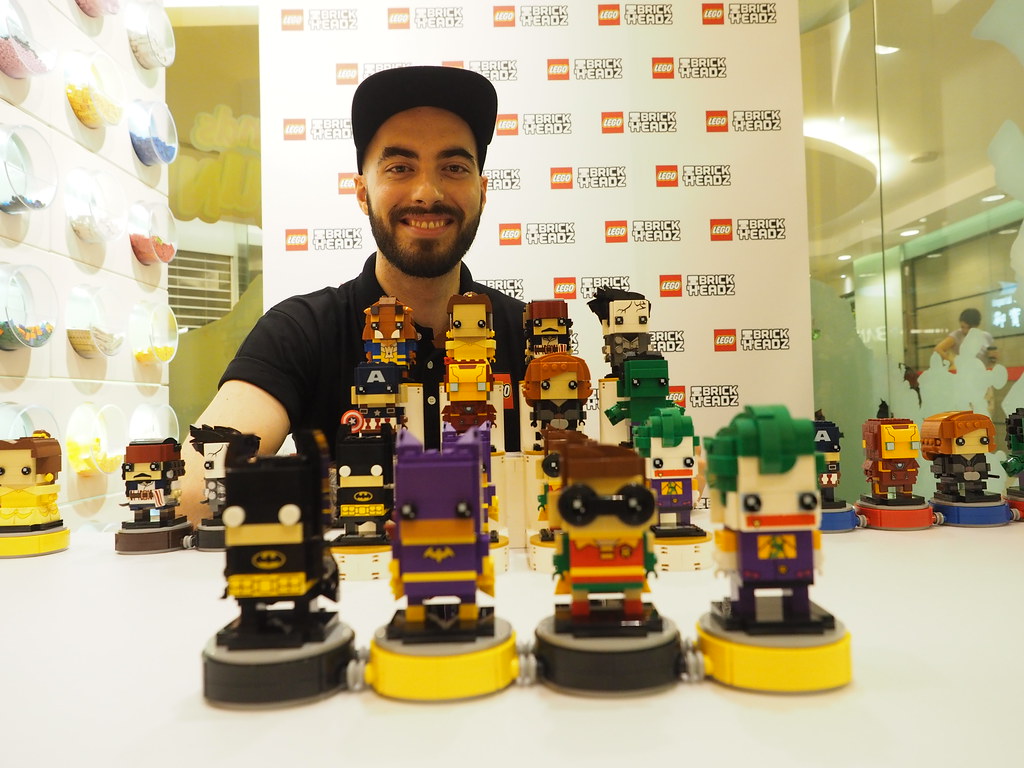 He was also on hand to officiate the ceremony with a cute anecdote on how the concept behind LEGO BrickHeadz came to be which you could also read about here. 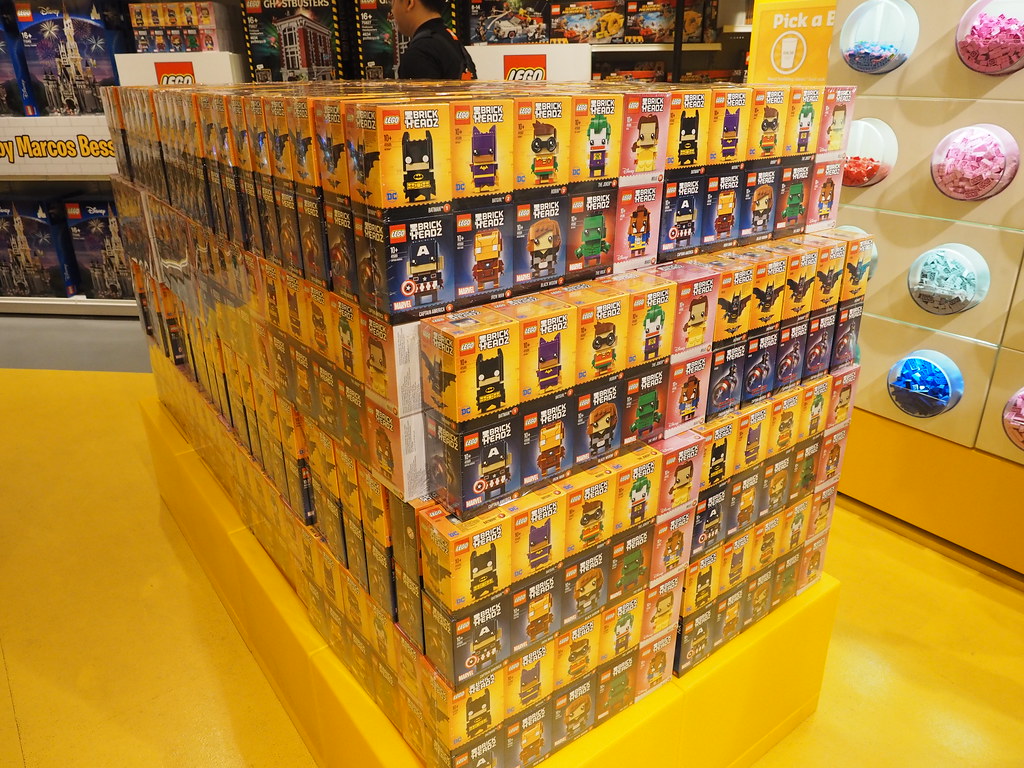 For the launch, we could only buy the full set of 12 LEGO BrickHeadz or the four LEGO Batman Movie BrickHeadz as a set to receive an exclusive card with Marcos Bessa’s autograph. Individual sales will be on a rolling release throughout the rest of the month. 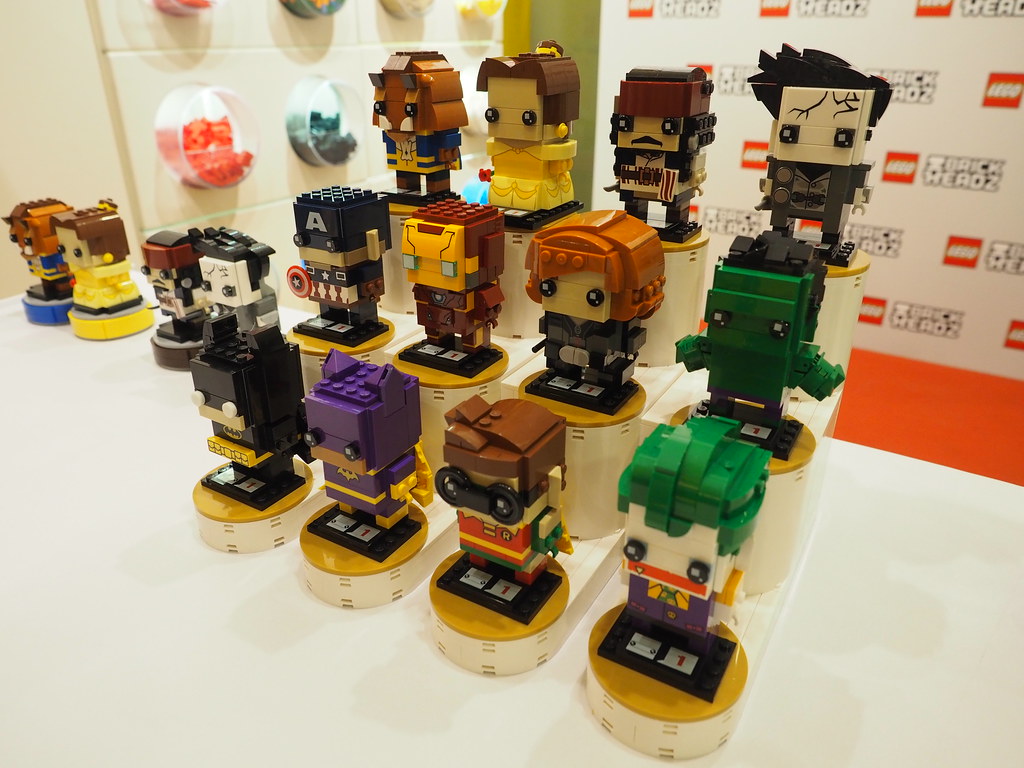 And if you pre-pay for the full range of 12 sets (Pirates of the Caribbean Jack Sparrow and Captain Armando Salazar are only available in April), you will also get an exclusive display base designed by LEGO Certified Professional Nicholas Foo.

The display base consists of 311 pieces which came in a huge plastic bag with the LEGO imprint on it. The base is quite sizeable and will fit all 12 BrickHeadz from series 1. There were quite a few who bought two sets to get two display bases, probably in anticipation of BrickHeadz series 2.

And if you were not inclined to get the LEGO BrickHeadz, another way to get Marcos’s autograph was to buy one of the eight sets that he designed which were:

We were then ushered down to Wisma Atria to get our autograph cards signed by Marcos Bessa.

There is a good reason as to why he has declined to sign on any of the BrickHeadz packaging is that although he is the lead designer for the project which is that these sets were not designed by him specifically. He is here to represent the entire team and therefore the idea behind the autograph card. 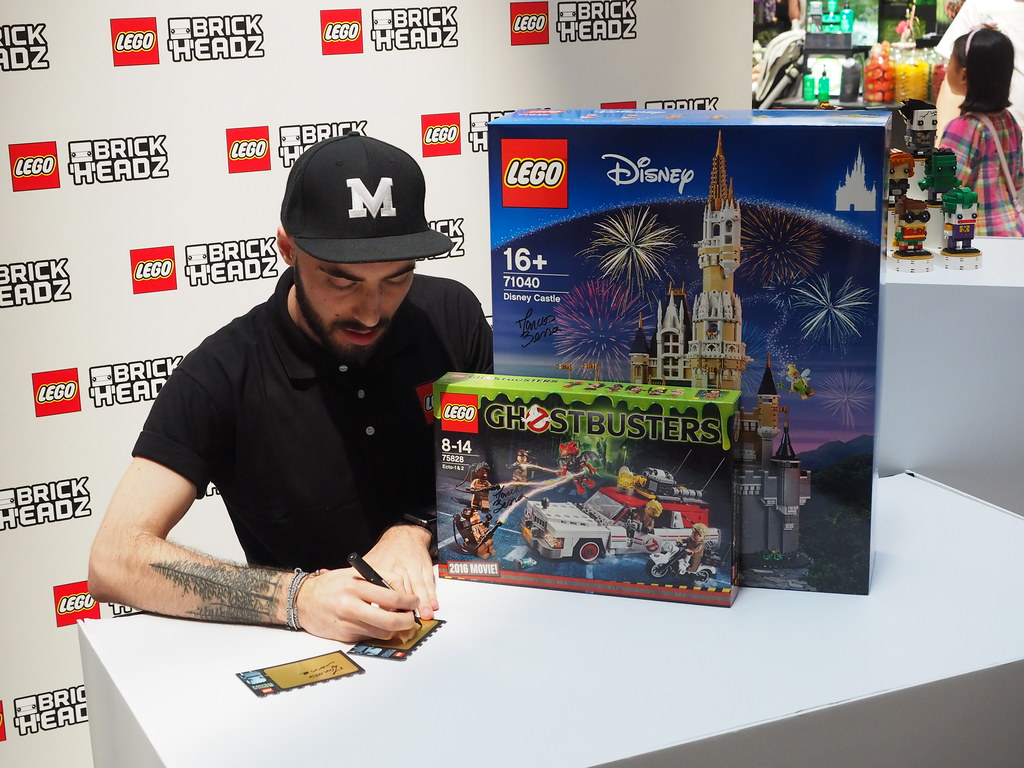 There were also quite a few AFOLs on hand with gifts for Marcos but one in particular stands out which is a hand-painted custom minifigure by resident minifigure customiser Kevin Luo.

He made it from a regular Ghostbusters minifigure but painted over the parts he wanted to customise, BY HAND. So all the tattoos on the arms to the M.B. initials on the front tag to the “Marcos” at the back are all done with a steady hand and a very delicate touch. As you can see, Marcos was definitely overjoyed with the gift. 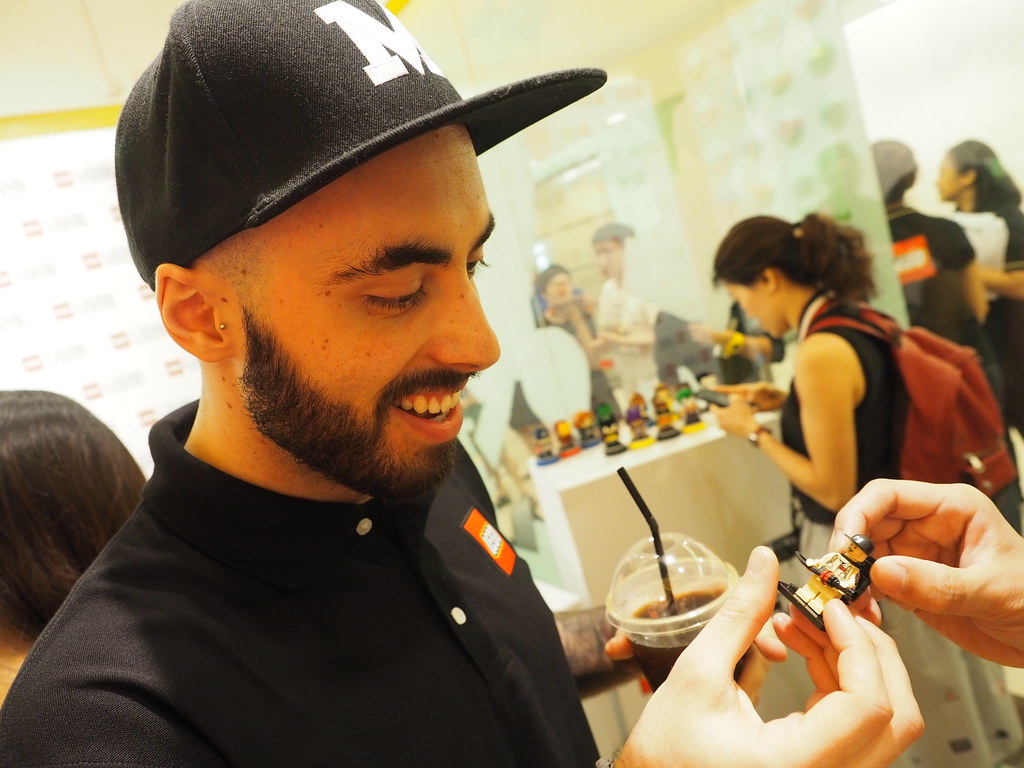 Thanks again Marcos for gracing the event and sharing with us all the little insights into the world of LEGO designing.

One response to “LEGO BrickHeadZ Officially Launched in Singapore”