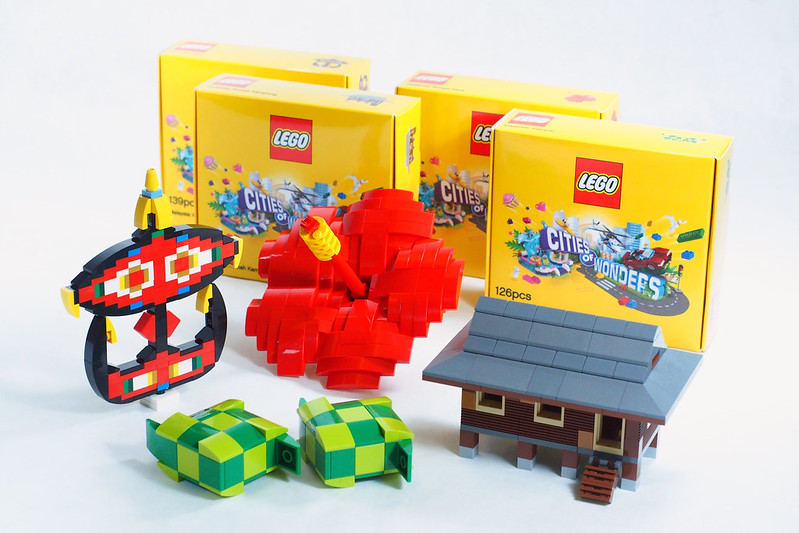 As some of you may already know, there is a multinational LEGO campaign that has launched in four countries across Asia called the “Cities of Wonders”.

Each country has a set of gift-with-puchase (GWP) that is available for a minimum spend and thanks to LEGO Trading Malaysia, I managed to get a sneak peek at the four LEGO Cultural Mini-builds for Malaysia that can be collected throughout the month of June. 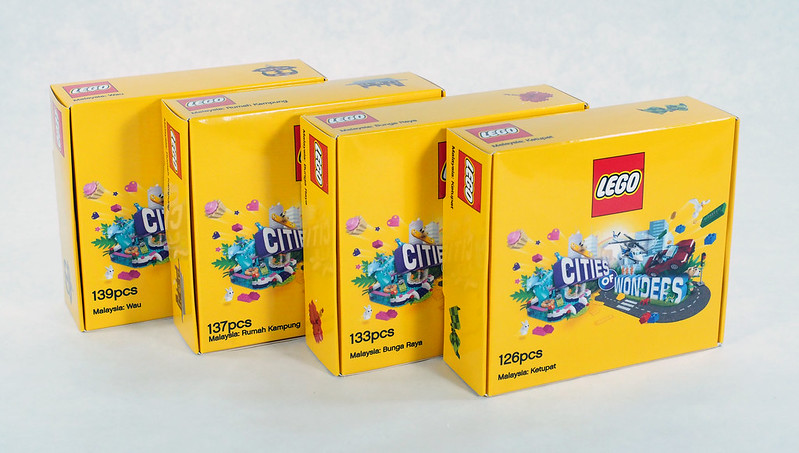 The mini-builds can be redeemed when you spend a minimum RM300 (~SGD$97) on any LEGO products and each model will only be available for one week.

As a special bonus, the first 150 shoppers on the listed launch dates (Saturday only) at the designated venue will get the free mini-builds when they spend a minimum of only RM200 (~SGD$64) on LEGO playset(s) to redeem the GWP.

After the initial launch day, the mini-builds can be redeemed with a purchase of LEGO plate materials worth RM300 at the other venues. 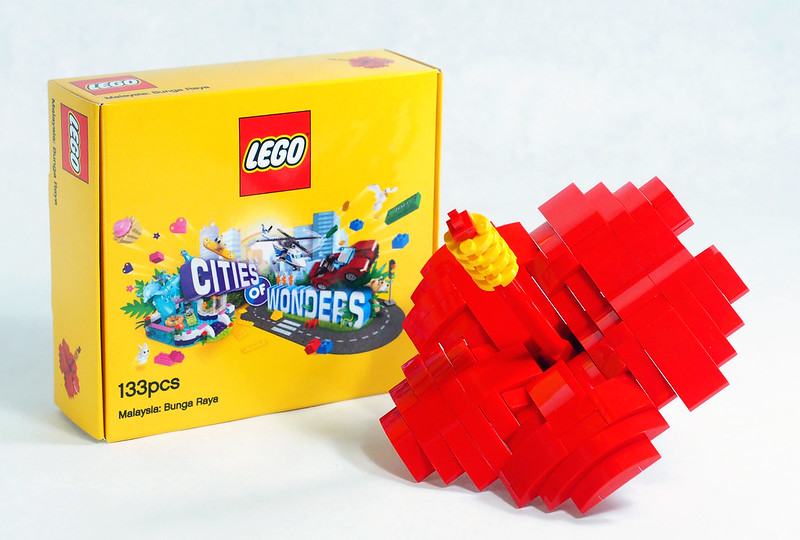 The Bunga Raya literally means “Celebratory Flower” but it is better known in the western world as the Hibiscus flower. The word “Bunga” in Malay means “Flower” and the word “Raya” means “celebratory” or “grand”. It is also Malaysia’s national flower. 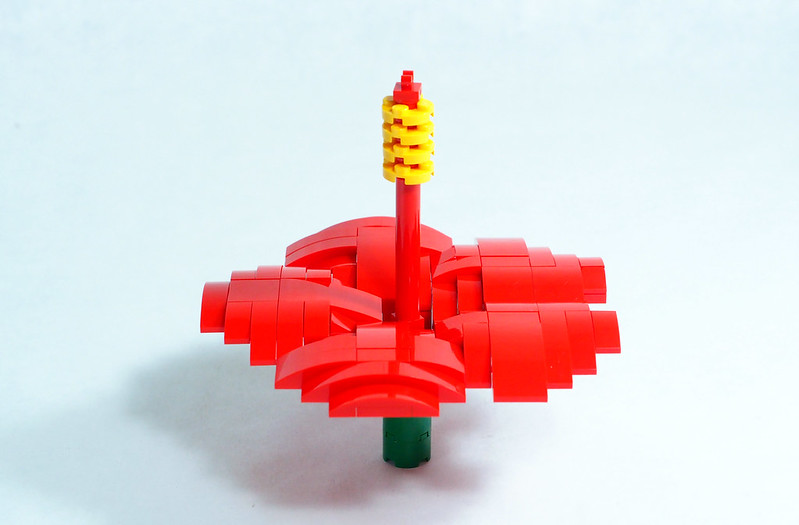 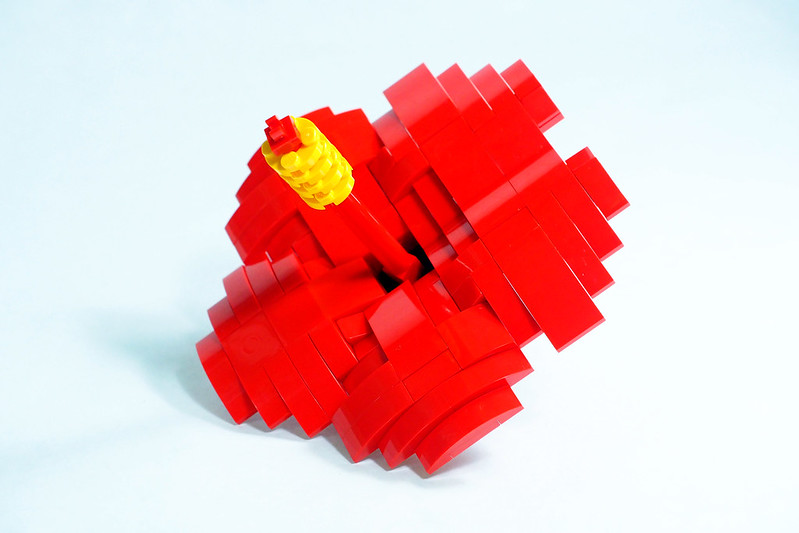 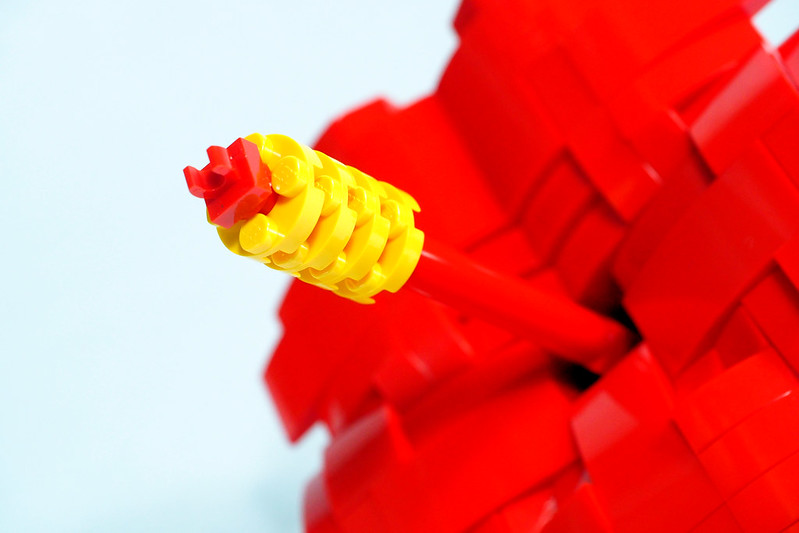 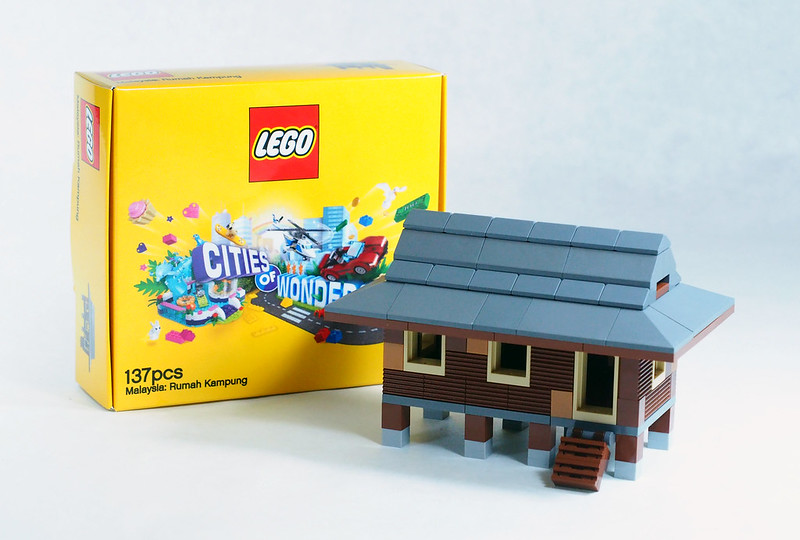 Rumah Kampung are the traditional dwellings of the indigenous ethnic Malays who built these houses out of timber and bamboo. The word “Rumah” in Malays is “House” and “Kampung” means “Village” so this literally translate to Village House. 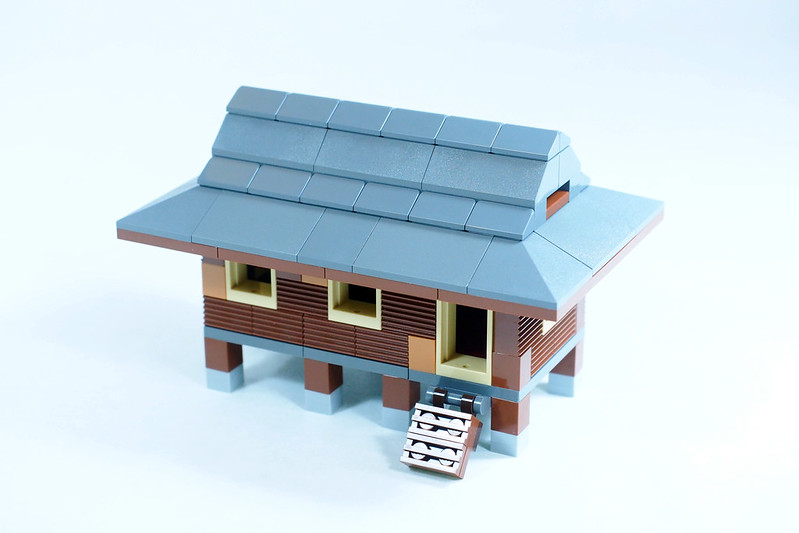 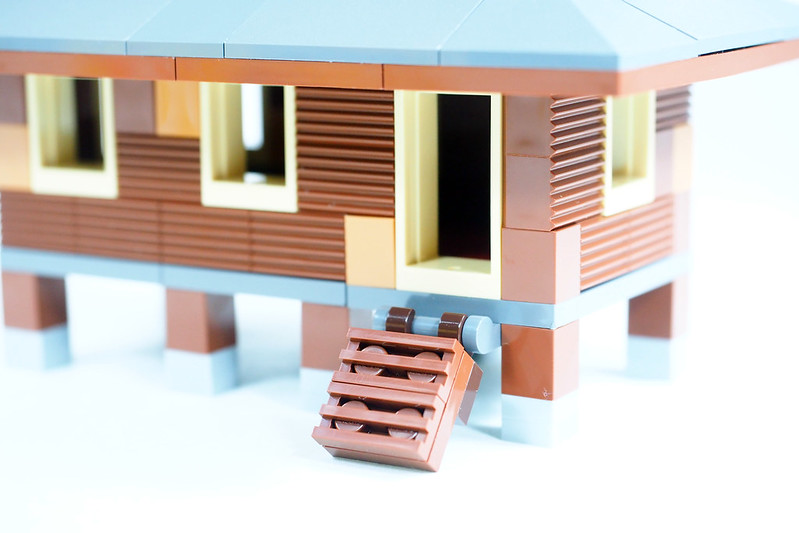 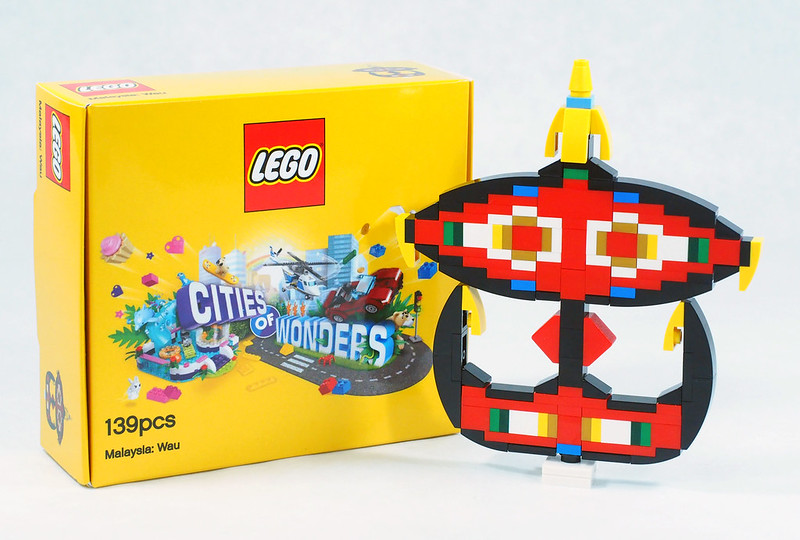 The “Wau” is actually a moon kite with various intricate patterns stitched into its wings. It is one of Malaysia’s national symbol and is the logo for their national carrier, Malaysia Airlines. 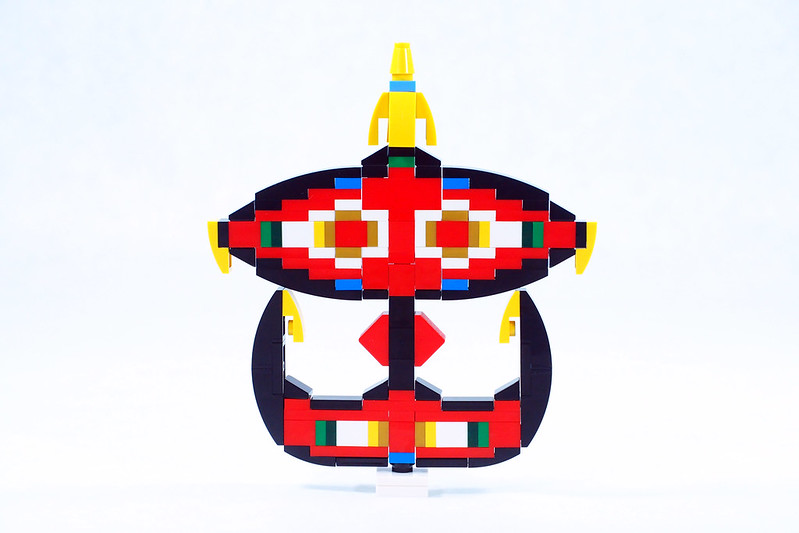 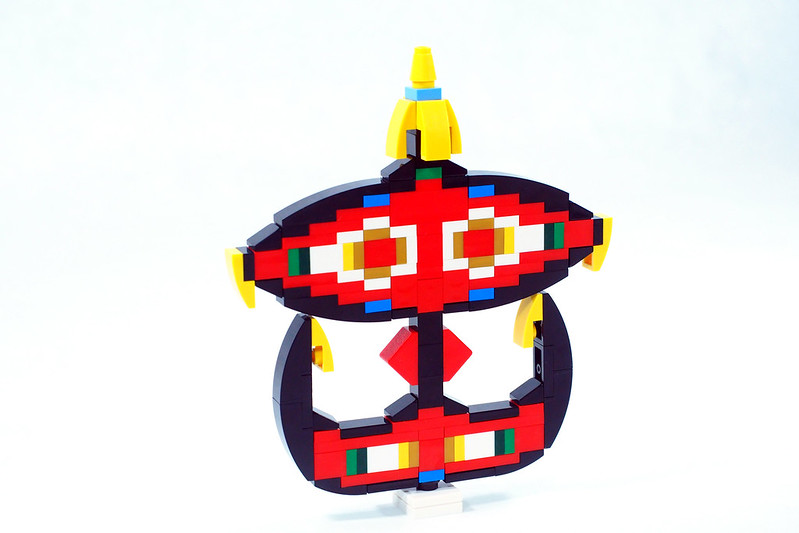 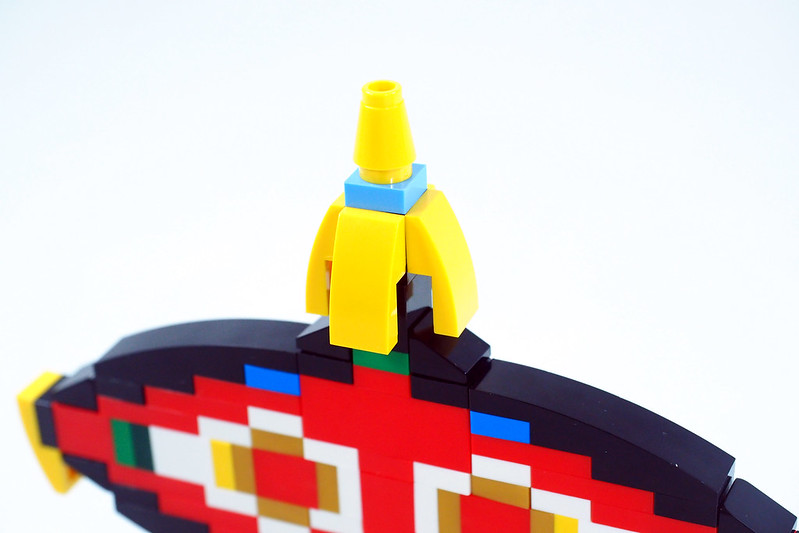 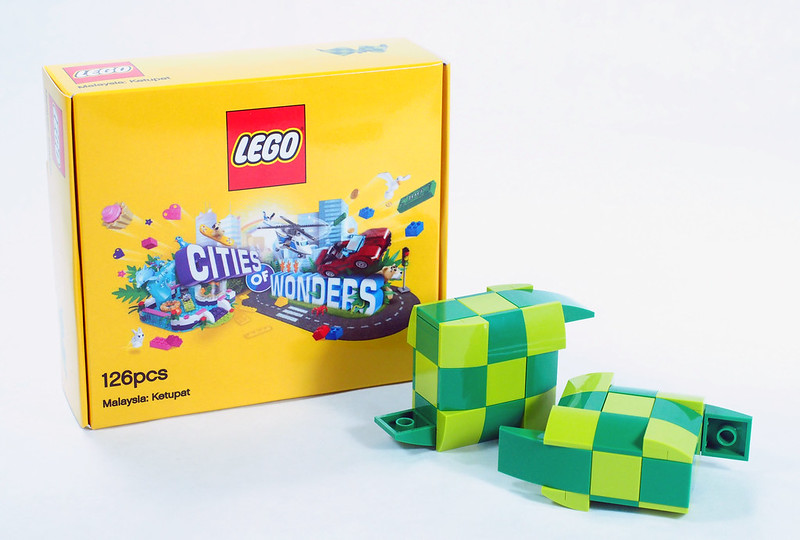 The ketupat is a rice dumpling that are compacted into a diamond shape with the use of a weave of coconut palm leaves. 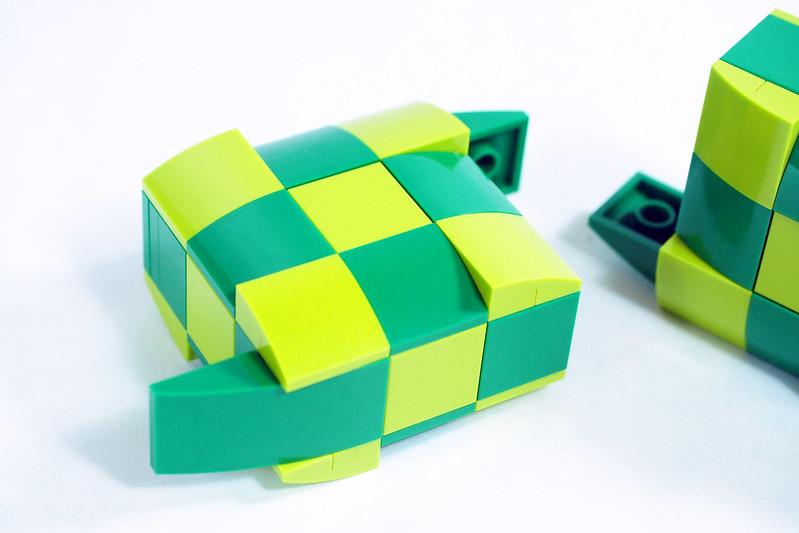 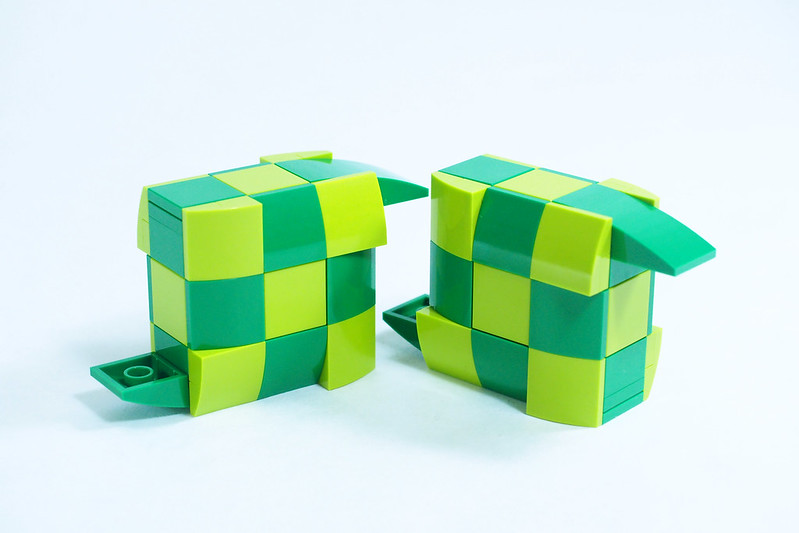 The designs of these mini-builds were inspired by fellow AFOLs Ng WY and Wing Yew and then later modified by Singapore’s only LEGO Certified Professional Nicholas Foo.

These mini-builds are really unique and an accurate reflection of the country’s heritage and culture and you will probably never see these again.

Each country’s mini-builds are different and so I plan to compile all the different instructions for the benefit of those who are unable to get their hands on them.