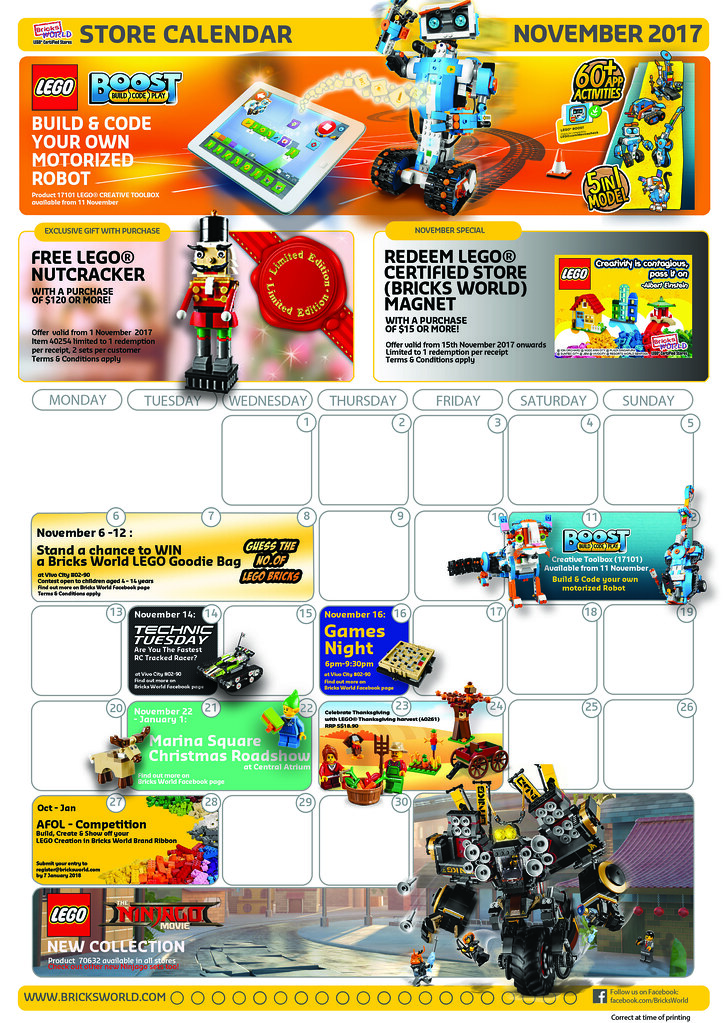 The LEGO Certified Store (LCS) calendar for November is out tomorrow but we got a sneak peek at some of the upcoming promotions for all Bricksworld operated LCS in Singapore.

The holiday season is fast approaching and the main Gift with purchase for the month would be the LEGO Nutcracker (40254).

It is redeemable for every SGD$120 spent on LEGO products on a single receipt. Each customer is only allowed to redeem two so stocks should be rather limited.

November  6th to 12th: Guess the number of bricks contest and stand to win a Bricksworld goodie bag. 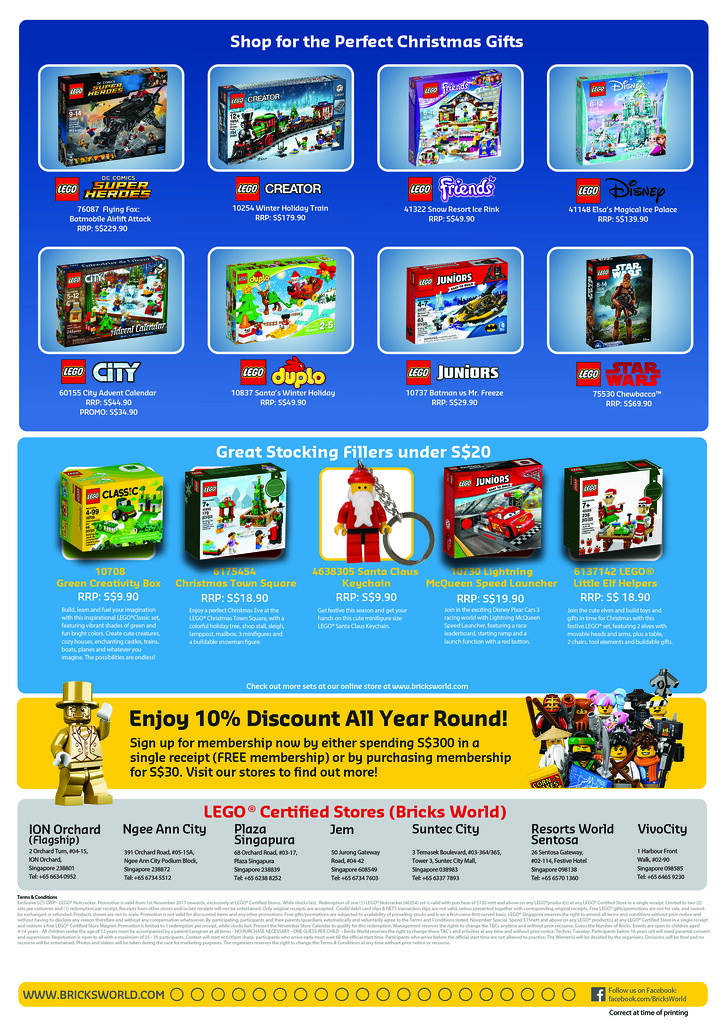 The two promotions will not be ‘stackable’ so it’s either one or the other. The redemption amount for the LEGO Nutcracker is a bit better in Malaysia than in Singapore as it is about SGD$20 more to redeem one.