We now have a much better look at one of the sets that will coincide with the launch of the movie in November. 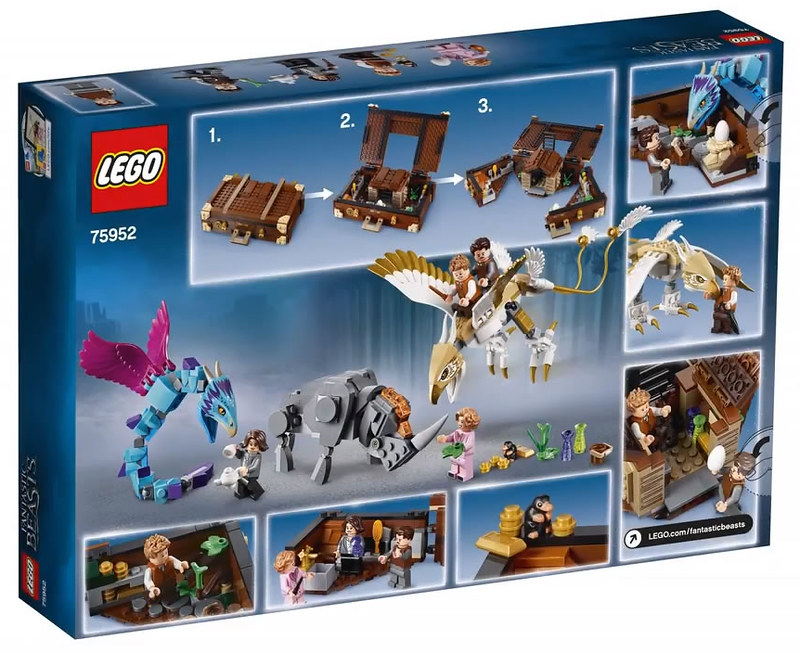 It will contatin 694pcs and will have a retail price of 49.99€ (SGD$80). The minifigures included are Queenie Goldstein, Tina Goldstein, Newt Scamander and Jacob Kowalski.

The suitcase is brick built and it transforms into Newt’s little habitat for magical creatures and yes, the Niffler figure is included. I made a little animated .gif to illustrate how his suitcase opens.

As reported earlier, LEGO Fantastic Beasts Newt’s Case of Magical Creatures (75952) will come with brick built versions of a Thunderbird, Erumpant and an Occamy.