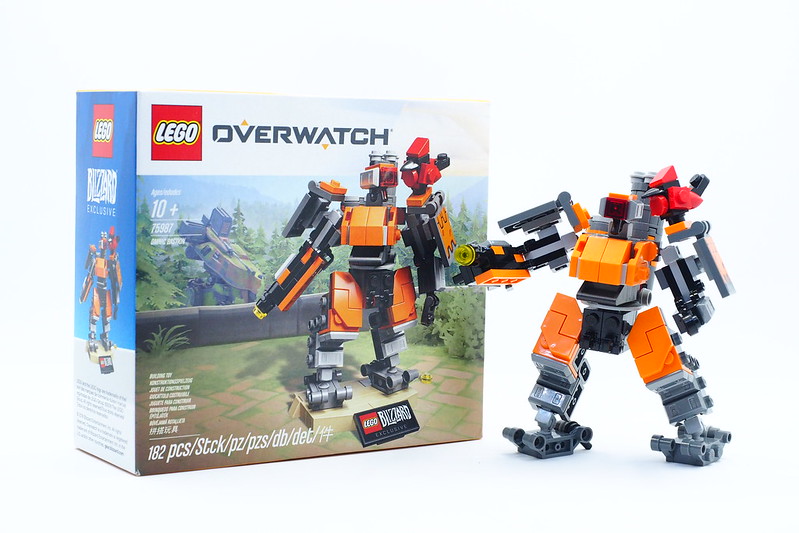 The announcement of the Blizzard Exclusive LEGO Overwatch set took me and quite a lot of my friends completely by surprise.

I definitely was not expecting to actually physically own any LEGO Overwatch sets till 2019 rolls around as we haven’t heard a peep of LEGO’s line up for this much anticipated theme. I also apologise for not being able to punch this review out sooner as I’ve been swamped with work but here goes! 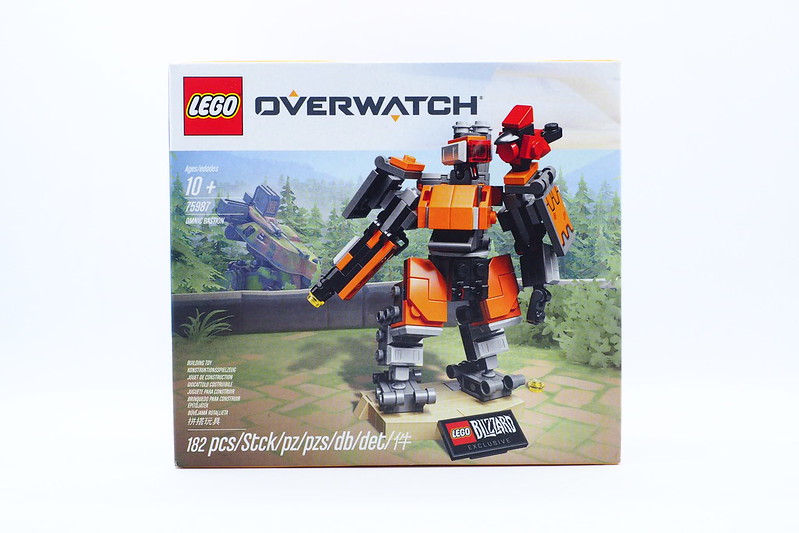 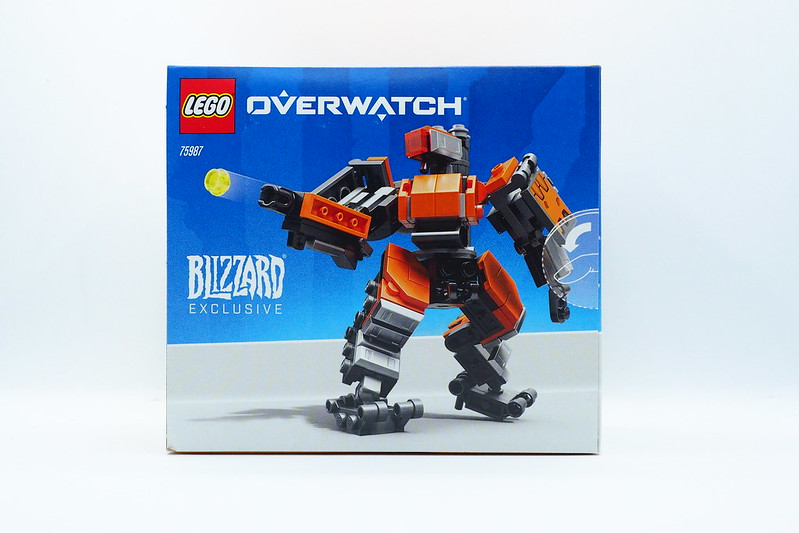 It contains 182pcs split into three unnumbered bags which is still manageable as the piece count is pretty low. The instruction booklet is rather thick for a 182 piece set but it will become apparent once you start building the model. 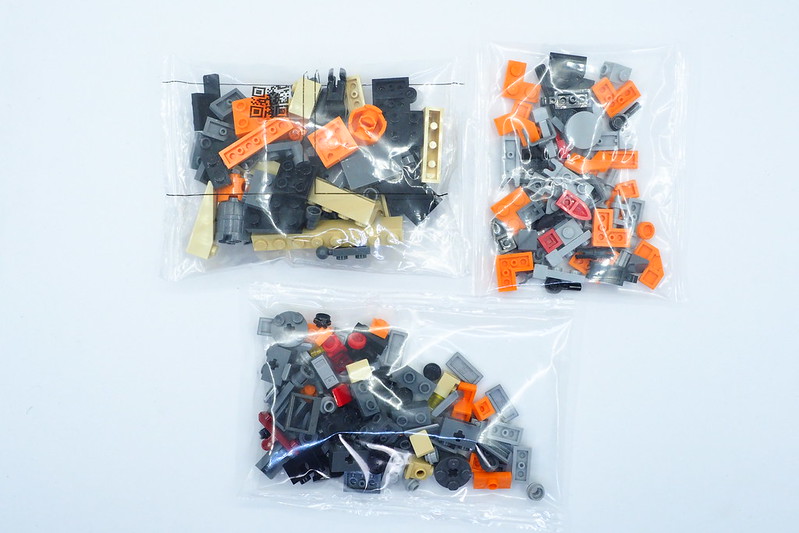 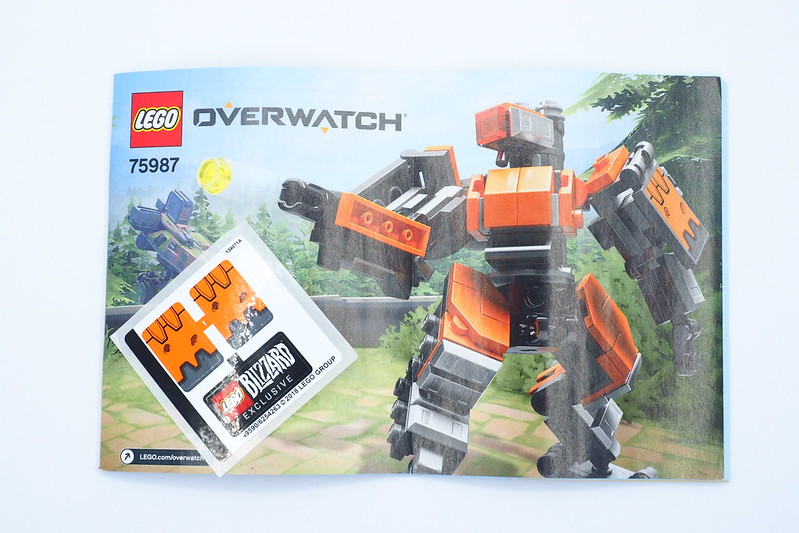 There is a sticker sheet which contains just three stickers which is fine for a set this size but it does make me wonder why Blizzard / LEGO didn’t just go with the printed option. 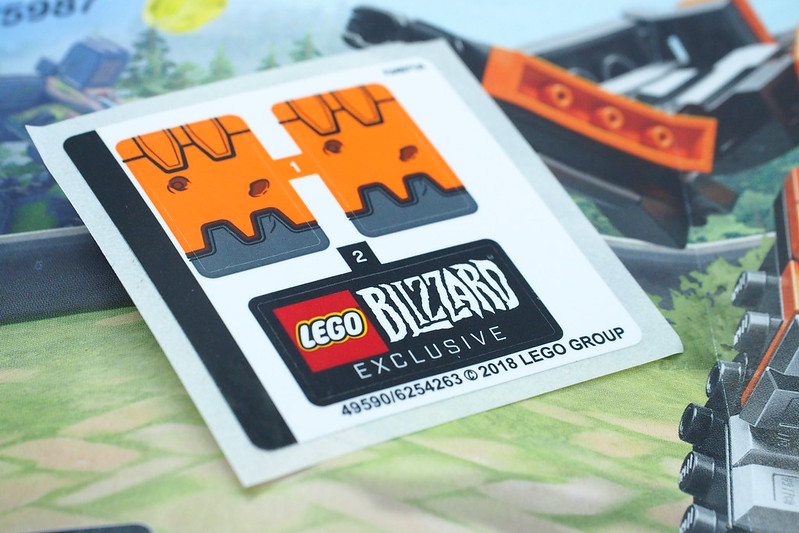 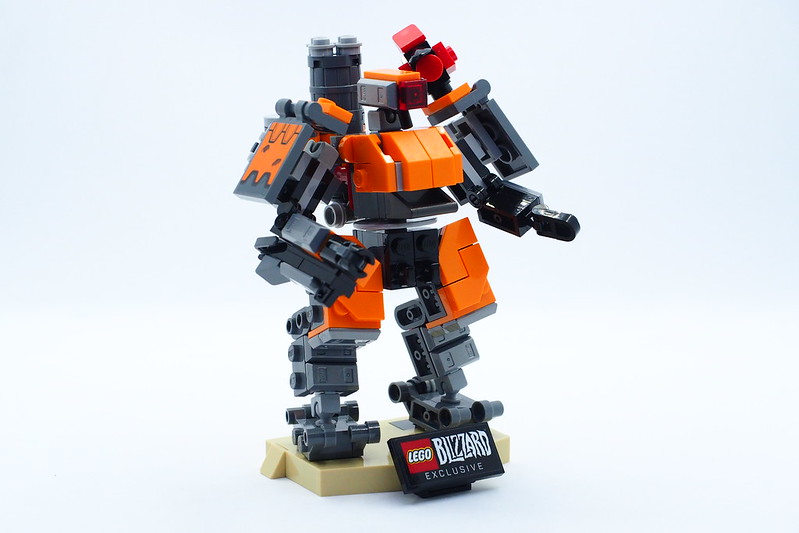 As with any set of this size, it didn’t take long to complete although I would still categorize this as an intermediate build as essentially you are constructing a “mech” which is a departure from your usual car or modular building. 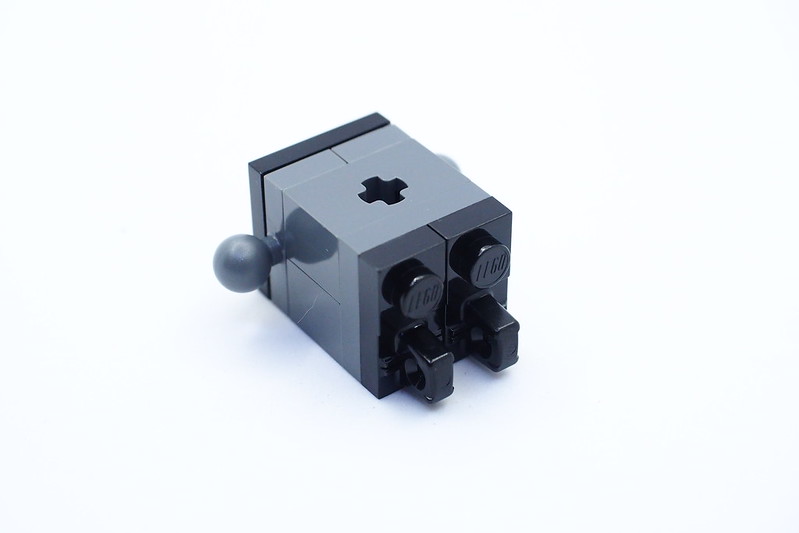 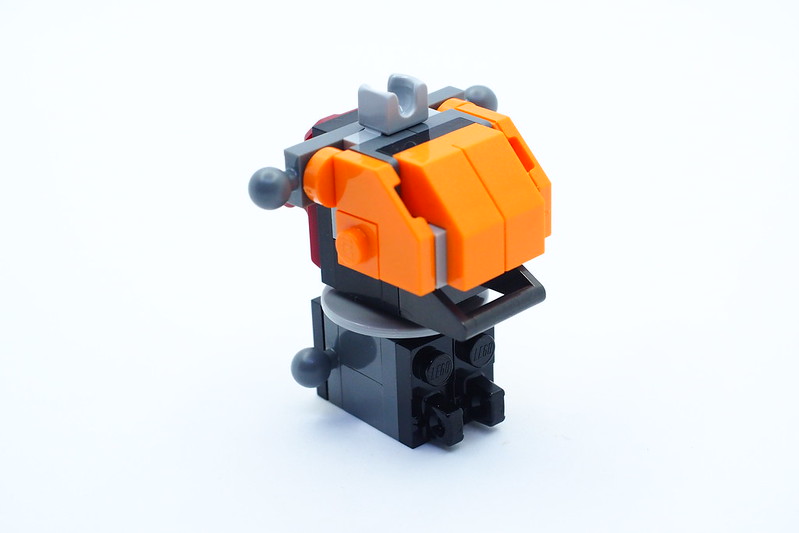 That being said, the entire process took me slightly more than 20minutes to finish (with all the photo-taking included).

If this is your first time constructing a LEGO “mech / robot”, you’re in luck as this is like a starter kit for “mecha” building. 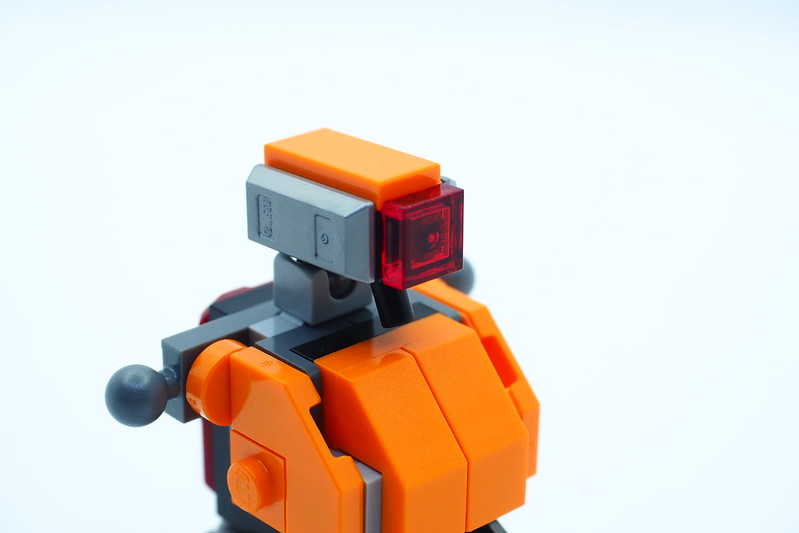 The building process is easy to follow and it does impart a lot of basic “mecha” building techniques in which you could easily adapt to your own robot. 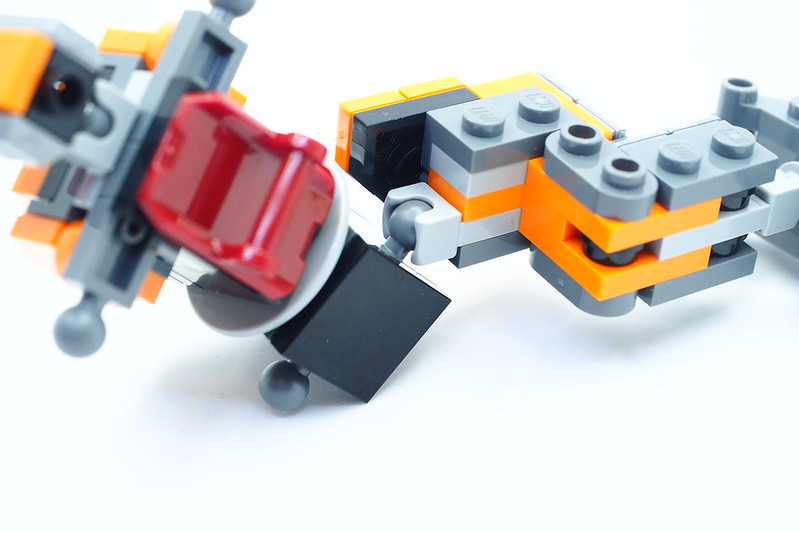 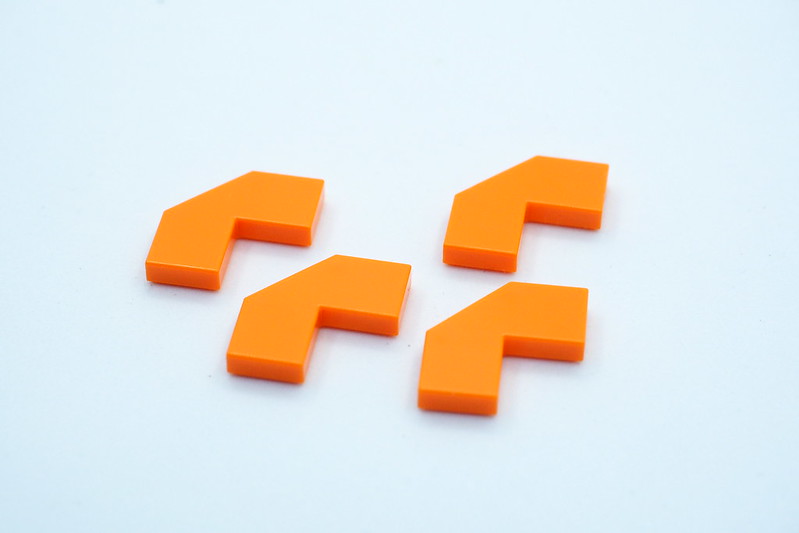 I can understand the reason behind not releasing a LEGO Bastion in the original colour palette as I don’t see those key elements having multiple uses in olive green. 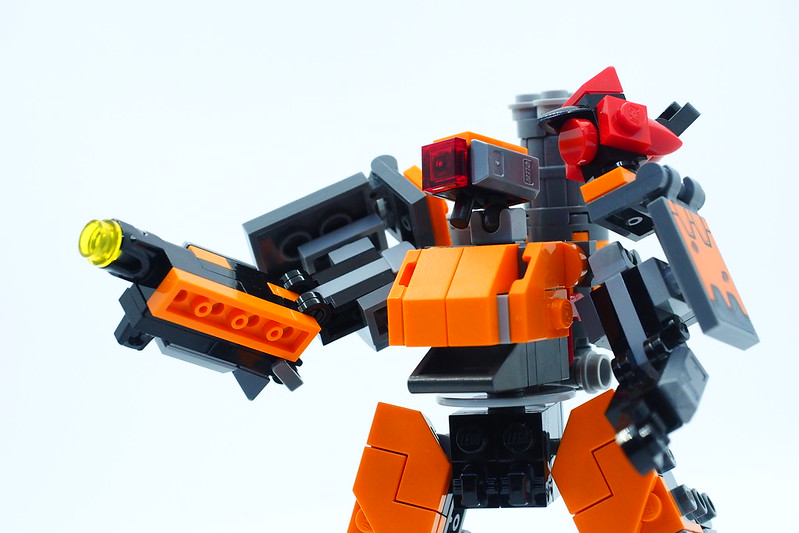 For this size, I felt that the design for this LEGO Overwatch Bastion is spot on. It is a little larger for minifigure scale but I cannot imagine this model retaining all this detail at a smaller size.

Everything from the design of the head to the sloping chest to its angled legs is iconic of the in-game model.

And this model comes with ten points of articulation, eleven if you could Bastion’s gatling gun at the back, which makes this one of the most posable LEGO builds I’ve ever come across. 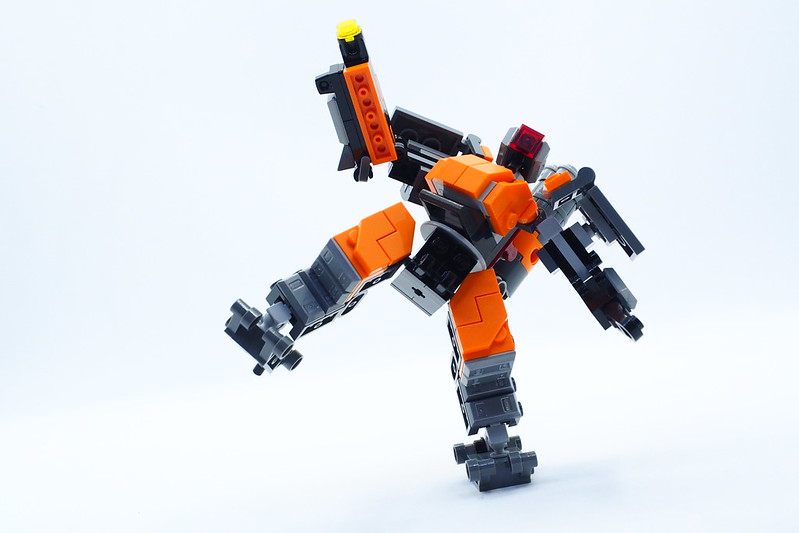 Not only is it posable, the model is actually quite stable. Once the legs are planted firmly on a flat surface, the torso is free to swivel around without toppling over. Of course there is a limit to any bipedal model which would make Bastion fall over.

his set is designed by Woon Tze and Raphael along with the help of Arnold Tsang, the designer of the Bastion in-game model. Woon Tze is the LEGO Designer responsible for the latest LEGO Harry Potter Hogwarts Express. 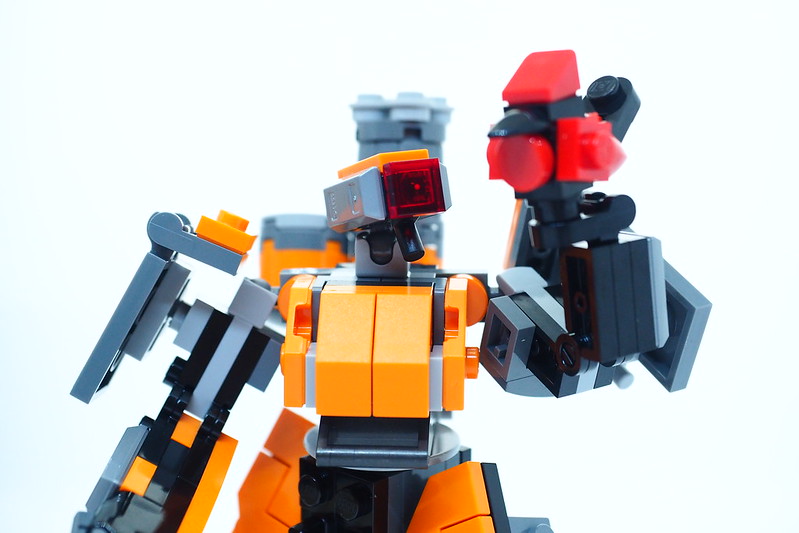 The price point for the set is definitely a drawback as at USD$25, it is quite pricey as a set of this size usually retails for USD$9.90.

Granted that this is a Blizzard exclusive and you cannot get this anywhere else, I still feel that they could have done a bit better with the price as USD$25 translates to SGD$34.50 for me. And that is without shipping.

The total with shipping for just this one set was SGD$42 which is the equivalent of a medium sized set.

As an Overwatch fan, this is a must have. We have all shelled out a lot more for other overpriced Overwatch merchandise so this is actually not too far of a stretch.

As a LEGO fan, the amount you’re paying for is the exclusivity. As this can only be bought from the Blizzard online store, they get to set the price which I feel that they could have done a lot more for the fans. 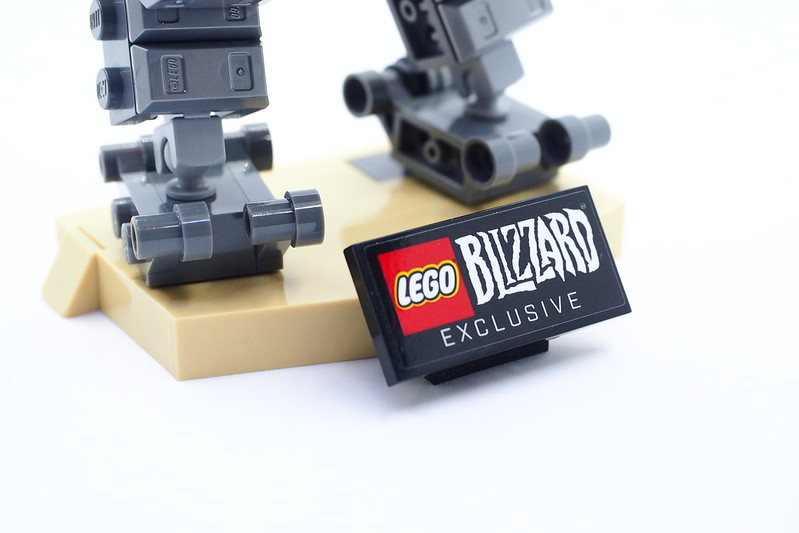 One of which would be to include a printed “LEGO Blizzard exclusive” tile instead of resorting to stickers. Another would to improve on the packing of the sets for shipment as both my boxes were crushed by the time they arrived. 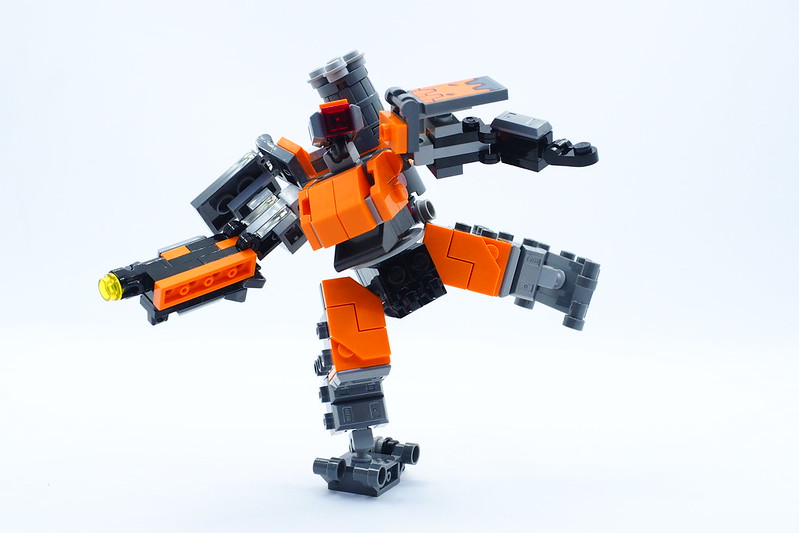 If anyone is interested in getting a set, it is still available on the Overwatch website here. And now, I’m not getting a commission from Blizzard just so you know.