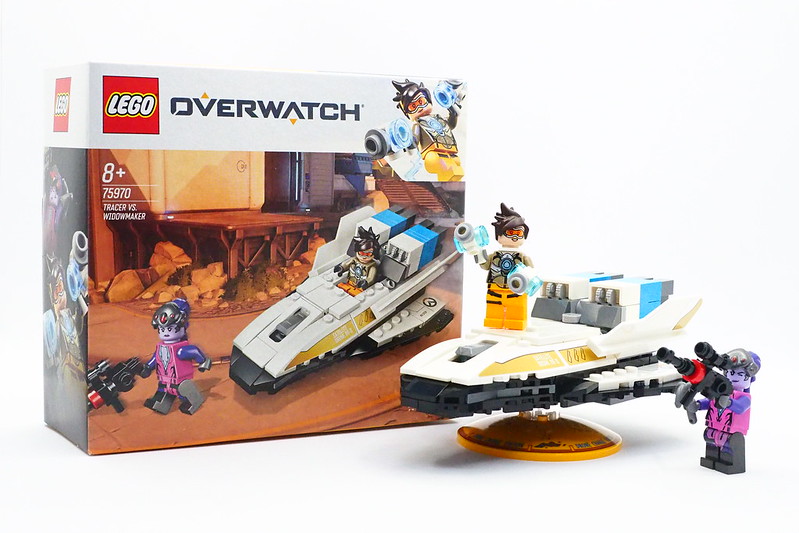 Ever since the announcement of the collaboration with Blizzard, I’ve been waiting with bated breath for these sets to be released as I’m a huge fan of the team-based multiplayer first-person shooter.

There are six sets in all from this wave and I’m going to start with the smallest of the lot which is essentially the “starter” set for the series. 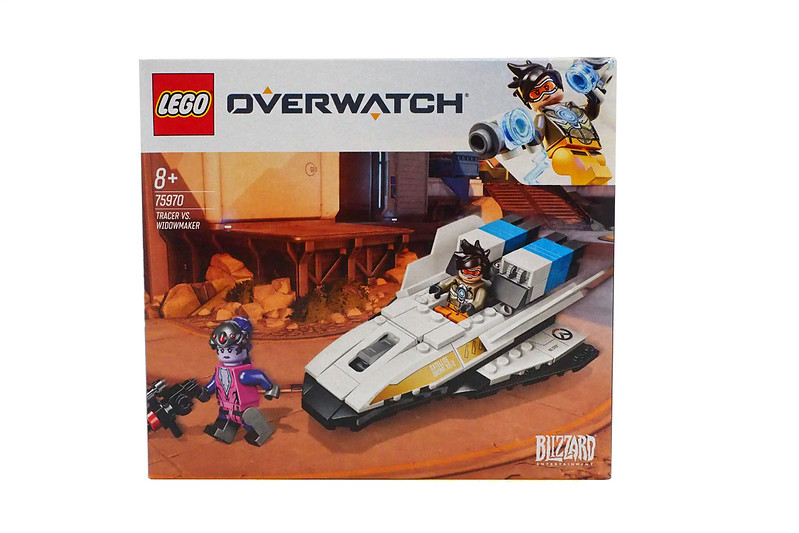 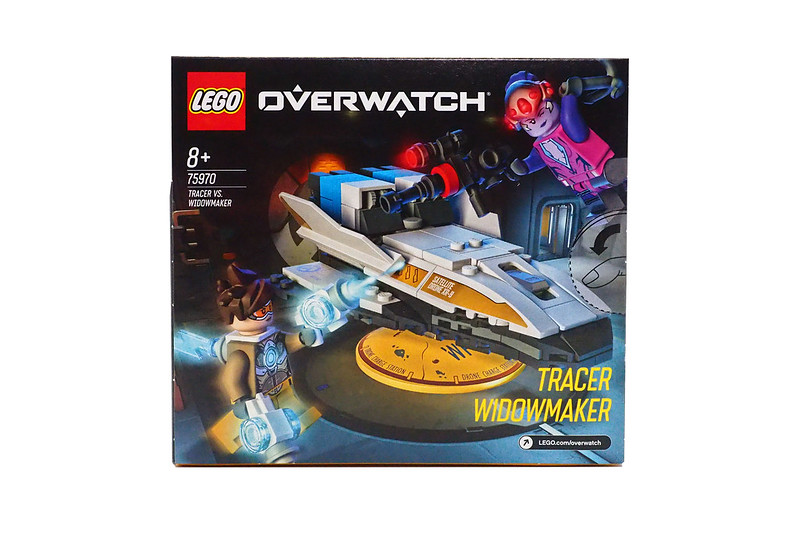 The box is the same size as your regular LEGO City starter set and it comes in three unnumbered bags. The set consists of only 129 pieces and one could easily just open all the bags at once without fear of missing a step. 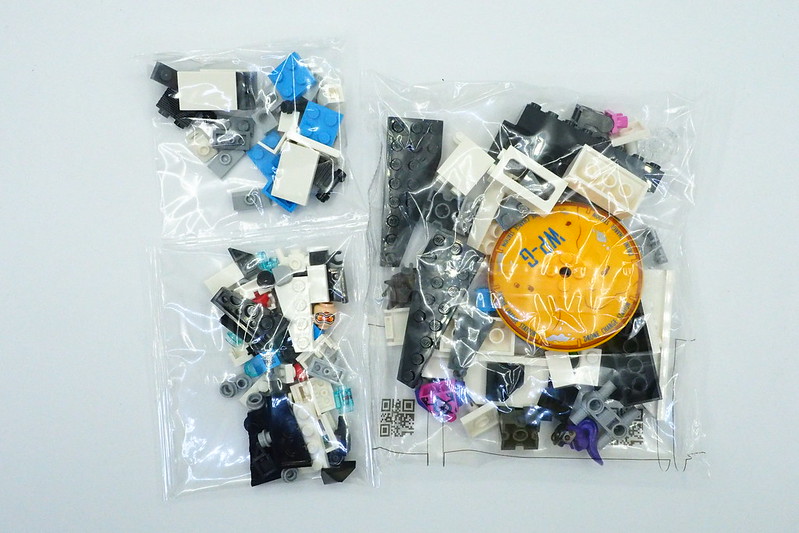 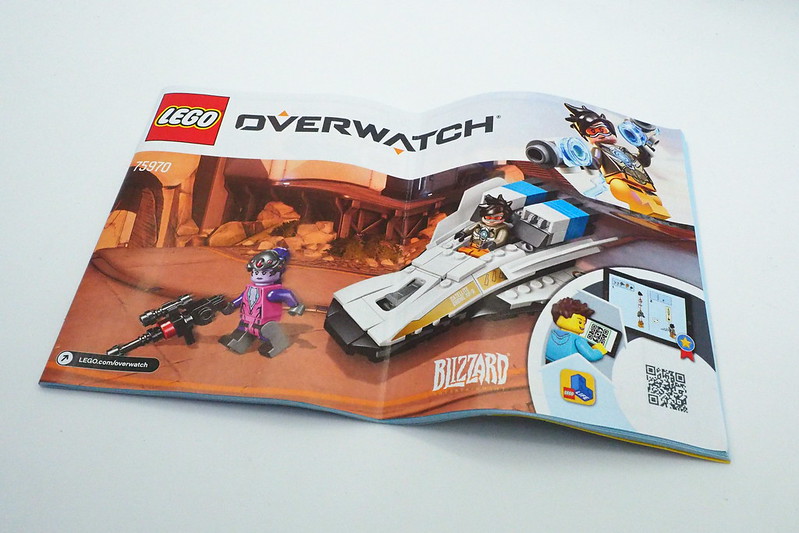 There is also the instruction booklet and the dreaded sticker sheet which thankfully only has six stickers to apply. 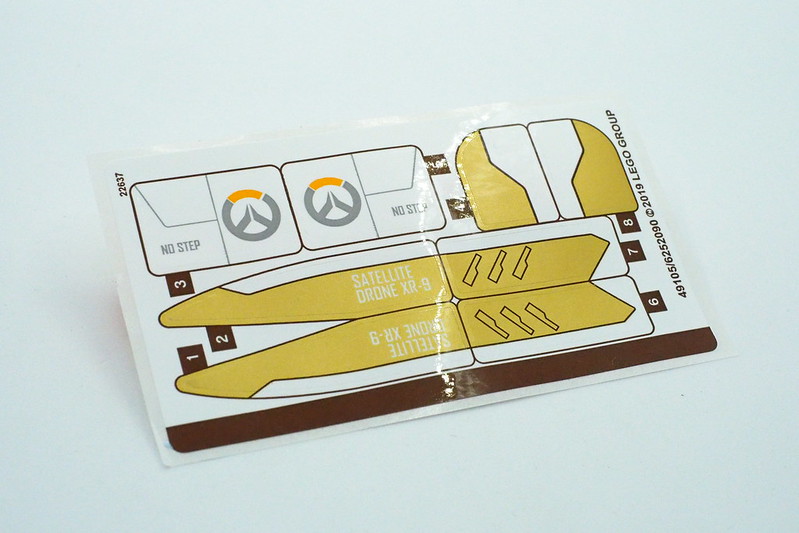 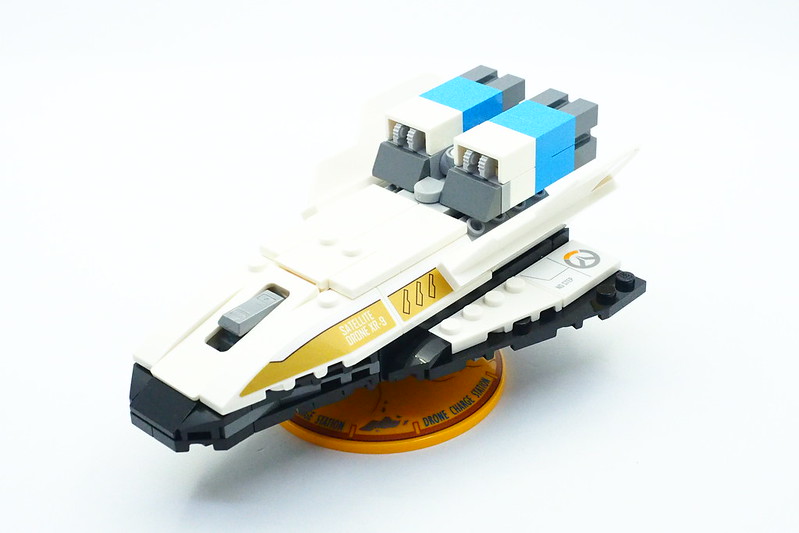 Easily the fastest build out of the six sets from this wave, it just took a mere 15 minutes to complete. 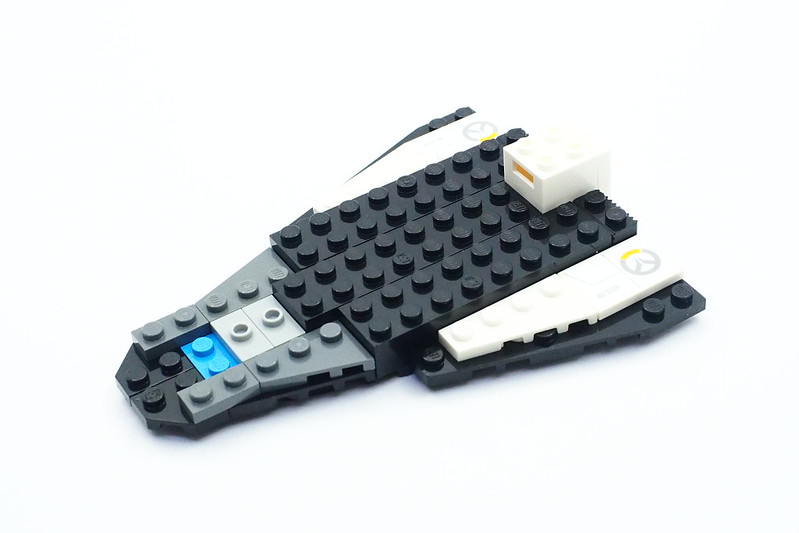 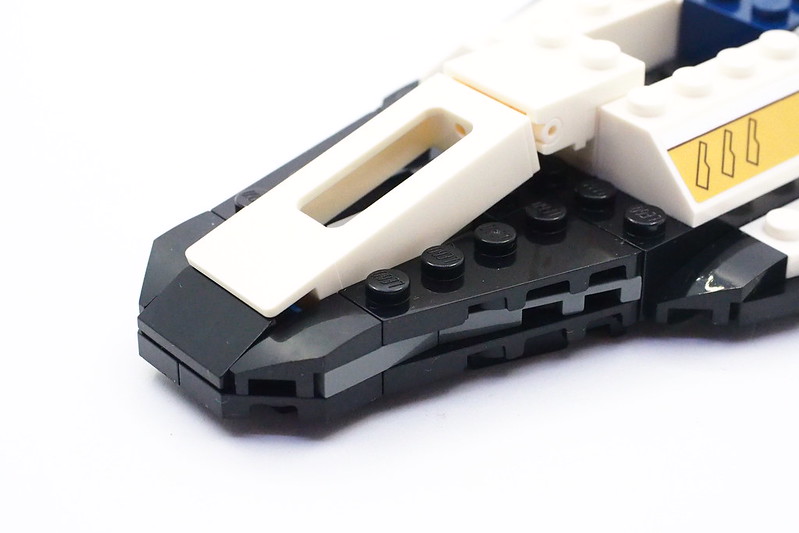 The shuttle drone is a straight forward studs-up build which is great for beginners or people who are coming into LEGO for the first time. 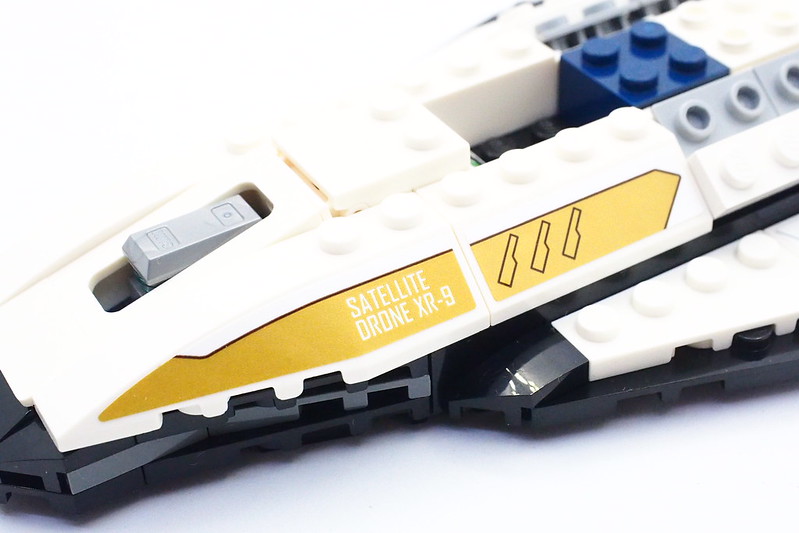 Both Tracer and Widowmaker come with some brick-built accessories and it was quite interesting to construct Widowmaker’s sniper rifle out of lightsaber handles and the ‘new’ pistol element. 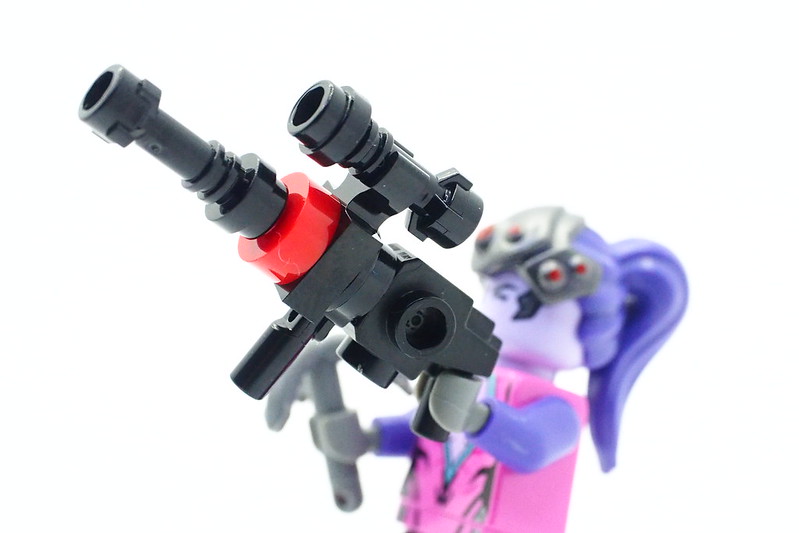 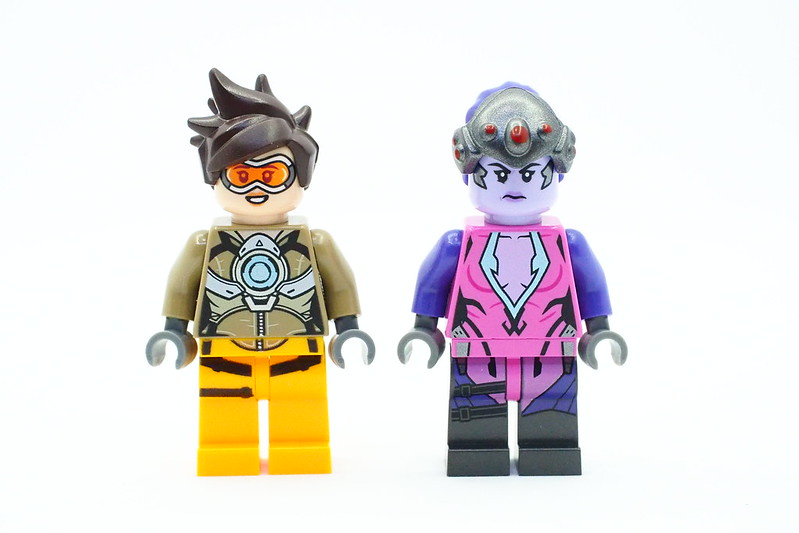 This is the true highlight of the set for me. Tracer is one of the most popular characters in the Overwatch line up and the designers managed to capture the details of her costume in LEGO form. 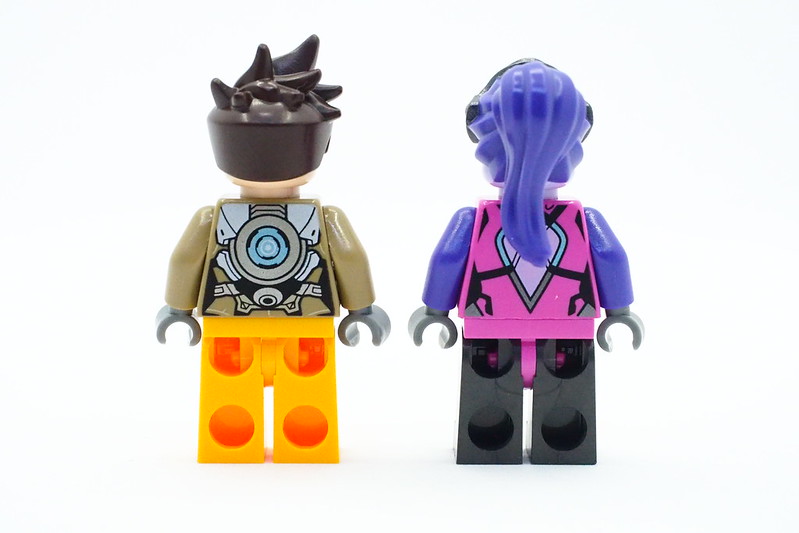 They come with unique hairpieces which are debuting in this set along with new torso and leg assembly prints.

Both characters comes with two sets of expressions which is a nod to their digital counterparts in the game. 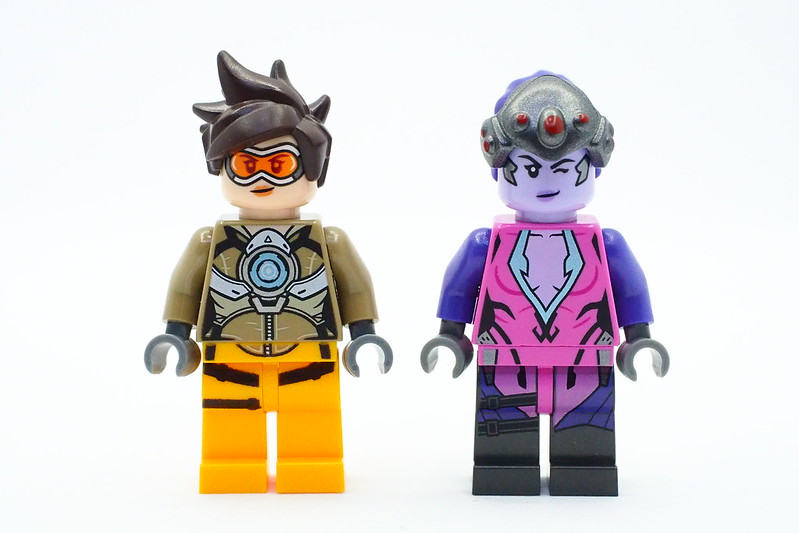 Tracer comes with her iconic pulse pistols which are also constructed with the white pistol element and you can attach the trans blue lightning element to her back to mimic her “teleport” ability. 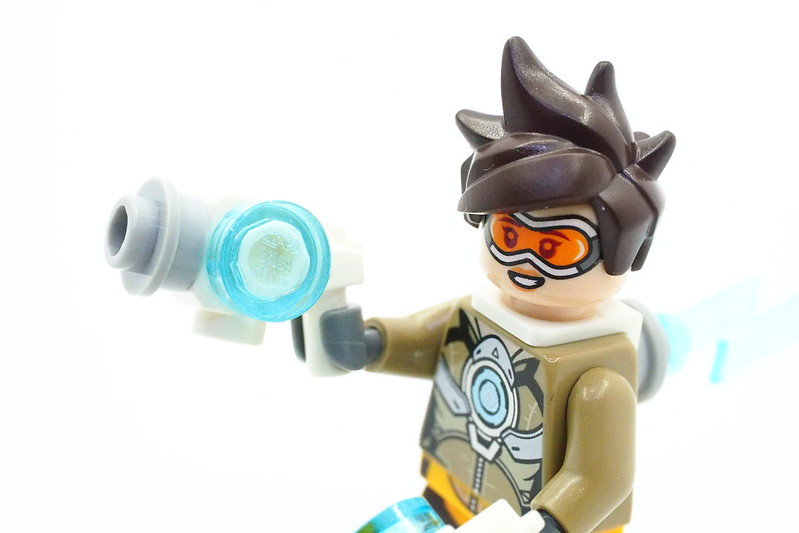 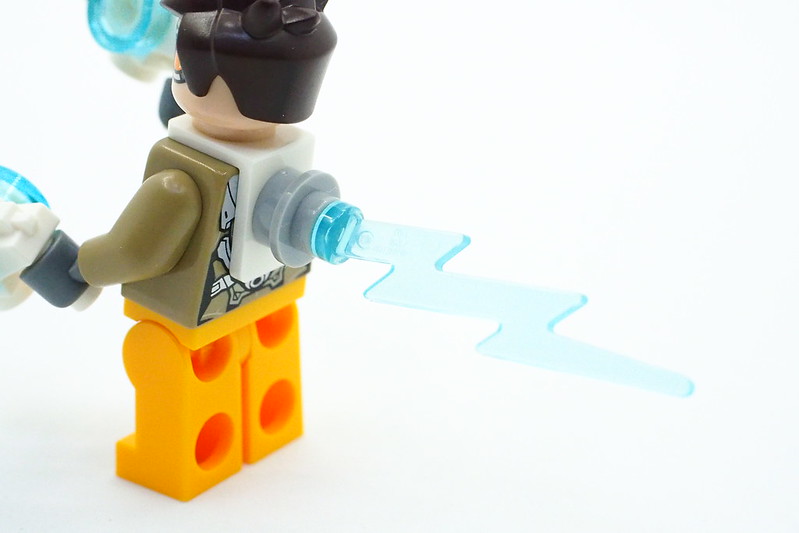 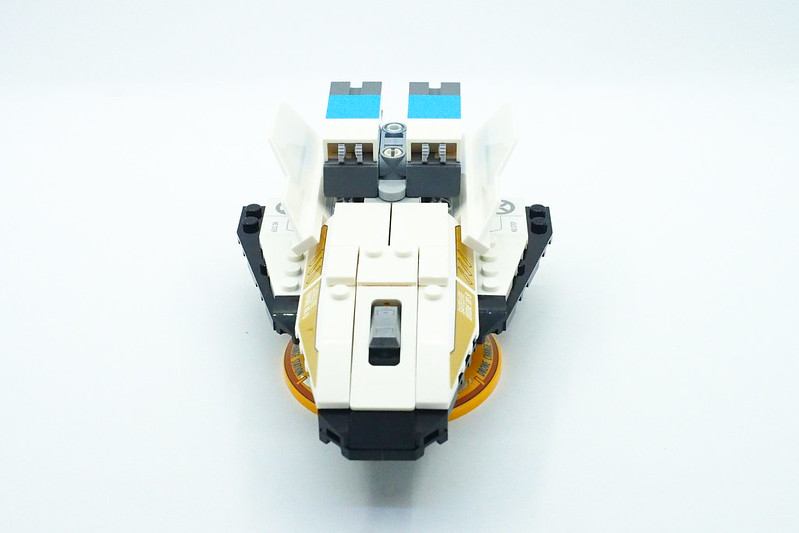 This LEGO shuttle drone is meant to represent the one that you need to escort to complete one of the missions in the game.

It captures the shape of the shuttle along with details like the angular wings and the exposed engine core at the front of the bonnet.

There is one small gripe that I have which is the cockpit of the LEGO shuttle drone where Tracer is supposed to be able to sit in. She comes with her backpack which gets in the way of the Light Bluish Grey 1×1 Flat Tile 1/2 circle. 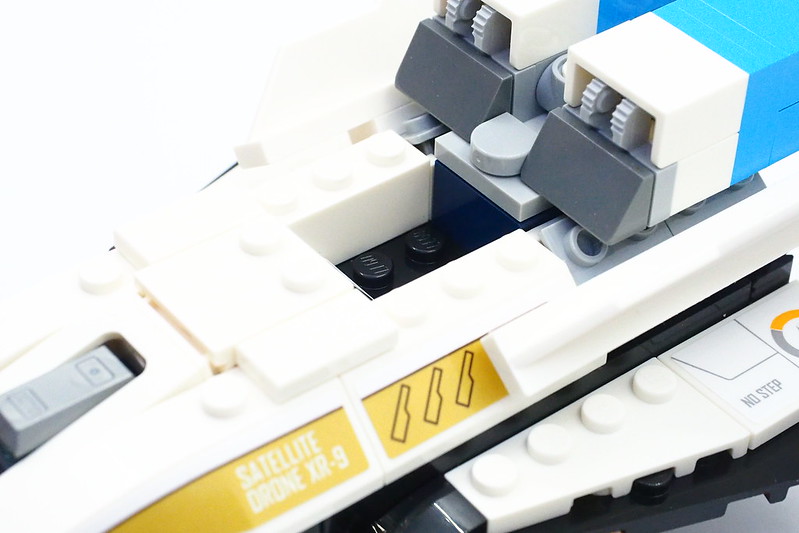 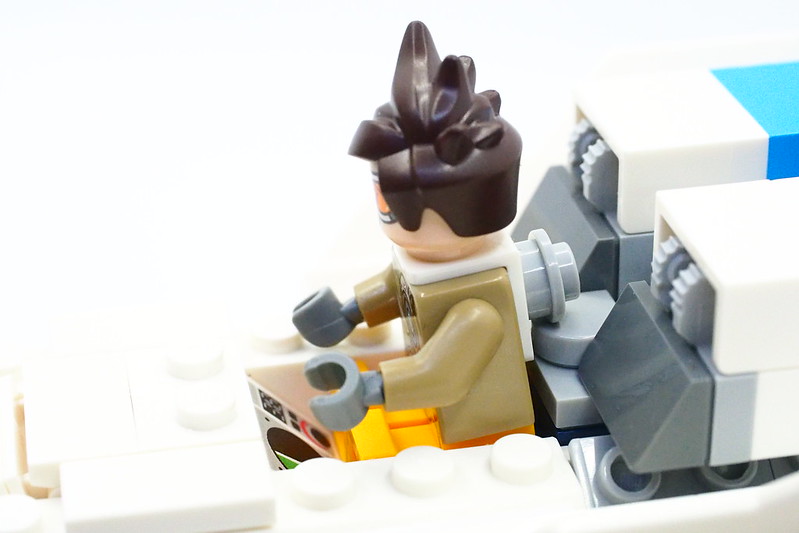 I think she would be able to fit nicely if it was replaced by a 1×2 tile instead of the 1×2 jumper and the 1/2 circle tile. 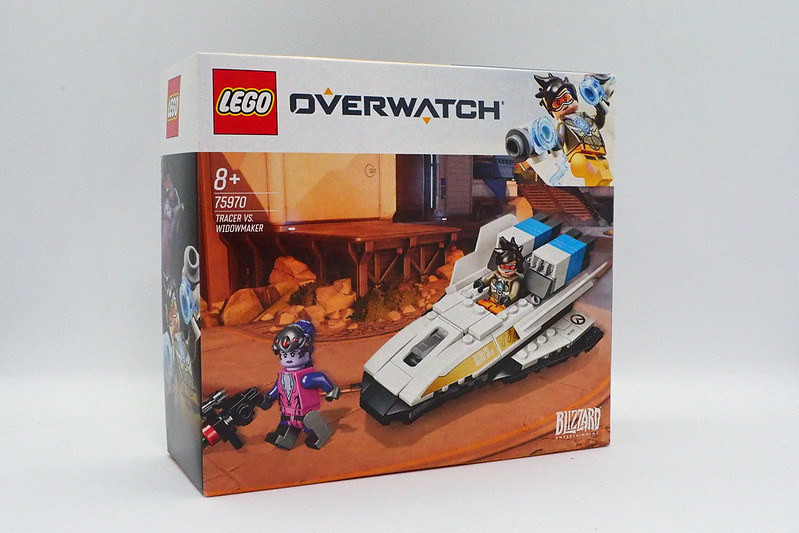 As the first ever LEGO Overwatch series to ever be released, this is priceless for the fans. The recommended retail price for Singapore is SGD$24.90 which is not a bad price for an IP (intellectual property) set.

Although the price per piece is a little bit on the high side (almost 20¢!), you’re basically paying for the minifigures for this set.

I think it is great that they (product managers) chose to include Tracer and Widwomaker minifigures in the set with the lowest price point as it makes it quite accessible for newcomers, especially PC Gamers who have no experience with LEGO.

And if you wait for 20% discount when it is offered at some of the local Singapore stores this set drops to just under SGD$20 which makes it a steal. 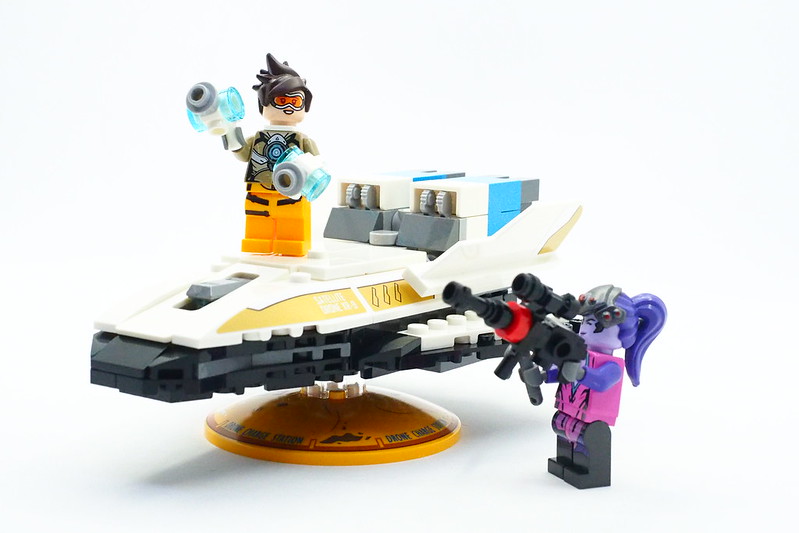 Easily one of my favourite sets of the series as it contains two really popular characters from the PC Game plus it is a great introductory set to non-LEGO fans who are fans of the game.