Our good friend, Wooden Duck, over in Shanghai managed to get these on launch day and generously shared the images with me so that we can get an advance look at the LEGO Chinese New Year’s Eve Dinner (80101) & the LEGO Dragon Dance (80102) set!

I’ll take a look at the LEGO Chinese New Year’s Eve Dinner (80101) set first then move onto the LEGO Dragon Dance (80102) set in the following post. 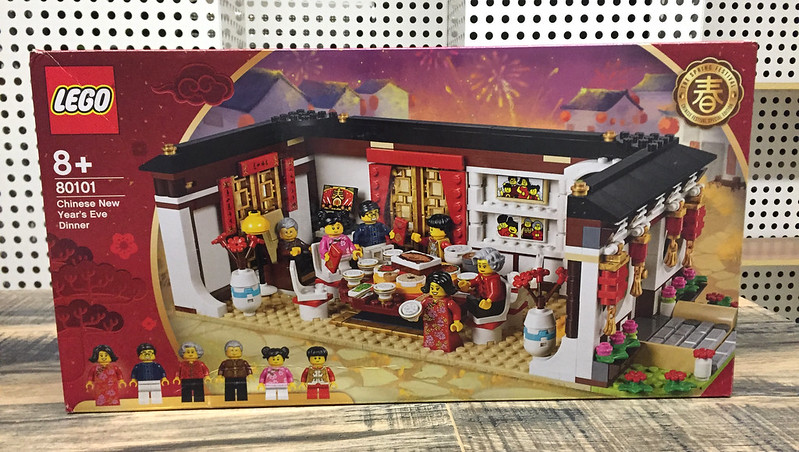 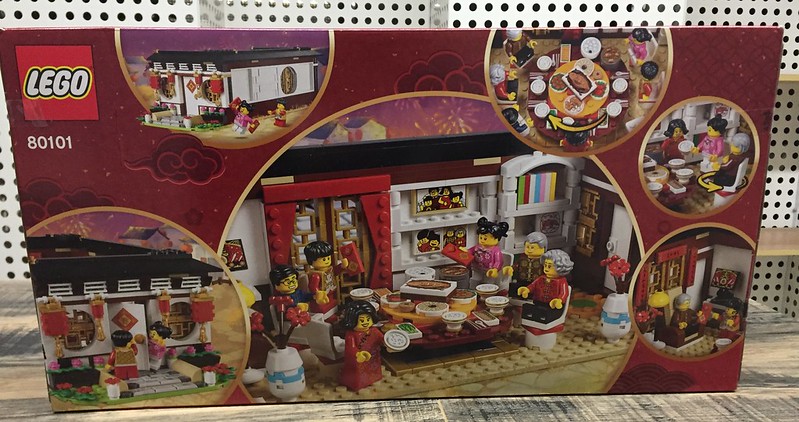 The box houses five numbered bags and two 16×16 tan plates along with the instruction manual and the dreaded sticker sheet. 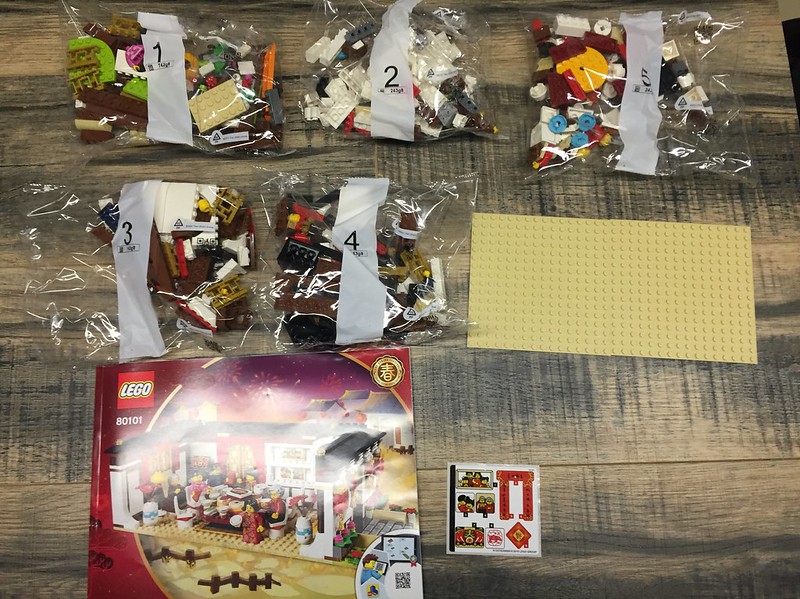 Some graphics are printed while others relegated to sticker form is mainly because it does allow you to reuse the element in the future if the need arises. 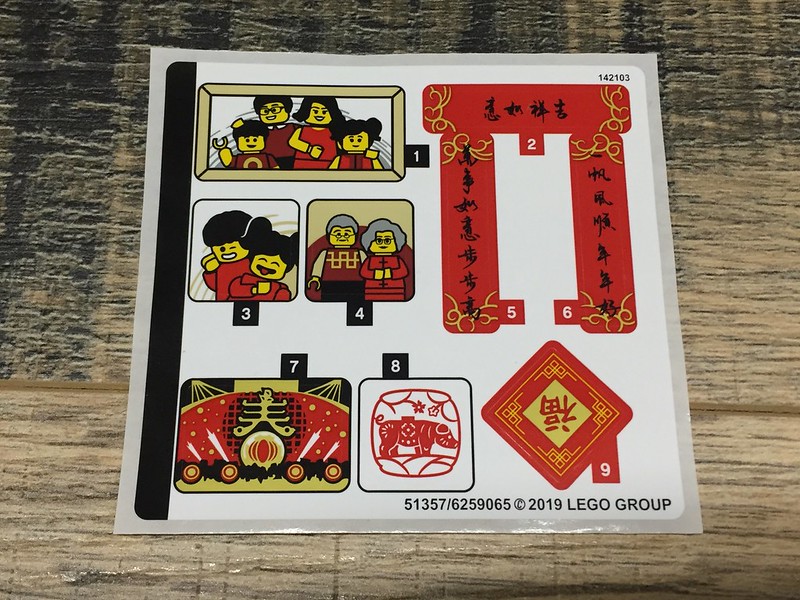 While printed graphics are definitely more palatable, it limits the reusability. 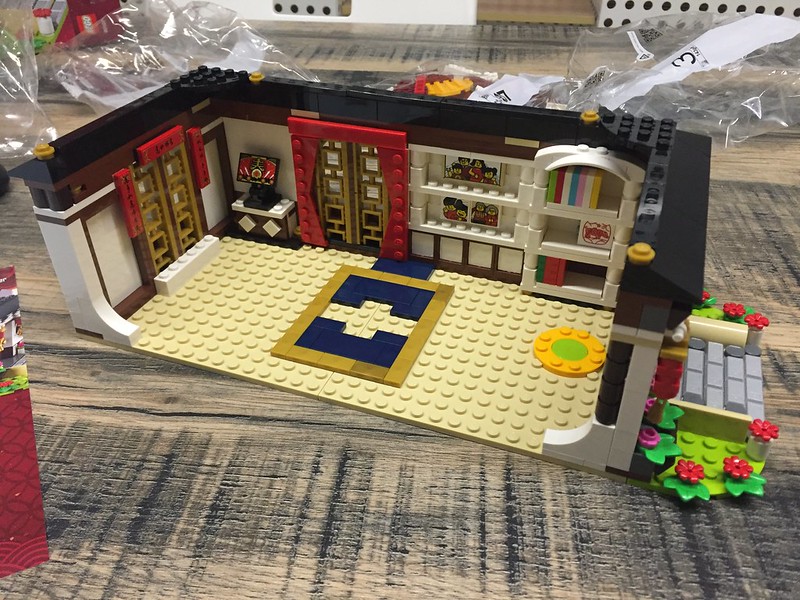 As I’m still waiting for my sets to arrive, these images are the next best thing as it highlights some interesting build techniques and design choices when it came to creating the interiors and exteriors of the house. 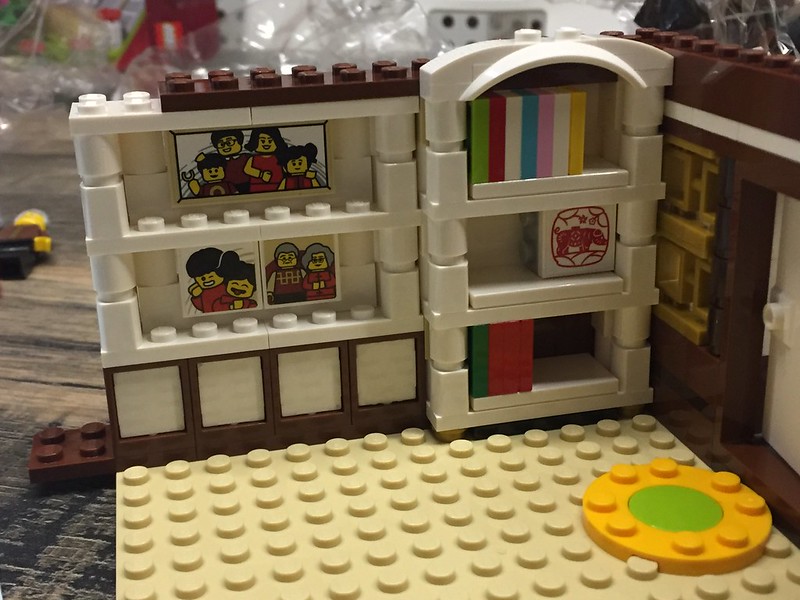 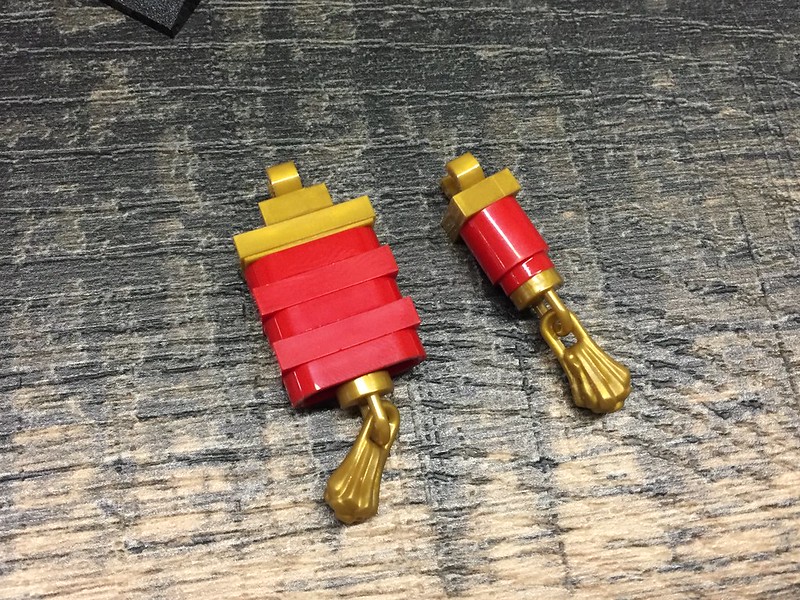 This is definitely not for the novice and there might be some techniques that an intermediate builder might find challenging. 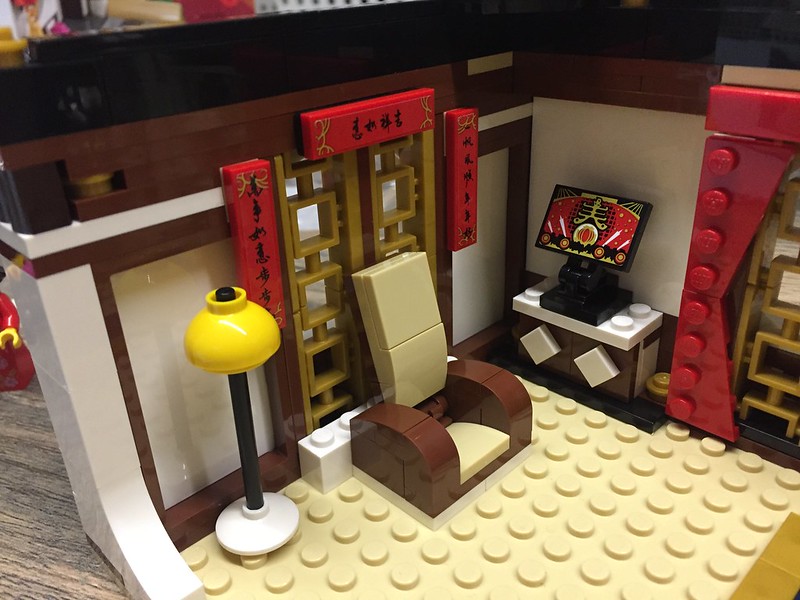 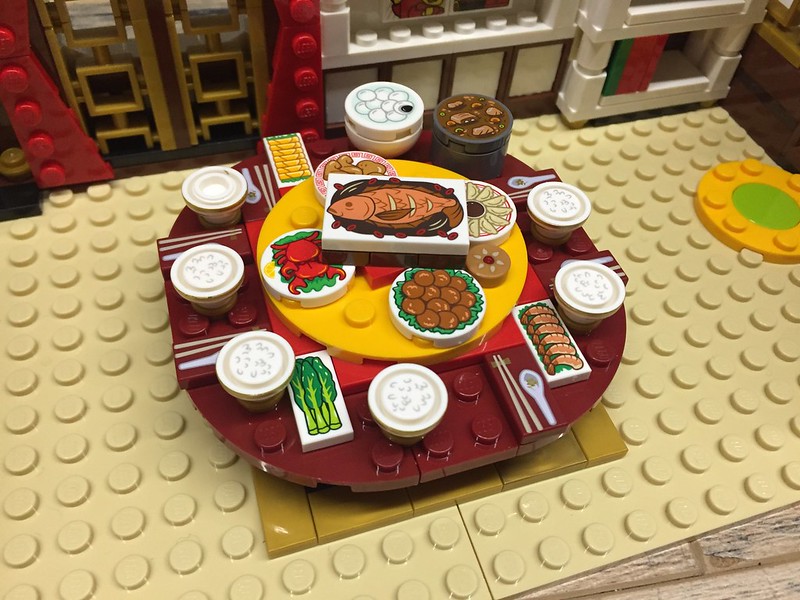 There was one part in the build process that I would like to highlight which is the construction of the dining table. 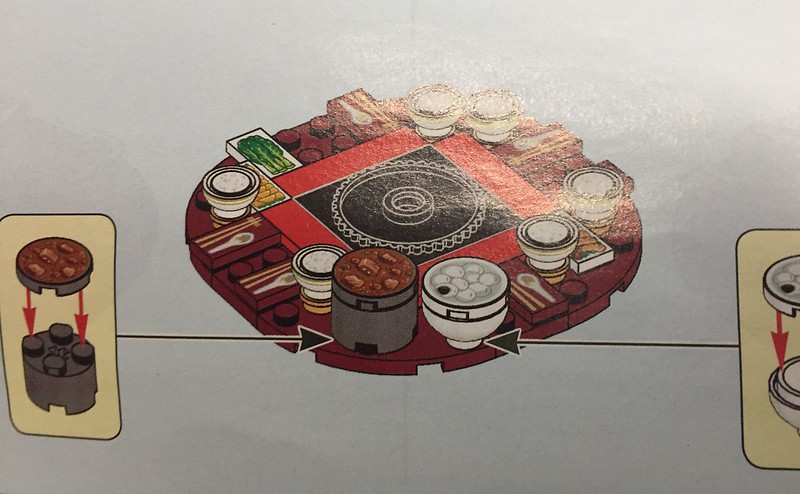 I’m not sure if it was a mistake in the instructions but there is no space for the bowl of rice if placed next to the pot. The bowl will tip over so it had to be placed somewhere else. 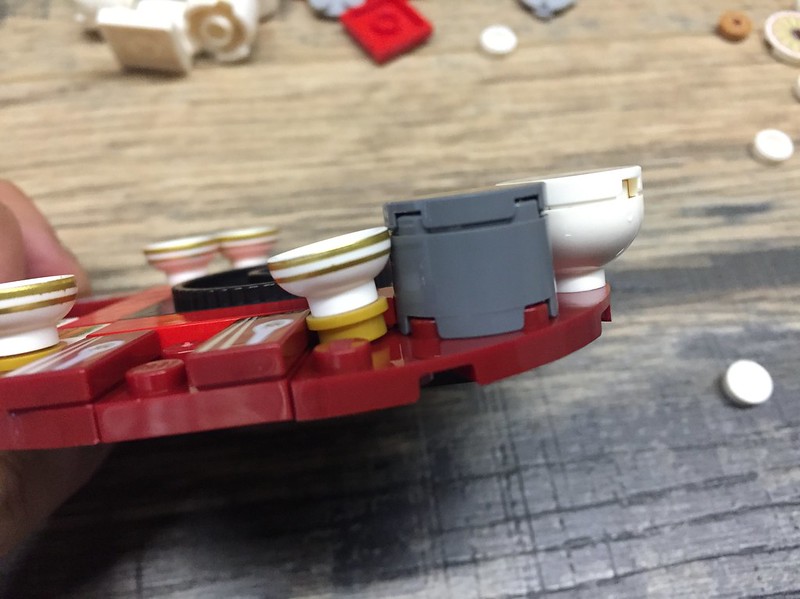 The minifigures all have new torso designs with traditional Chinese motifs which are gorgeous. 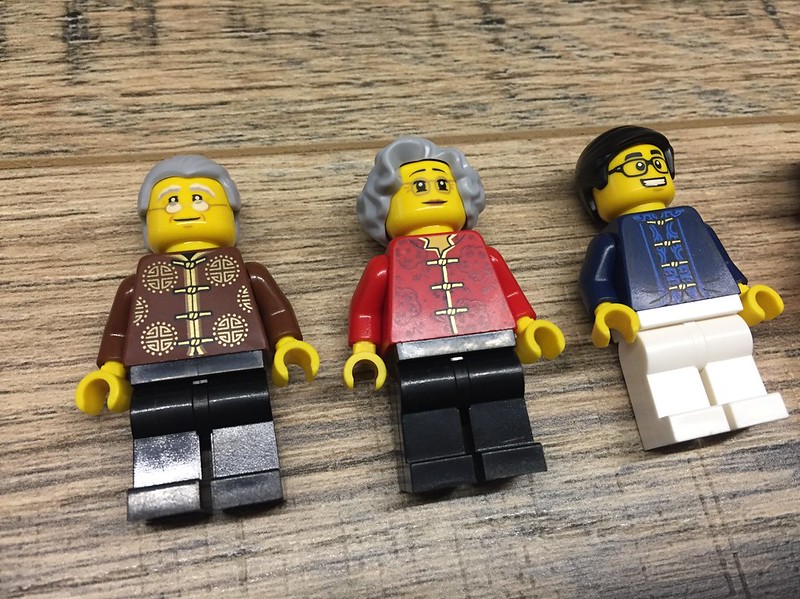 LEGO graphic designer managed to translate some of the more traditional clothing patterns onto the torsos and the results are amazing.

This would also be the first time that we are getting the traditional Chinese “Cheong Sam” outfit on the new minifigure skirt element with prints even on the curve slope portion. 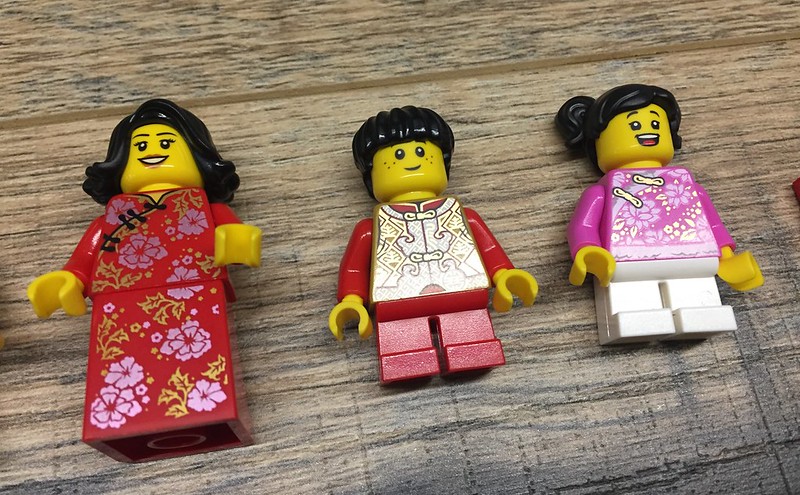 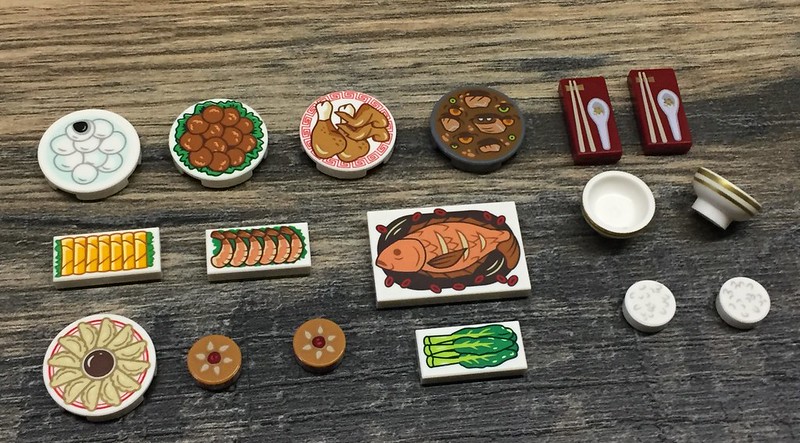 While this set comes with a sticker sheet, there are a slew of printed tiles that are included in this set. 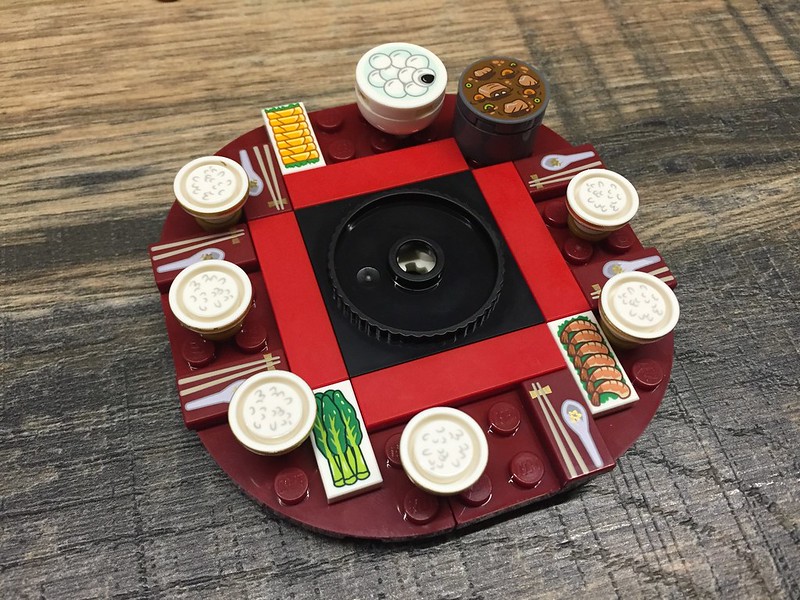 This set comes with printed elements for the food and dishes on the dining table. There is even a printed chopsticks and spoon on a 1×2 tile. 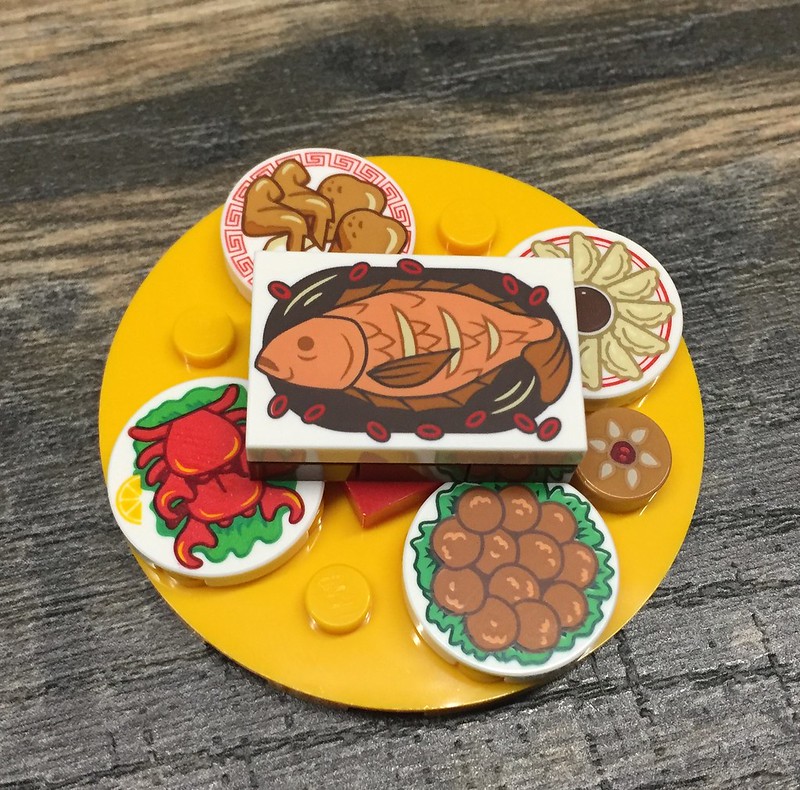 What I really love is the “Hong Bao” (red packets) that is printed on a 1×2 red tile which is something that I’ve been printing on my own since I came back into LEGO. Now that it is official, I don’t have to do it any more! 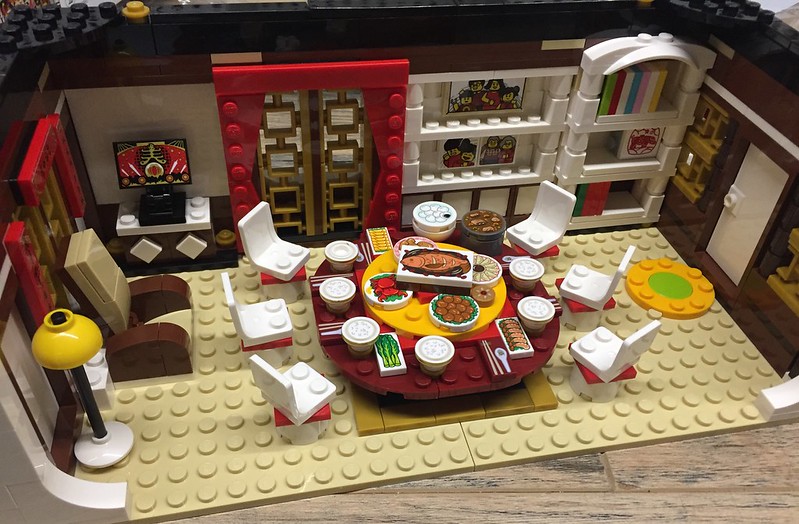 LEGO has primarily been focused in western style aesthetics, including Ninjago as it is more of an amalgam of East and Wes, this would be the first time that they are doing something steeped in Chinese aesthetics. 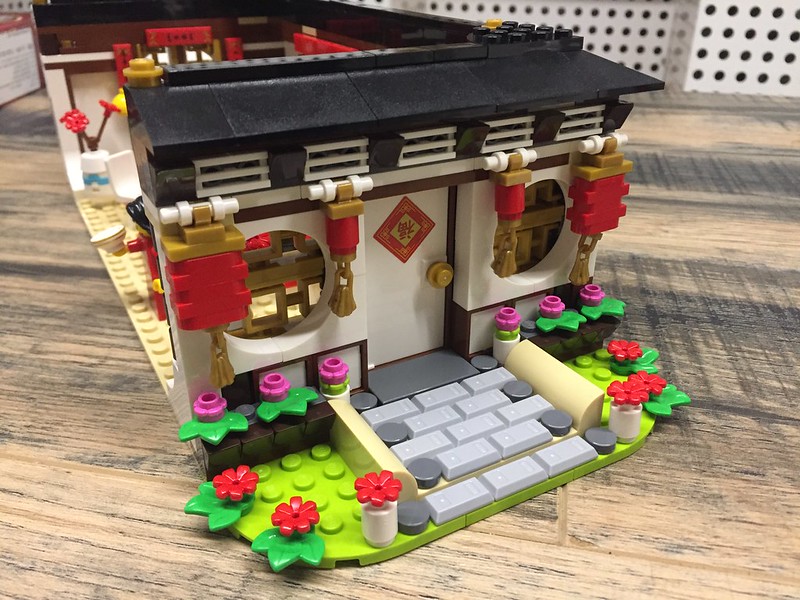 It was really comforting to see traditional Chinese designs being recreated in LEGO like using the 1×2 ingot element in Light Bluish Grey for the cobblestone entrance. 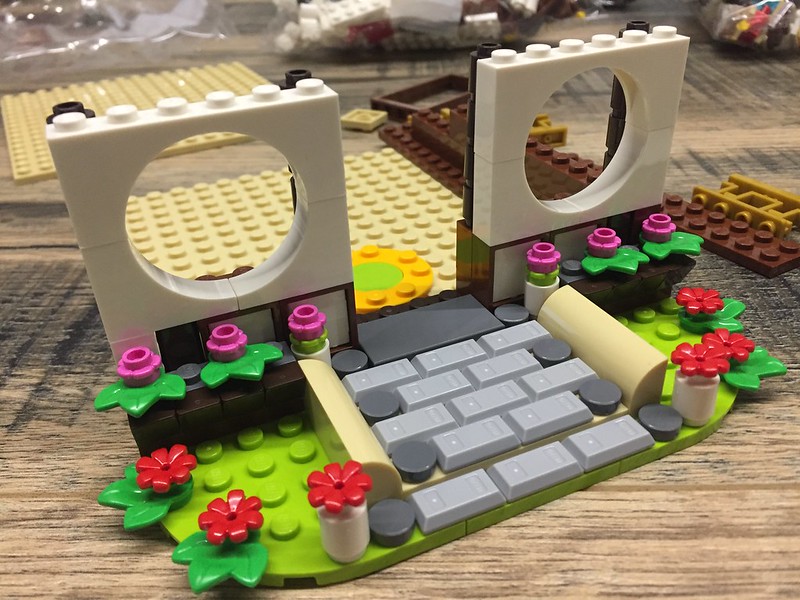 Using the 1×1 brick with stud on the side is a great way to stack books on a bookshelf. 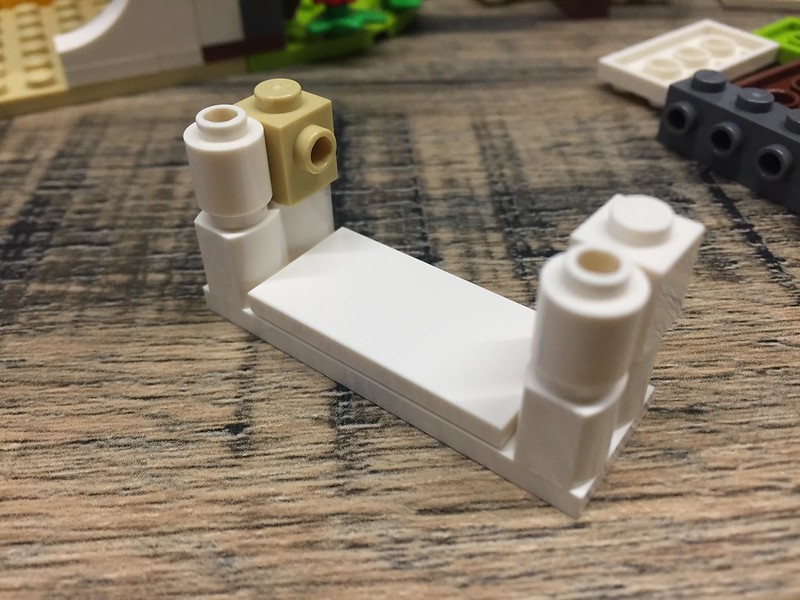 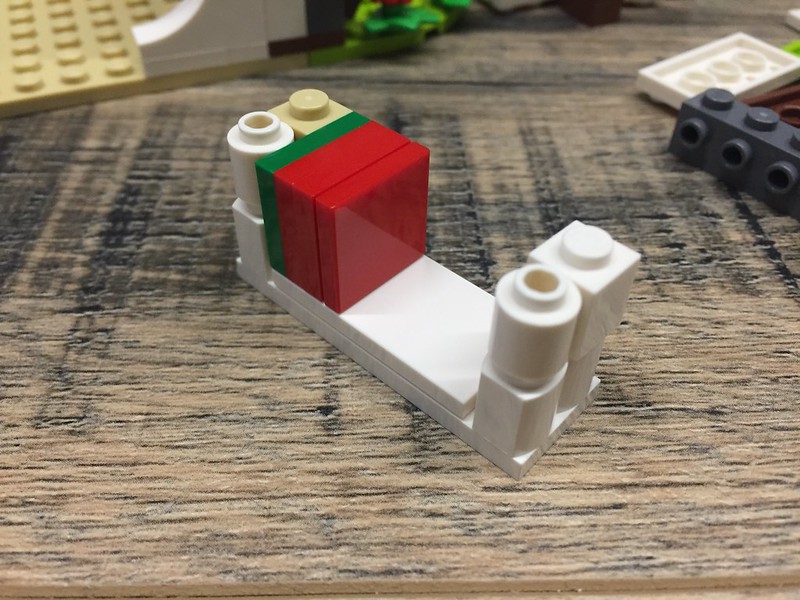 One thing to note, the “Fu” sticker for the door is meant to be applied upside down as in the instructions. It is a tradition that the “Fu” sign be place upside down in Chinese households to symbolise “luck”. 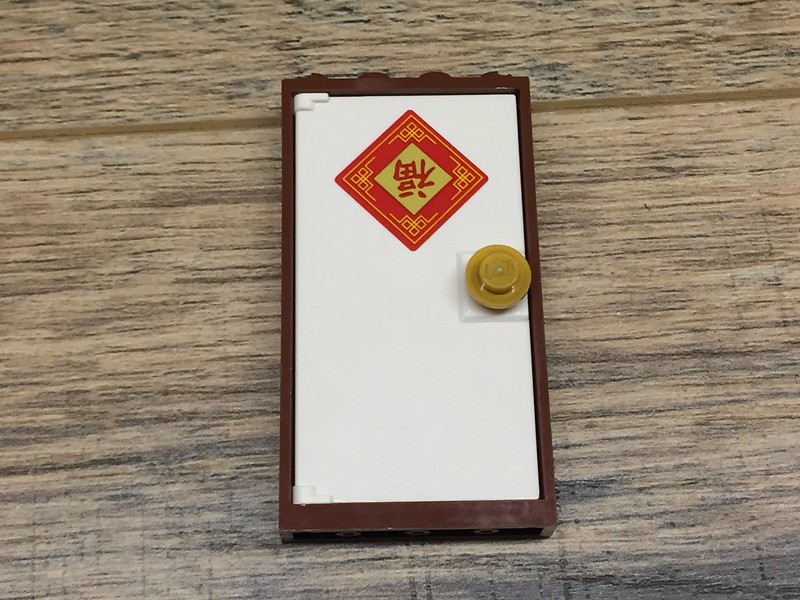 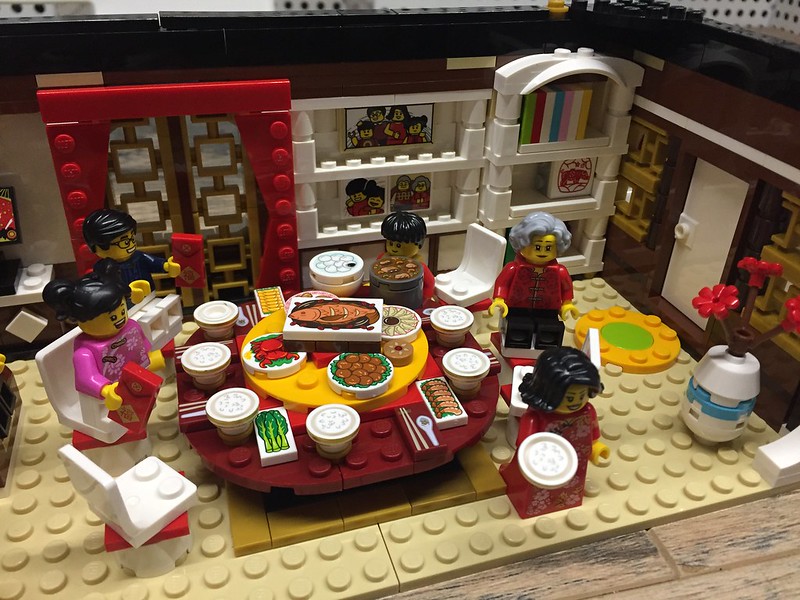 The response to this set has been overwhelming from AFOLs all over the world. The pre-order sales in Singapore has been swift as the price point of SGD$89.90 is very palatable.

I’m definitely going to get a set on January 1st and build it in time for the Lunar New Year in February!

(Special thanks to Wooden Duck for his highly details photos!)