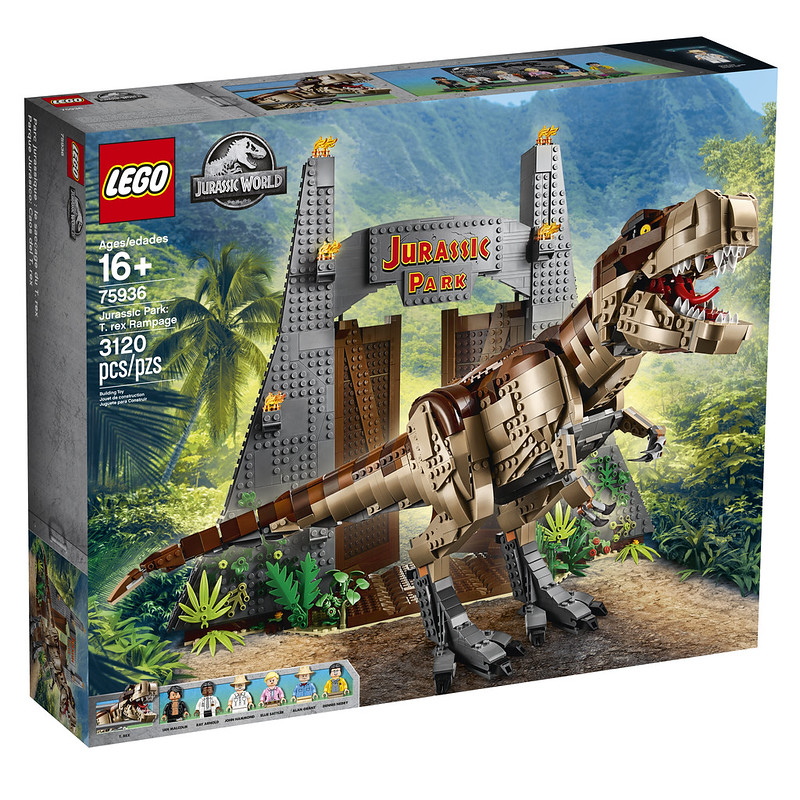 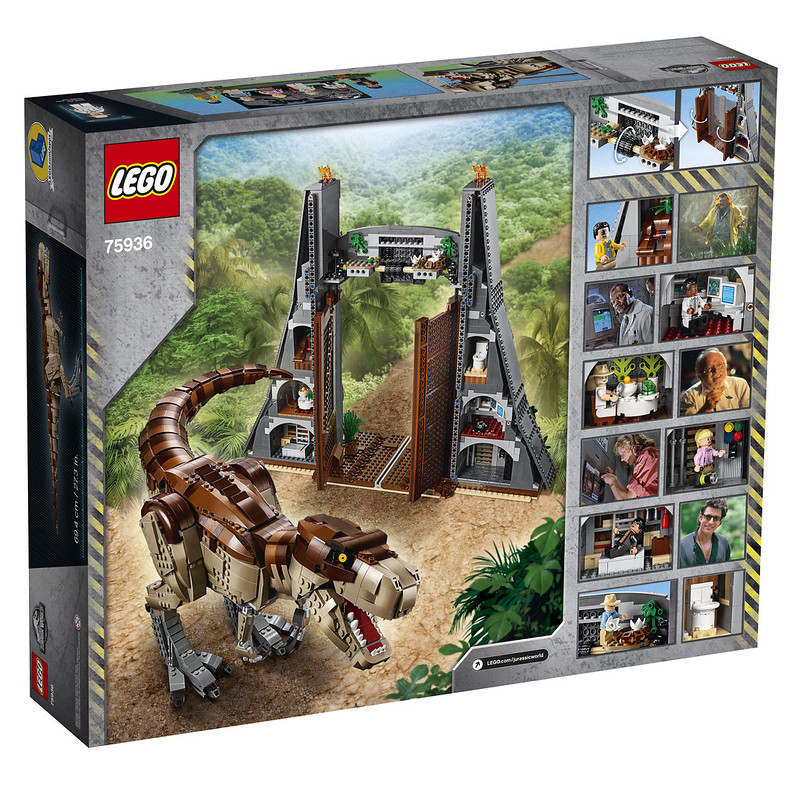 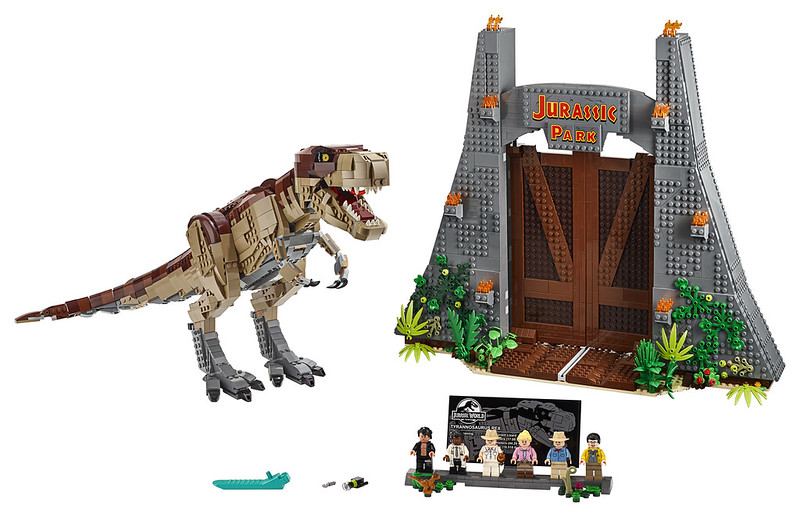 The T-Rex stands at 69cm from snout to tail and the Jurassic Park gate stands at 48cm tall. 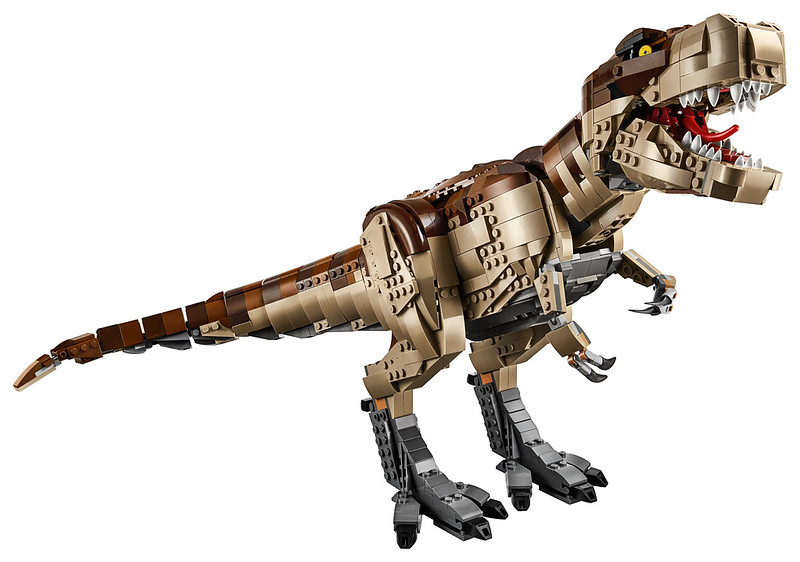 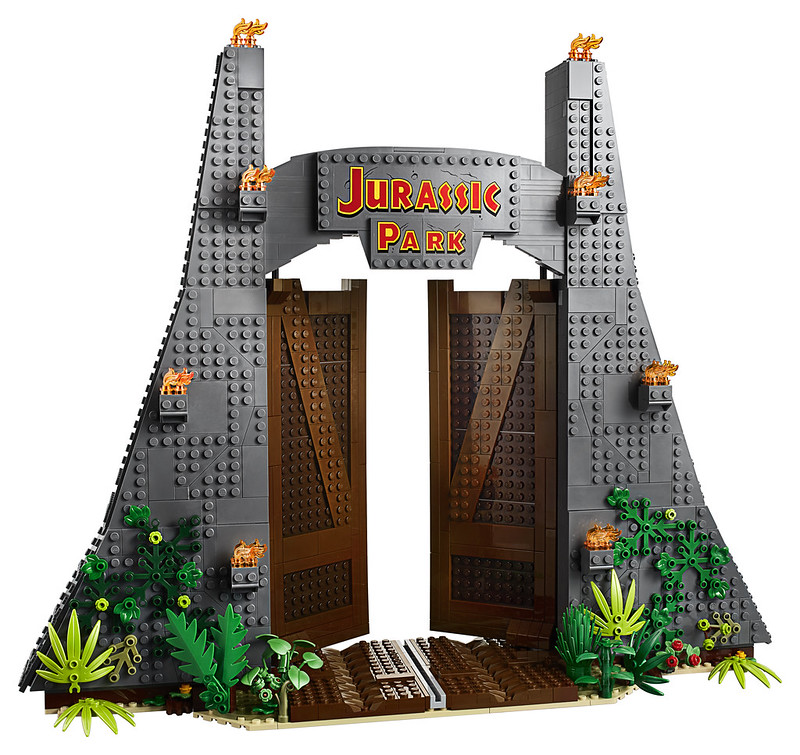 And we get a host of minifigures (some for the first time!) that includes: John Hammond, Ian Malcolm, Ellie Sattler, Alan Grant, Ray Arnold and Dennis Nedry and a baby dinosaur figure.

Incorporated into the gate are mini vignettes depicting various scenes from the movie like the infamous toilet scene and Dr Alan Grant discovering broken dinosaur eggshells. 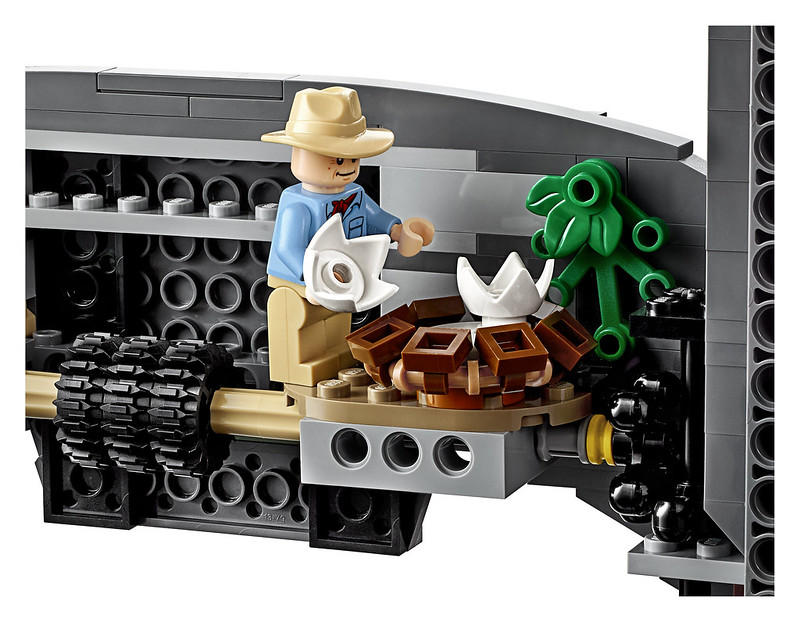 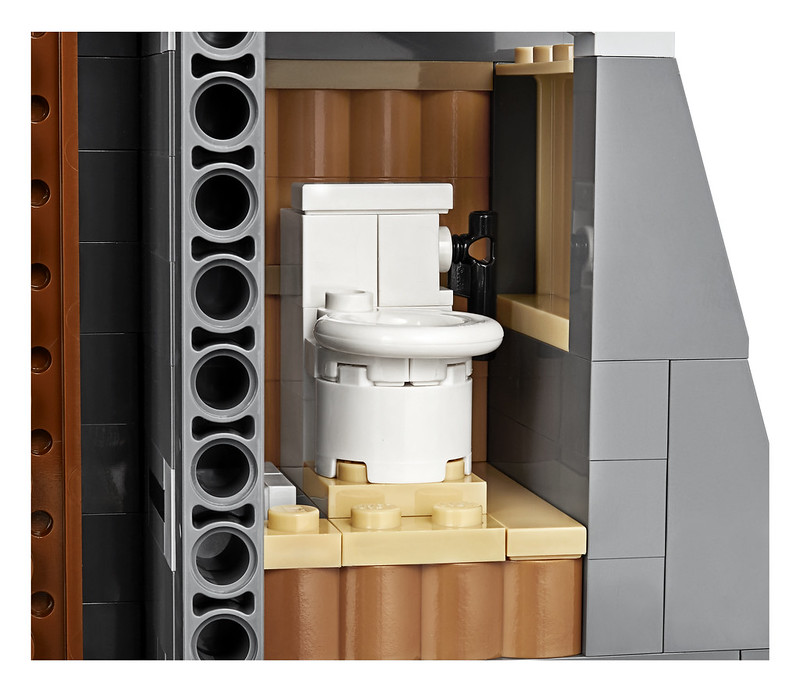 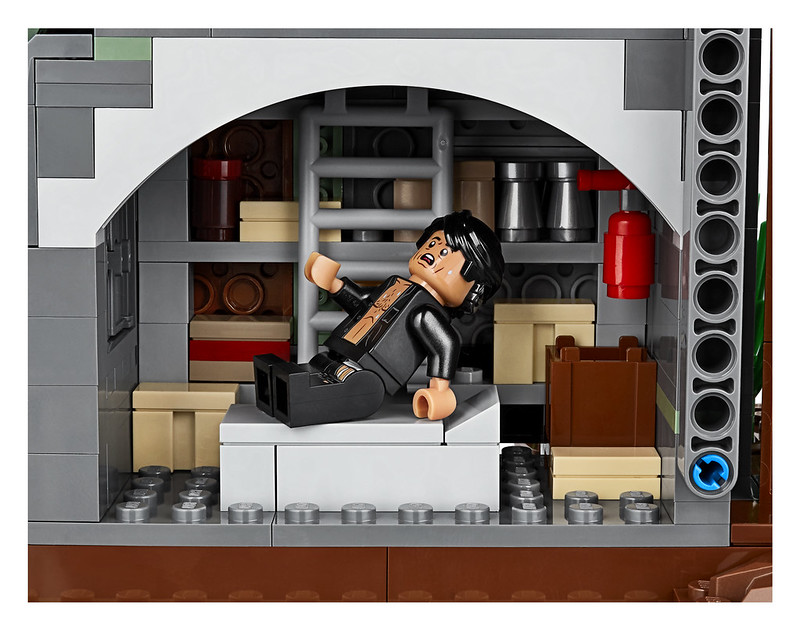 What makes this interesting from a collector’s standpoint is that it also comes with a T-rex facts plate like the other Ultimate Collector’s Series LEGO sets although this isn’t listed as one. 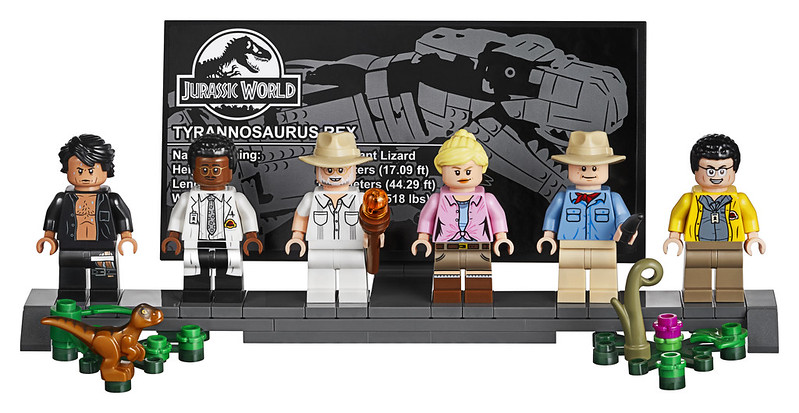 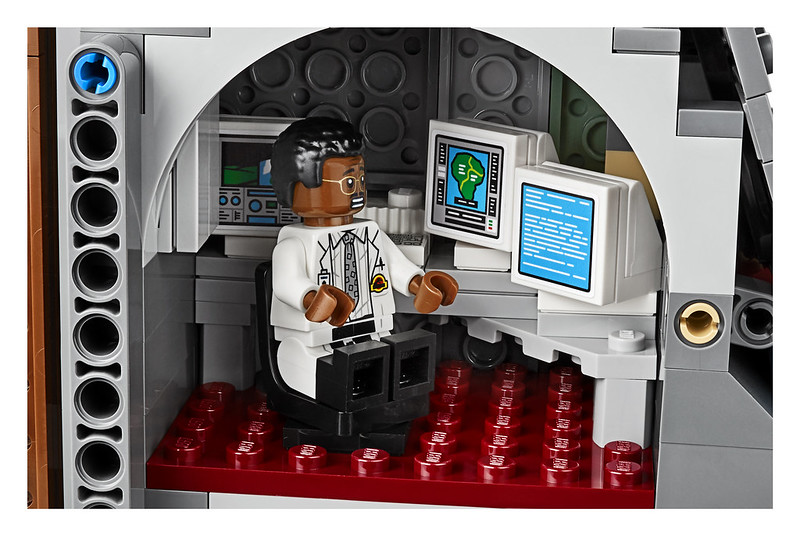 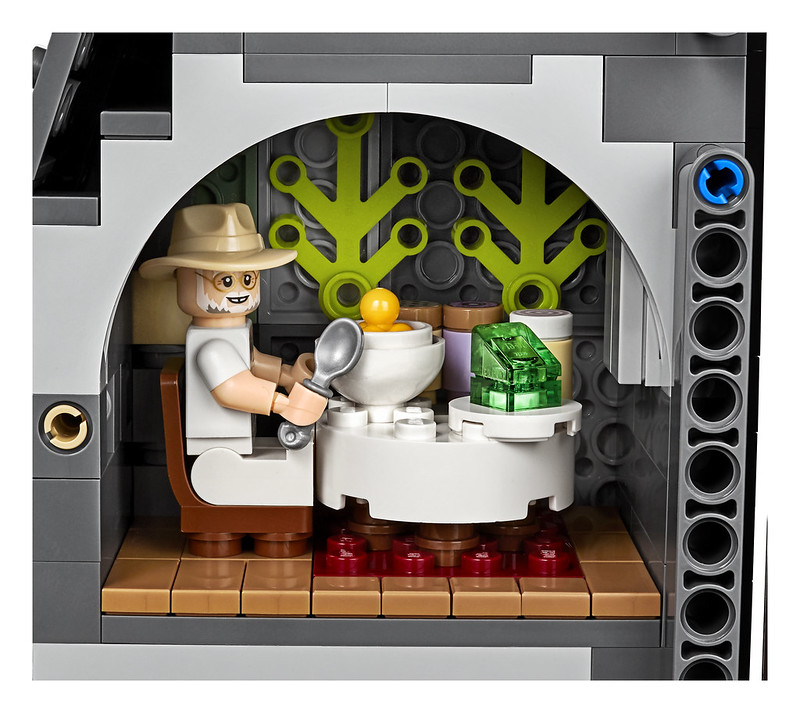 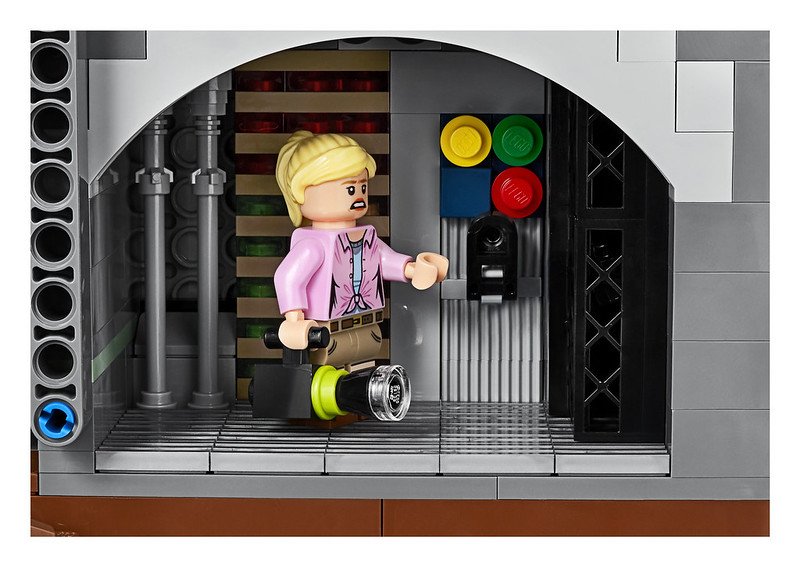 Now all I’m waiting for is for LEGO to release a set that includes the Jurassic Park tour vehicles and we’re good to go!

PreviousLEGO Star Wars: The Skywalker Saga Coming To A Console Near You!
NextMore LEGO Sets Discovered in 2HY LEGO Catalogues!