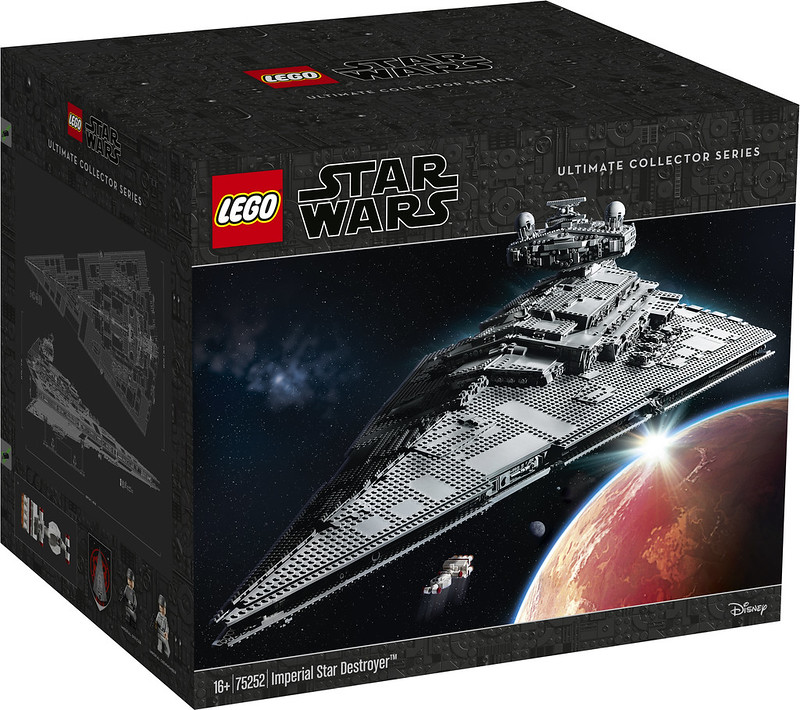 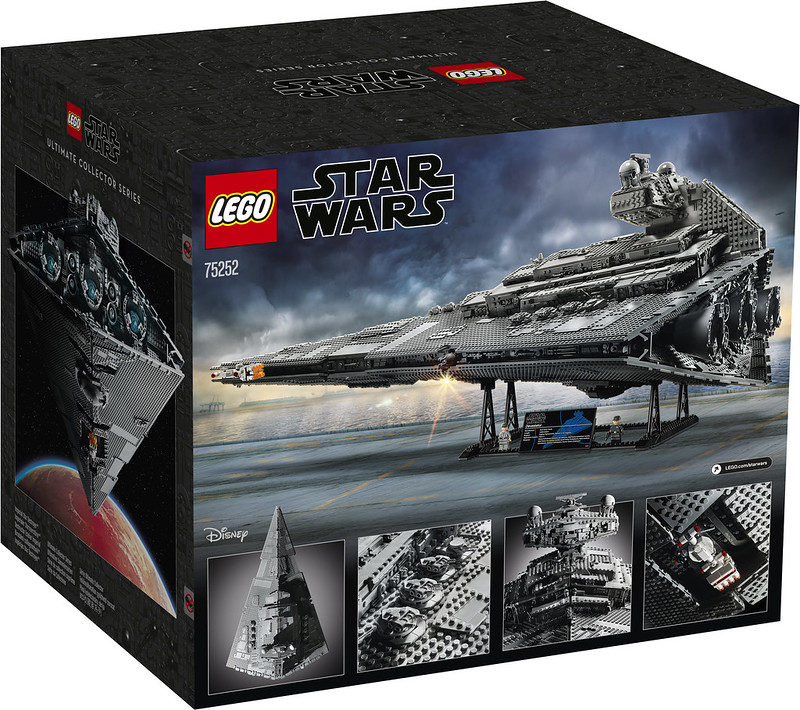 The set clocks in at 4784 pieces and it measures over a meter from stern to bow which means that this is definitely going to take up a lot of space in the home to display it. 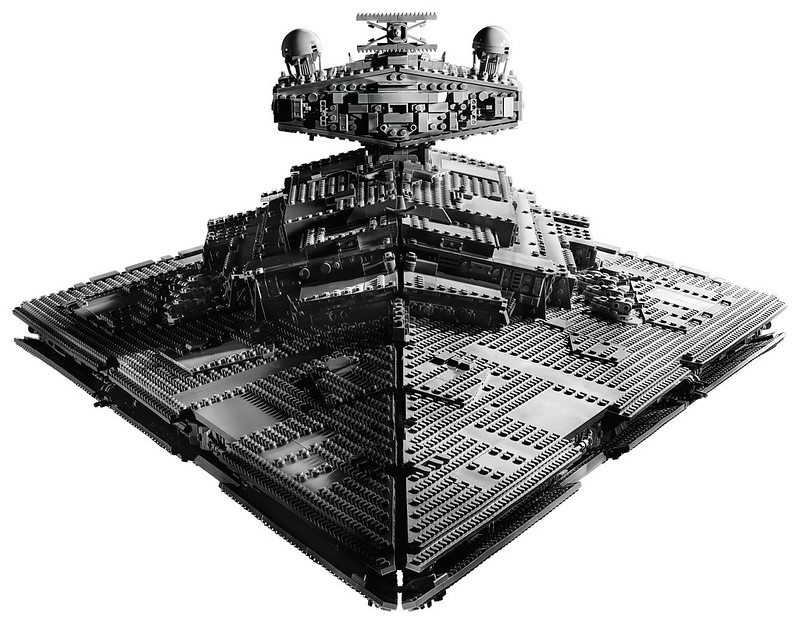 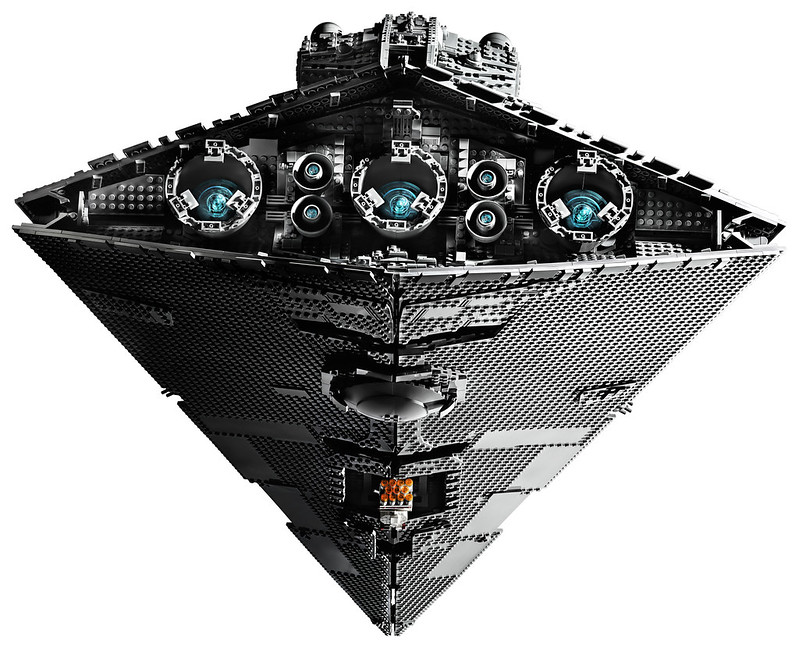 All the intricate surface detailing is preserved and it comes with two Imperial minifigures, an Imperial Officer and an Imperial Crew-member.

There is also a brick built Tantive IV which never fails to accentuate the scale of the ISD against the punitive rebel craft. 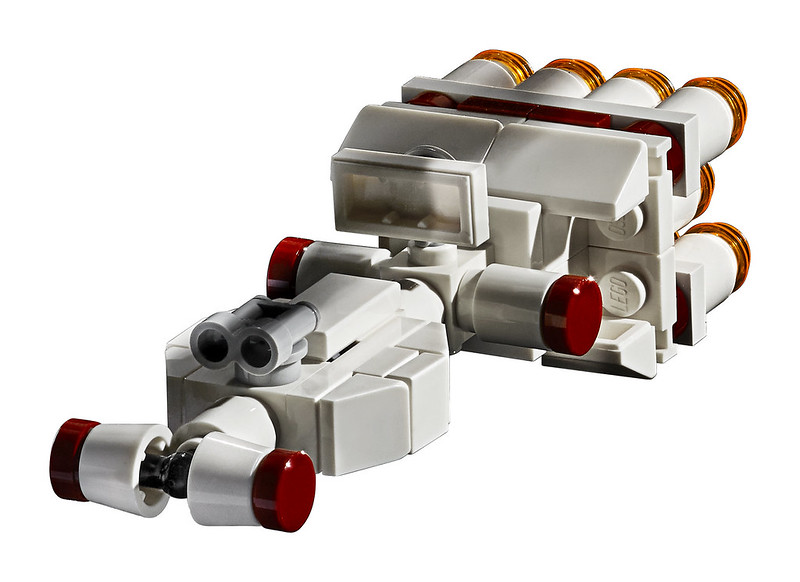 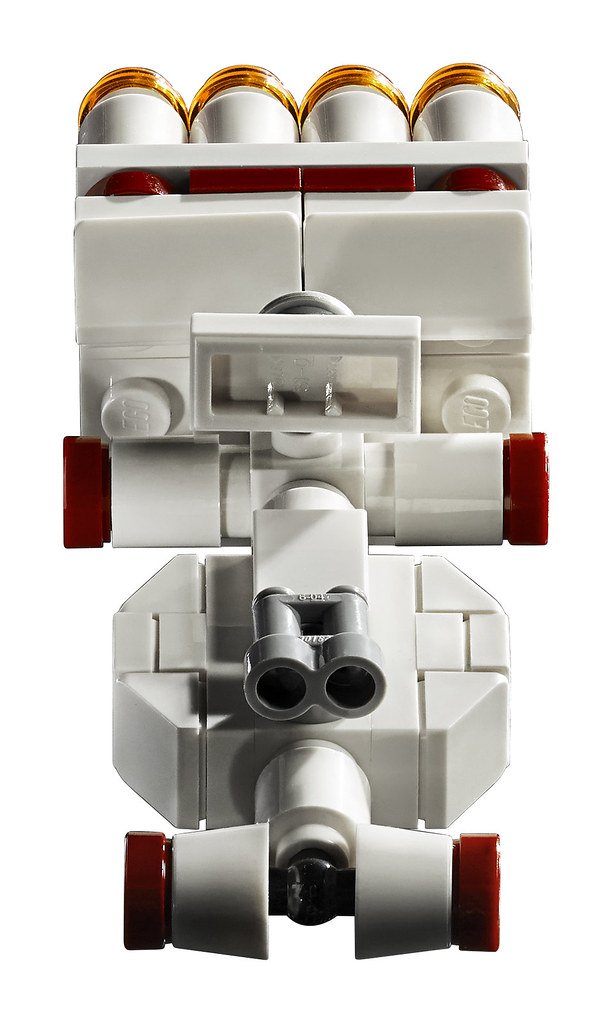 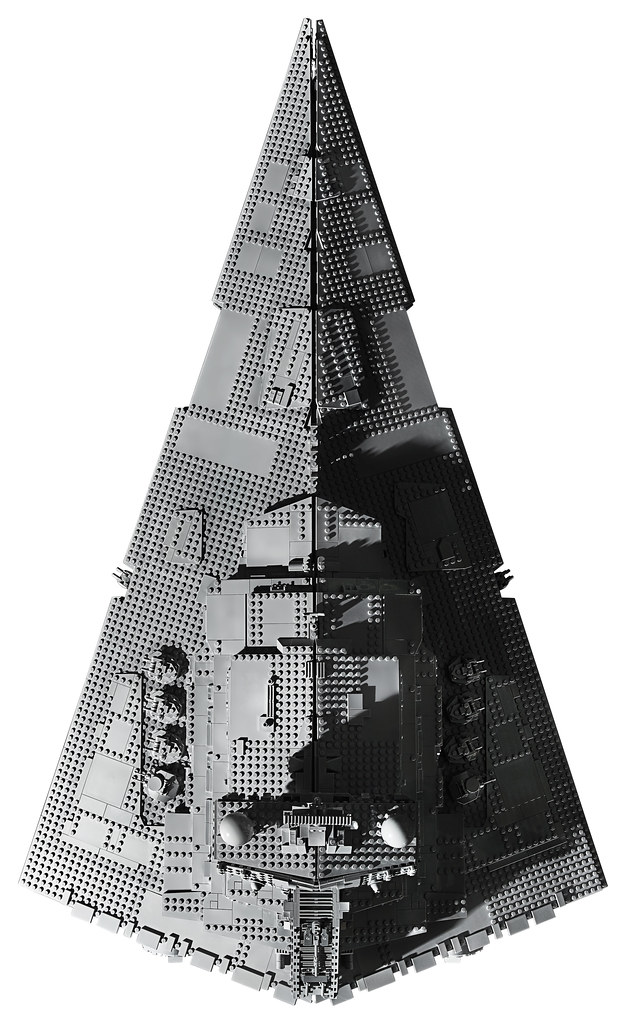 As some of you may recall, the LEGO Star Wars UCS Imperial Star Destroyer (10030) first debut in 2002, a good five years before the original UCS Millennium Falcon (10179). 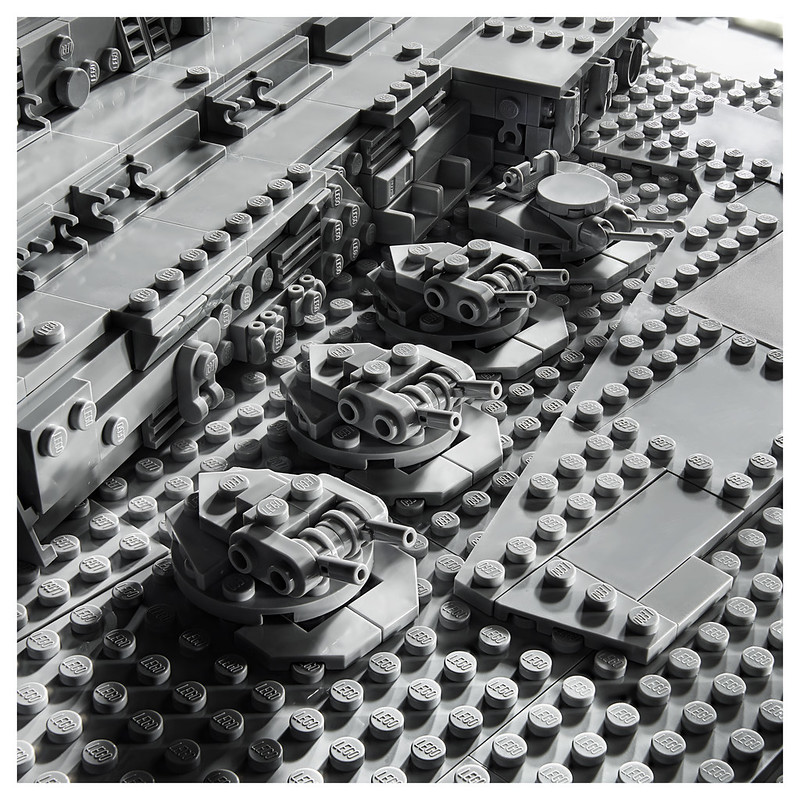 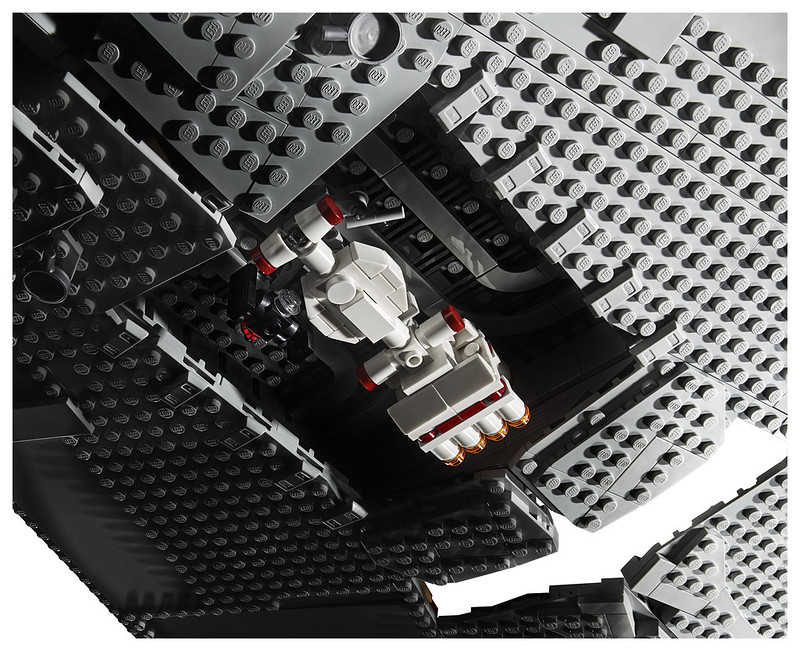 If there was one LEGO UCS Star Wars set that I felt deserved a re-release, it would be the Imperial Star Destroyer. The design was good for it’s time but it was a little challenging to move around especially since it used magnets to hold the outer hull plates in place. 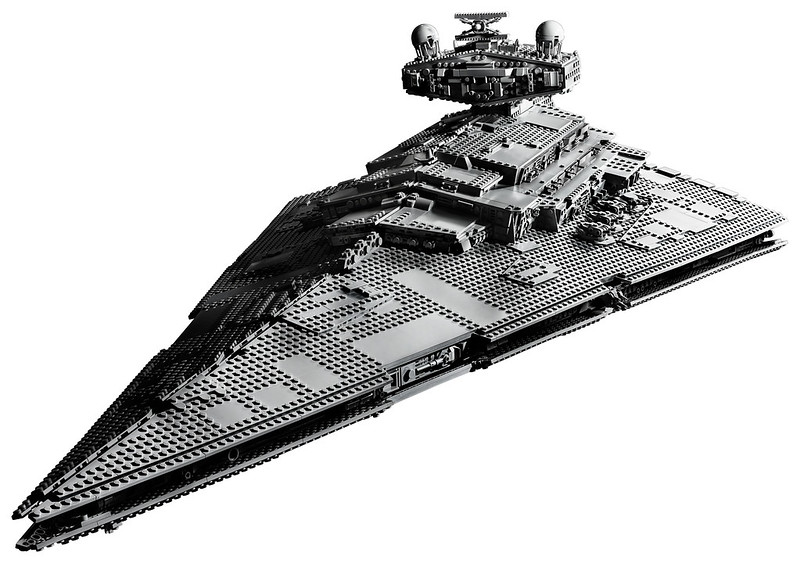 Own the ultimate Imperial Star Destroyer!

Build and display an icon of the Galactic Empire – the Devastator. With over 4,700 LEGO® pieces, this Ultimate Collector Series 75252 Imperial Star Destroyer model captures all the authentic details of the starship as it appeared in the opening scene of Star Wars: A New Hope, including swiveling guns, a tilting radar dish, huge engine exhausts, intricate surface detailing and of course a buildable scale version of the Rebels’ Tantive IV starship to chase down. This galactic civil war UCS set also includes a display stand with informational fact plaque and 2 Imperial minifigures, making it the perfect LEGO Star Wars collectible for discerning fans.

[September 5, 2019] One of the most feared ships in the Star Wars™ galaxy is flying into LEGO Stores on September 18 as the LEGO Star Wars™ Imperial Star Destroyer™ set arrives from the galaxy far, far away to provide an all-new build experience for LEGO brick and Star Wars™ fans alike.

The Imperial Star Destroyer set measures 110cm long and is comprised of 4,784 bricks. The new addition to the LEGO Star Wars Ultimate Collector Series (UCS) brings to life the fan favourite vessel of the Galactic Empire in LEGO brick form like never before.

The new UCS Imperial Star Destroyer™ construction set is complete with a buildable Tantive IV ship, allowing fans to recreate the iconic opening scene from Star Wars: A New Hope in their own home.

The 75252 LEGO Star Wars Star Destroyer is available directly from LEGO stores and www.shop.lego.com/StarDestroyer from September 18, 2019 for LEGO VIP members, and October 1 for all other builders