I’m a fan of micro-scale builds as they take up a lot less space and it is always interesting to see how designers cram in as much detail on such a small canvas.

It was a delight to find out that this year’s Bricktober would be heralding another wave of micro-scale builds. 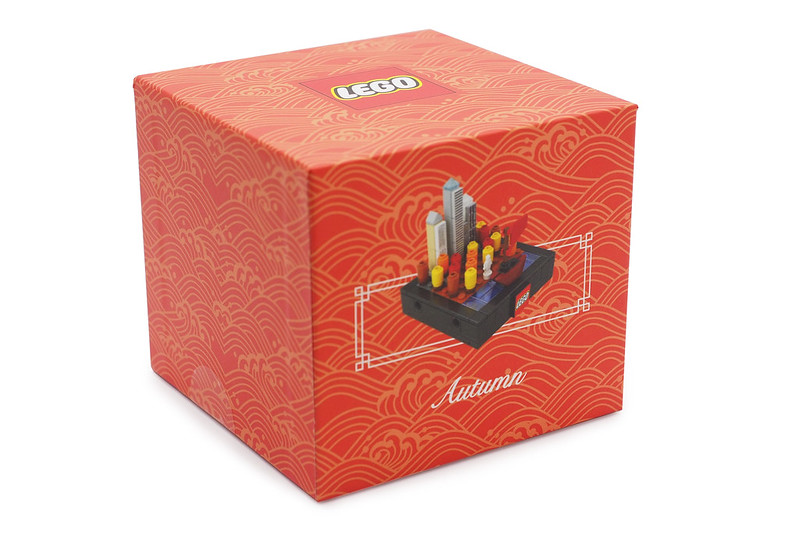 The box cover is a darker orange colour this time round while sporting the same Asian wave motif. 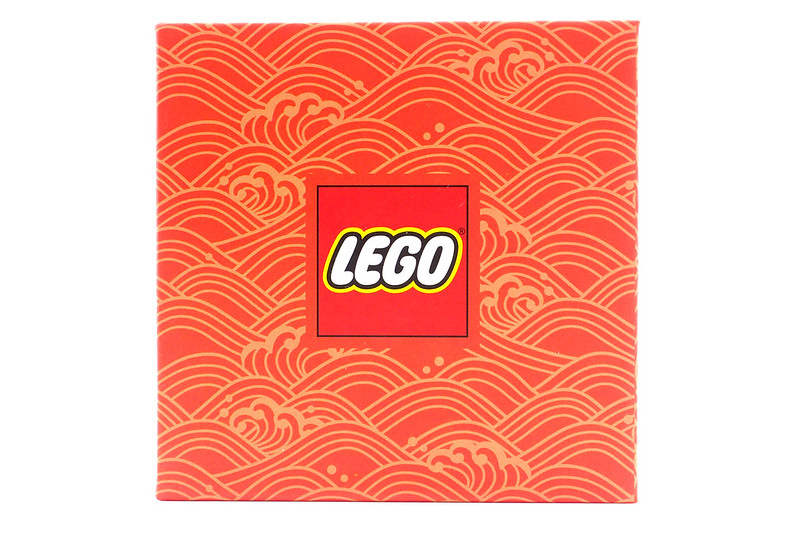 Just like the previous Spring and Summer Bricktobers, it is a telescope box containing a black cardboard envelope with folded instruction sheets. 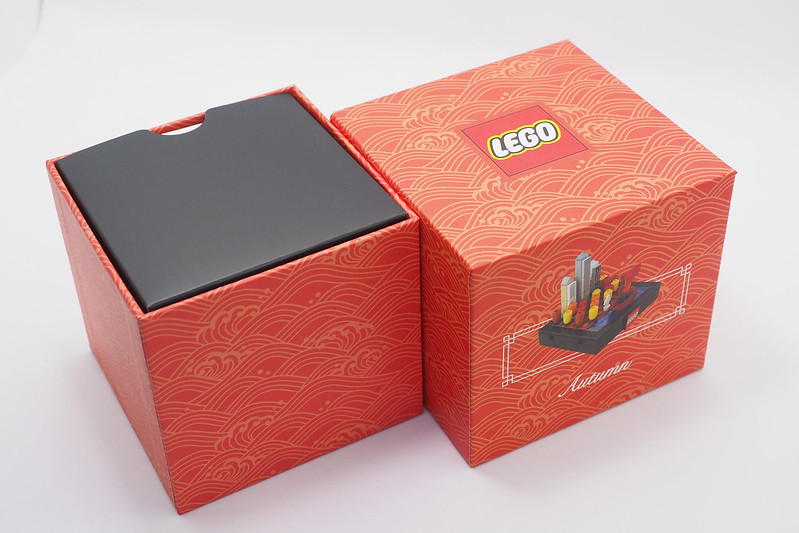 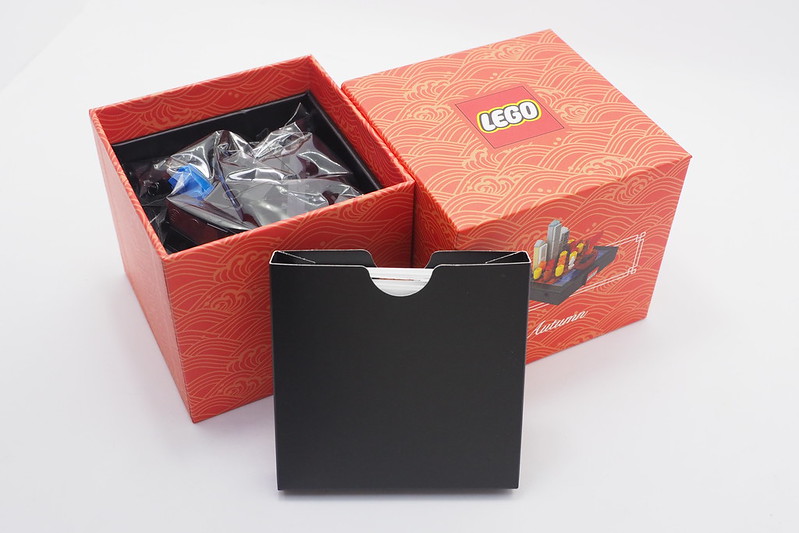 The 137 piece set is split between two unnumbered bags, one for the vignette itself and another for the black base. 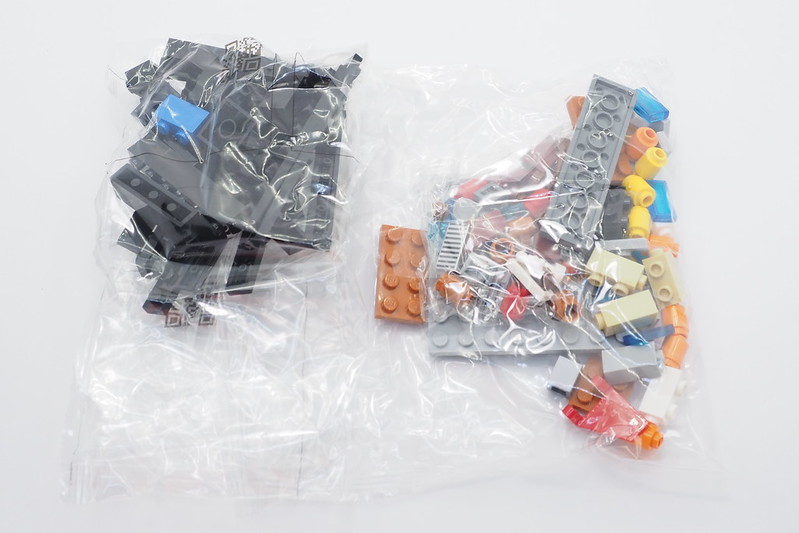 There is the dreaded sticker sheet but it is just for one piece which is the LEGO logo on the front of the base. 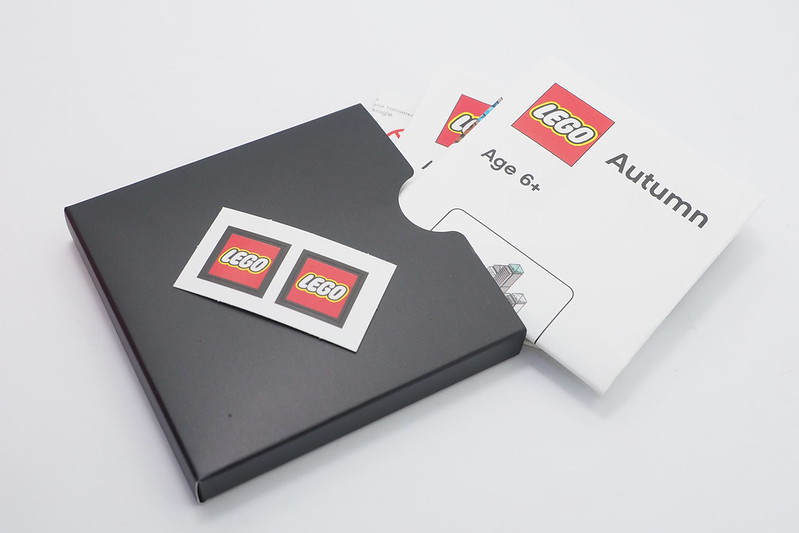 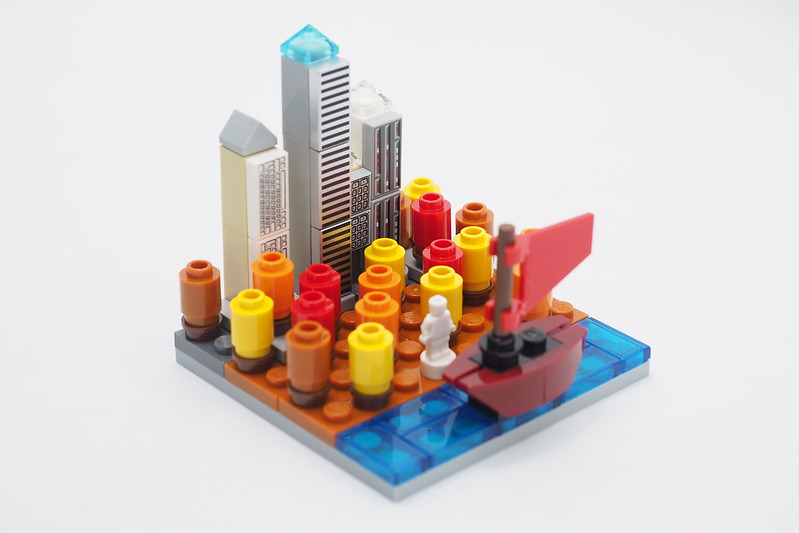 This is actually the largest Bricktober 2019 so far and there are some really nice techniques employed to construct the different features. 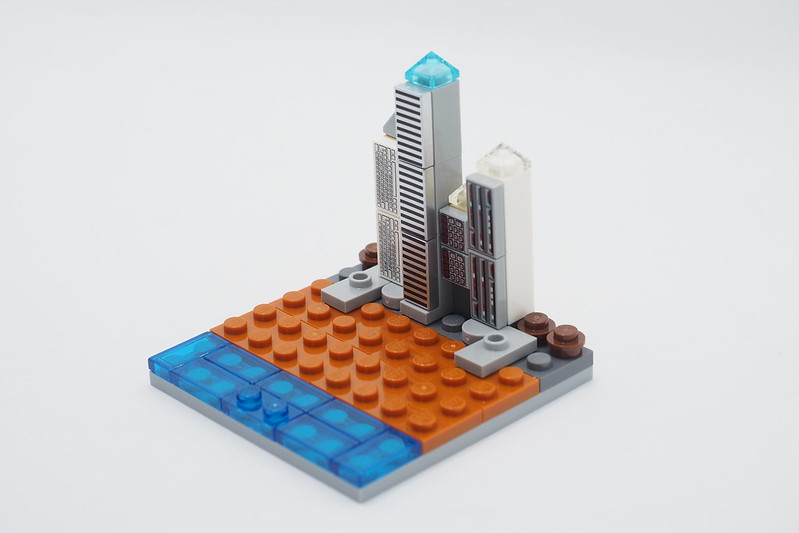 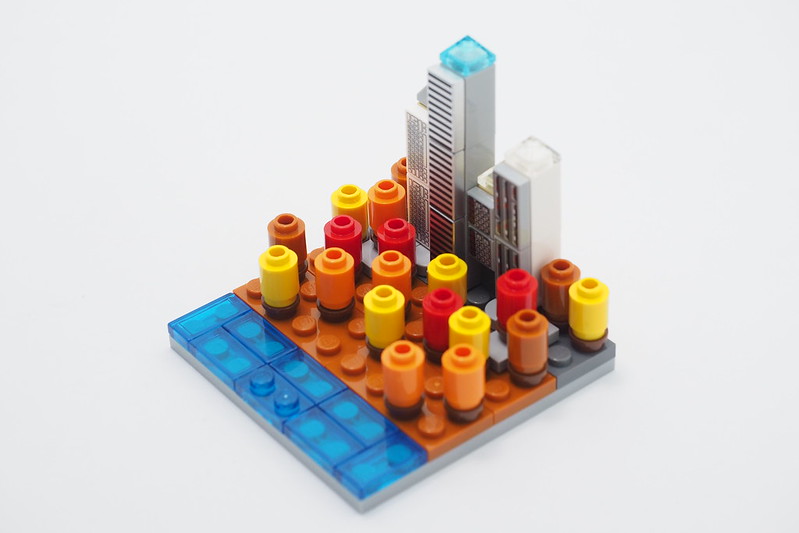 The skyscrapers are 1x1x2 bricks with studs on the side which are adorned with printed 1×2 tiles to give them the building facade. 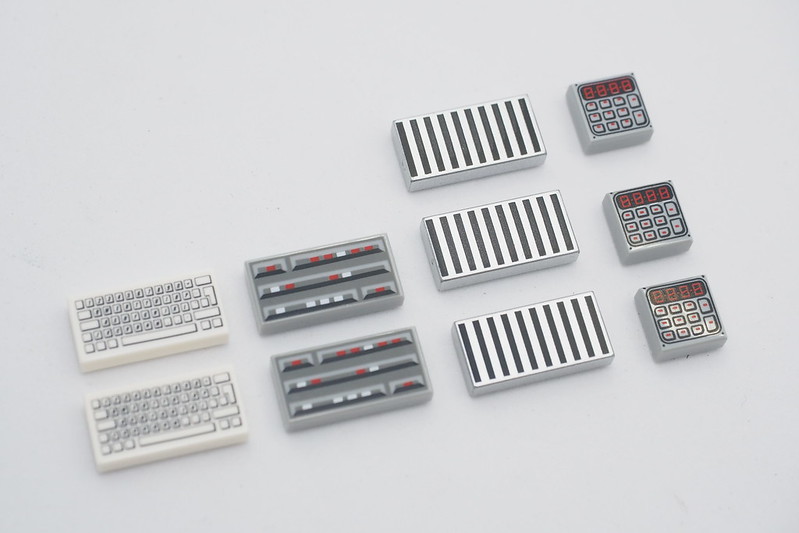 You may recognised some of the tiles from previous sets as there is a keyboard, computer terminal, calculator and a metallic silver tile with a grill print.

That tile has only appeared in the LEGO Creator Expert James Bond™ Aston Martin DB5 (10262) set before this Bricktober. 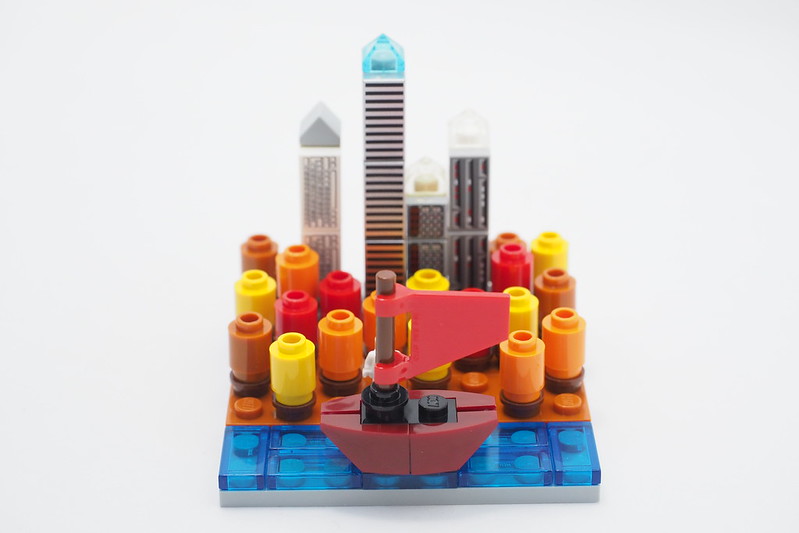 I liked how they use 1×1 round bricks on reddish brown 1×1 studs to represent the autumn colours.

The boat was also employed an interesting technique with the 1×2 brick with studs on the side and the 1 x 2 Wedge with notches to create the bow and stern of the vessel. 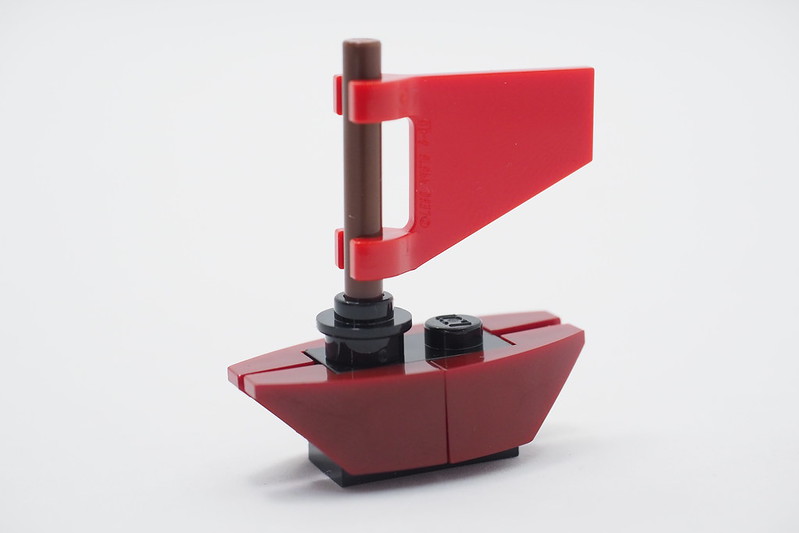 Utilising the printed tiles was also an ingenious way to add texture to a micro scale build. At that size, the patterns look like tiny windows. 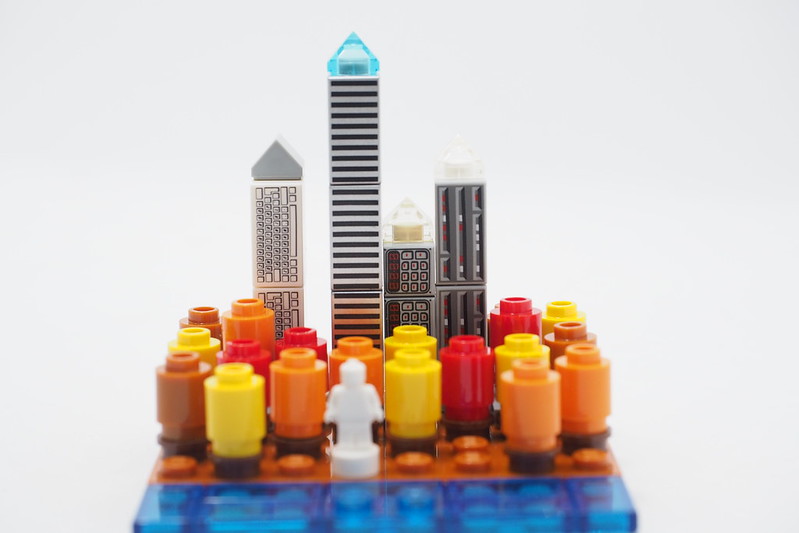 Bricktober Autumn is able to link to Bricktober Spring and Summer via the technic pins and a 1×2 tile to lock the base to each other. 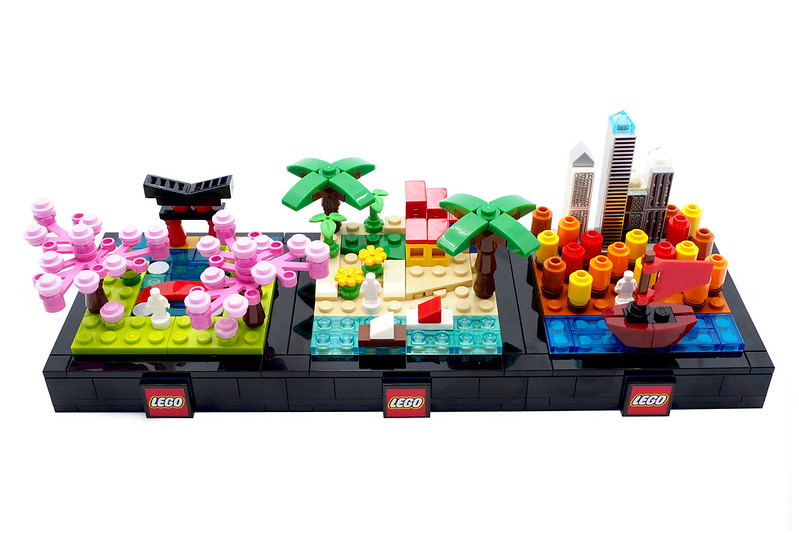 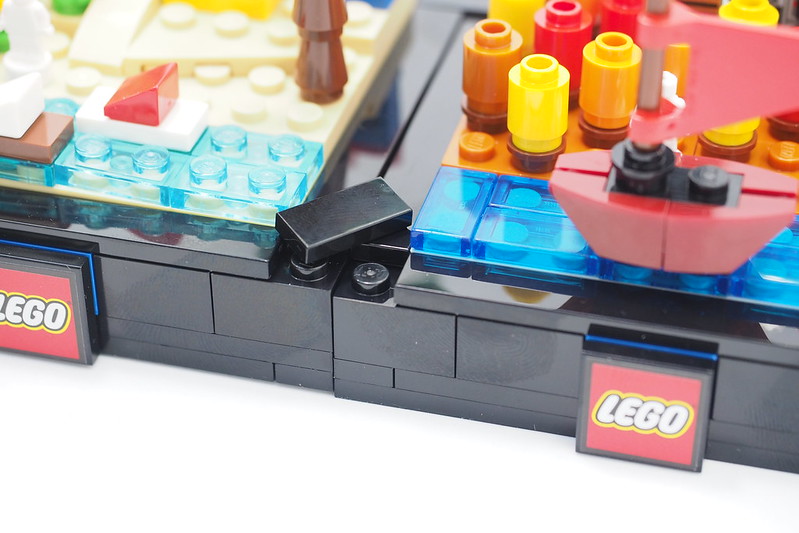 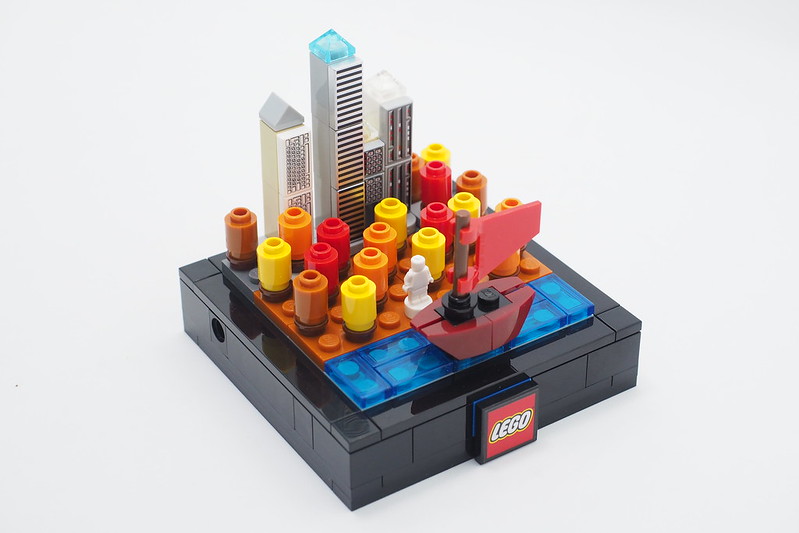 This portion is pretty much exactly what I wrote for the Bricktober Spring and summer review so I’ll just quote it here.

There really isn’t a price to attach to this as it is a gift with purchase (GWP) with every SGD$65 spent on non-discounted LEGO sets.

Coupled with the printed tiles, this is actually the Bricktober with the most value.