This is the final LEGO Bricktober for 2019 and thanks to a generous AFOL, I’m able to get my hands on one to review.

The Winter Bricktober is definitely one of my favourite of the series; it is tied for top spot with Bricktober Spring! 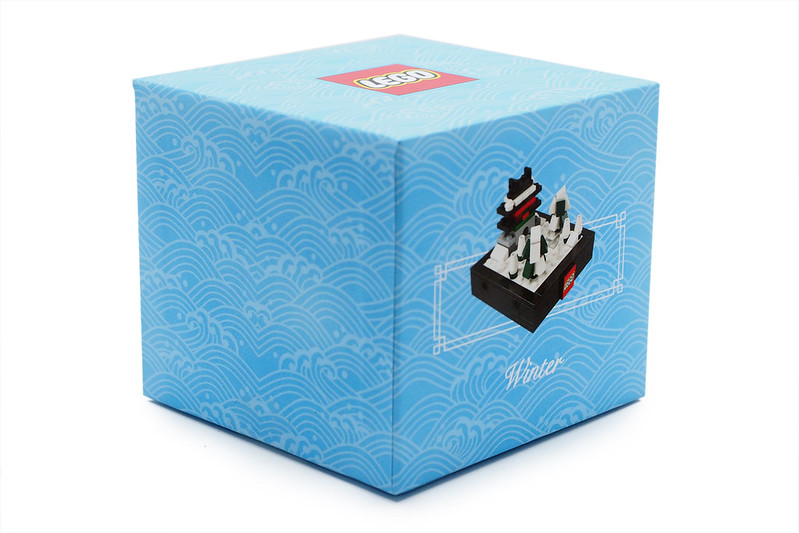 The box has a light blue wrapper with a Asian wave motif just like the previous seasons.

The telescopic box makes this feel like you’re opening the a high-end watch rather than a LEGO set. 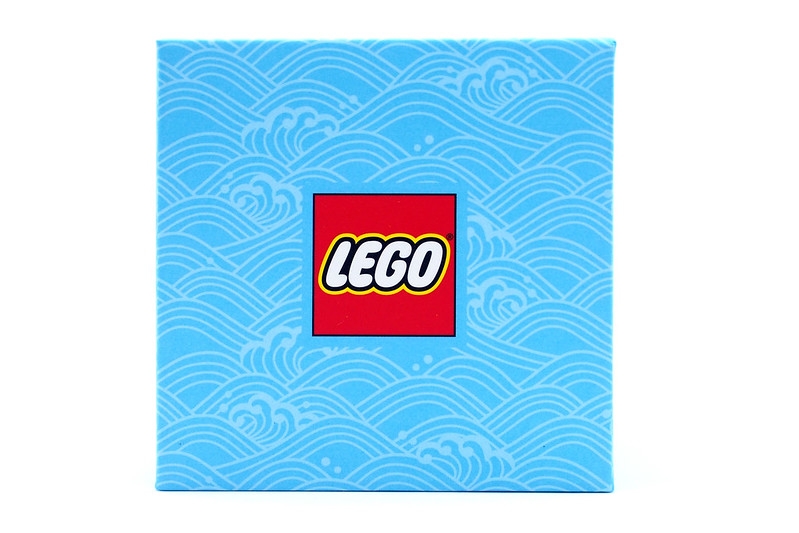 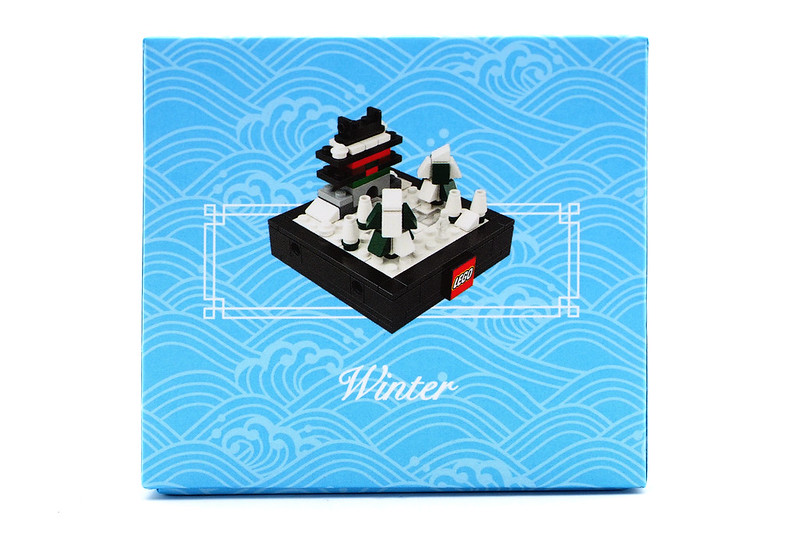 There are quite a bit of instructions for such a small set, one for the base and another for the micro diorama itself plus a sticker sheet. 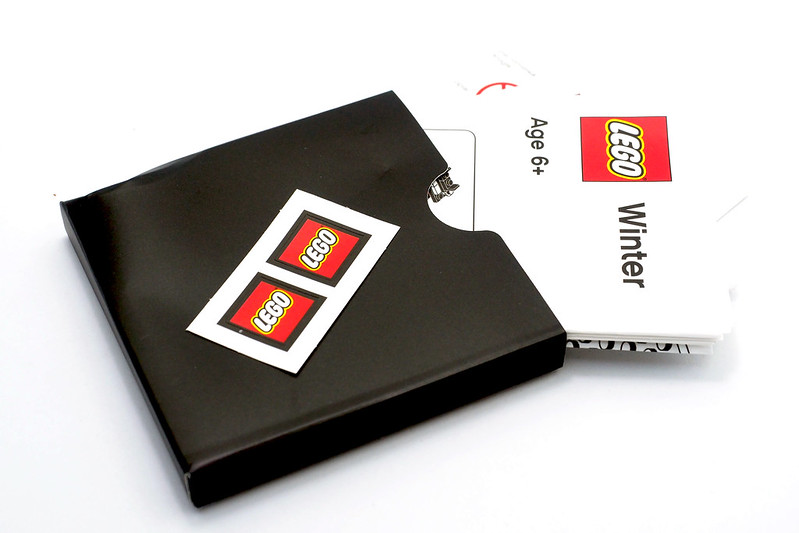 They are tucked into a black cardboard envelope that acts as a secondary cover for the bricks below. 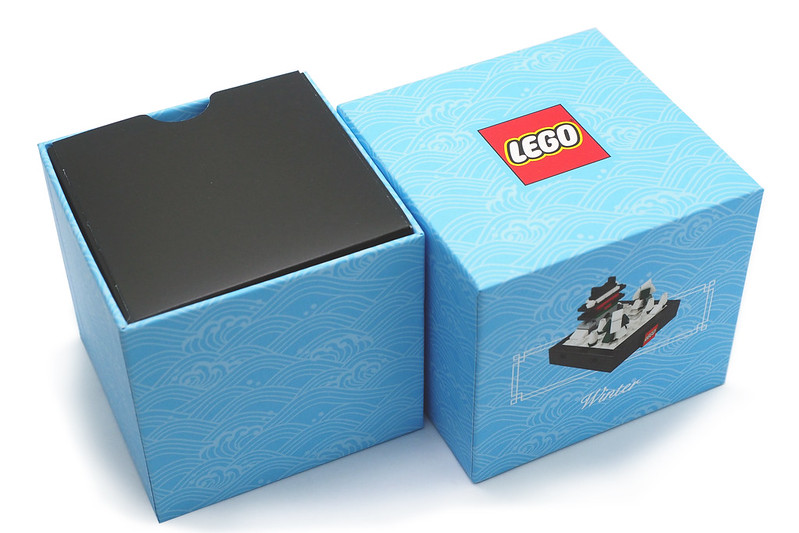 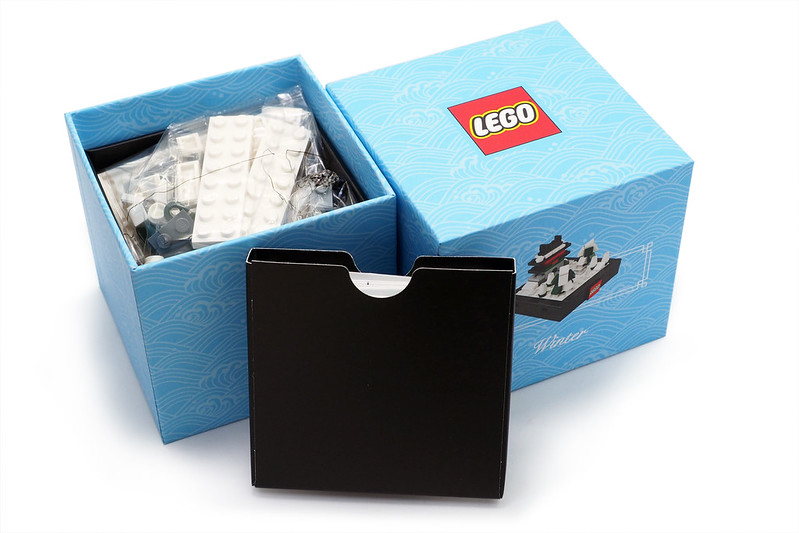 The build consists of 101pcs that is split between two unnumbered bags which I felt was a little unnecessary considering the low piece count. 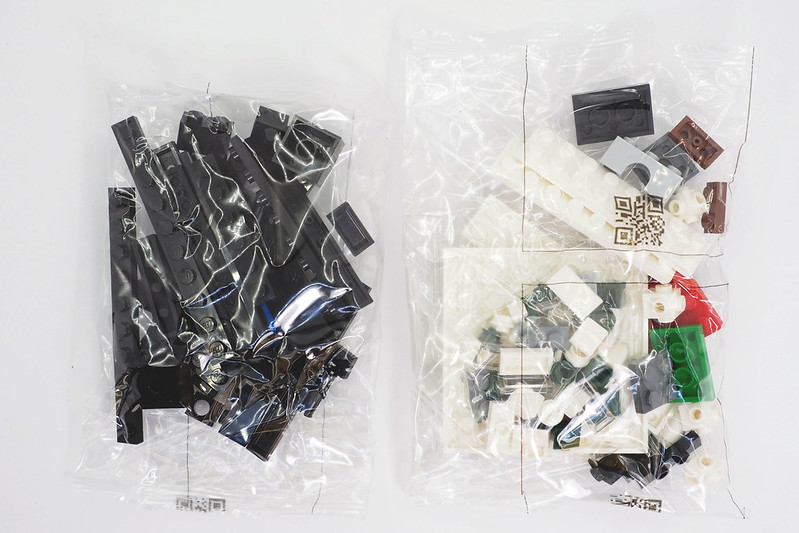 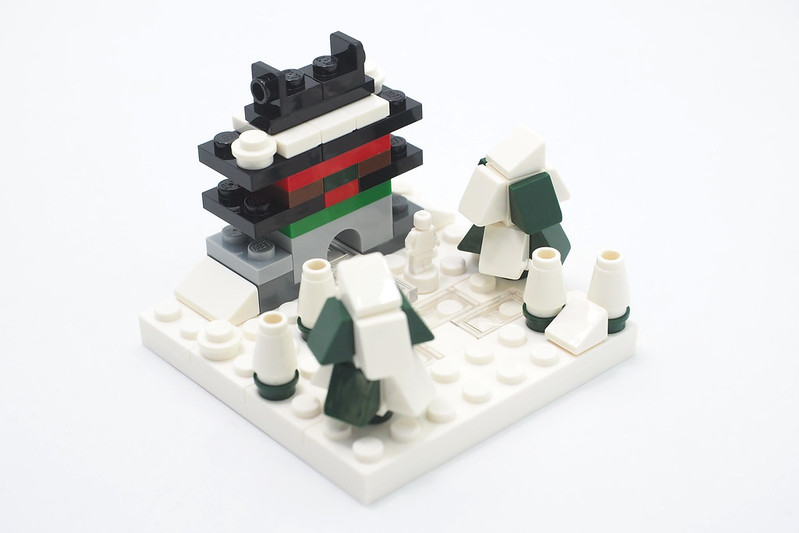 There are two parts to the build, one for the diorama itself and another for the base that the model sits on and connects to the other Bricktobers. 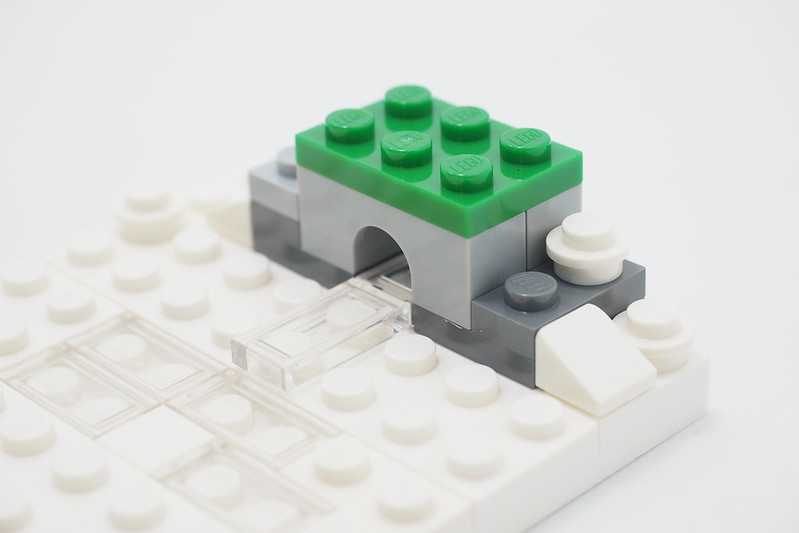 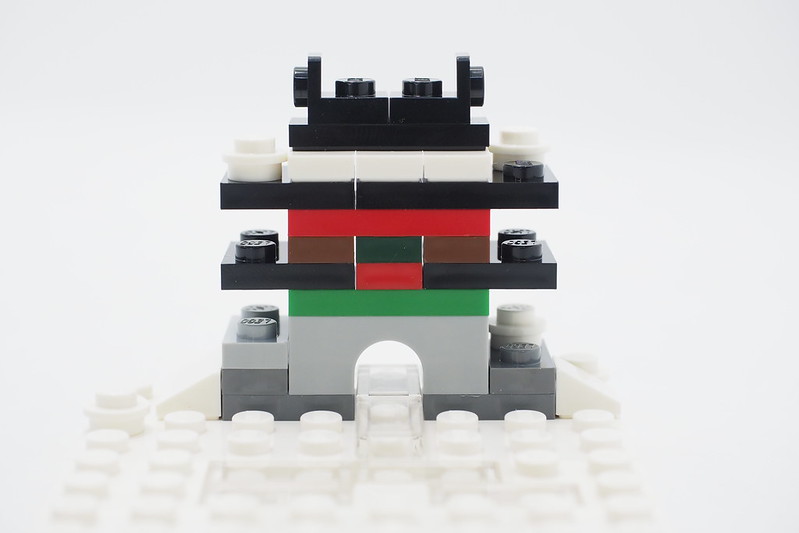 A fairly straight forward build with the only SNOT (Studs Not On Top) technique being used on the creation of the winter trees. 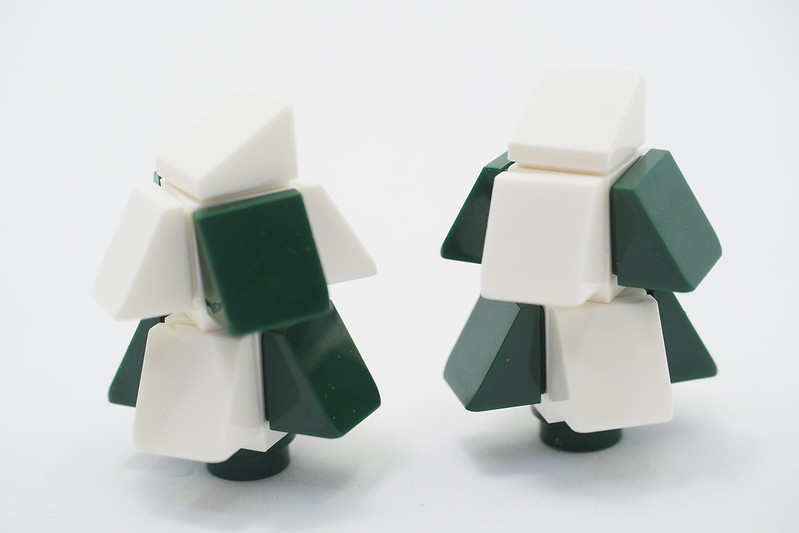 After three weeks of building Bricktobers, one should be quite adept in completing both the diorama and the base in under fifteen minutes. 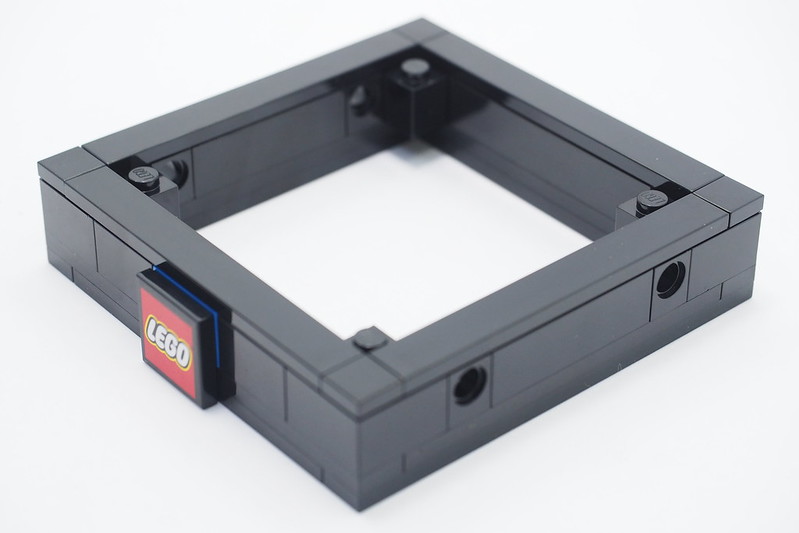 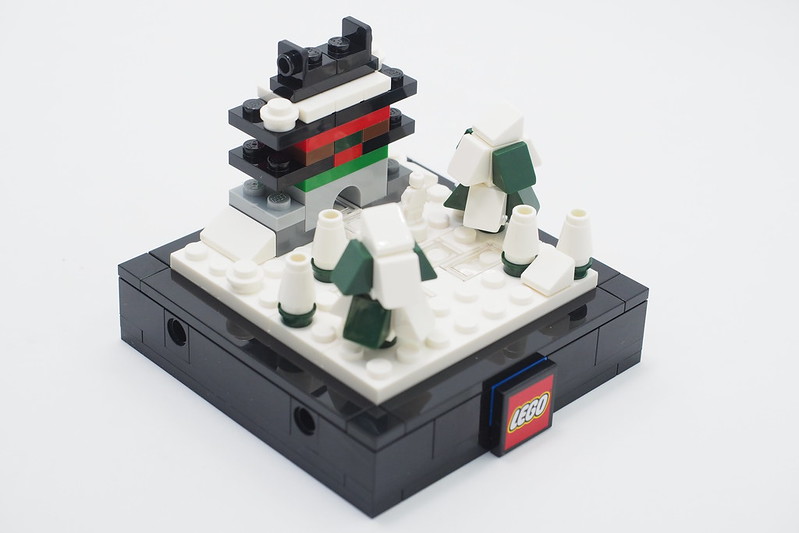 There is no doubt that this was modelled after South Korea’s city gates like the Dongdaemun East Gate.

It is interesting that they adopted a 5-stud length for the gate but put it on an even numbered plate which if you noticed, the structure is off-center by one stud. 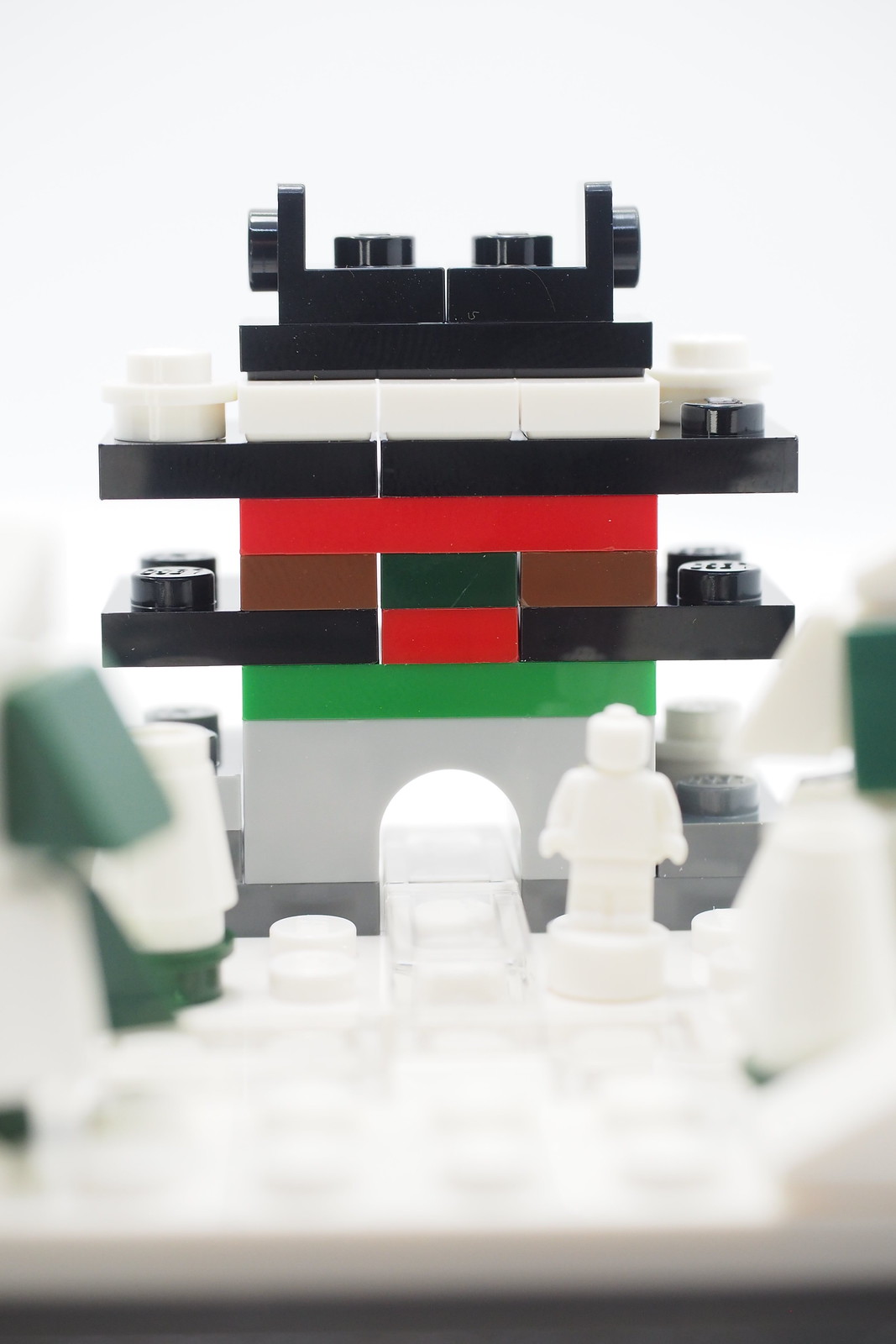 I like how they used the 1×1 Upright L-shaped Plate With 1 Stud to represent the curve tipped roof. 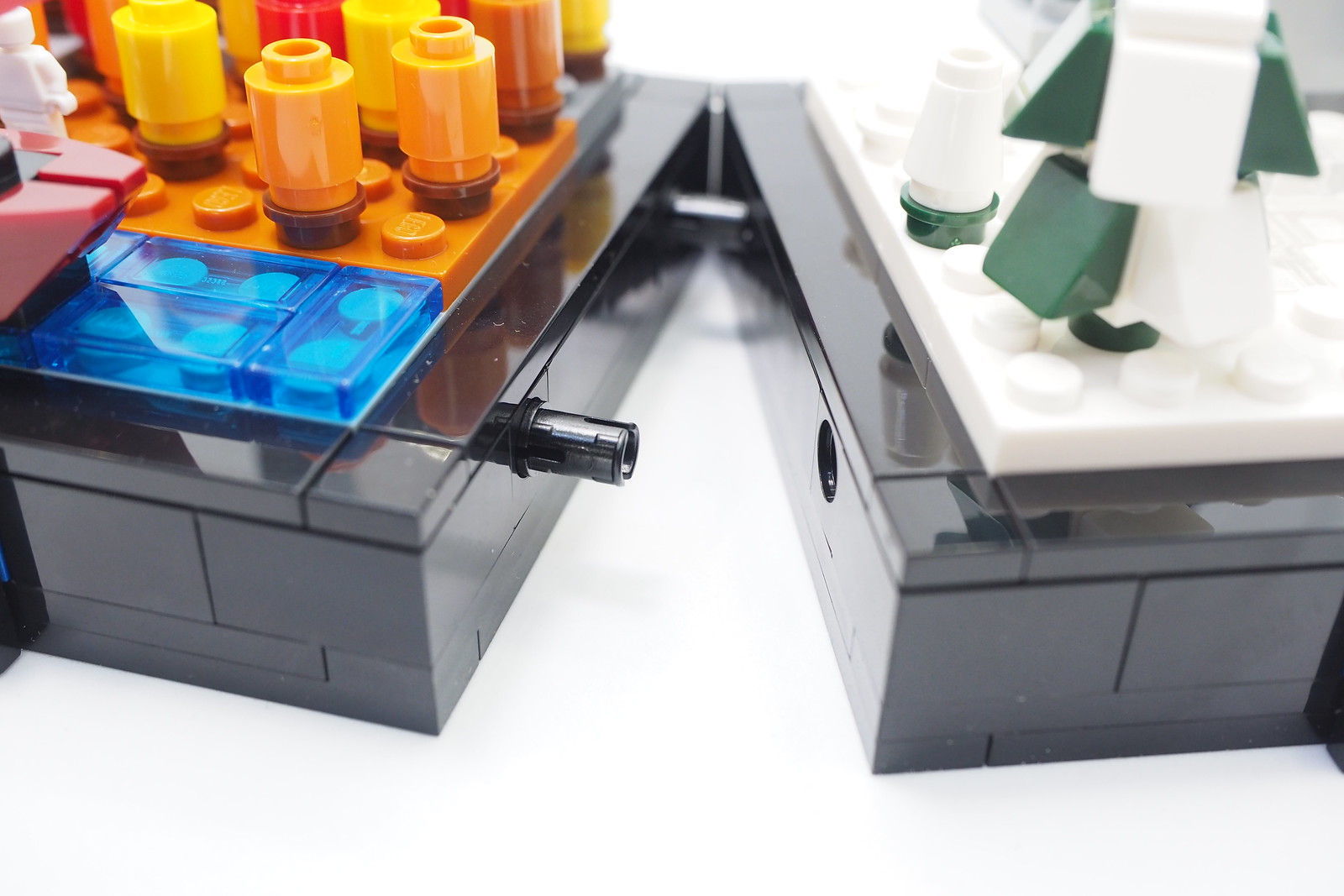 This winter set will complete your collection of Bricktober 2019 seasonals with the base having openings for the technic pin to connect them together in a series. 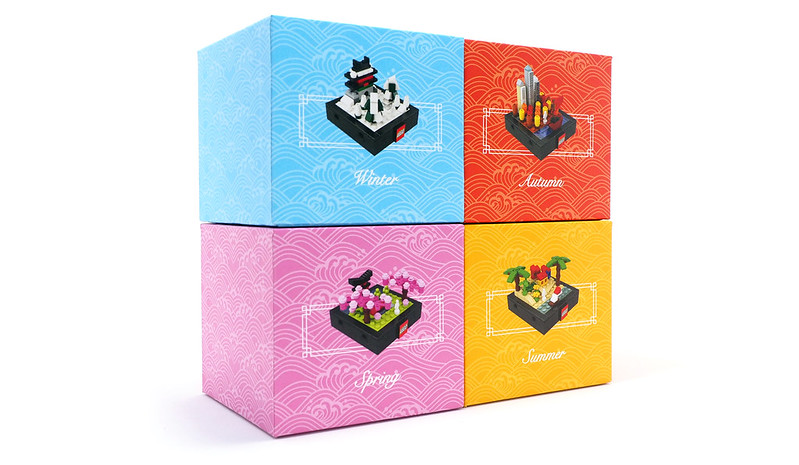 I wrote about this in the previous Bricktober reviews; about how it is possible to calculate the approximate “value price” of each Bricktober.

However, if you look at the reseller listings, the Toys ‘R’ Us Bricktobers could command a SGD$50 price tag which show how popular these are outside of Singapore as there is a huge demand for these in China as they don’t have a Toys ‘R’ Us there.

A lovely bookend to this year’s Toys ‘R’ Us LEGO Bricktober exclusive promotion that saw sold out sets across the sunny island.

One response to “Review: Toys ‘R’ Us LEGO Bricktober Winter 2019”