I thought it was a novel idea for a gift with purchase when I first heard that the LEGO Creator Gingerbread House (10267) would be getting a mini version of itself.

AFOLs and Moccers have been designing miniaturized versions of their larger counter parts for years, it is about time that LEGO got in on the action. 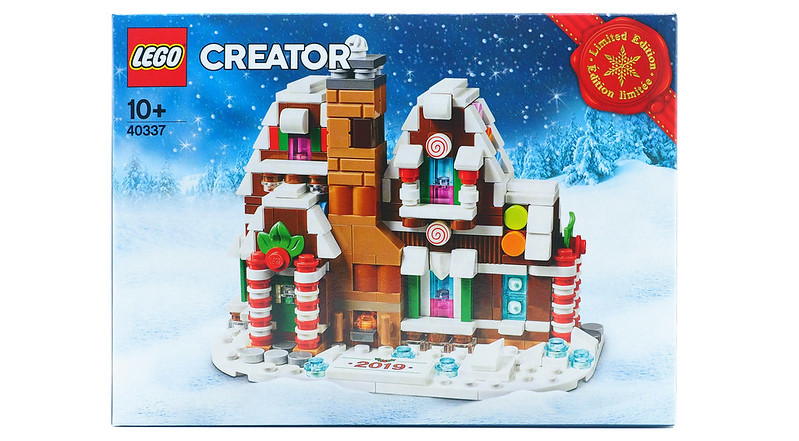 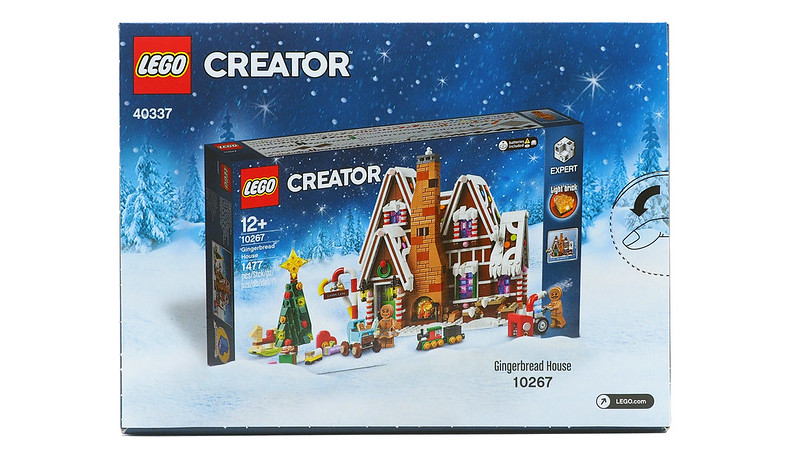 The box is about the same size as the LEGO Seasonal gift box (40292) that came the year before it.

Consisting of an even 500pcs, this is one of the largest gift with purchase (GWP) that I’ve come across recently. 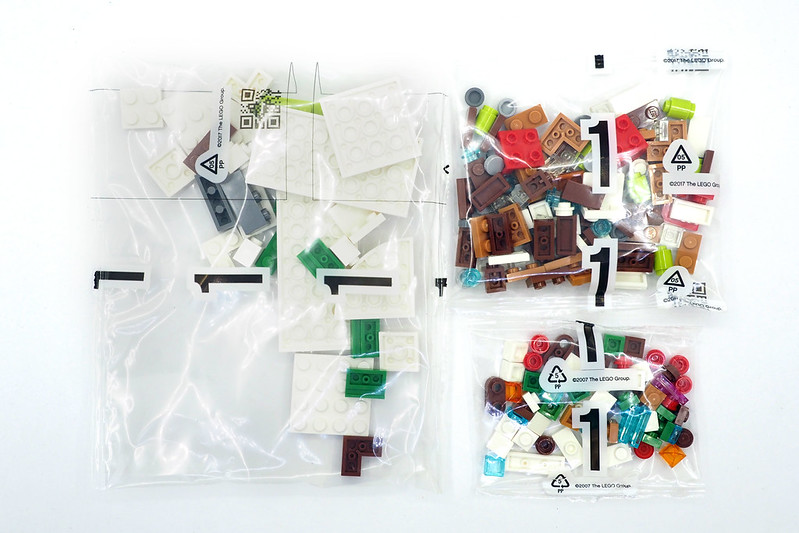 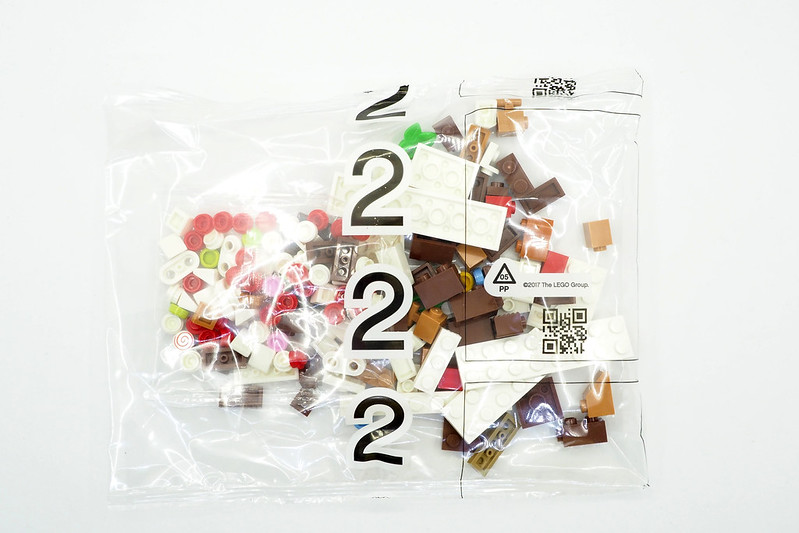 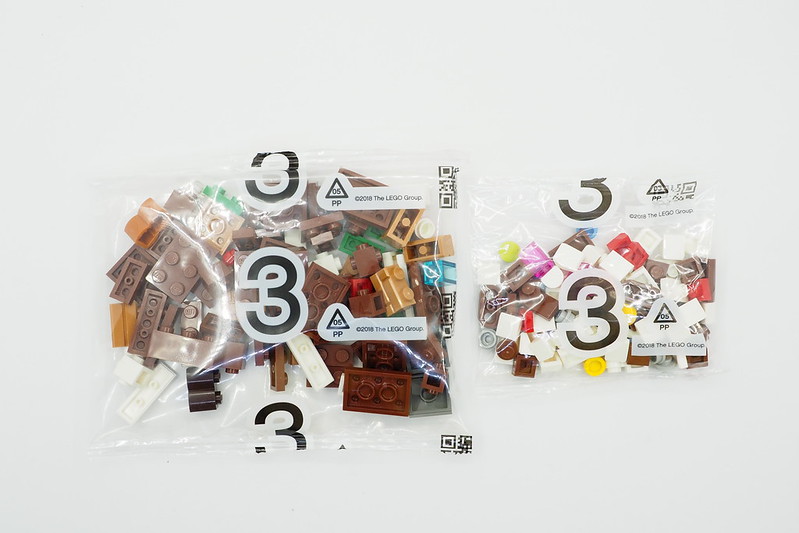 It is split six bags which is a lot for a GWP of this size and comes with two instruction booklets. 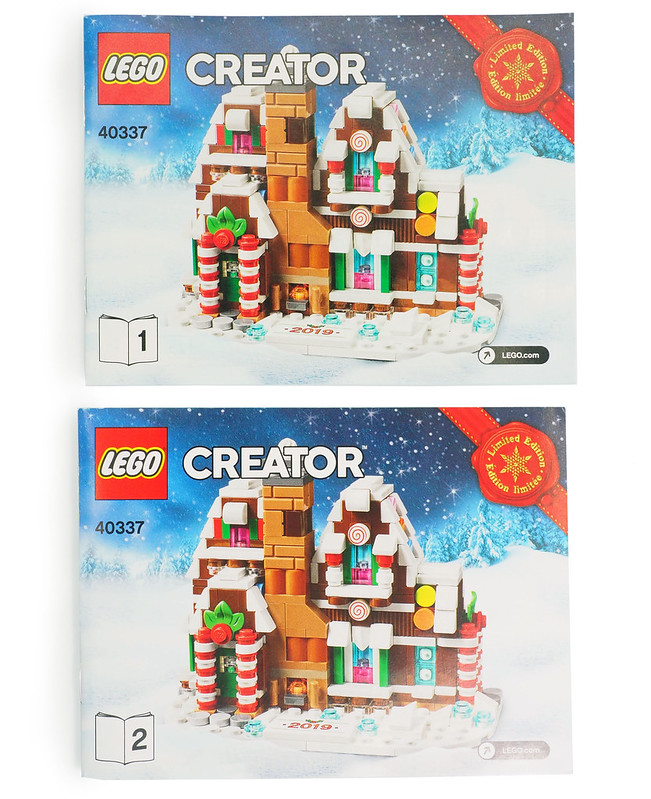 And yes, there is just one sticker for this entire build which I felt that would have been perfect if they opted to have it printed instead. 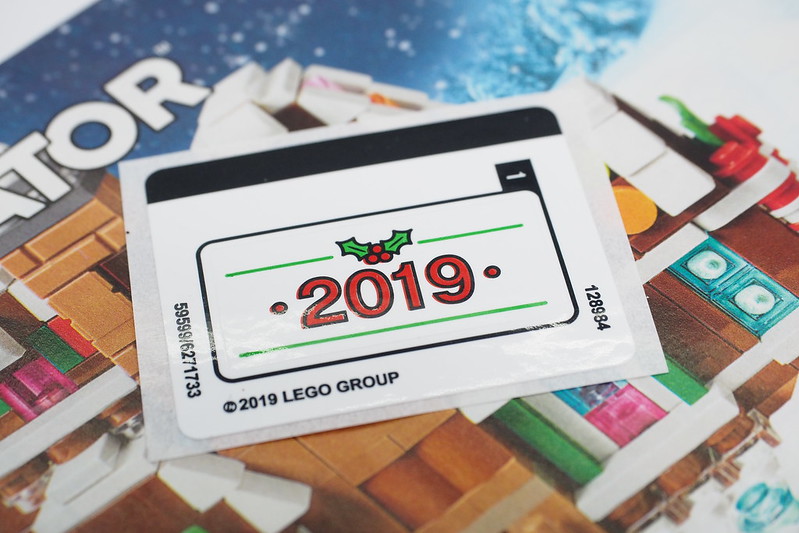 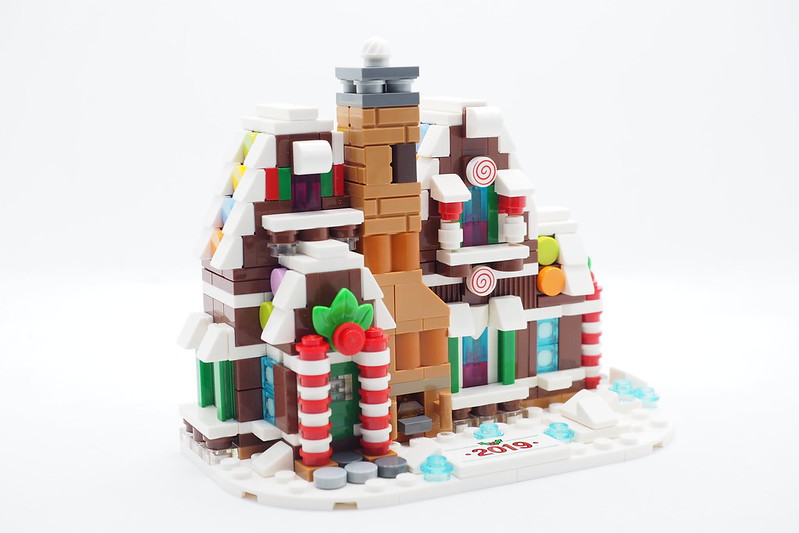 Judging from the contents of the box, I already figured that this would not be a straight forward a build as most other gift with purchases.

This is definitely an advance / intermediate build as there are a lot of techniques that employ a deeper understanding of the LEGO elements and what it can achieve. 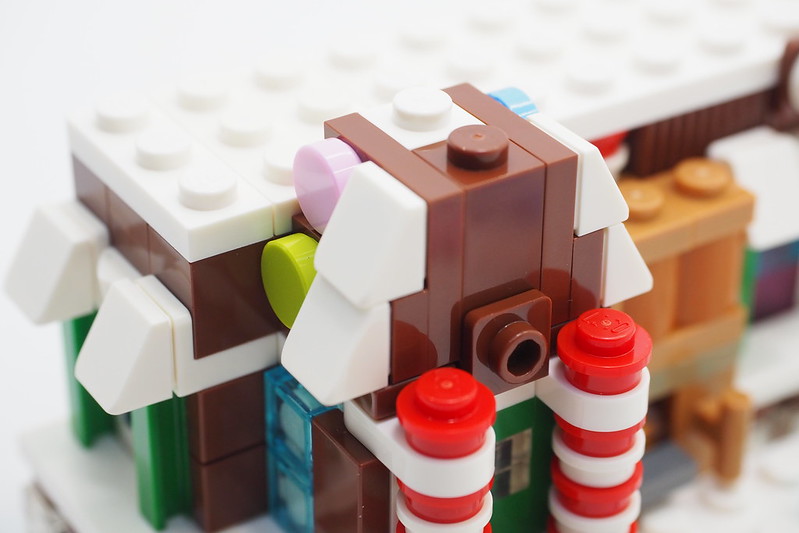 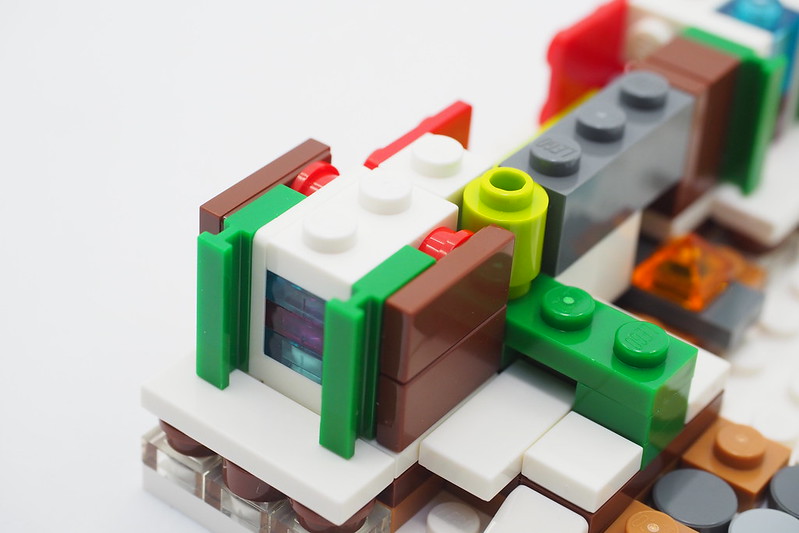 There is a lot of SNOT (Stud Not On Top) techniques and half-stud trickery that is peppered throughout the build which is needed to translate the details of the larger house to the mini one. 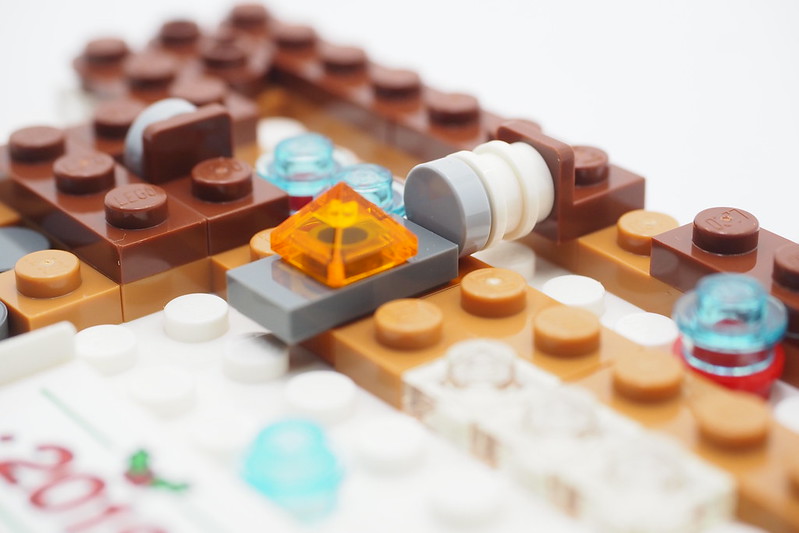 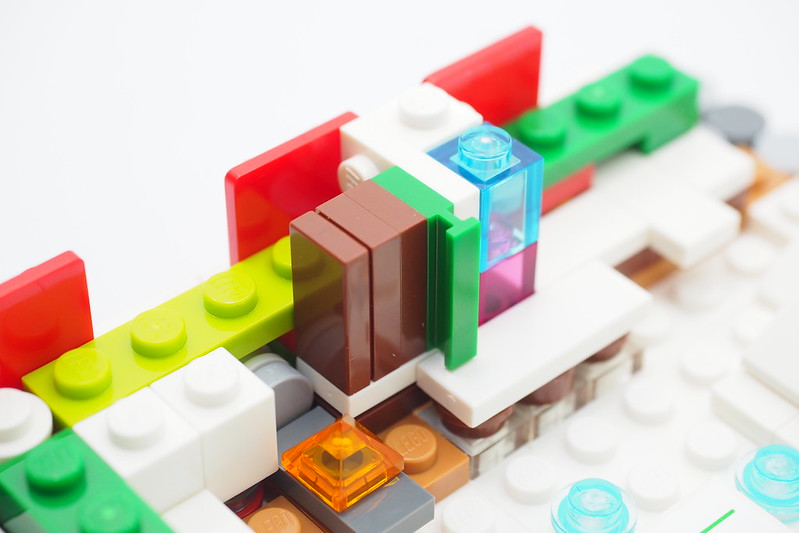 I’m not a fan of stickers but I do understand the necessity when it comes to the look of the final model like say in a set from the LEGO Speed Champions theme. 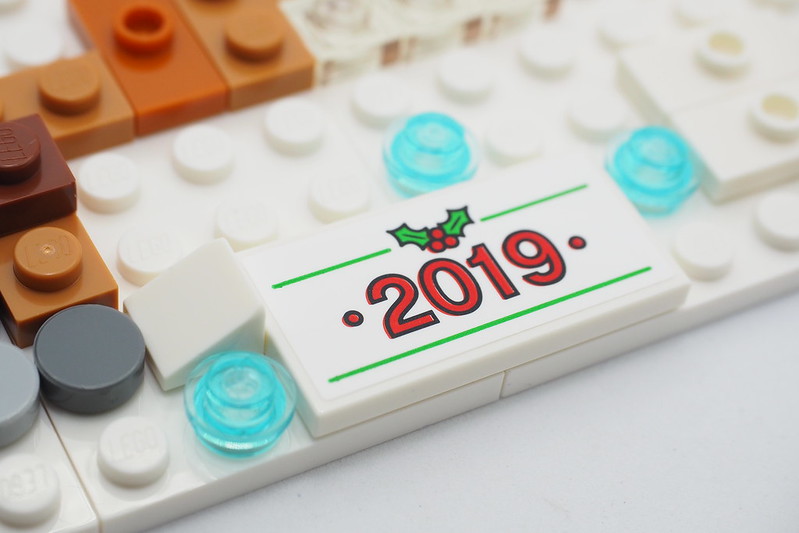 But in this case with the 2019 sticker, I felt that it could have been a printed piece as it is just one 2×4 tile. It would have been a nice exclusive and elevate this set to top of the resellers list.

The LEGO Mini Gingerbread House’s 500 pieces do contain a good variety of parts from the 1×1 round tiles to the 1x1x2 brick with studs on the side. 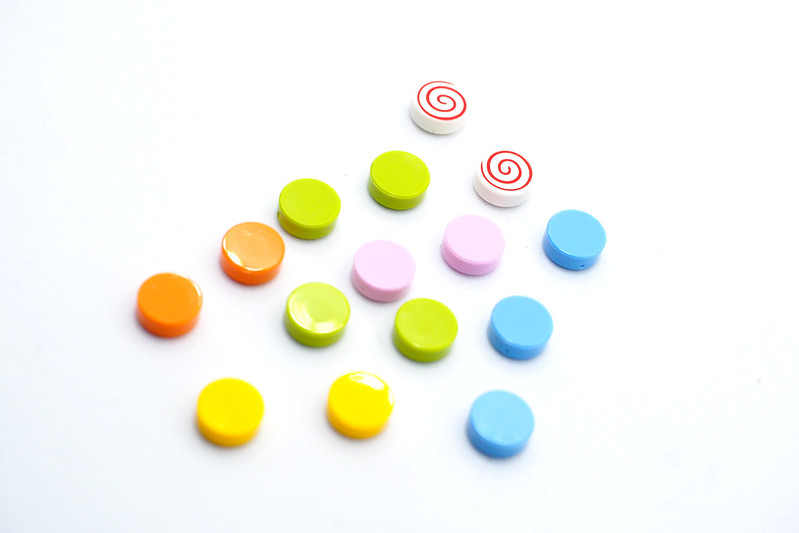 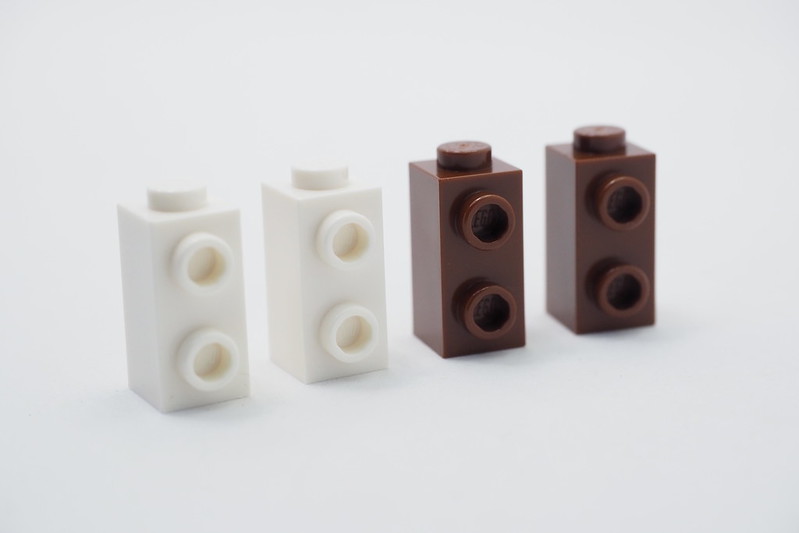 The set also has two of the ‘new’ 1×1 semi-circular bow in whit too. 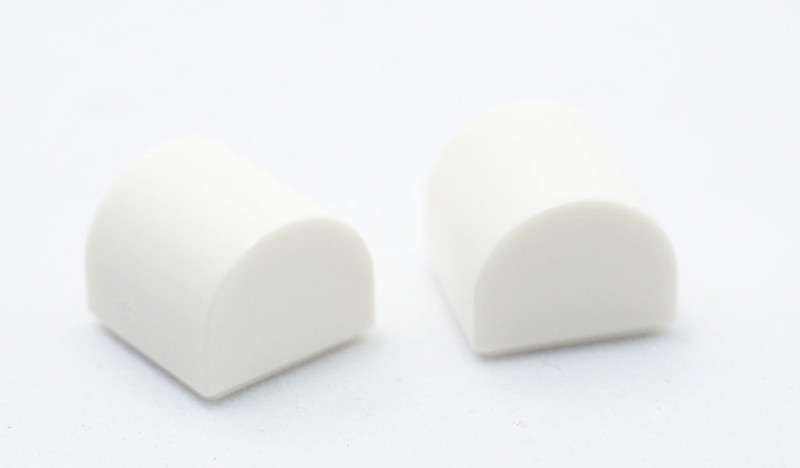 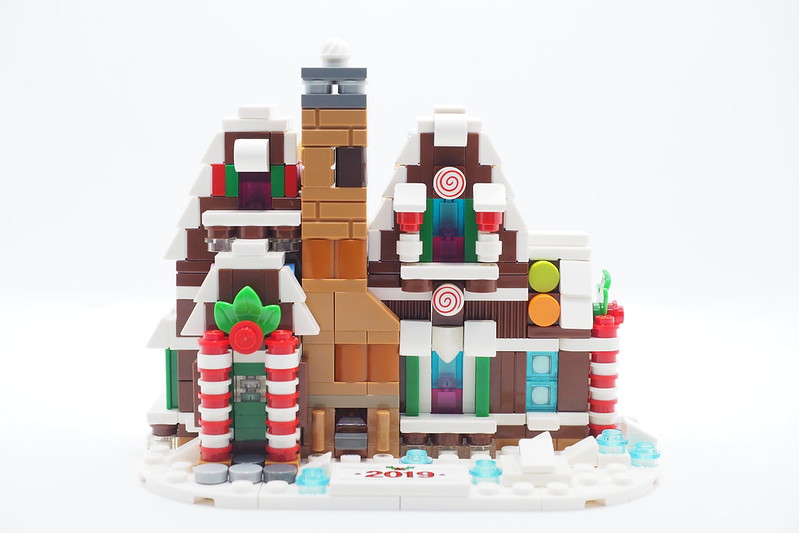 The model on its is simply gorgeous. Coupled with the fact that it was adapted from a larger model makes this a subtle achievement in its own right. 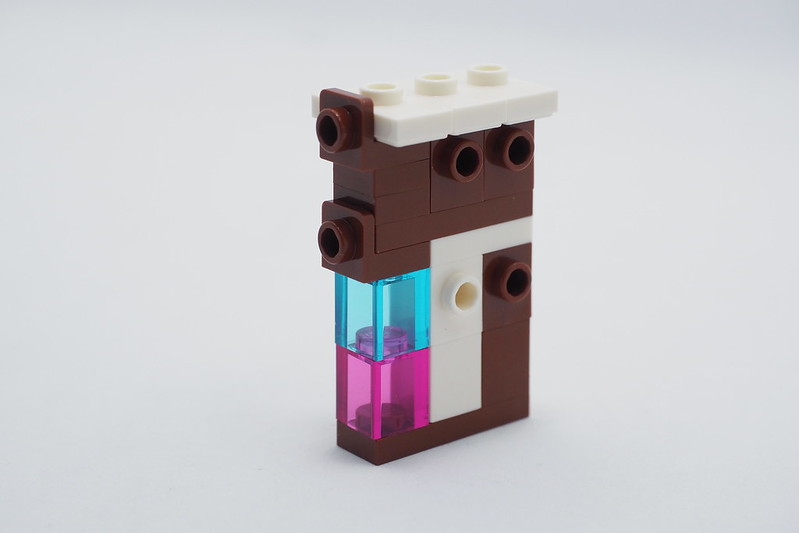 I was quite impressed that they used a SNOT technique to achieve the snowed in apex roof which was made up of a ‘spine’ with studs on the side which allowed the sloped roof to be attached vertically. 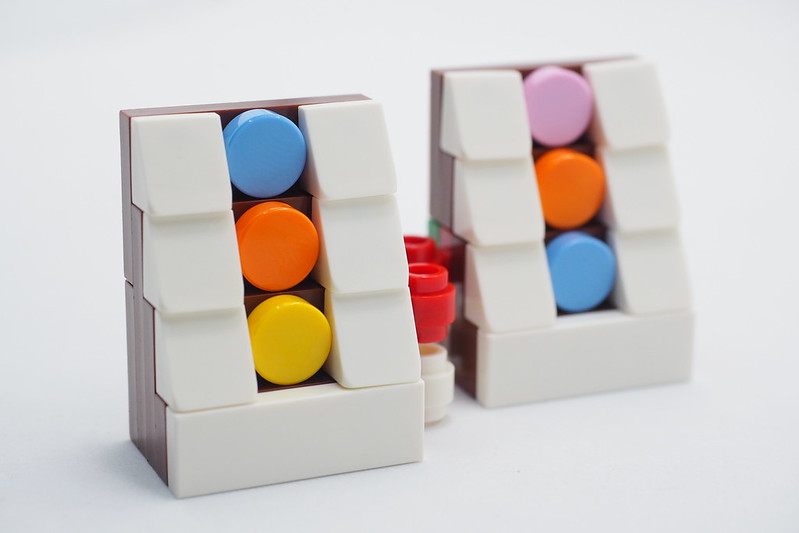 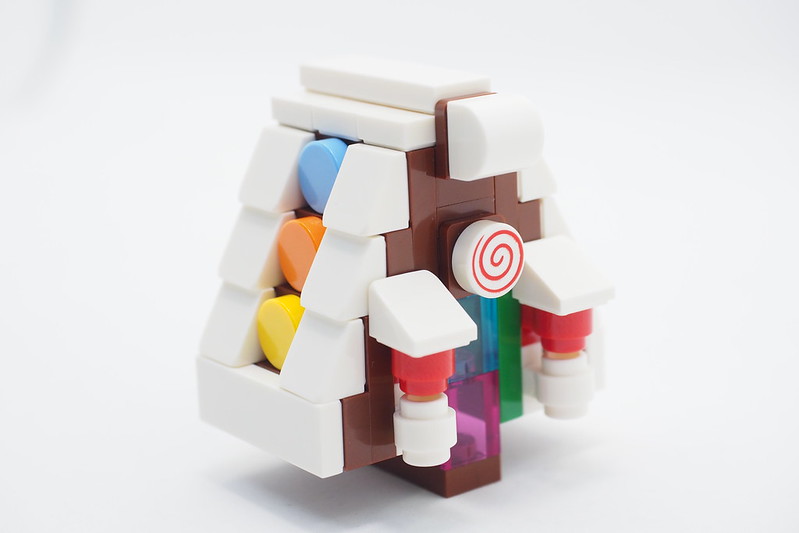 The model also manages to replicate the details on a micro scale like the fire place and the ‘stained’ glass windows. 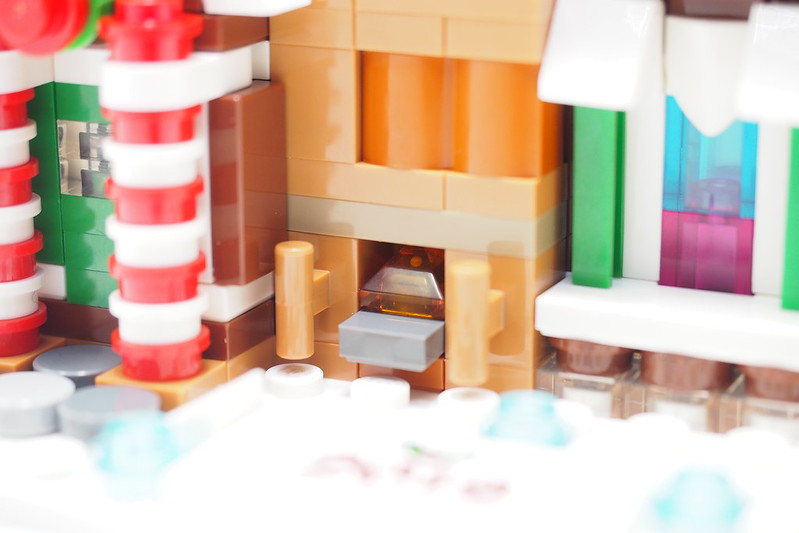 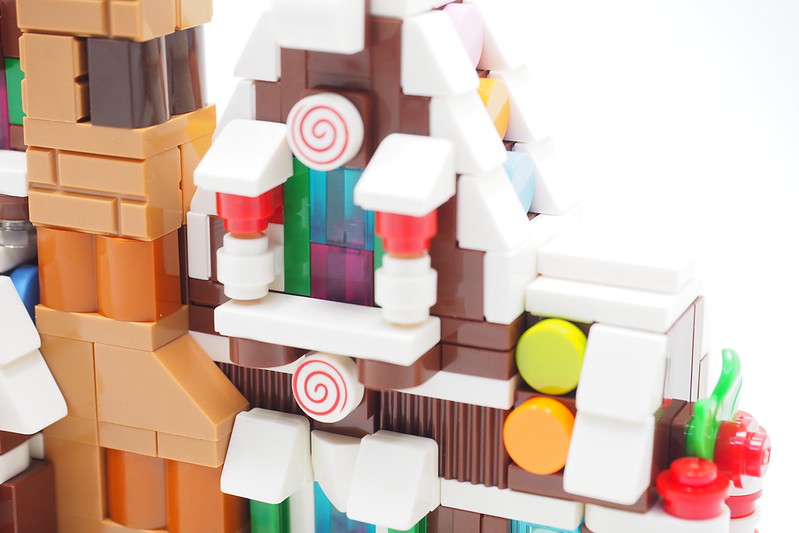 And here is how the mini version compares to the larger Gingerbread House that was released earlier this month.

LEGO delivers a compact micro scale gingerbread house that retains all the notable details of its counterpart. Hopefully they will continue the trend of having micro-scale models of their larger D2C sets like the LEGO 1989 Batmobile (76139) and the mini Batmobile limited edition. 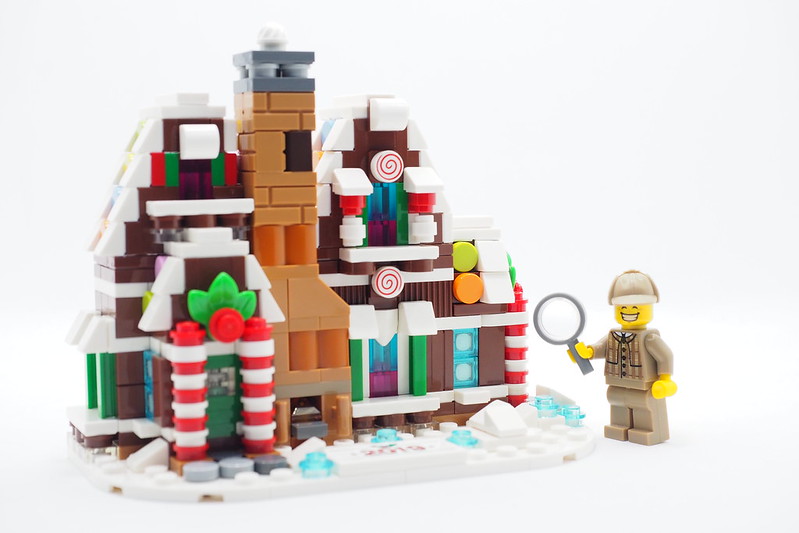