Celebrate the Year of the Rooster with these Impeccable MOCs

The Lunar New Year is just around the corner and builders from all over the world have been chiming in with their Year of the Rooster MOCs.

There are some of the really cute to the really complex and some that just push the boundaries of our favourite plastic brick.

Without further ado, here is our selection of MOCs for this Year of the Rooster!

Definitely one of the more realistic roosters mocs that I have come across, although the head is still slightly off scale, you cannot deny the fact that the shape and tail feathers are quite spot on.

I’m quite impressed that he actually managed to balance the entire model on those tiny chicken feet! 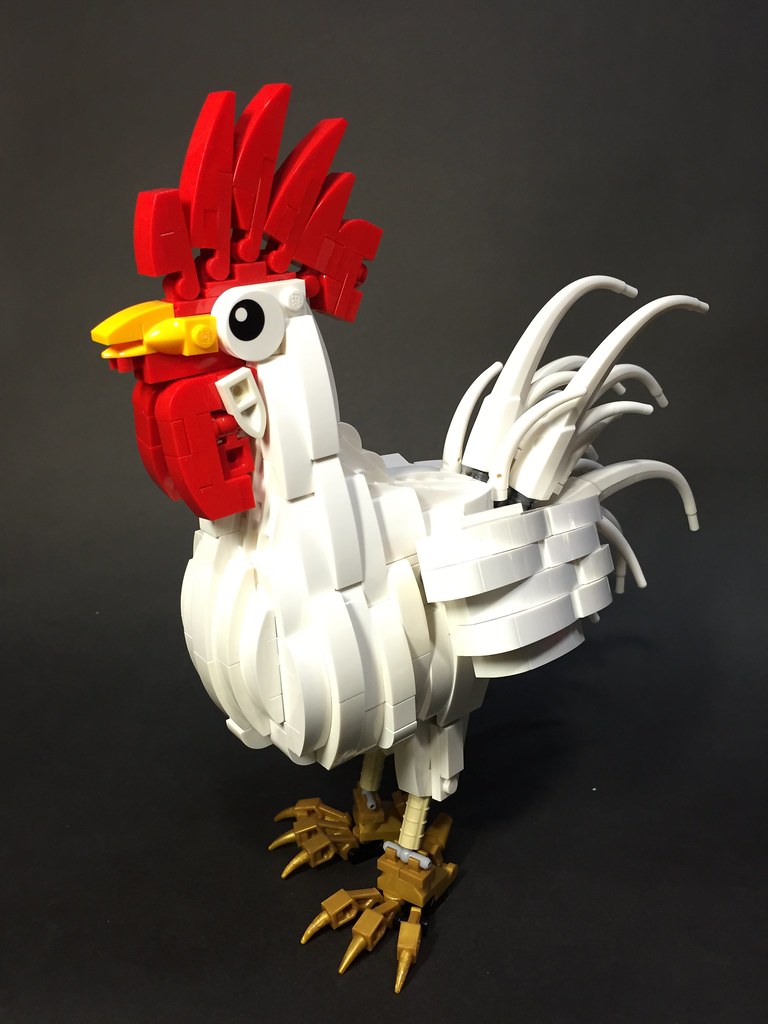 Amy’s traditional flower garden scene is packed with so many colours and textures that the vibrancy just shines through. I really do love the use of the Disney minifigure headpieces as balloons and she even popped in a couple of the Nesquik bunny minifigures too! 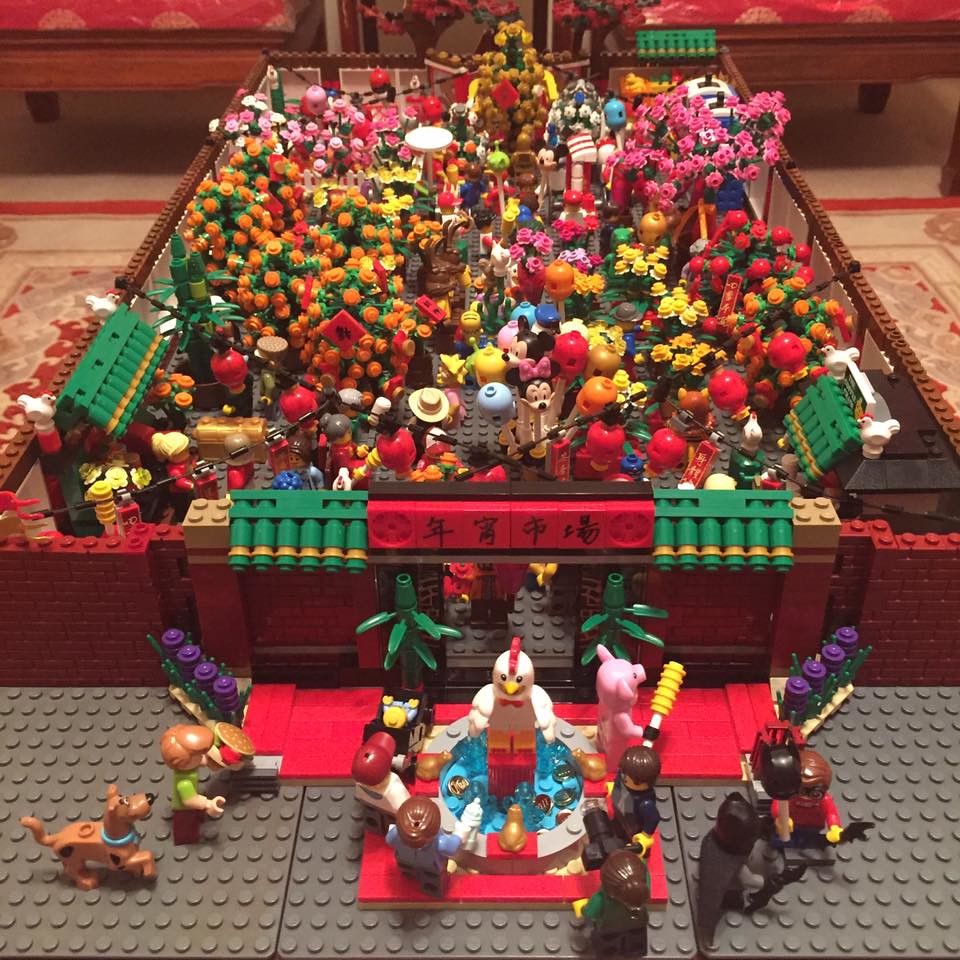 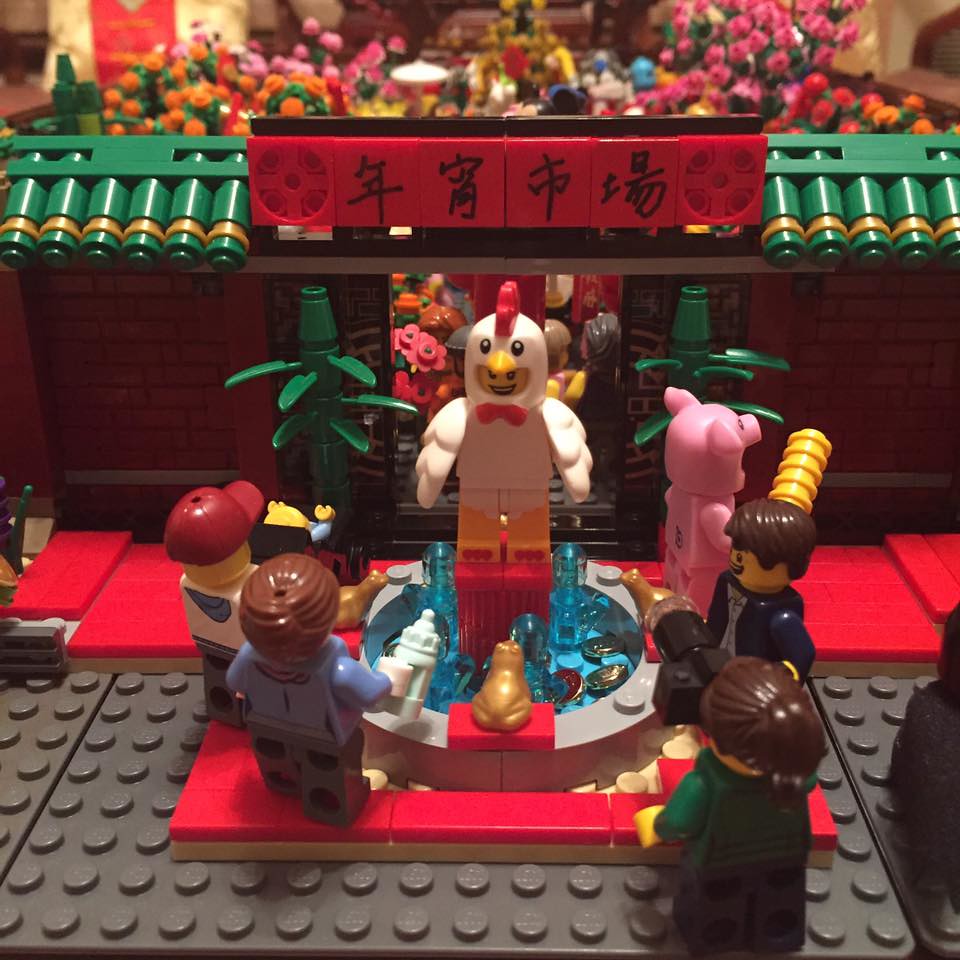 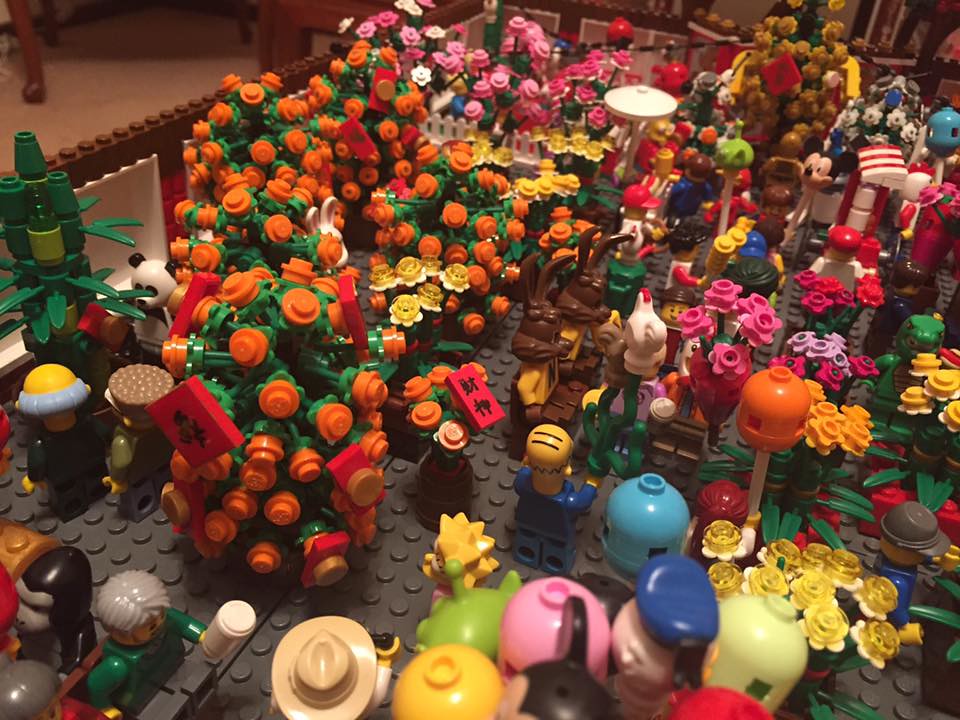 Another mind bending build that pushes the boundaries of what LEGO bricks can actually achieve. Utilising a tonne of clips, he has created what is instantly recognisable as the decorative Chinese paper cut-outs that we often see during the Lunar New Year celebrations.

And just a side note, that pair of scissors is made out of LEGO too. 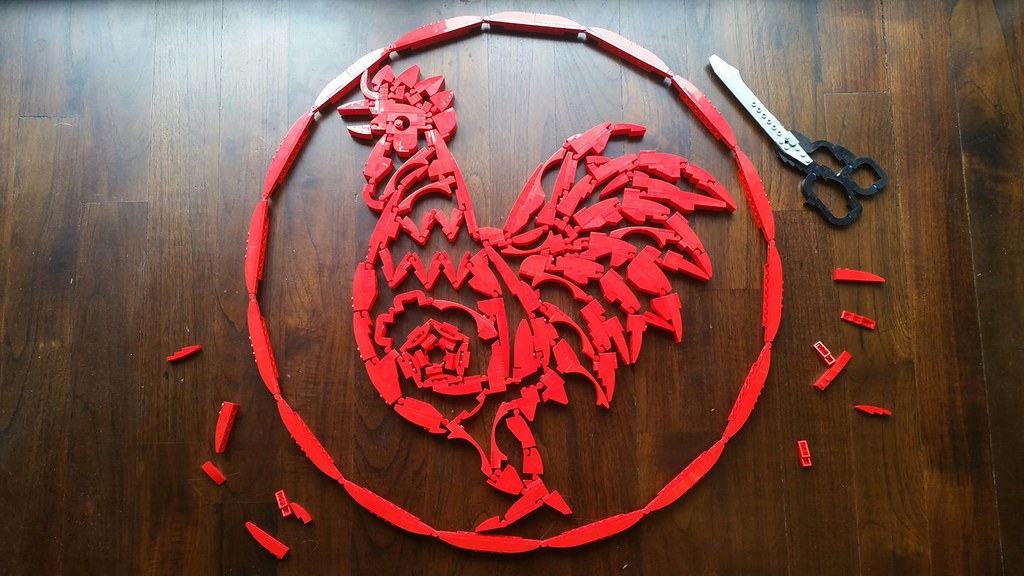 This is essentially a 16×16 vignette which is pretty amazing how much Ian manage to squeeze into it. The use of the plant leaves and flag as the tail feathers is a method that I have not come across before. 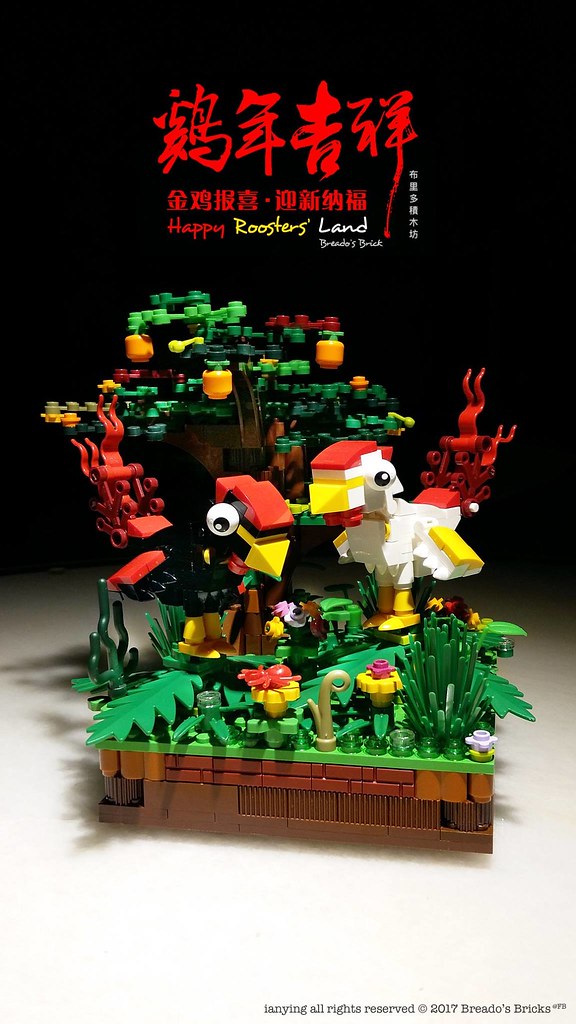 SK designed this with a mission in mind, to have aesthetics and functionality in a single build. He has achieved it with this modular Candy Box which allows you to remove and recombine each section. Now I know that the 1 x 1 x 2 Wing End element makes for a good substitute for gold ingot candy. 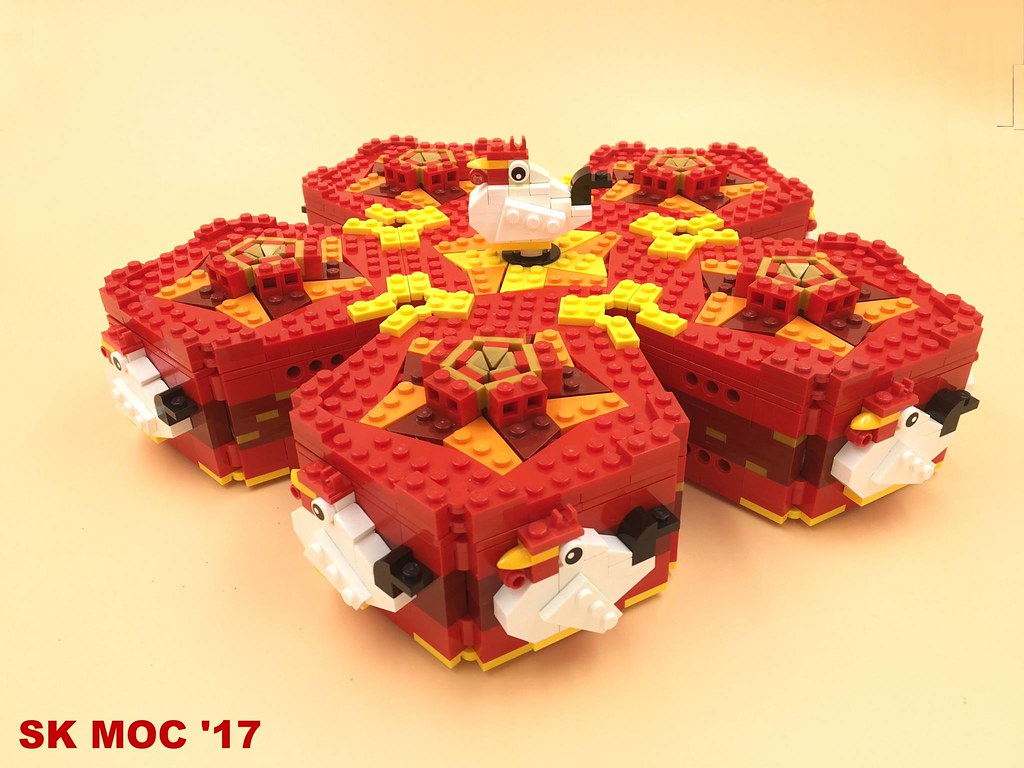 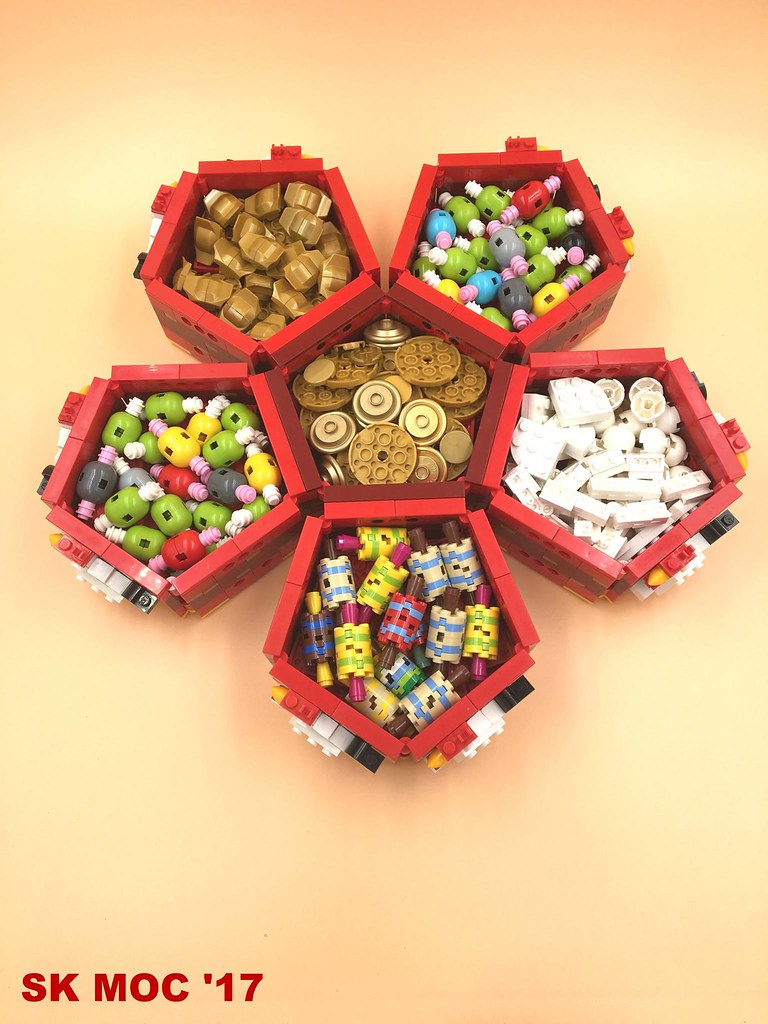 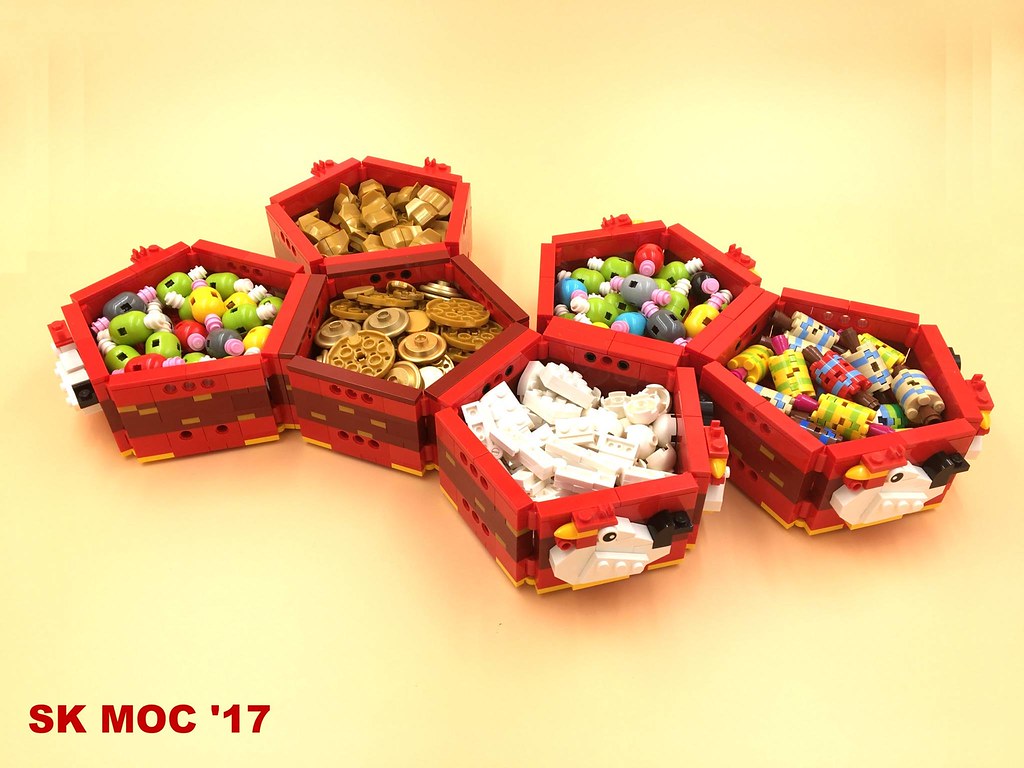 Utilising a dot-matrix style for her MOC, Karen has created LEGO calligraphy that mimics brushstrokes. She has even included her own calligraphy brush made out of barrel parts. 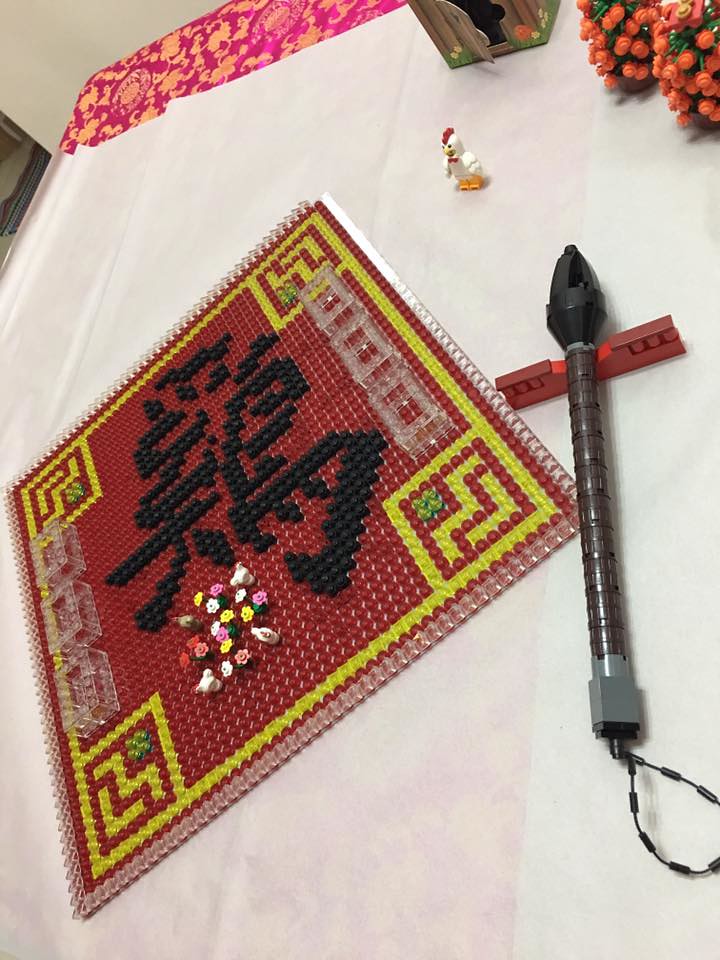 This rooster could easily give Angry Birds a run for their money. This is the smallest rooster/chicken in this list but it makes it even more ultra cute. Very nice use of the yellow minifigure hands as the chicken’s feet and the plate accessory as the sun. 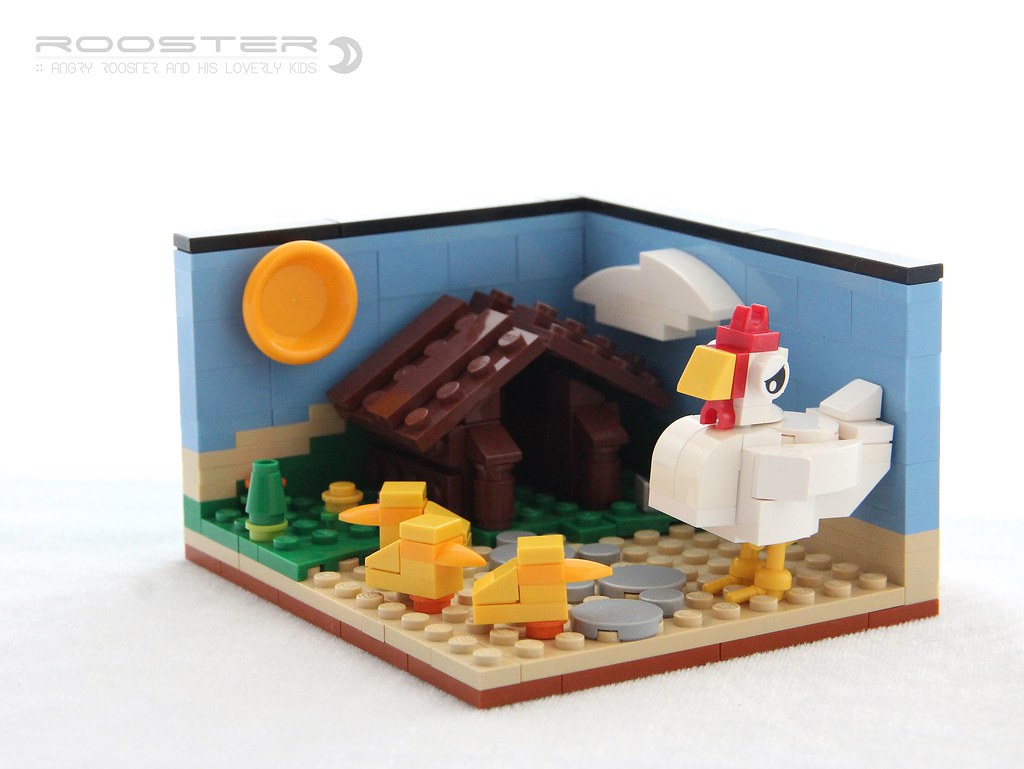 This would be the other smallest rooster MOC in this list as it is actually only 4 studs wide and not only that, it is ultra cute to boot! 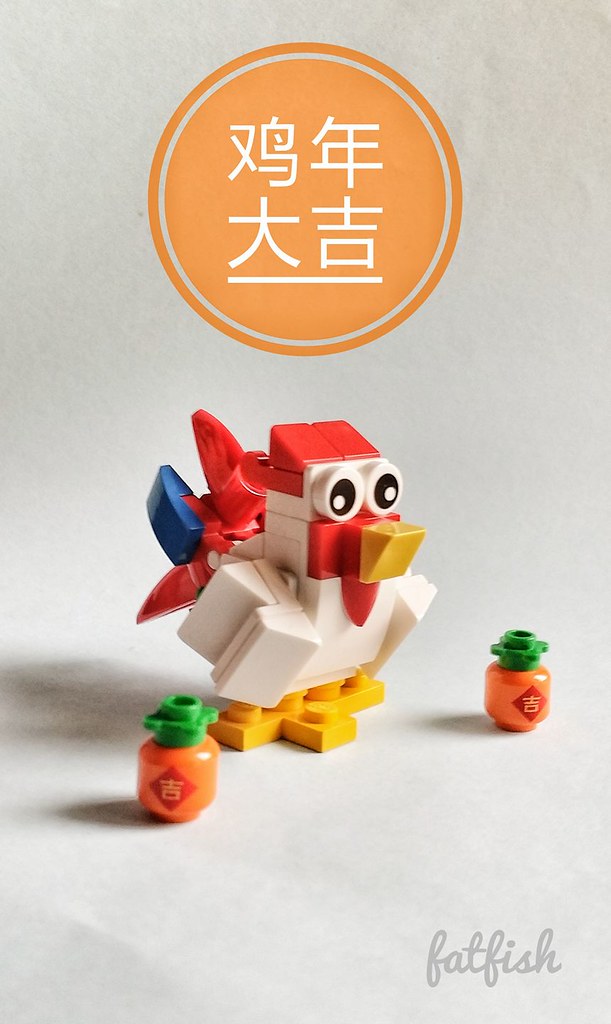 This rooster family is built by Ng WY and he has conjured up these balls of feathers complete with brick built chicks breaking out of their shell. The adult chickens reminds me of Mathilda from “Angry Birds”. 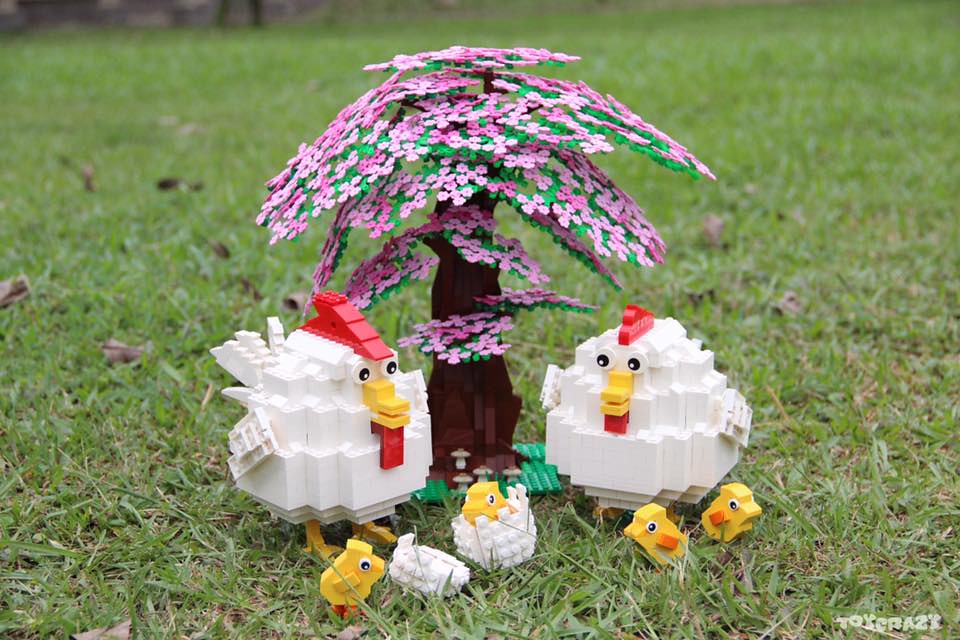 Here is how a traditional Chinese New Year candy box looks like with its’ partitions for the different types of candy. This would look perfect on anyone’s coffee table for visiting guests to have their fill of sweet treats. 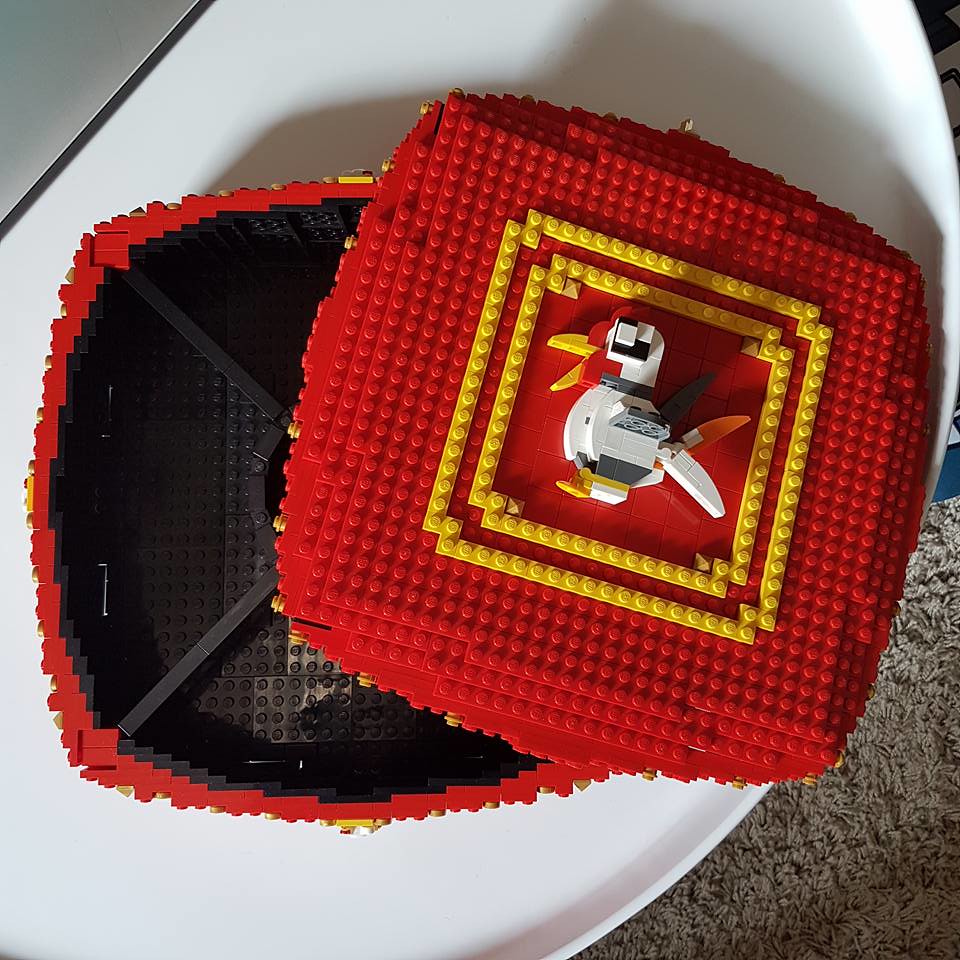 This was a fun rooster build which is completely made out of Pick-A-Brick parts from the LEGO Certified Store. 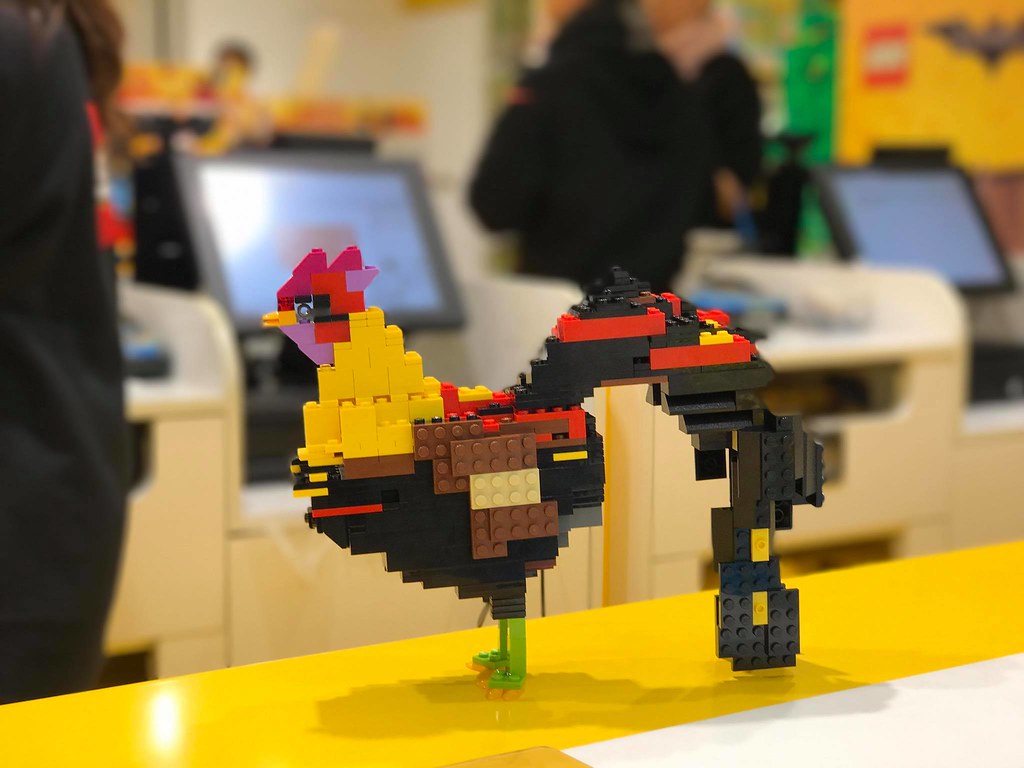 Building English text is already quite a challenge when it comes to LEGO bricks so you can imagine what it is like to build Chinese characters. A lot of curves and clips were used to create this lovely calligraphy which translates out to “Happy New Year”. 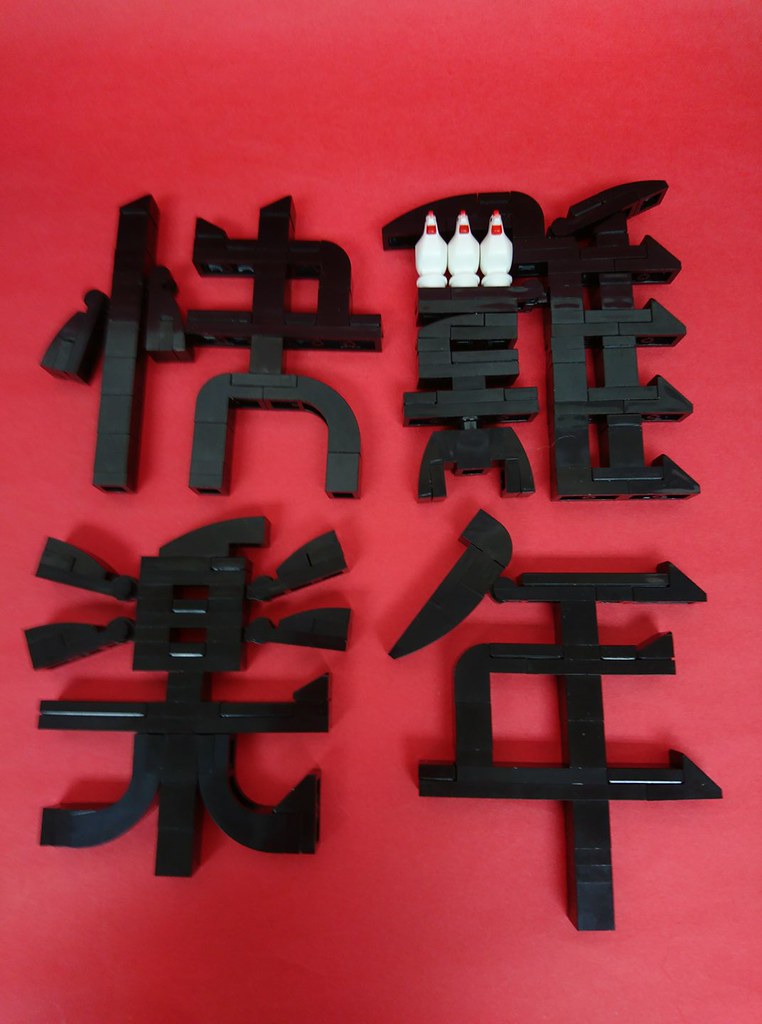 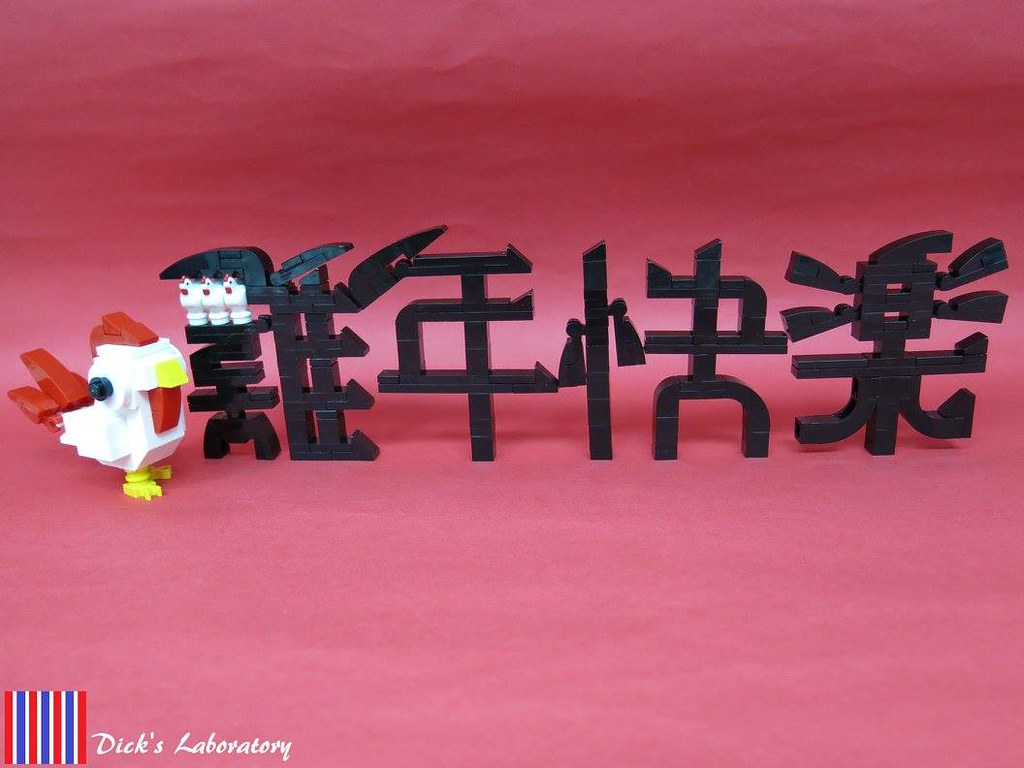 Xylvie designed this by combining the Chinese character “福” with an outline of a chicken vector art and built it from there. There was no LDD involved and completed in less than a day. And no, that pomelo is not made of LEGO. 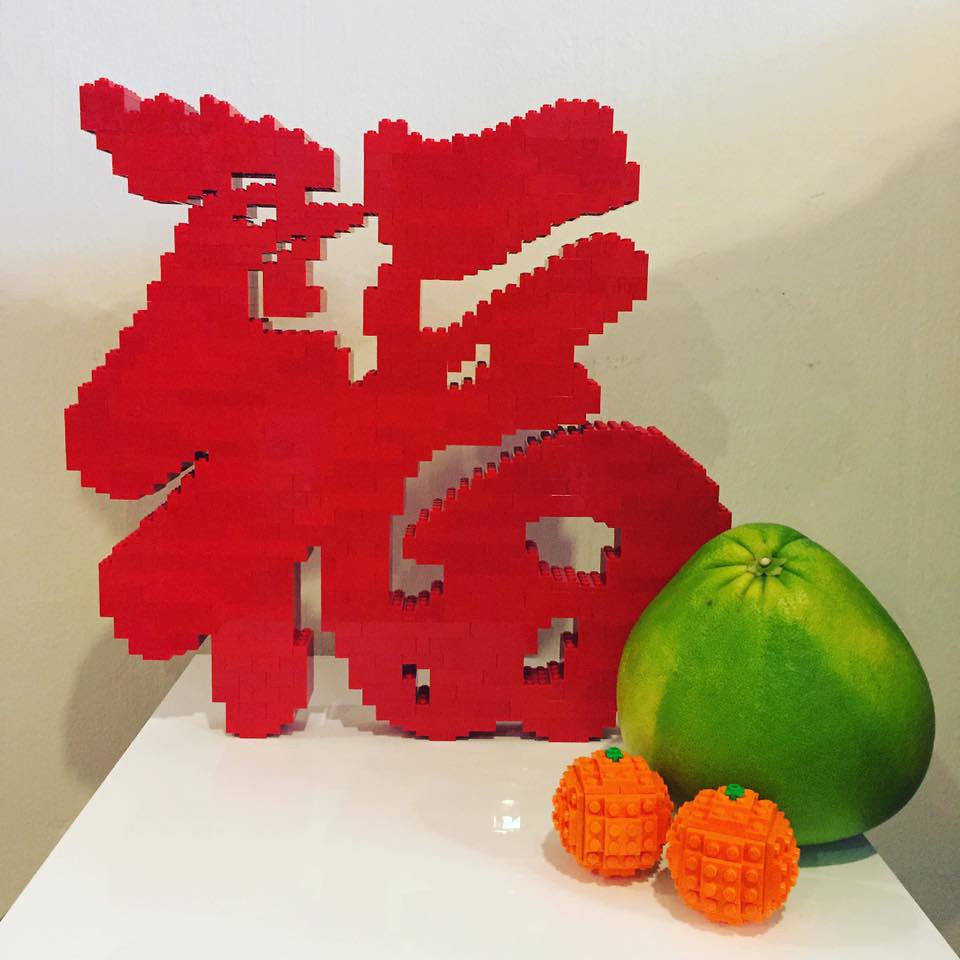 DOGOD’s rooster is the most nonchalant of any of the roosters that I’ve come across and I guess since this is the Year of the Rooster, he can pretty much feel what he wants. 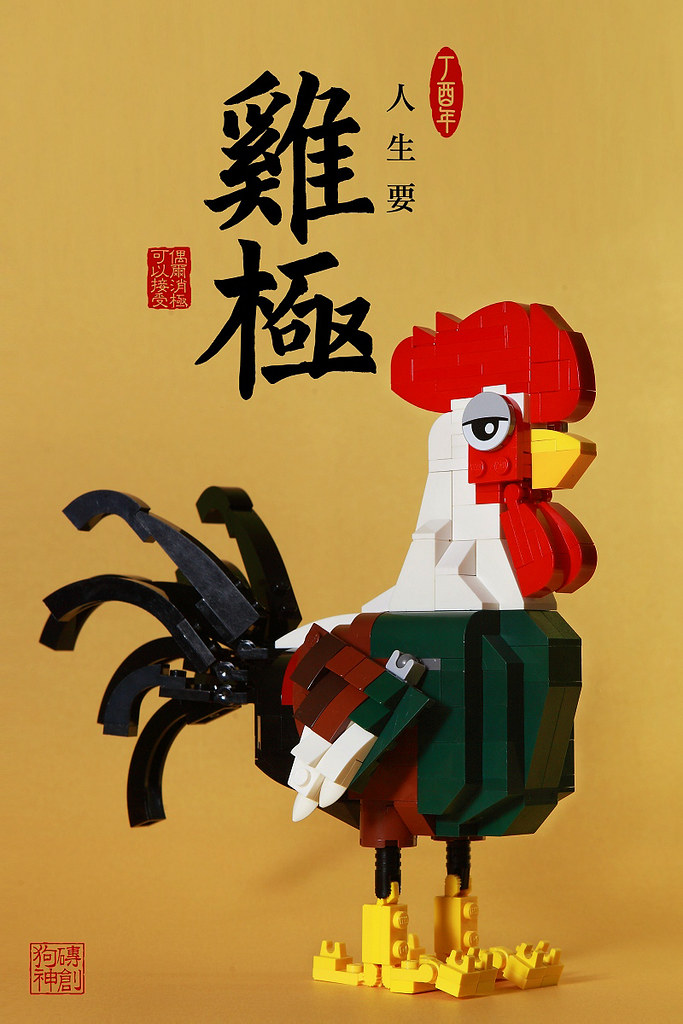 A smaller rendition of the traditional rooster with black tail feathers and red comb, Artisan Bricks actually designed this rooster’s head to swivel and with movable wings.