There have been numerous iterations of the Changi Airport Control Tower over the years but none attempted to challenge the complexity of building it in minifigure scale.

This version of the Changi Airport Control Tower is the brainchild of Kevin Ong, an aviation fan who hails from the Malaysian Peninsular, whose passion lead him to create my favourite version of one of Singapore’s most iconic landmarks.

Standing at a staggering 1.2m, it is the tallest non-commercial LEGO version of the control tower to date but the true highlight is in the architectural finesse that has been applied to the construction.

His first encounter with the structure was when he arrived in Singapore in 1985 for the first time aboard a Singapore Airlines B747 while en route to Malaysia. It towered above the runways and the design has remain unchanged ever since its inception.

The crown jewel of Changi Airport sees more than 900 flights in and out of Singapore every day which works out to having a plane take off or land, every 90 seconds.

One of the main challenges Kevin faced was the construction of the air controllers housing or more affectionately known as the ‘cupcake’ section. 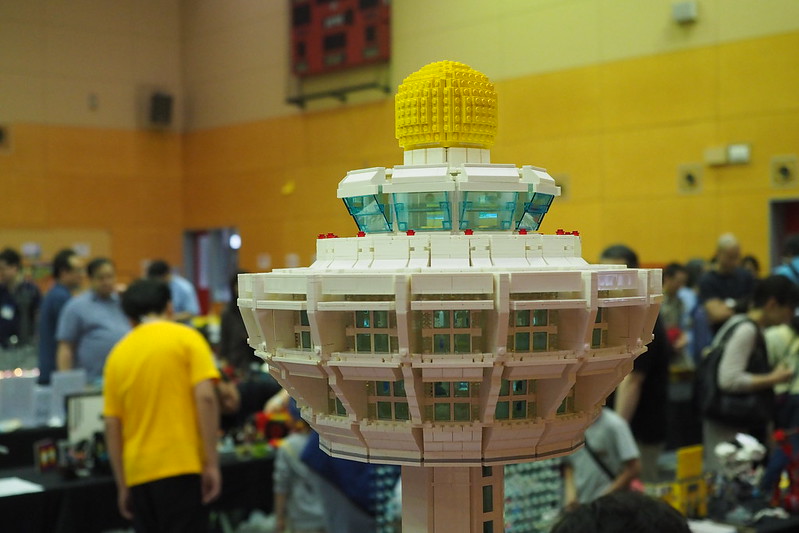 “The circular shape needed to hold together without losing the distinct details of the actual landmark itself. Online research was crucial as I had no prior experience dealing with circular structures.”

There had been other LEGO builds which dealt with circular structures but not at the scale in which was needed to accomplish the LEGO Changi Control Tower which basically left Kevin to forge new ground. 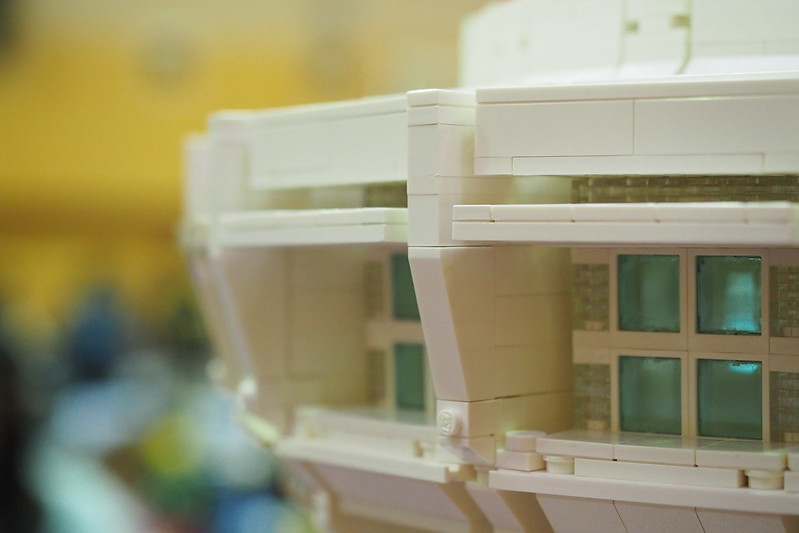 Not to mention that it has to balance upon a spin no larger than ten studs in diameter which lead to several hiccups that had him going back to the drawing board.

“This proved very quickly to be the most challenging part of the project, during which time the Crown collapsed several times and had to be rebuilt over again. There were of course many learnings from each failure until there was one that eventually worked.”

Designing the tower and overcoming the balance issues was one challenge, the other being to make it portable for display at overseas conventions. Most of the time builders tend to construct first and then think about how to transport the final build.

Having to make design choices based on portability allowed for an easier journey to the destination of choice.

With all that in mind, the entire structure took close to two years to complete which he worked on during his free time. There are plans for expansion of the LEGO Changi Airport Control Tower to include possible landscaping for the base. 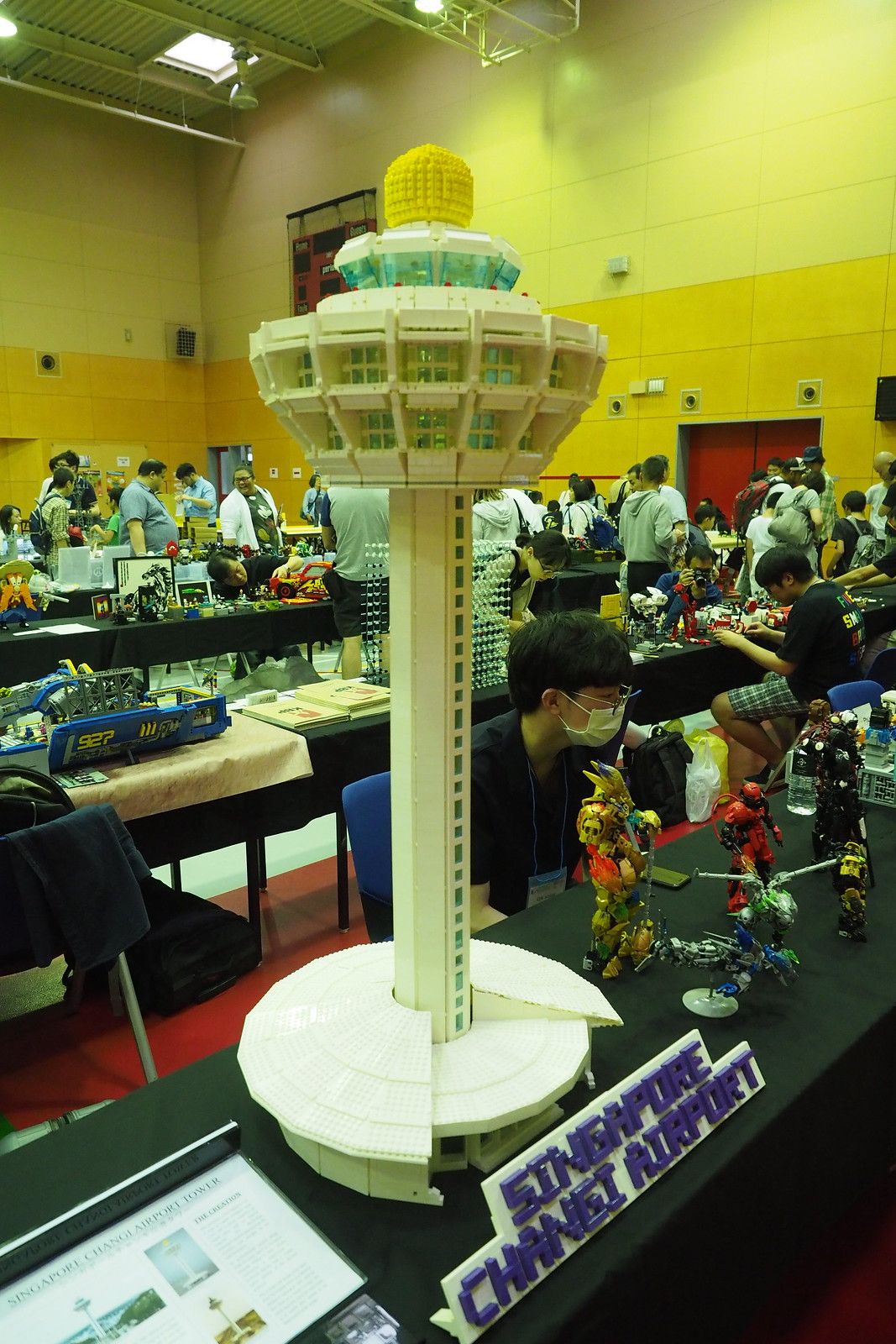 As a Singaporean, to see this first hand is really a treat as this is one of our national icons which has represented our little red dot for years.

For those who were not able to attend Japan Brick Fest, I heard that there are plans for future displays so stay tuned! 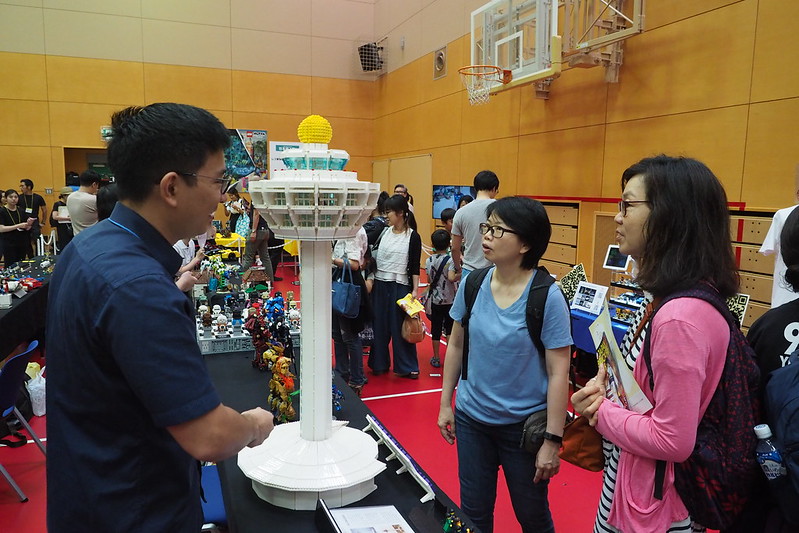