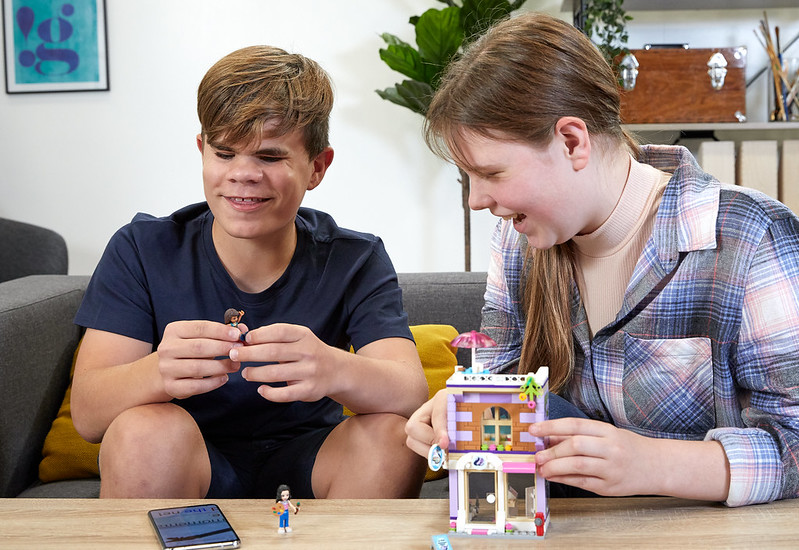 This is the brainchild of 22 year old Matthew Shifrin, who is visually impaired himself, which uses AI technology to allow those without sight to experience the joy of building a regular LEGO set. 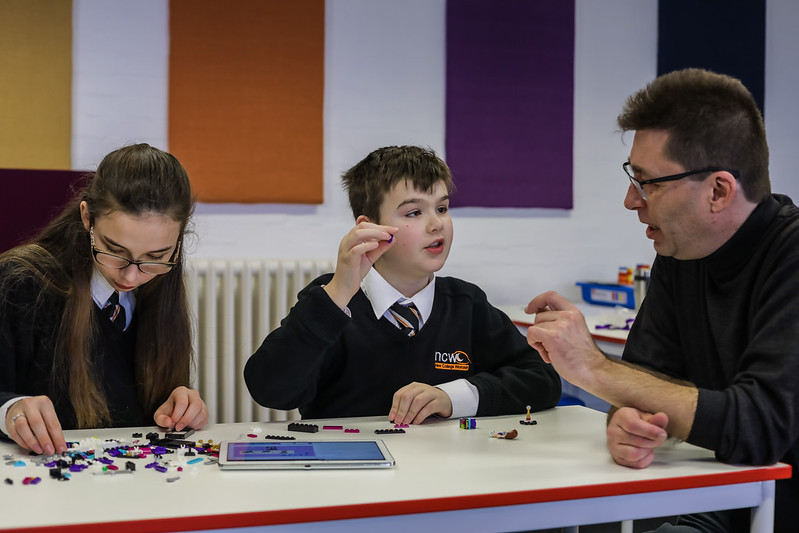 Billund, Denmark August 28: What started as a kind gesture between friends living just outside Boston, US, is today being rolled out as a global pilot by the LEGO Group – using AI technology the initiative aims to make the LEGO play experience more accessible for those with vision impairment. We call it: LEGO® Audio & Braille Building Instructions. 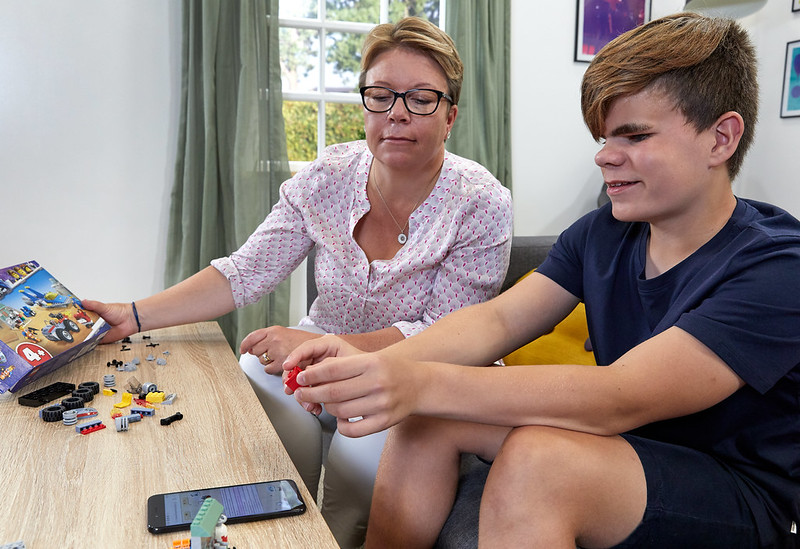 The idea comes from Matthew Shifrin, who was born blind. As a child, he developed a strong passion for LEGO play. However, he always needed assistance when it came to specific LEGO building instructions.

“I had a friend, Lilya, who would write down all the building steps for me so that I could upload them into a system that allowed me to read the building steps on a Braille reader through my fingers. She learned Braille to engage with me and support my LEGO passion, and then spent countless hours translating LEGO instructions into Braille”. 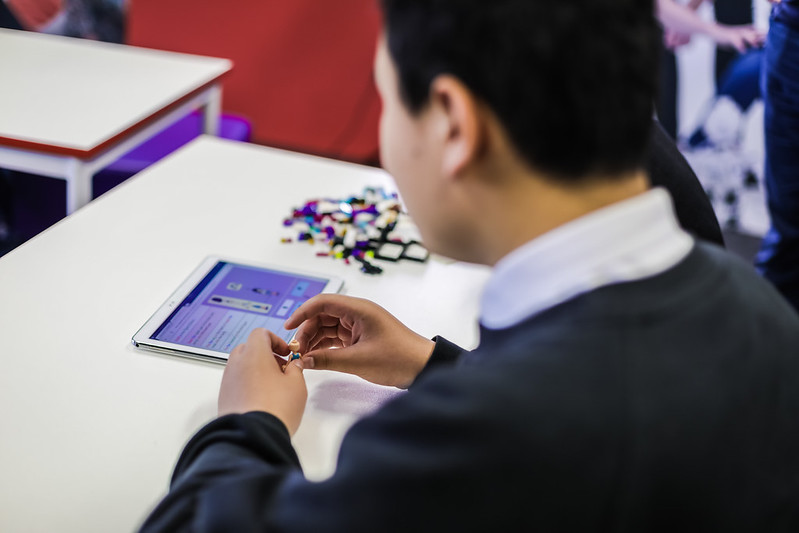 Shifrin would pore over his customized instructions to create models such as the LEGO Creator Expert Sydney Opera House and London Tower Bridge, the latter of which required over 850 pages. For the first time ever, he was able to build LEGO sets by himself without being dependent on someone else guiding him through the instructions. 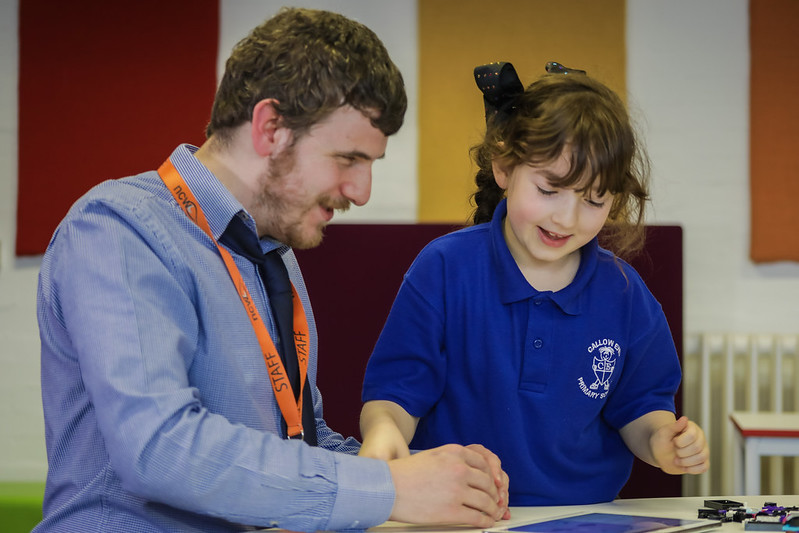 “This is extremely important for blind children because there aren’t a lot of places where we can say, ‘Look Mom and Dad! I built this on my own… I did this’“ says Shifrin. “For blind children, we don’t have access to what sighted kids are used to. LEGO bricks enable us to learn about our environment, to see the world. It is so important because blind kids get left out of a lot of social stuff, especially in elementary school. But LEGO building is one of the things we can do.”

When Lilya sadly passed away in 2017 Matthew was inspired to honour her memory by ensuring others benefitted from her idea of creating LEGO building instructions for those with no or limited sight. Through a friend at the MIT (Massachusetts Institute of Technology) Media Lab, he was then introduced to the Creative Play Lab at the LEGO Group. 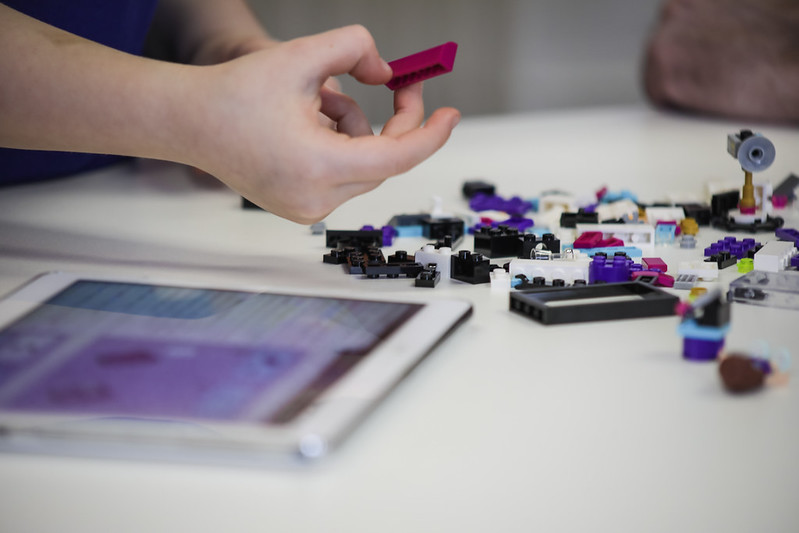 “Matthew’s story demonstrates the power of LEGO play. It brings people together, helps to build confidence and sparks creativity. It has been an honour to work with Matthew, his passion and energy are truly inspiring. But most importantly his project will help visually impaired children around the world experience the same joy of building and pride of creation that all our fans feel”, says Fenella Blaize Charity, Creative Director, LEGO Group.

Available in English as a free service for all through the accessible website www.legoaudioinstructions.com, the first four instructions to be launched include a set from LEGO® Classic, LEGO® CITY, LEGO® Friends and LEGO® Movie 2™. Consumers can either chose to hear audio instructions using their screen reader or with audio provided by the LEGO Group, or alternatively chose to read the instructions using a Braille reader. Depending on consumer feedback on the four pilot instructions, which will be collected until the end of 2019, the intention is to launch more Audio & Braille instructions first half of 2020.

While these instructions show radical innovation, there’s still a lot of progress to be made in terms of further developing the AI software and automating the process. The long term ambition is to add more languages and support all future product launches – most importantly however, is to ensure fun and high quality learning through play experiences.

The pilot launches just four months after LEGO Braille Bricks were announced – an initiative aimed at supporting young children with vision impairment to learn Braille in a playful and inclusive way. Co-developed with the LEGO Group, both projects have been funded by the LEGO Foundation.
“As I build a set I develop a better sense of what a building looks like and how it is laid out and constructed. For blind people LEGO sets act as miniature 3D substitutes for real-life buildings in lieu of two-dimensional photographs. LEGO bricks allow me to see things that are impossible to explore by touch, such as the arches of a Middle Eastern palace or the towers of the London Tower Bridge.

I would like to get my instructions out to the blind community. I would like every blind person to be able to download the instructions, buy a set, have a sighted person sort the pieces, and feel on par with a sighted builder. I want every blind person to feel that the once impossible is now possible; that he or she can now build a miniature LEGO world.”

THE LEGO® MOVIE 2™ © & ™, Warner Bros. Entertainment Inc. & The LEGO Group. LEGO, the LEGO logo, DUPLO, the Minifigure and the Brick and Knob configurations are trademarks and/or copyrights of the LEGO Group. ©2019 The LEGO Group. All rights reserved.

About the LEGO Group:

The LEGO Group’s mission is to inspire and develop the builders of tomorrow through the power of play. The LEGO System in Play, with its foundation in LEGO bricks, allows children and fans to build and rebuild anything they can imagine

The LEGO Group was founded in Billund, Denmark in 1932 by Ole Kirk Kristiansen, its name derived from the two Danish words LEg GOdt, which mean “Play Well”.

Today, the LEGO Group remains a family-owned company headquartered in Billund. However, its products are now sold in more than 140 countries worldwide. For more information: www.LEGO.com

About the LEGO Foundation:

About Austrian Research Institute for Artificial Intelligence
The Austrian Research Institute for Artificial Intelligence (OFAI) is one of Europe’s leading non-profit contract research institutions. Since 1984, it has been cooperating with international and national organizations, companies, universities and research institutes from almost 30 countries. It is a research institute of the Austrian Society for Cybernetics (OSGK), a registered scientific society founded in 1969. In solving the problems of its partners, OFAI uses methods like machine learning and data mining, language and speech technology, neural networks, intelligent software agents and other software technologies, with many of the underlying methods developed in-house. Services range from consultancy, basic and applied research on a contractual base, to working as partner or prime contractor in scientific projects on national or European level, with 35 years of experience in a diversity of domains.

PreviousWill We Get More LEGO Simpsons Sets?
NextReturn of the King: The Lepin Saga Continues