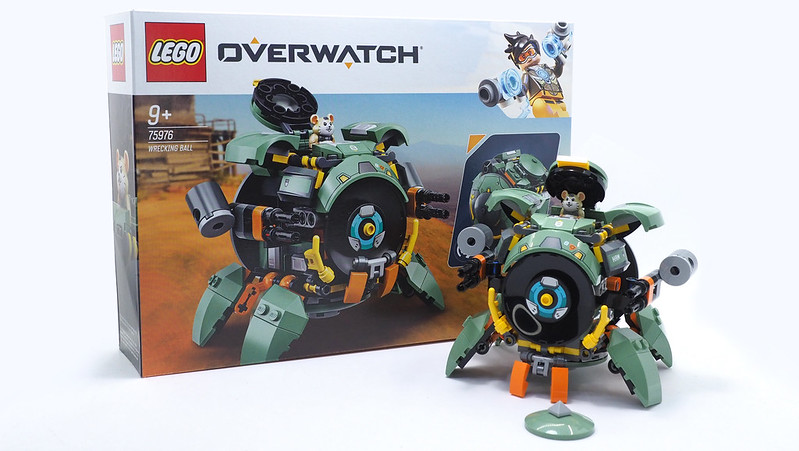 The LEGO Overwatch Wrecking Ball (75976) set is one of the two LEGO Overwatch sets that will be coming out on the 1st of October and I managed to get my hands on one for an early review.

If you are a fan of the games, you would be able to instantly recognise this metallic ball of awesomeness in LEGO form. And well, if you’re not, it is still one helluva cute set. 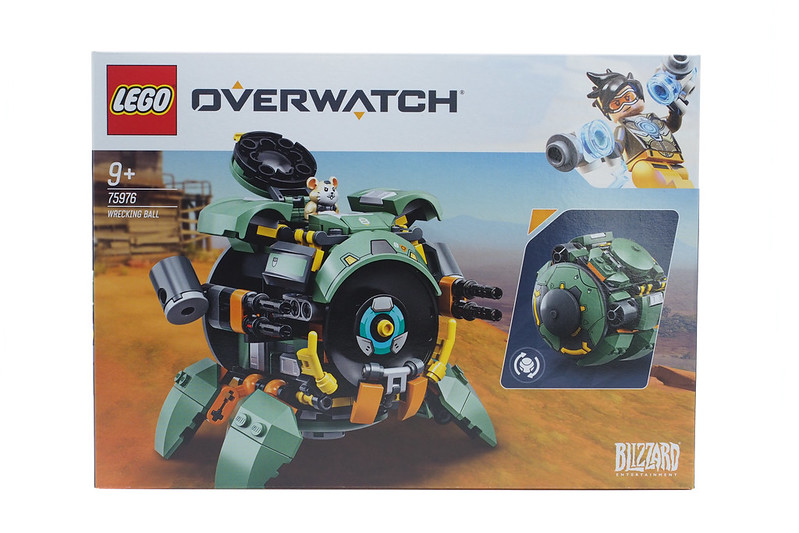 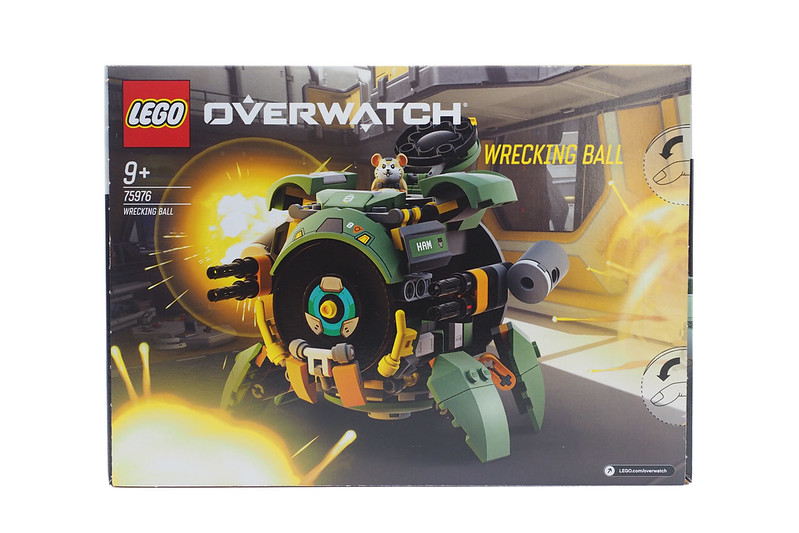 This is one of the smaller sets to come from the theme. It contains 227pcs split across two numbered bags. 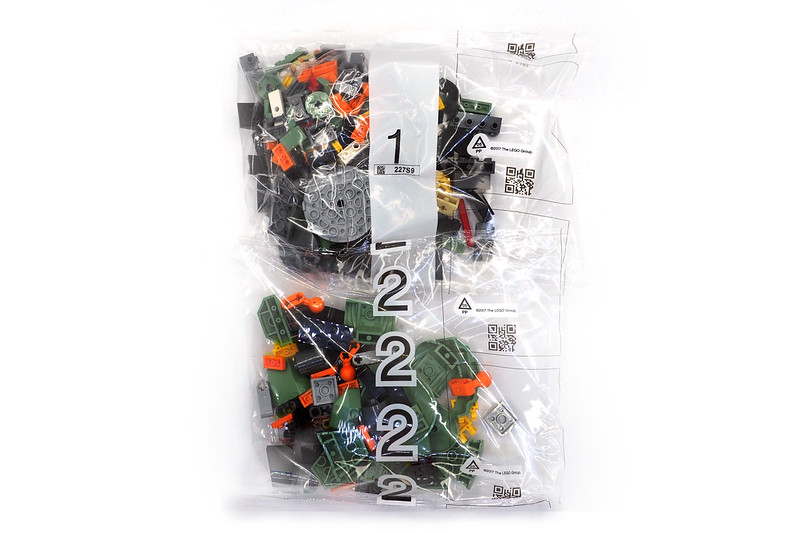 There is an instruction booklet and a small, yet dreaded, sticker sheet. 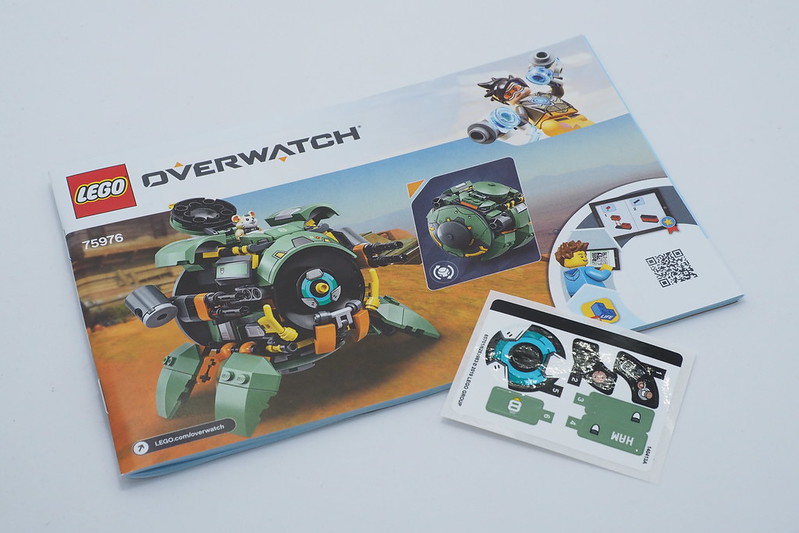 Even though some of the elements in this set rely on adhesives, there are two fully printed pieces which kind of makes up for it. 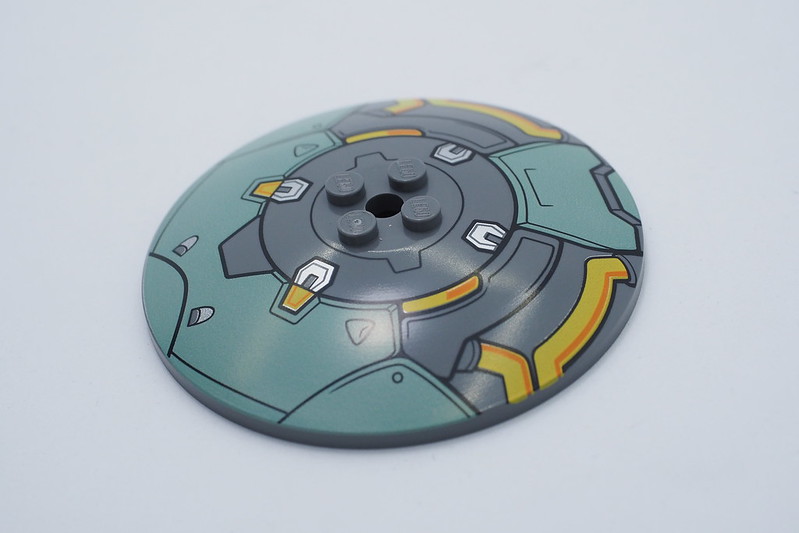 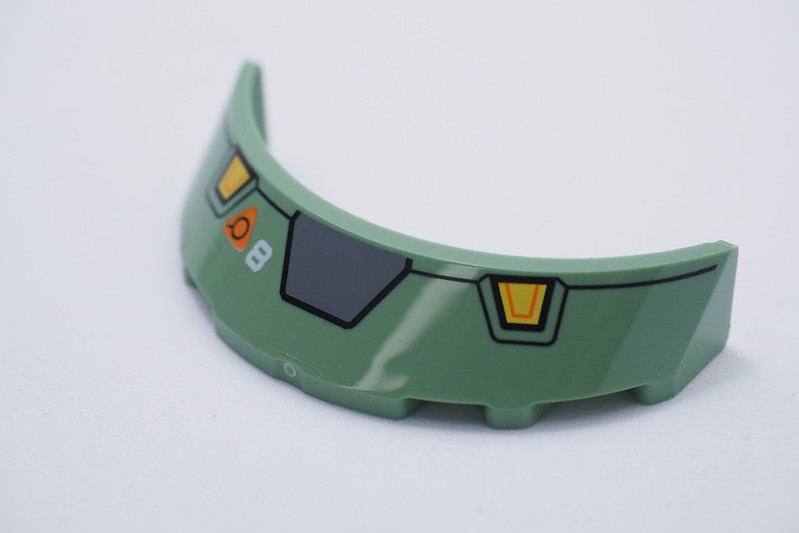 I’m quite alright when it comes to stickers but I think these two printed elements should compensate the adhesive averse.

Technically, the set doesn’t come with a minifigure but an animal figure. 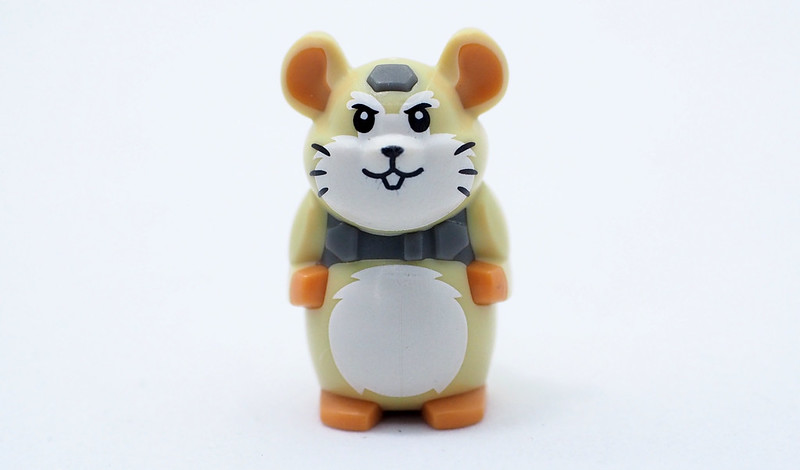 In the games, the wrecking ball mech is piloted by a genetically enhanced hamster aptly named Hammond. 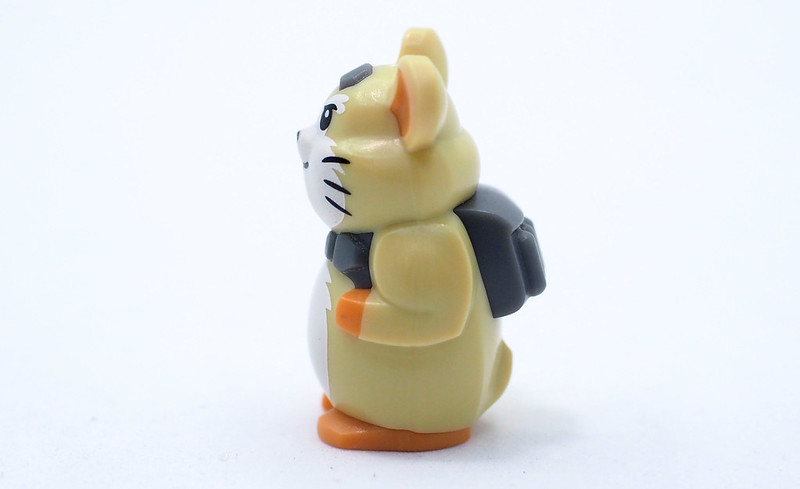 The animal figure stands at about half a minifigure height and is cute as a button. He even has a tiny little backpack! 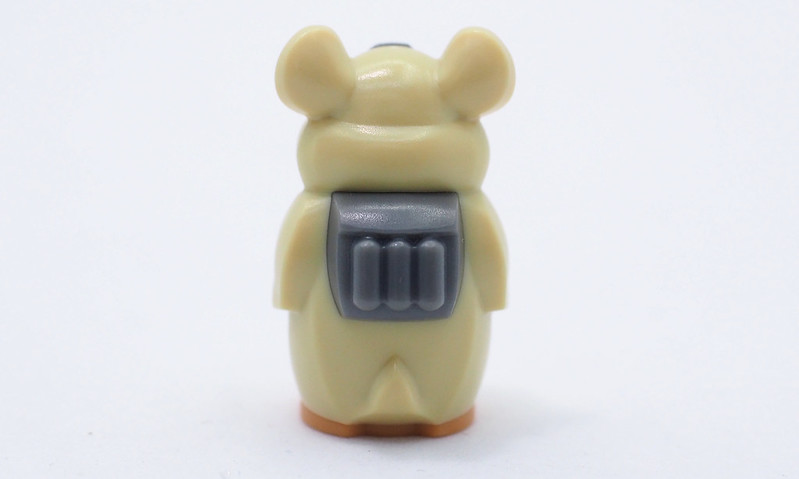 I can totally foresee AFOLs amassing an army of these. 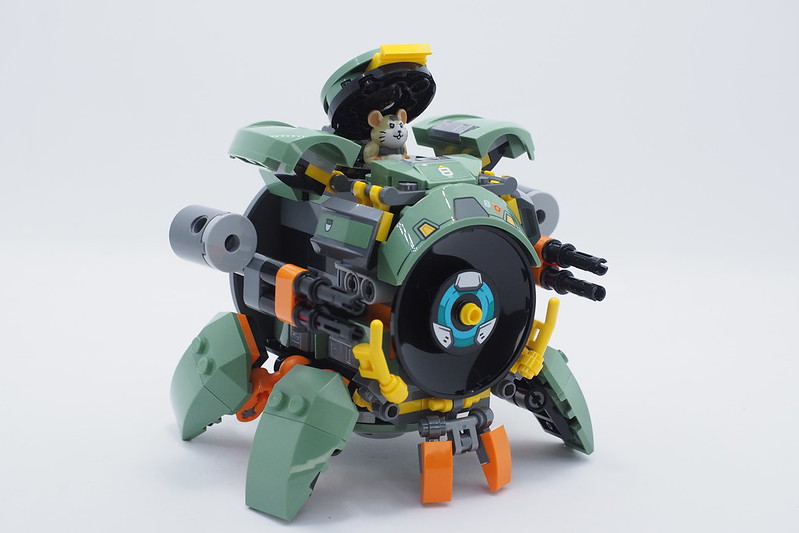 This is definitely a ‘fun’ set to build if you have like about thirty minutes to spare. There are no complex build techniques although there are a couple of play features one would need to work through. 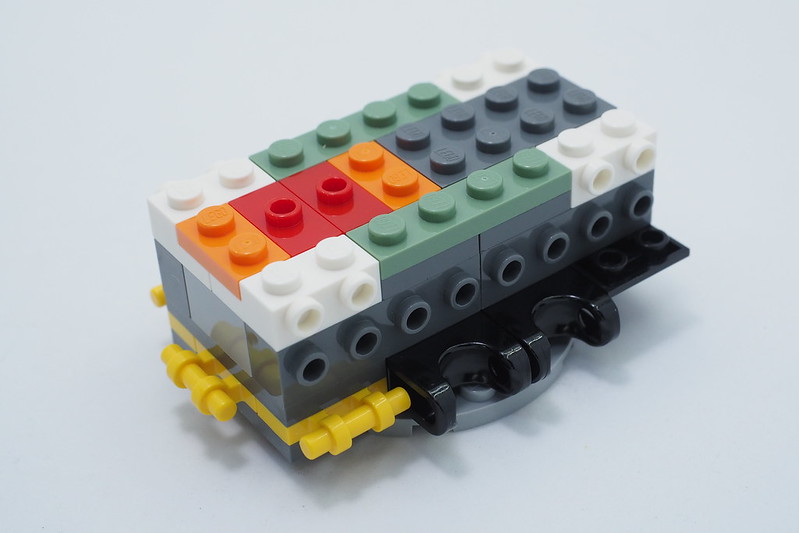 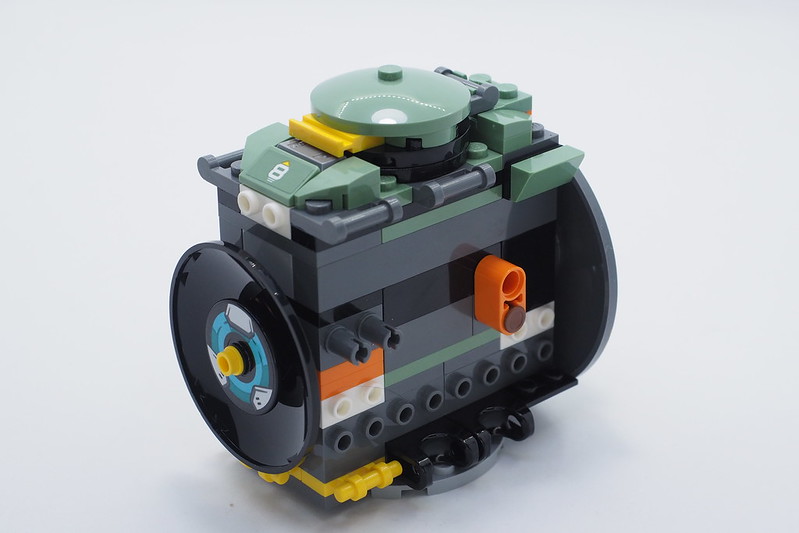 I love sets that push the boundaries of play and this one packs in the play features. 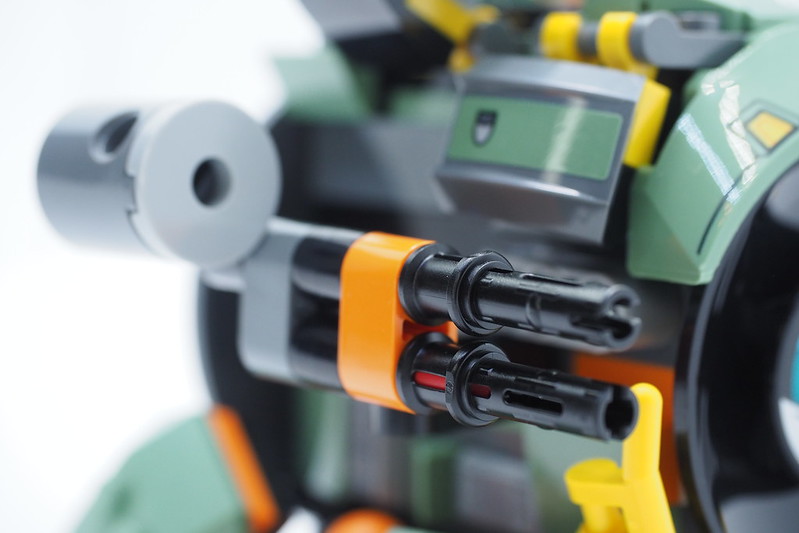 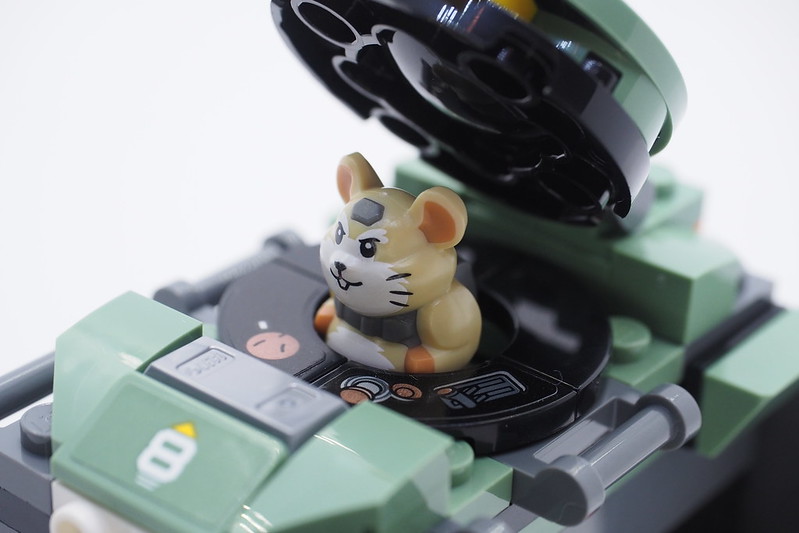 The dual-barrelled guns swivel out, the rear jets can be positioned and there is even a lever to pop the top hatch with the Hammond animal figure.

But the best thing about the set is that it transforms from this spider mech into a compact ball that you could roll around the floor (somewhat). 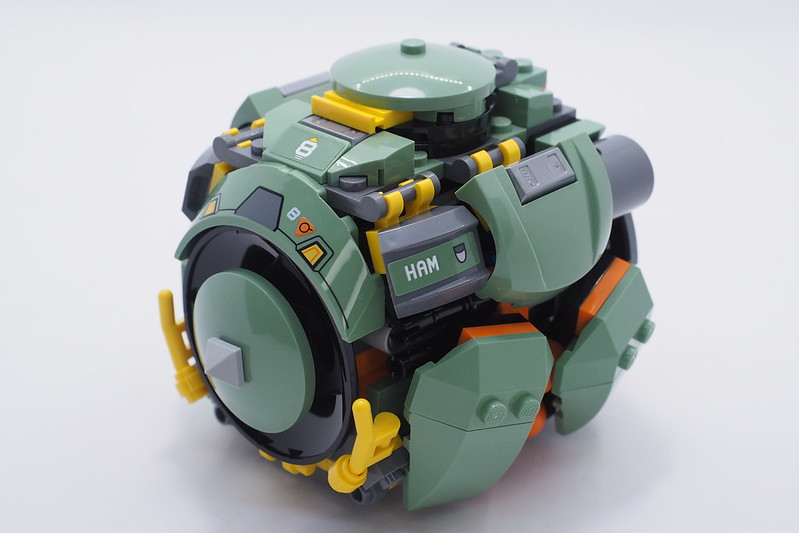 My only gripe is that they were unable to include Hammond’s iconic grappling hook that he uses to swing around, ie the moniker “wrecking ball”. 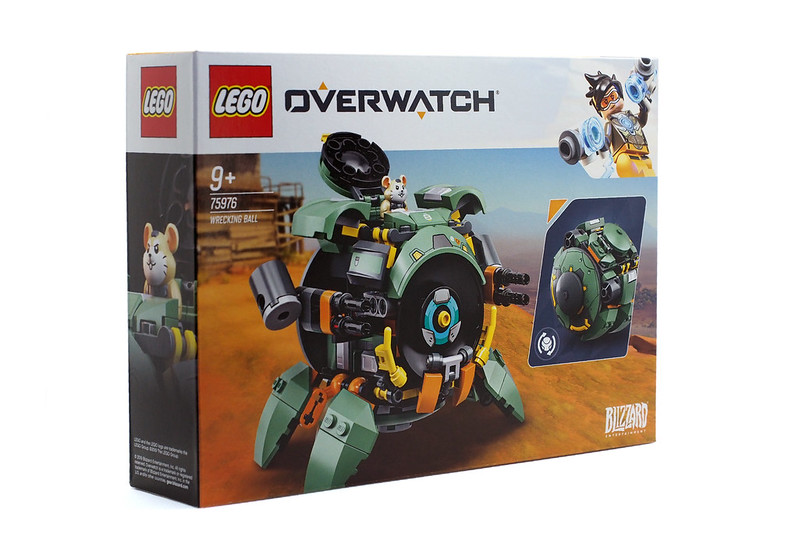 Some might argue that this set should be priced lower since there isn’t a minifigure but I feel that the design and play features do make up for it.

A pretty decent entry to kick off the next wave of LEGO Overwatch sets. There are quite a lot of play features for a small set and the Hammond animal figure is cute as heck.