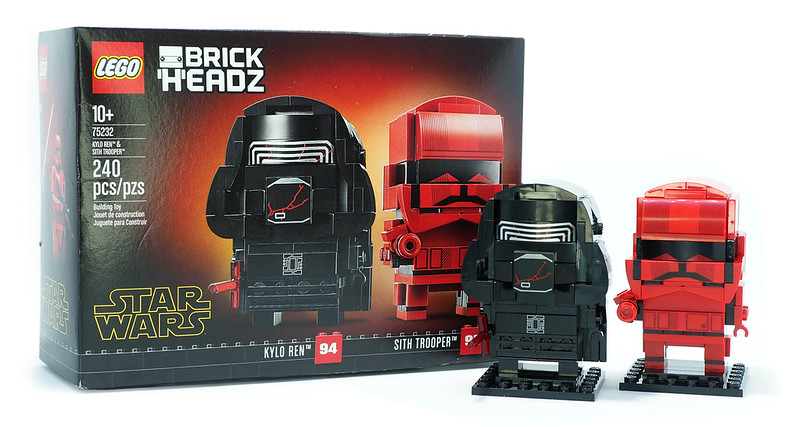 I was a little bummed out when the LEGO BrickHeadz Star Wars Kylo Ren & Sith Trooper (75232) was launched only for the United States markets in October.

The rest of the world had to wait till December 1st to get their hands on it but thanks to the generosity of fellow AFOLs, I managed to snag a set for a quick review! 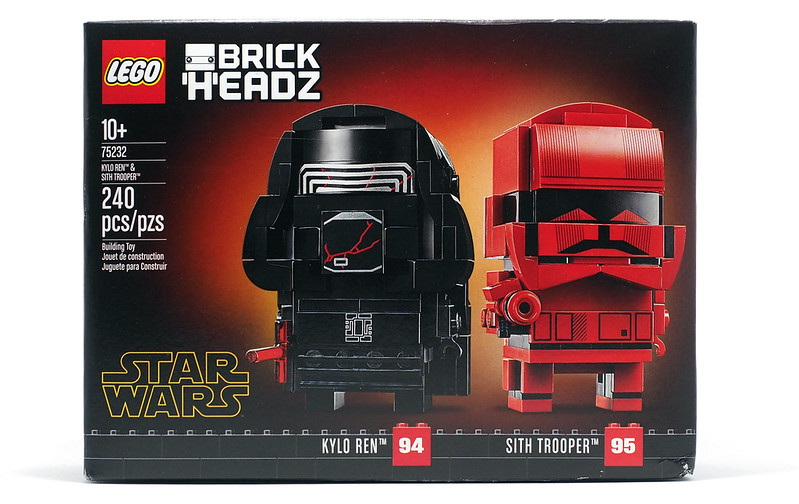 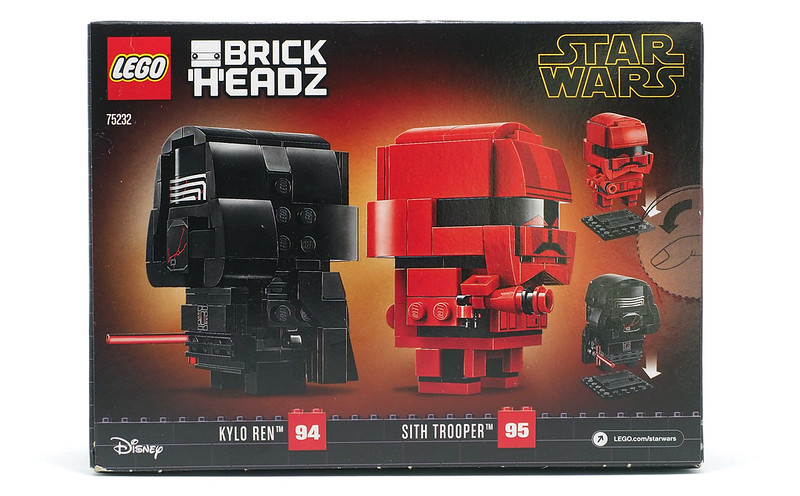 The set is in your usual dual-pack packaging with the elements split between two numbered bags, number one for Kylo Ren and number two for the Sith Trooper.

There are also two instruction booklets for each BrickHeadz figure so that you are able build this together with a buddy (really, that was a consideration)

As with all LEGO BrickHeadz, there are no stickers and all the parts are printed. 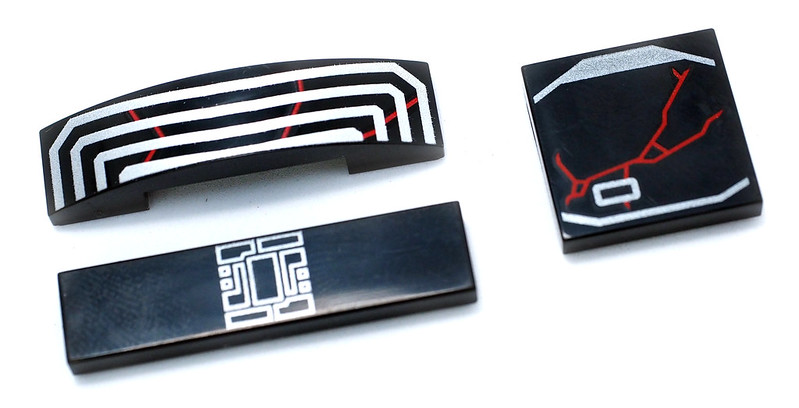 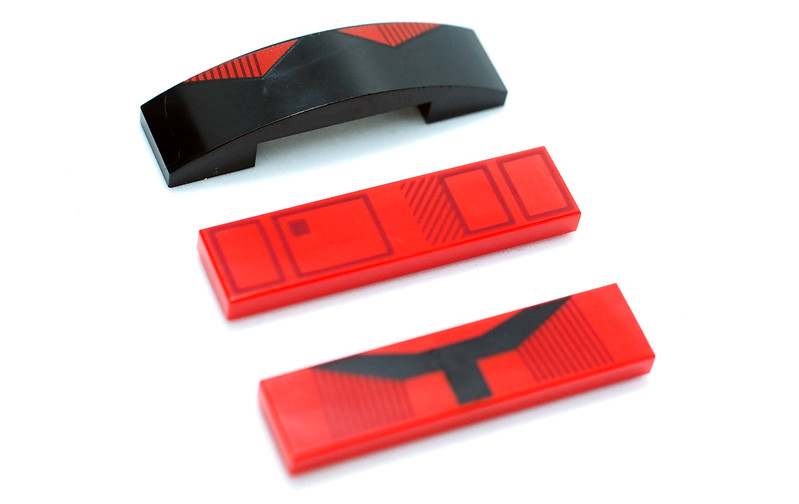 LEGO BrickHeadz are meant to be “starter sets” for the majority and designed to be built straight out of the box without use of adhesives. 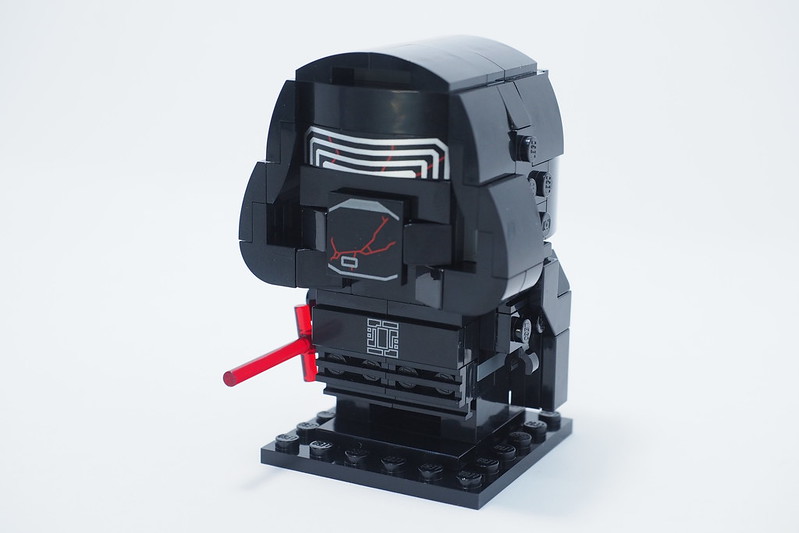 As mentioned earlier that the LEGO BrickHeadz line are targeted at the casual fan so the build techniques employed here are pretty simple to follow. 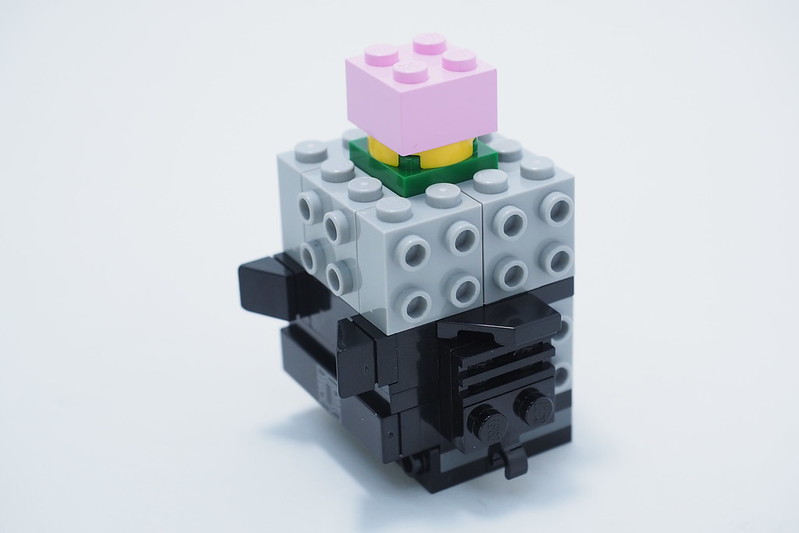 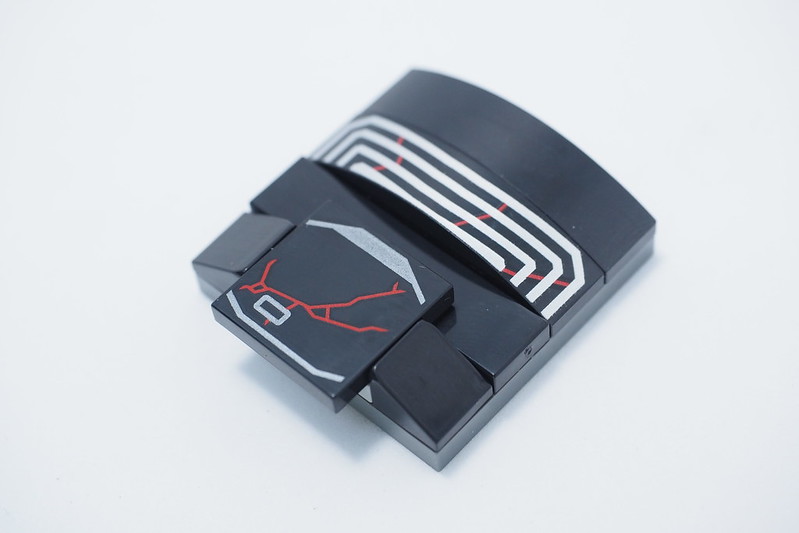 There is a nice bit where you construct the Sith Trooper’s backpack with a 1×2 jumper and a 1×1 clip light with a couple of 1×1 round tiles. 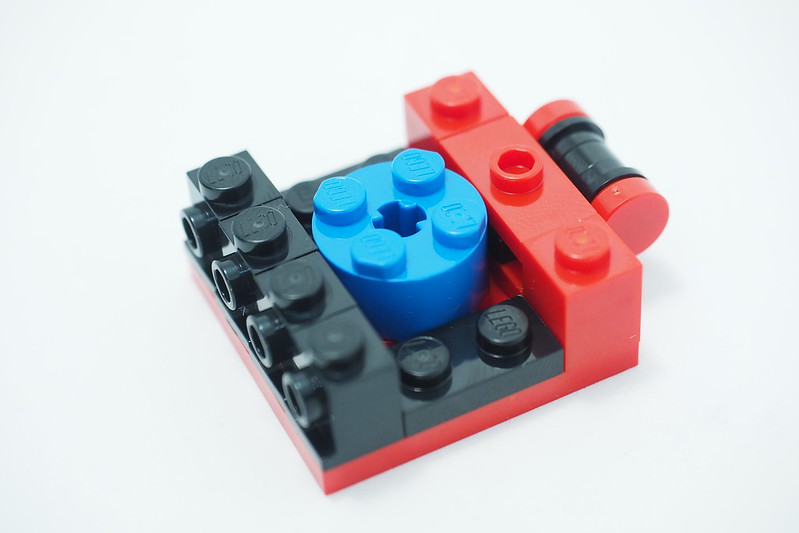 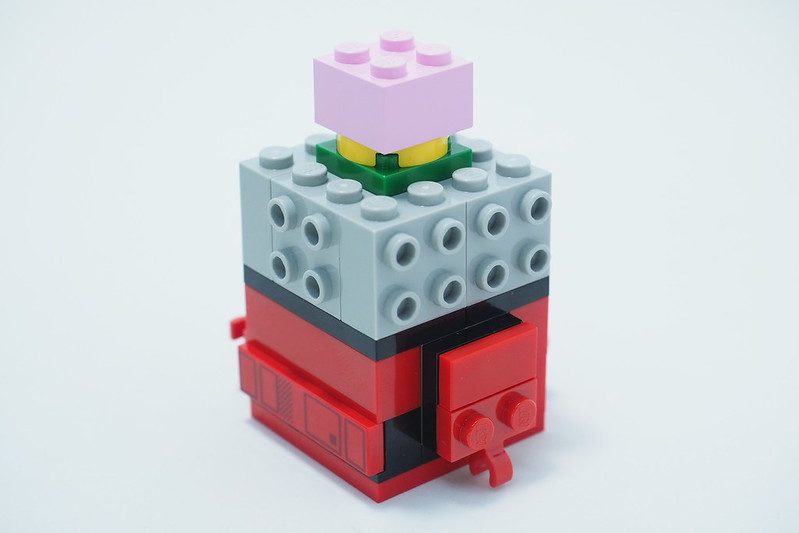 The build is not particularly challenging but it was still interesting how they constructed Kylo Ren’s helmet which I will touch upon later. 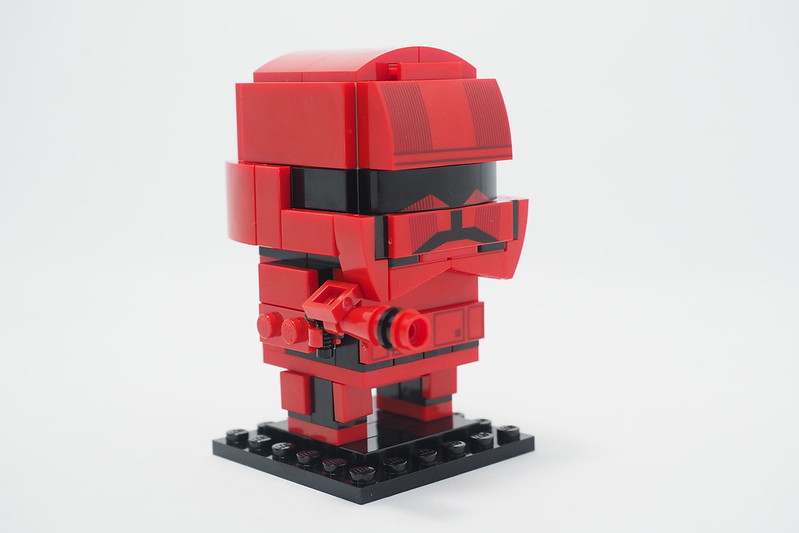 I really loved the Sith Trooper design and it was actually the deciding factor for me to actually purchase this set. However, I wasn’t sold on Kylo Ren’s helmet design. 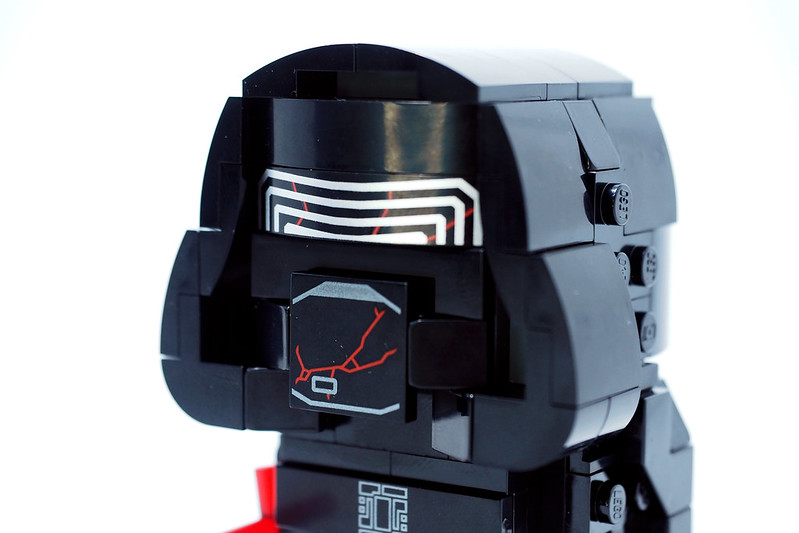 The Kylo Ren BrickHeadz version uses curve slopes to form the head portion which I understand is probably his hood but it looks a bit weird as it creates this bulbous mushroom shape. 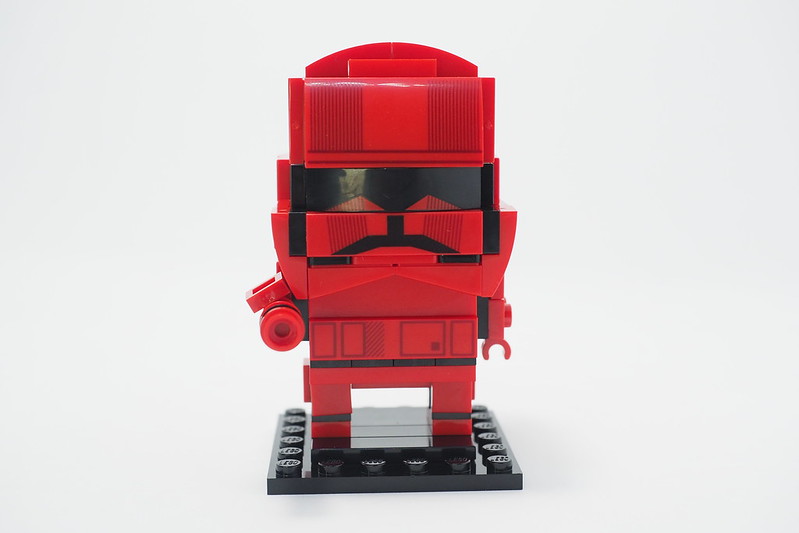 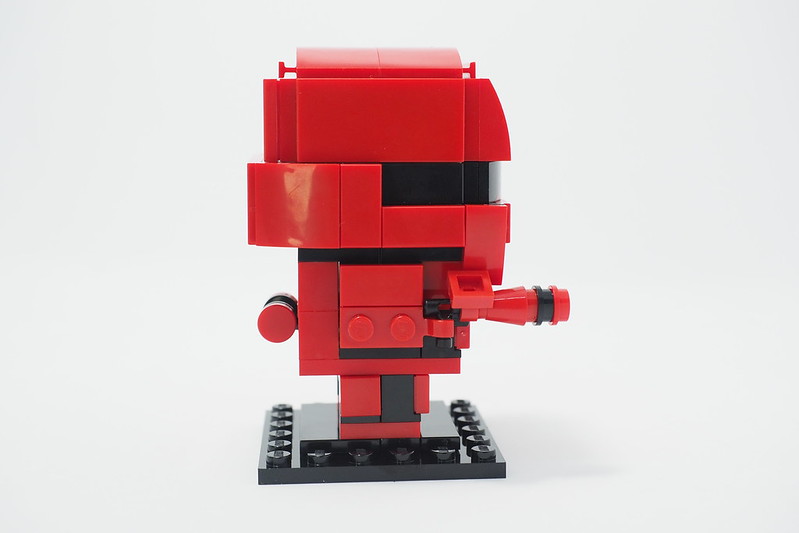 The Sith Trooper BrickHeadz was a lot closer representation to its movie counterpart but it feels more of a rift off the previous First Order Stormtrooper and Captain Phasma BrickHeadz.

LEGO BrickHeadz have always has the reputation that they are slightly more expensive than they should be.

Their recommended retail price in Singapore is SGD$39.90 which factors each element to be approximately 16¢ which is pretty decent.

I still prefer the helmet-less Kylo Ren so the Sith Trooper was the driving factor for me to get this set so if you’re not in a hurry, you could wait till these go on discount before picking a set up.

(Special thanks to AFOL@Apac for the help in obtaining this set!)