It is that time of year again and Toys ‘R’ Us looks like they have another winner on their hands with this year’s Bricktober offerings.

While some have voiced that they would much prefer a minifigure pack but Toys ‘R’ Us actually listened to the feedback on last year’s mini-builds and actually improved on them. 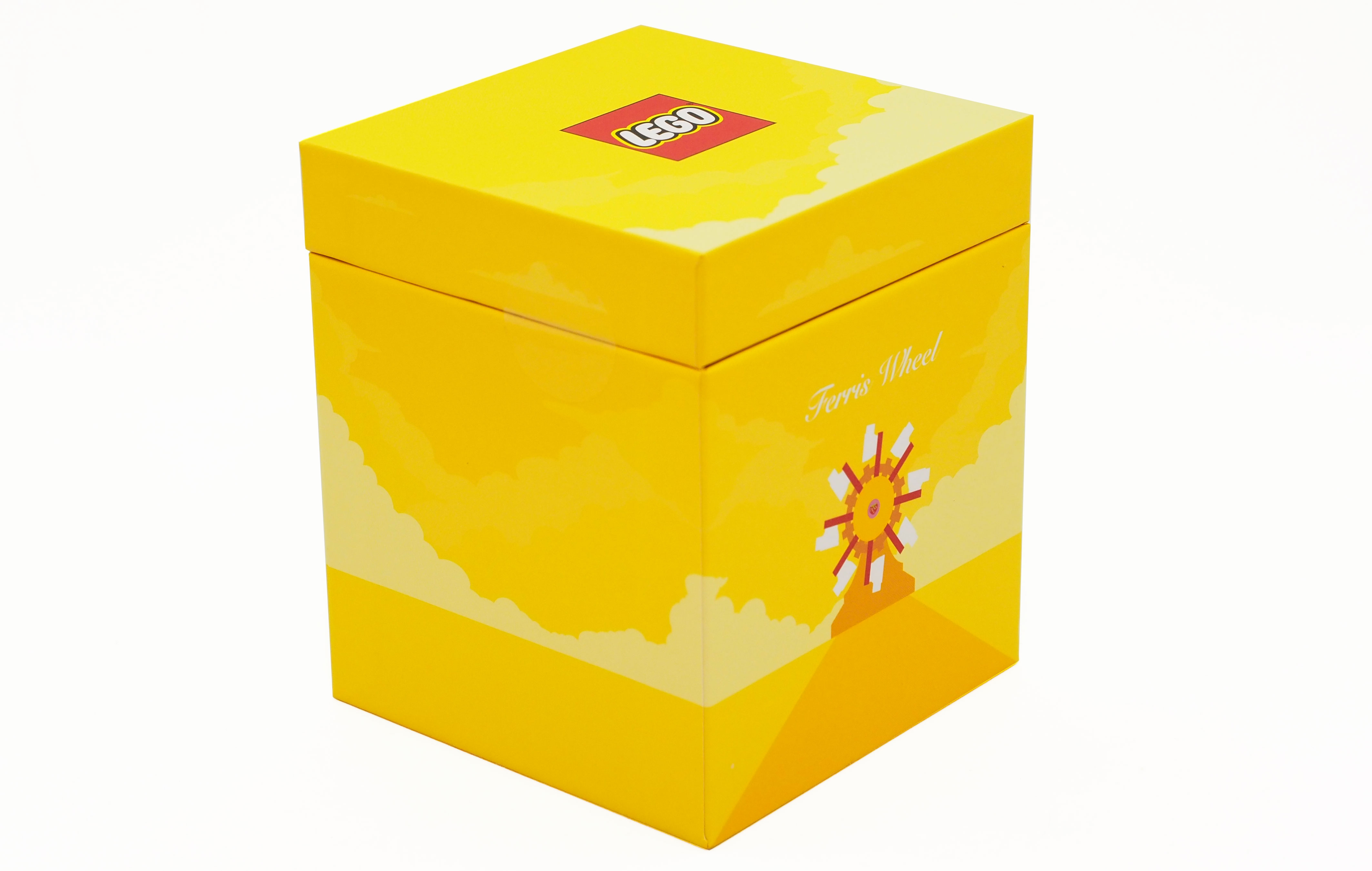 One of the highlights from last year was the packaging. Toys ‘R’ Us has once again opted for a box with a lid. Opening it reveals a very tasteful paper cutout of the other rides in the series. 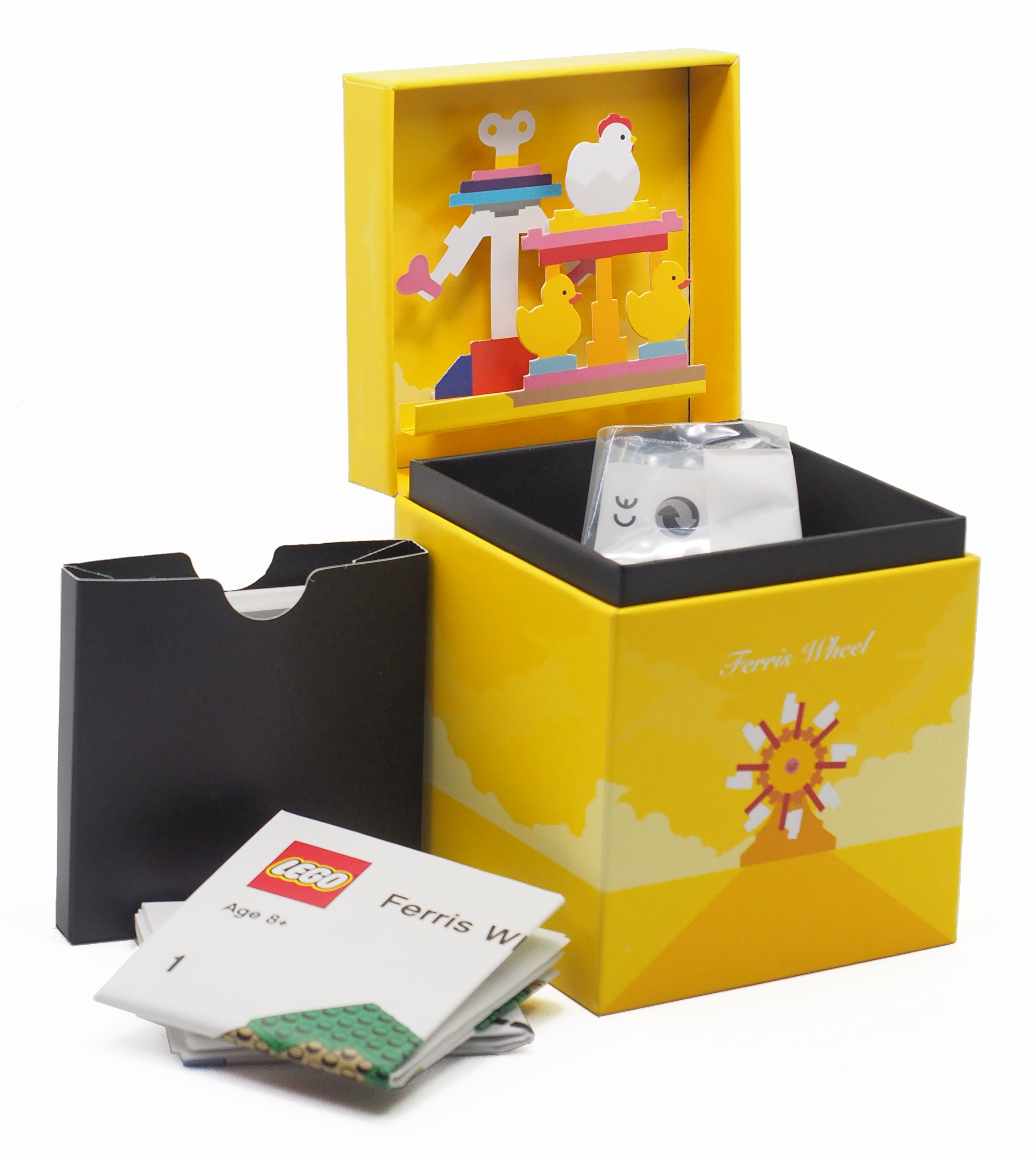 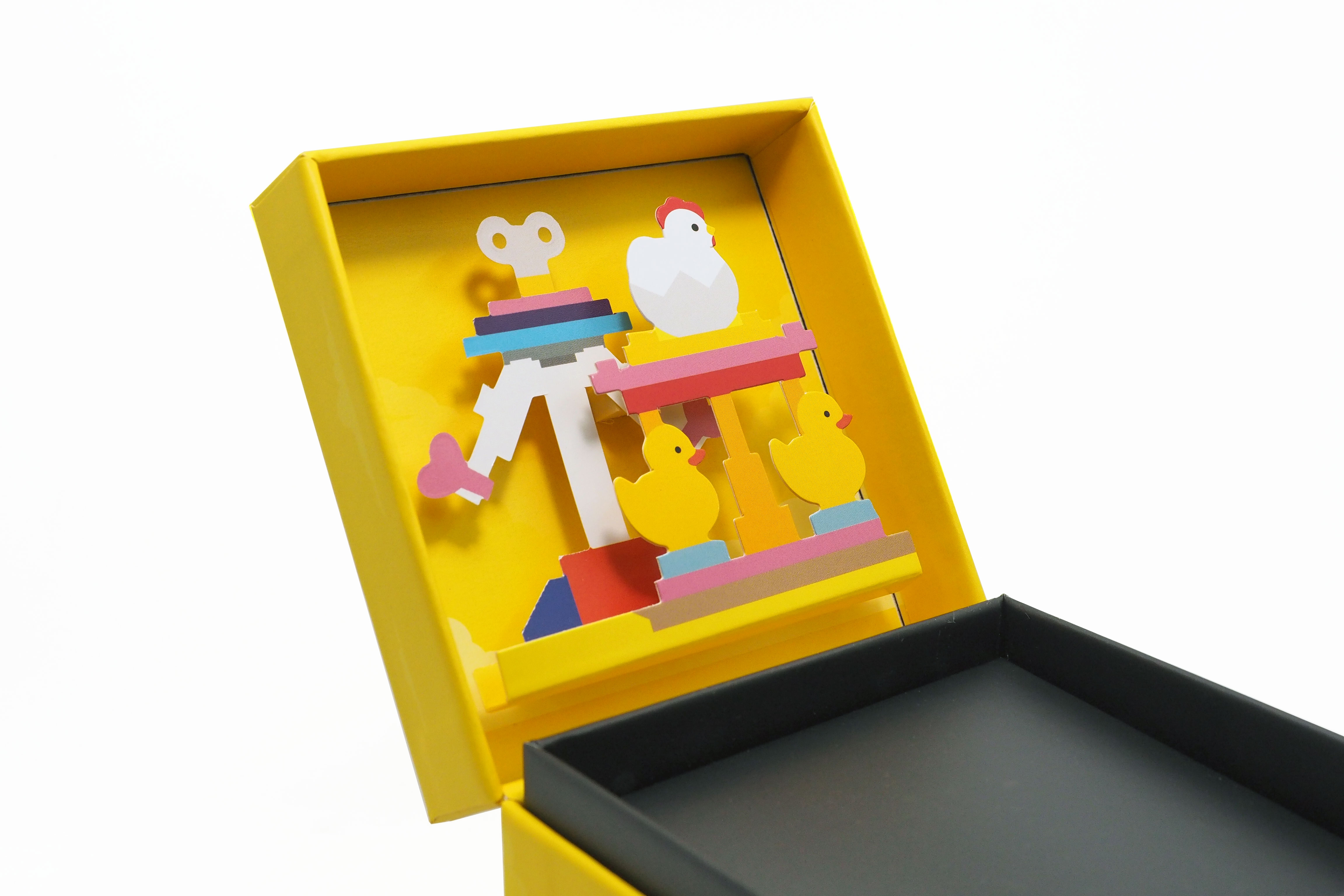 The instructions are kept in a black slipcase which rests on top of the bricks. 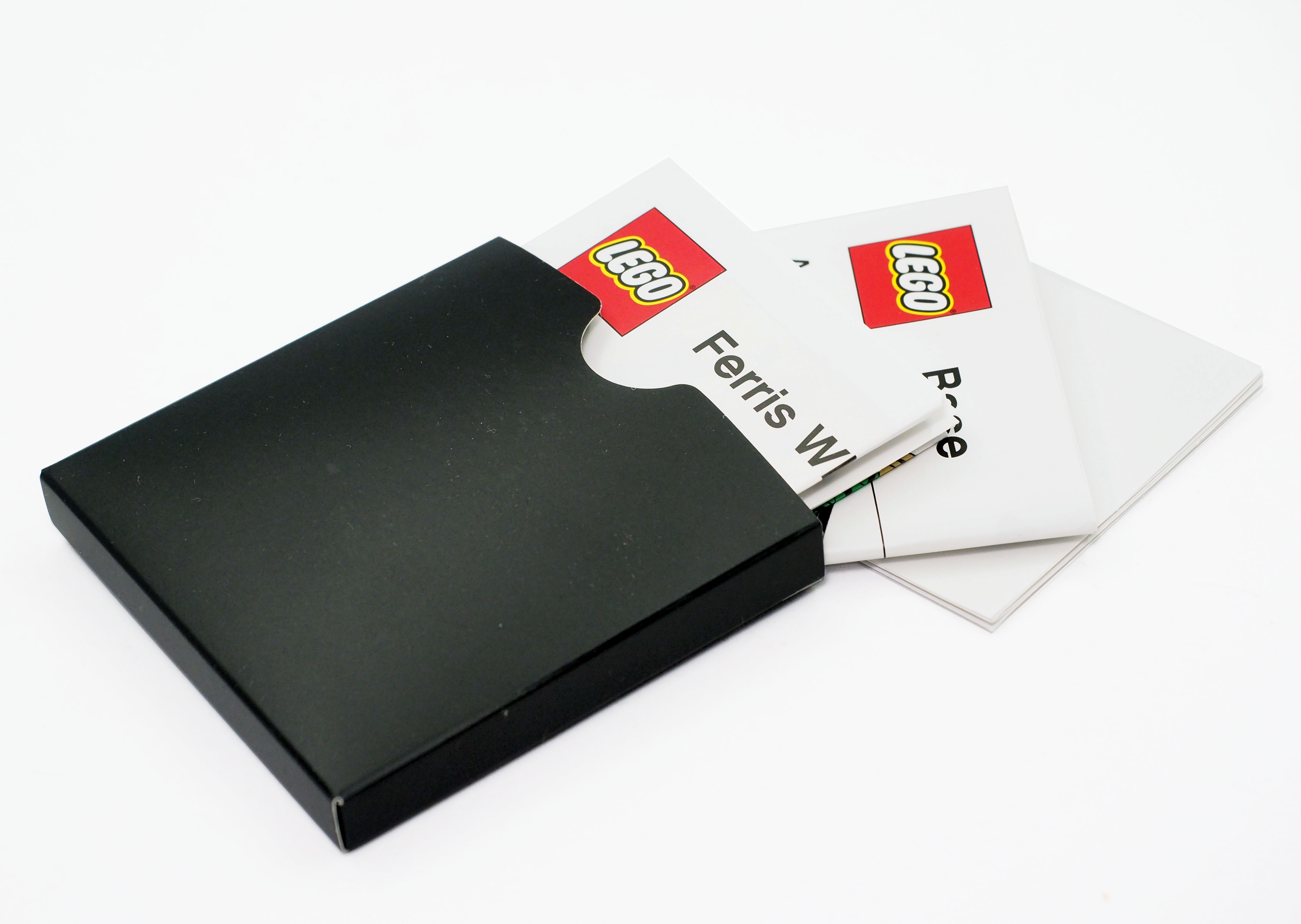 This makes the packaging slightly larger than last year’s but I’m not complaining as they double up as really nice display stands for the finished builds. 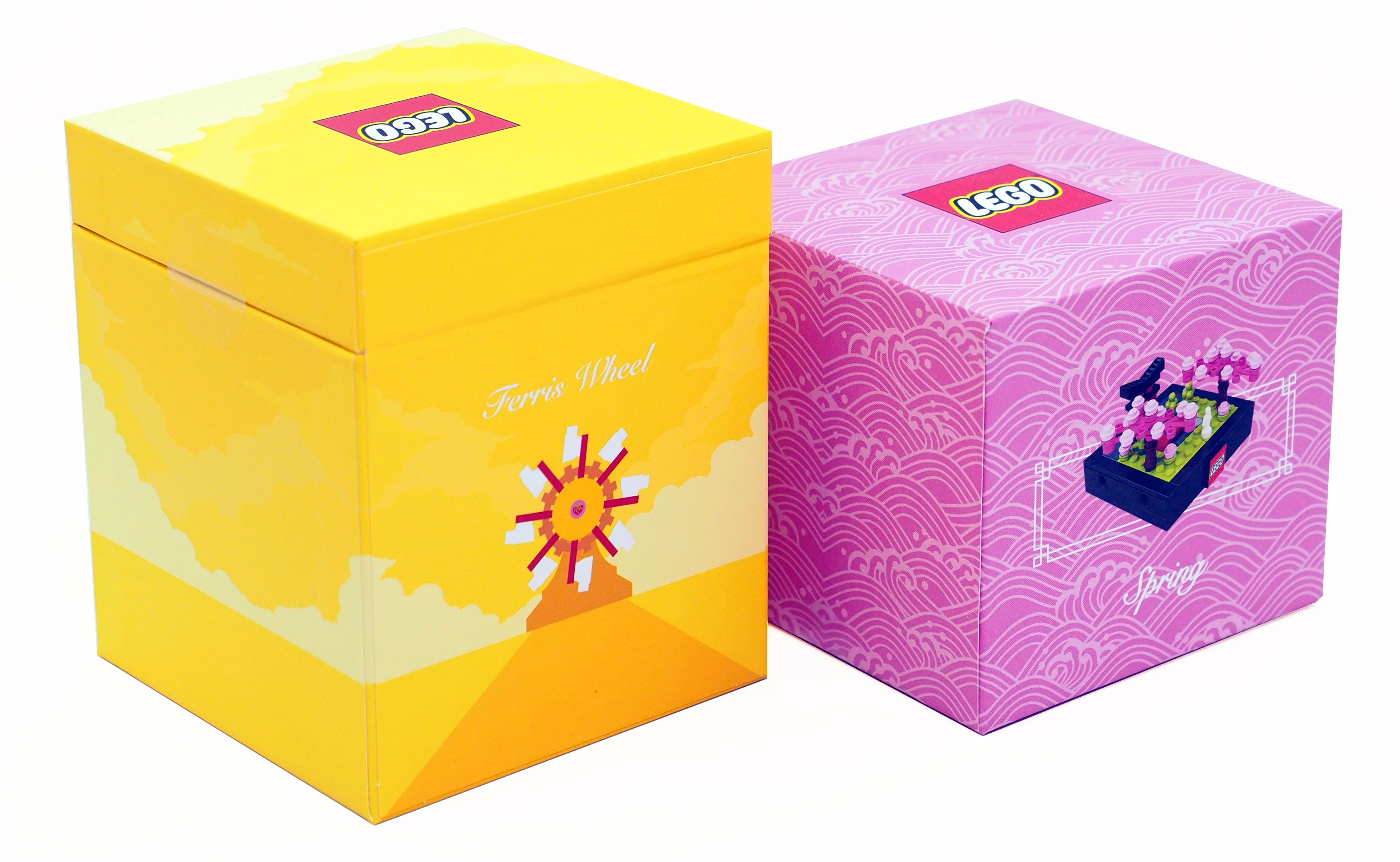 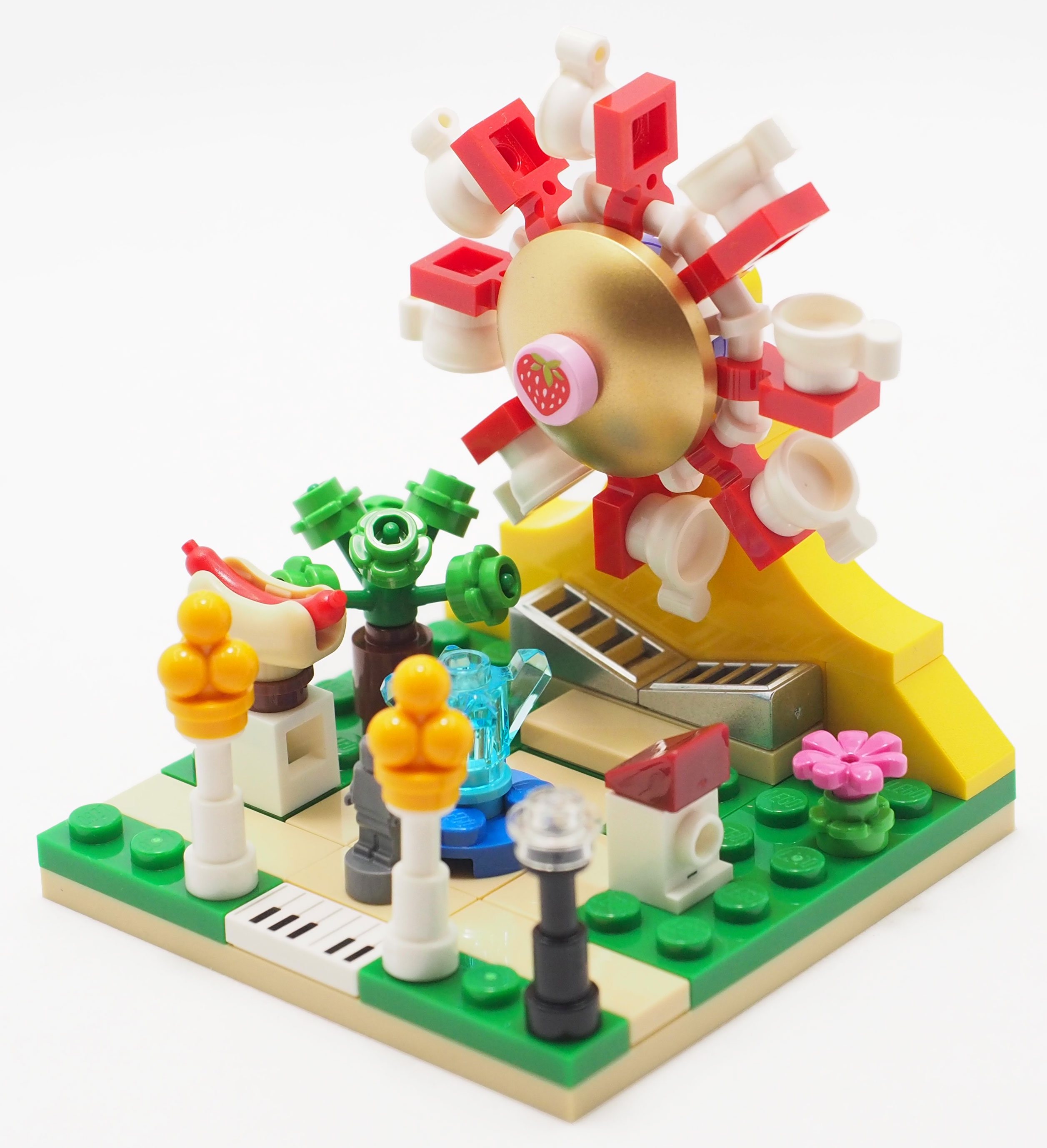 One thing I like about Bricktobers is that they are quite quick to build and they do look pretty.

The Ferris Wheel and Base total up to 110 pcs and they are split into two ziplock bags. As these are Toys ‘R’ Us exclusives, there are no extra/spare pieces so do take note not to lose any as you’ll have to contact customer service to get a replacement. 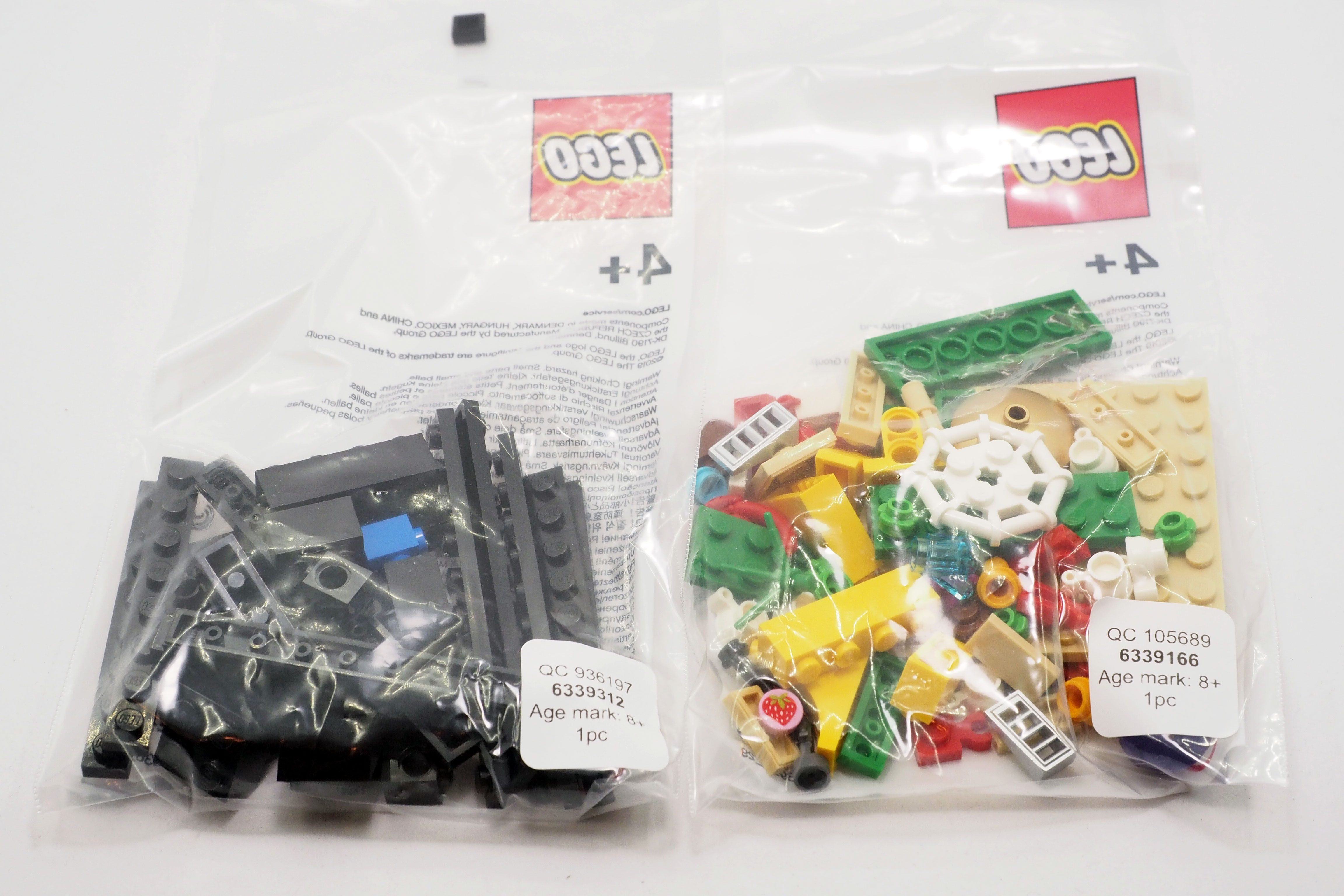 There are some nice elements included in this gift with purchase like the lacquered gold 3×3 dish and the two lacquered silver slopes. 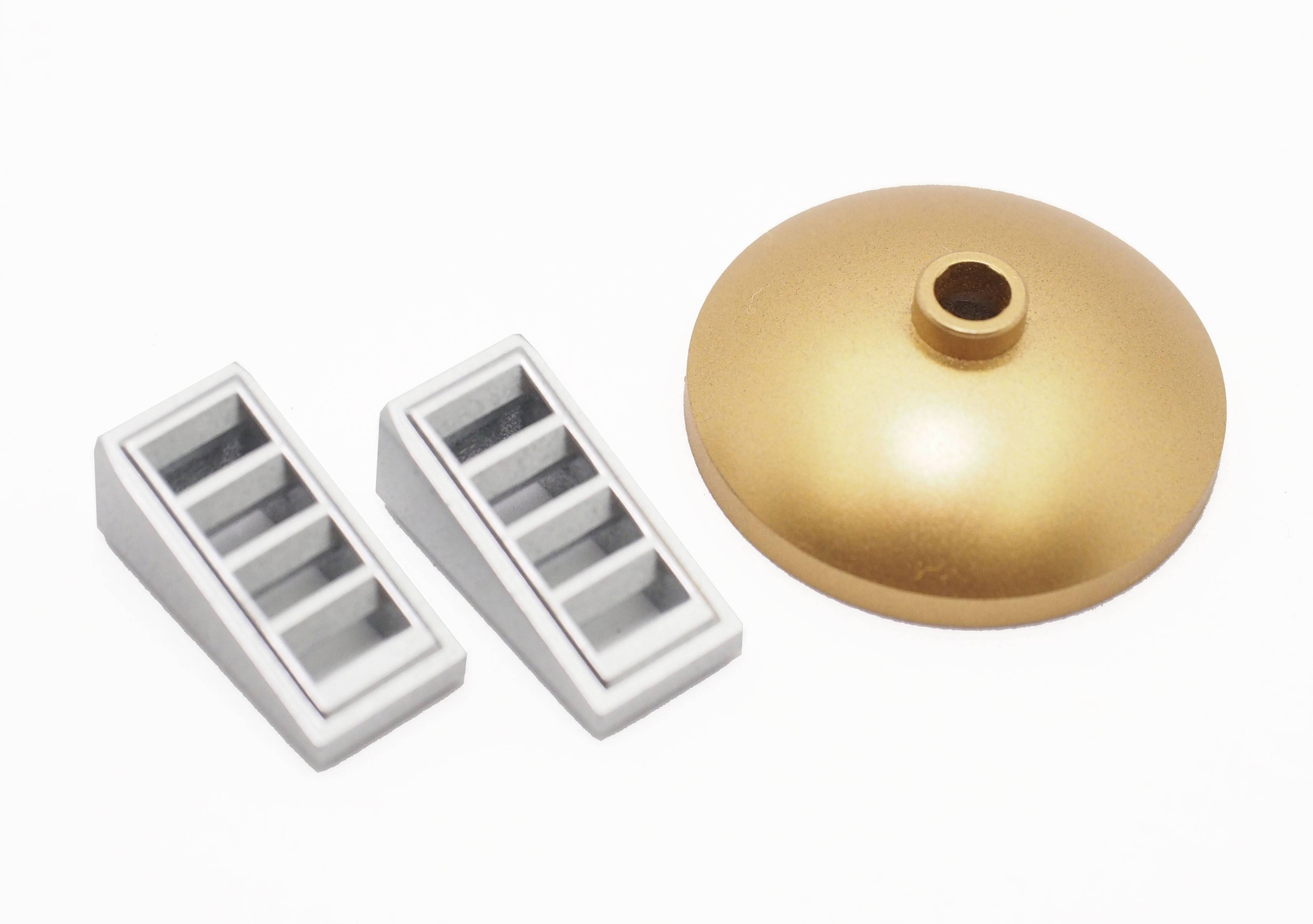 But what I found that was a great inclusion is the 2×2 printed black tile with the LEGO logo on it. Usually the LEGO logo tile is printed on white and this would be the first time, in recent memory, that it is widely available in black.

This is the bit which I griped about last year as the LEGO logo tile was actually a sticker. It is great that they actually decided to go the printed route this year and it does cost more to furnish. 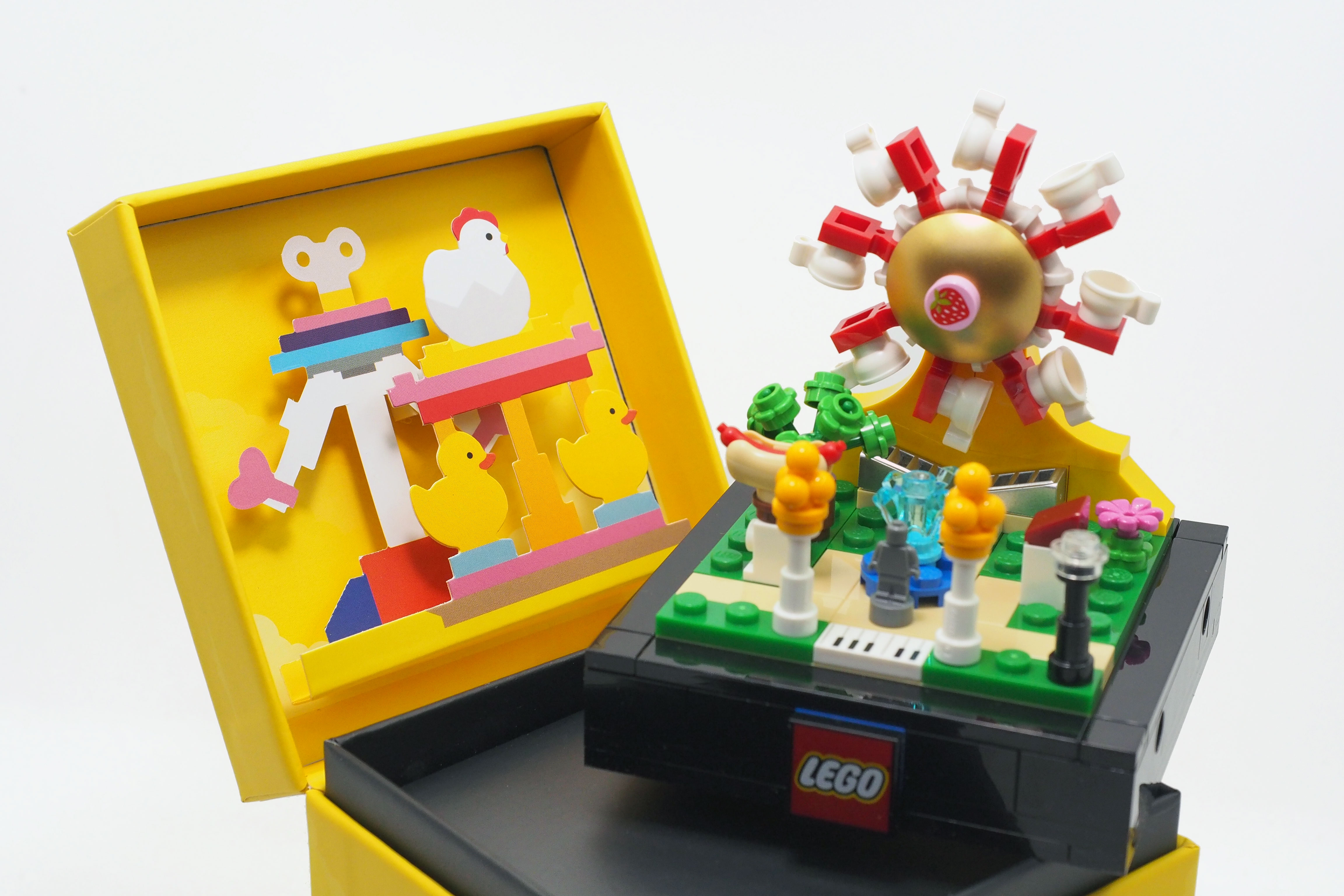 I’ve always been a huge fan of micro scale builds when done well and this is actually one of the better offerings from the Bricktober series.

There is actually quite a lot of features packed into a tiny 8×8 stud space like the fountain, the balloon entrance, the ticket booth and the hotdog stand just to name a few. 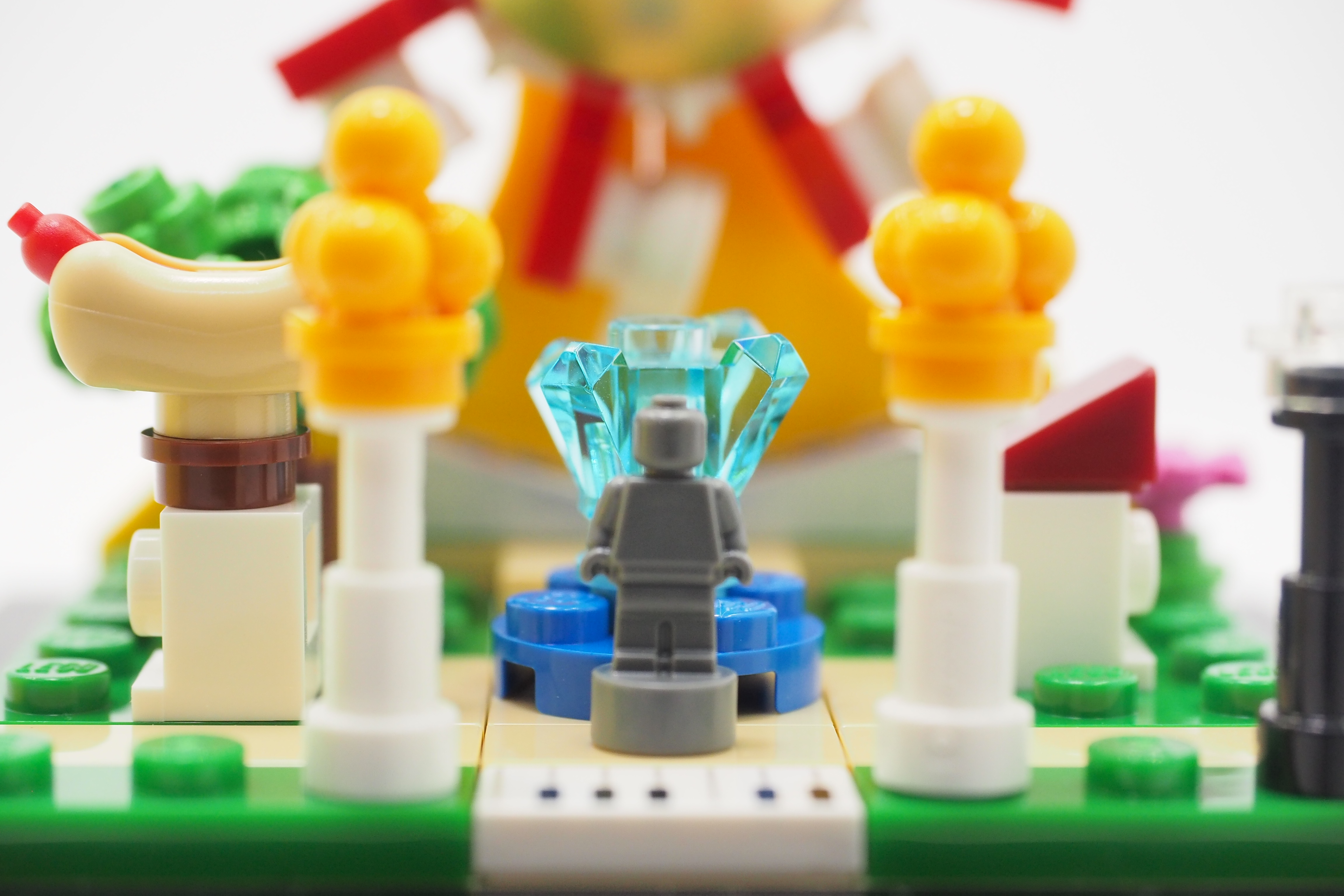 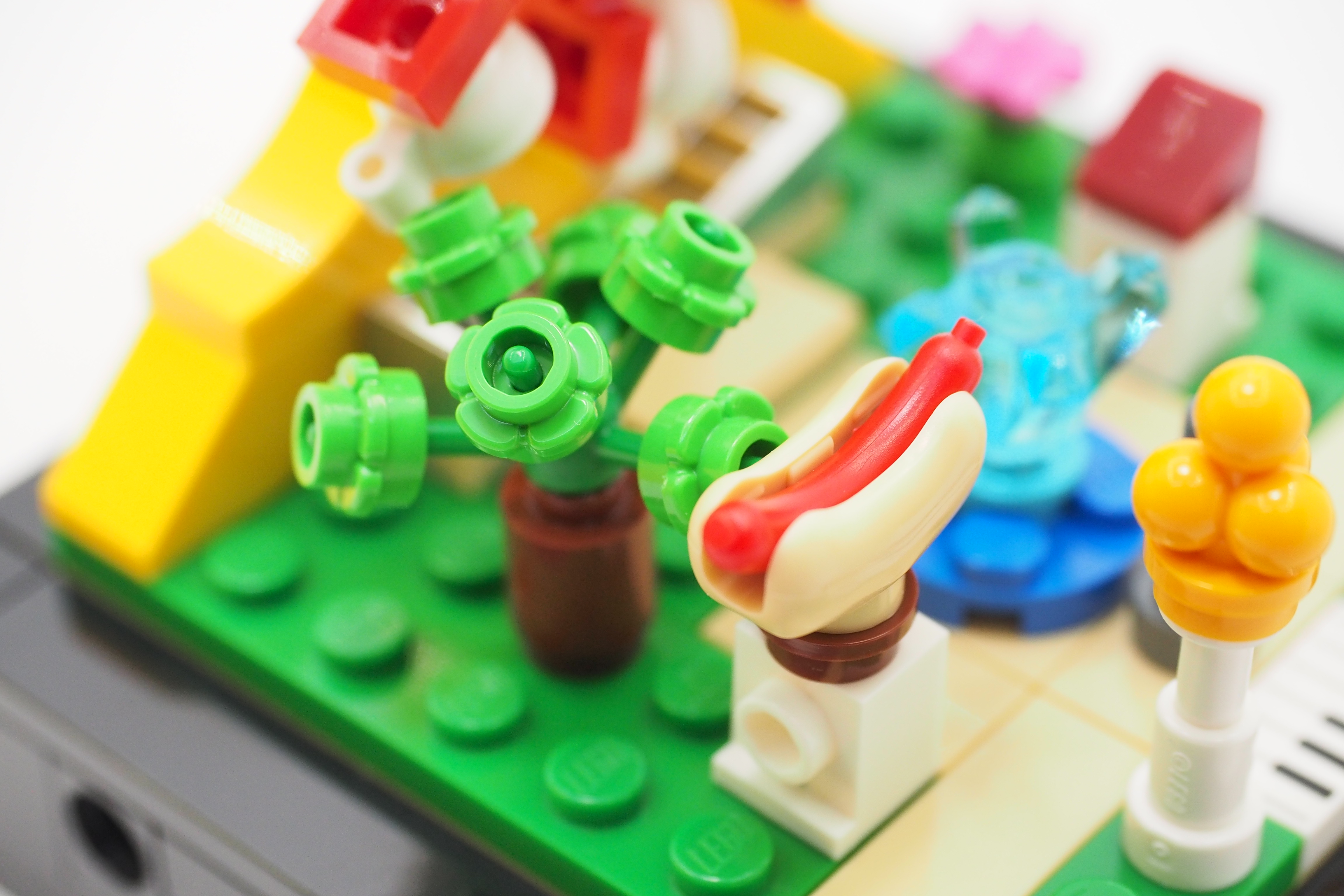 There is also quite some ingenious element use here like the tea cups doubling up as the cabins for the ferris wheel. The water sprout is actually a trans-blue inverted rocket base. 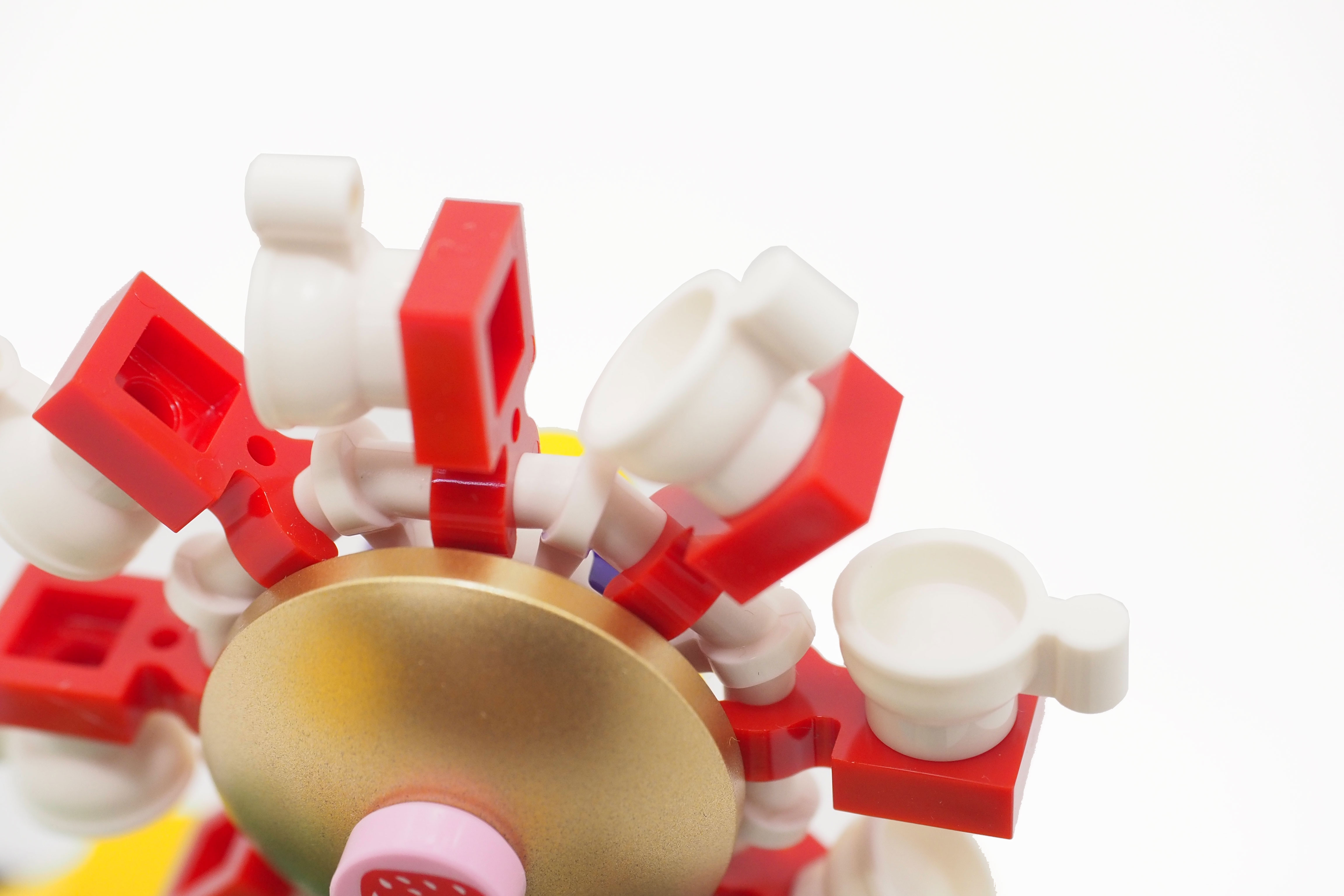 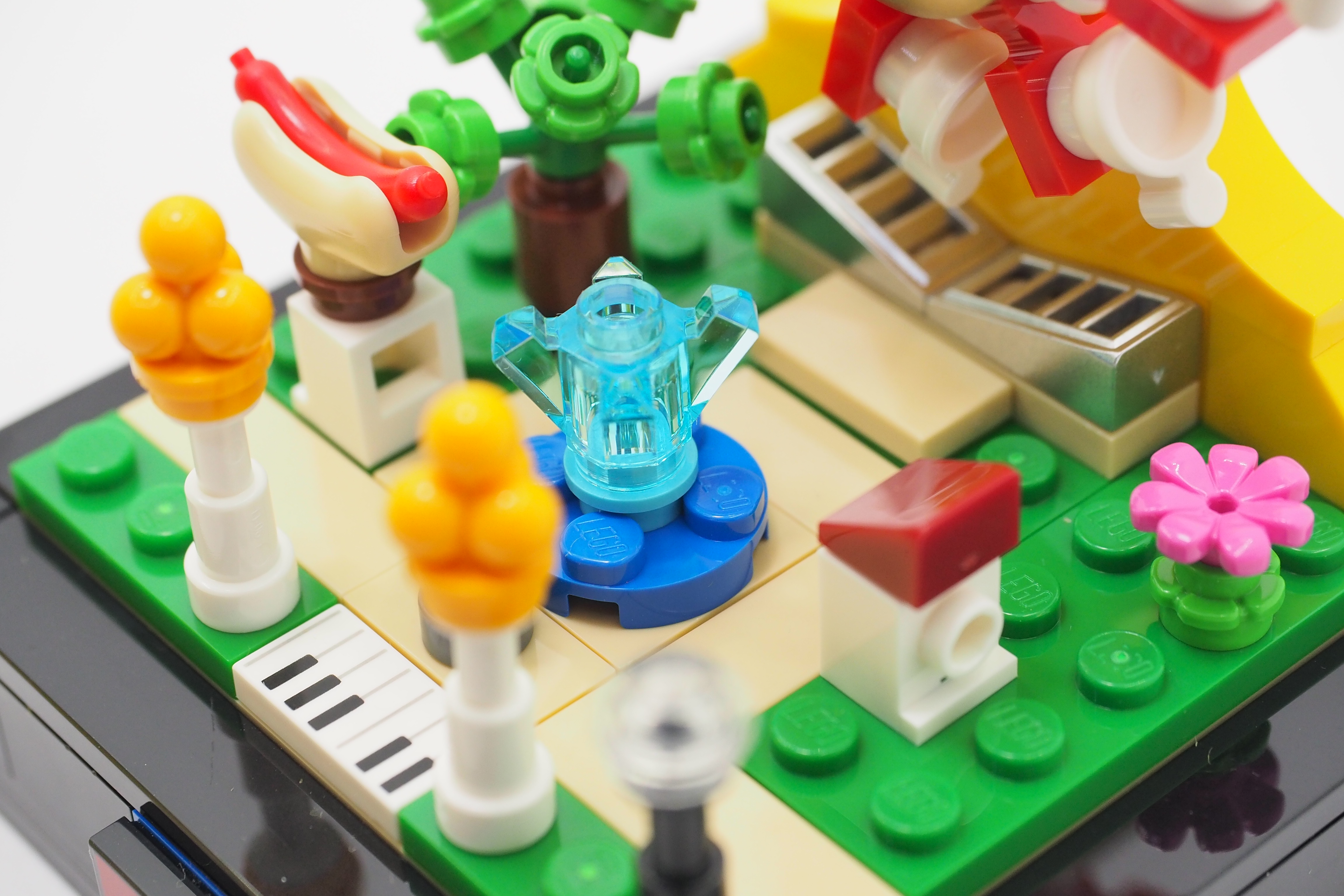 And the designer took the time to make the ferris wheel movable to boot.

For a SGD$65 (USD$47) minimum spend on any LEGO product, the Toys ‘R’ Us LEGO Bricktober gift with purchase is definitely bang for your buck.