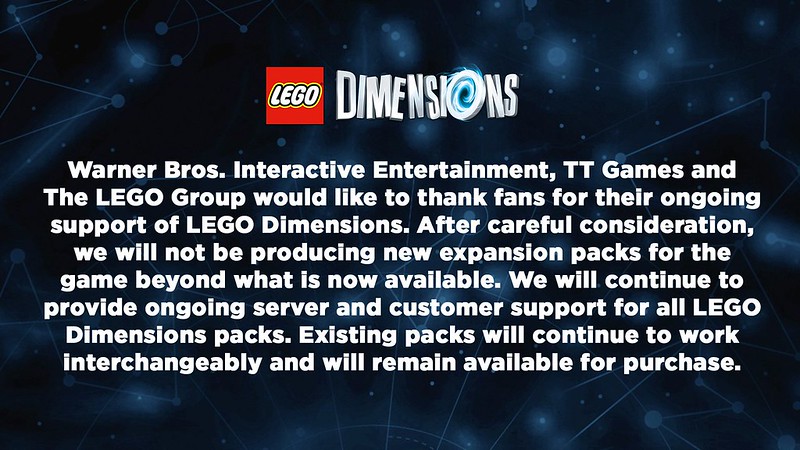 As we reported just last week about the untimely demise of LEGO Dimensions, their twitter channel has officially announced the cancellation of the the LEGO Group’s foray into the toys-to-life industry.

It is a sad day for fans of the game and even more so whose nostalgia was re-ignited with the release of classic characters in minifigure form that we would not have got our hands on otherwise.

“This is the opposite of happy…” ~ Unikitty

The servers will still be functional and the game will still run but for how long, no one knows.

LEGO Dimensions expansion packs and starter kits will still be sold although I suspect that they would be pretty much on discount from here on so if you have been holding out on some minifigures, this would be the time to get them before they are all gone.

Thanks for all the memories! Which ones were your favourites?