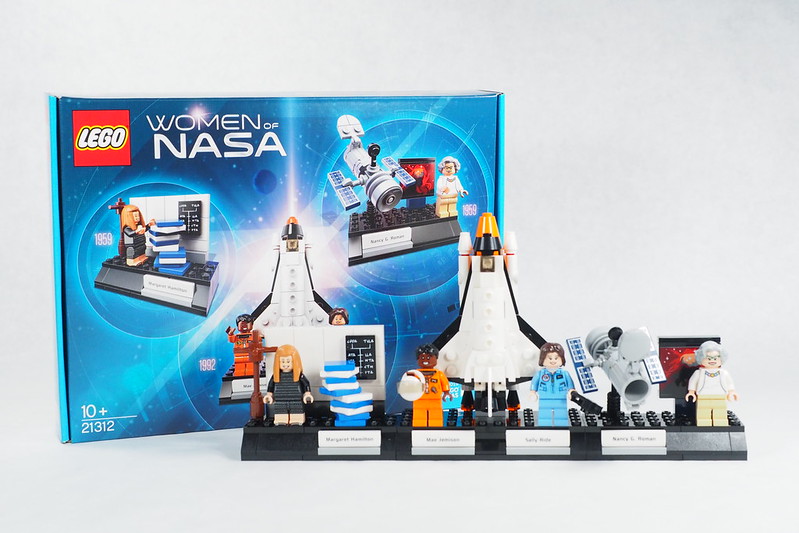 The LEGO Ideas Women of NASA project by Maia Weinstock was one of the most talked about LEGO Ideas projects since its achieved the 10,000 supporters on the LEGO Ideas platform.

I will not delve into the prickly issue of how and why it was selected as I’m going to review this based purely on its merits. Now onwards to the review! 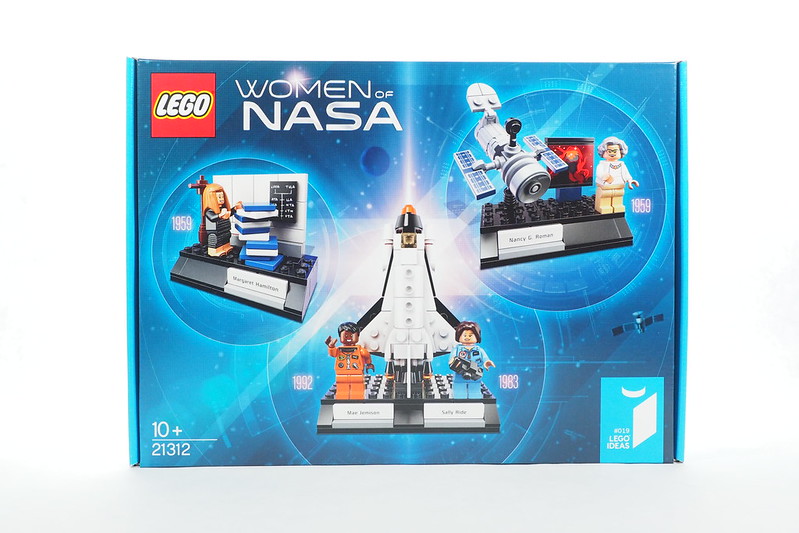 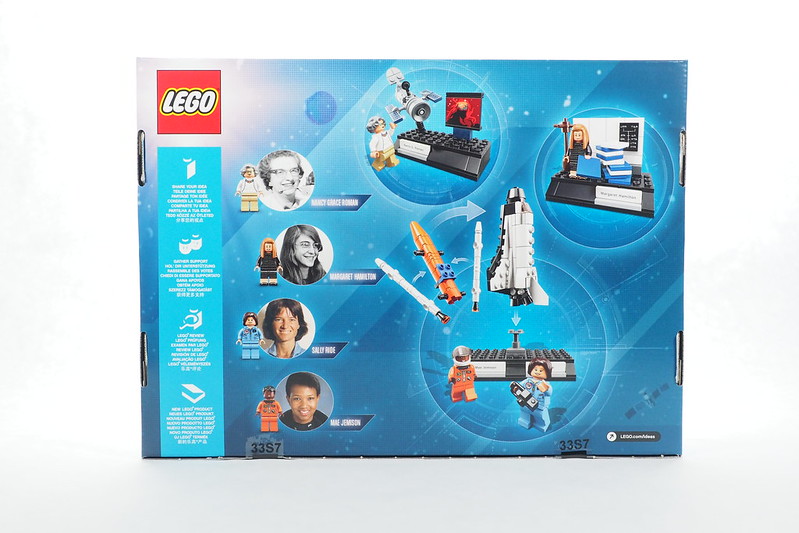 This is one of the smaller sets to come out of the LEGO Ideas platform clocking in at 231pcs. The smallest set in the history of LEGO Ideas would be the LEGO Ideas Research Institute (21110) which consisted of only 165pcs.

The parts are divided up into three non-numbered bags which is fine as there really isn’t a need to label them since the parts count is quite manageable. 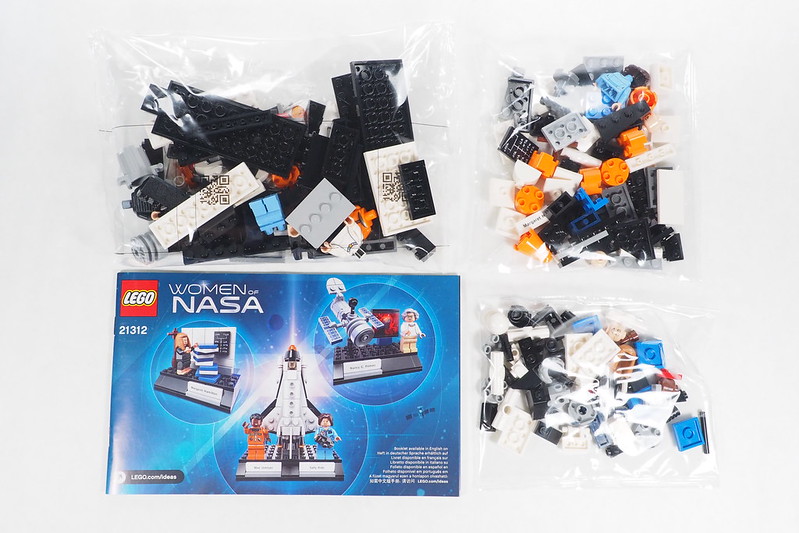 I managed to clear through the build in about 20-30 minutes as the overall construction is not too complicated. There are some SNOT (studs not on top) techniques employed but they are quite easy to follow. 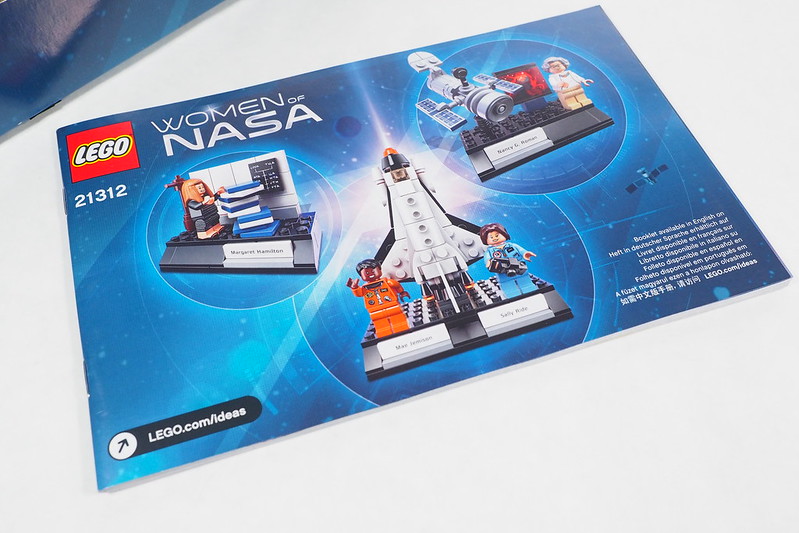 And I’m happy to announce that there are zero stickers for this set as it is all printed tiles! 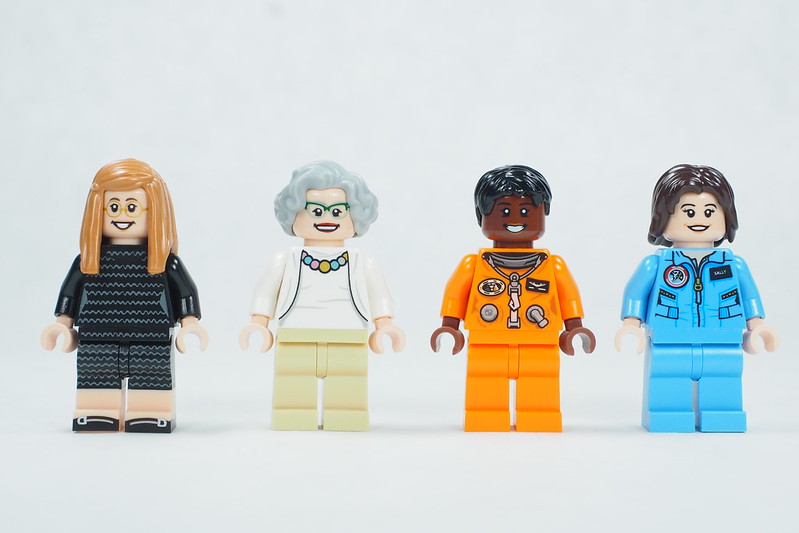 There are four women honoured in the Women of NASA set with minifigures of pioneering women in the field of science; Nancy Grace Roman, Margaret Hamilton, Sally Ride and Mae Jemison. 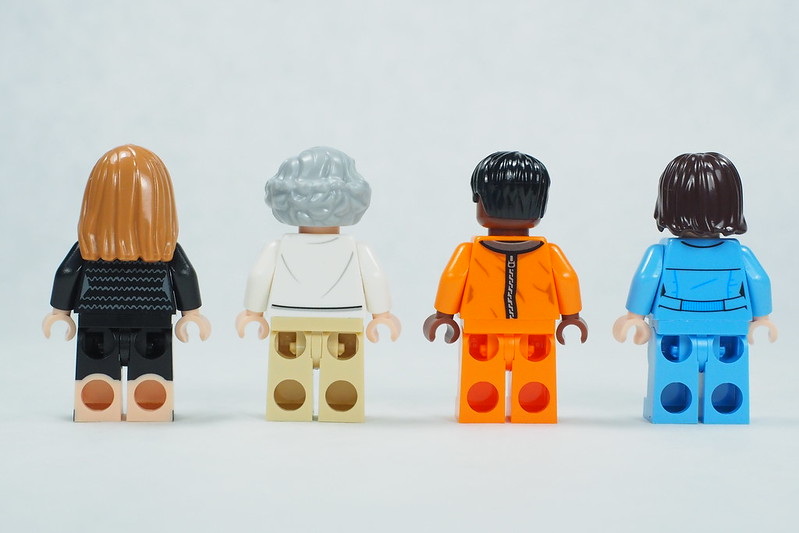 The women all come in brand new torsos and head pieces which are all exclusive to this set (at the time of this posting).

Each of the coloured head pieces comes with two expressions and this would also be the first time that LEGO has produced the orange space suit. 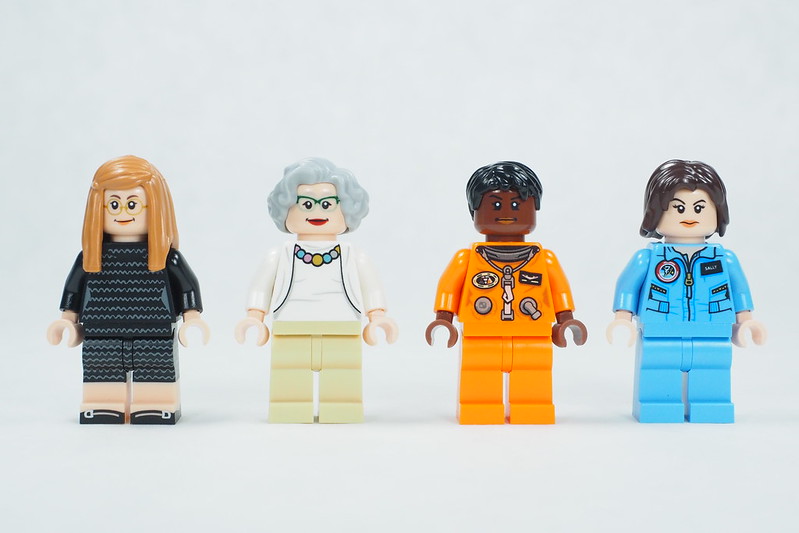 NASA mathematician and computer (that was the actual title for someone who did the calculations for the space program) Katherine Johnson was included in the line up in the initial project submission by Weinstock but due to some challenges in seeking permission to use her name and likeness, her minifigure was not able to be part of the set.

LEGO Ideas project designer Maia Weinstock who currently works as the deputy editor of MIT News at the Massachusetts Institute of Technology, has a history of using Lego as a tool for science outreach.

The LEGO Ideas Women of NASA stemmed from that love of creating minifigures with the likeness of scientists and other science communicators. 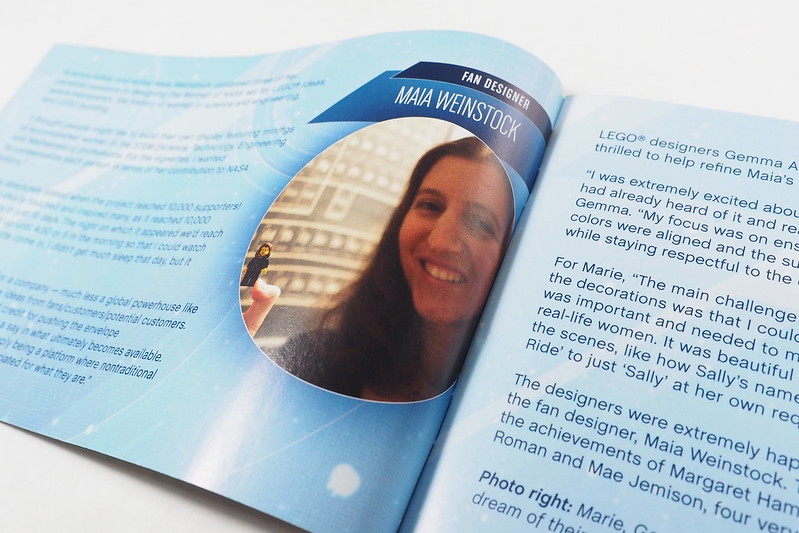 “For the vignettes, I wanted to contextualize each person in terms of her contribution to NASA history” ~ Maia Weinstock

LEGO Designers Gemma Anderson and Marie Sertillanges were then tasked to improving the initial project. 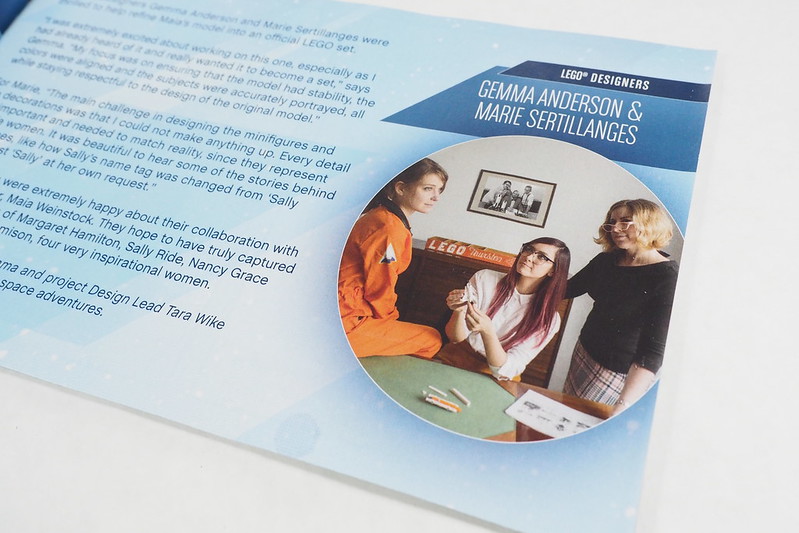 “The main challenge in designing the minifigures and the decorations was that I could not make anything up. Every details was important and needed to match reality” ` Marie Sertillangers

The vignettes definitely took a page out of the LEGO Ideas Research institute set (21110) with the individual builds for the different women. 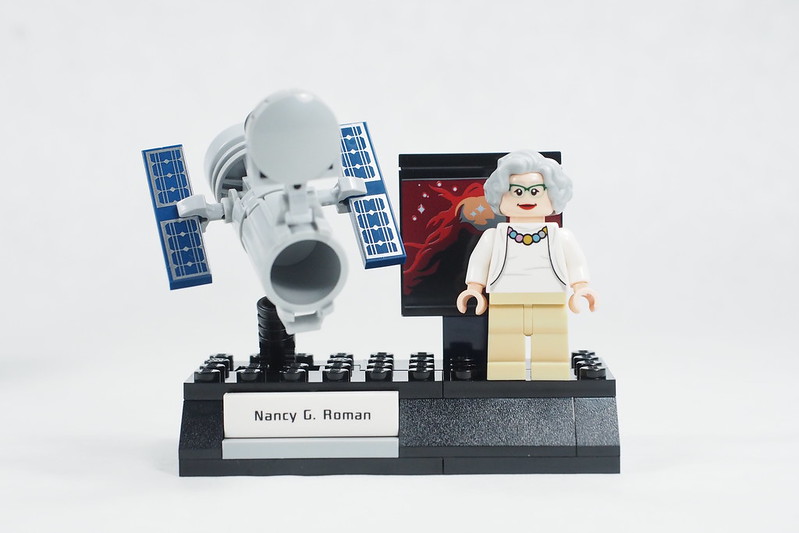 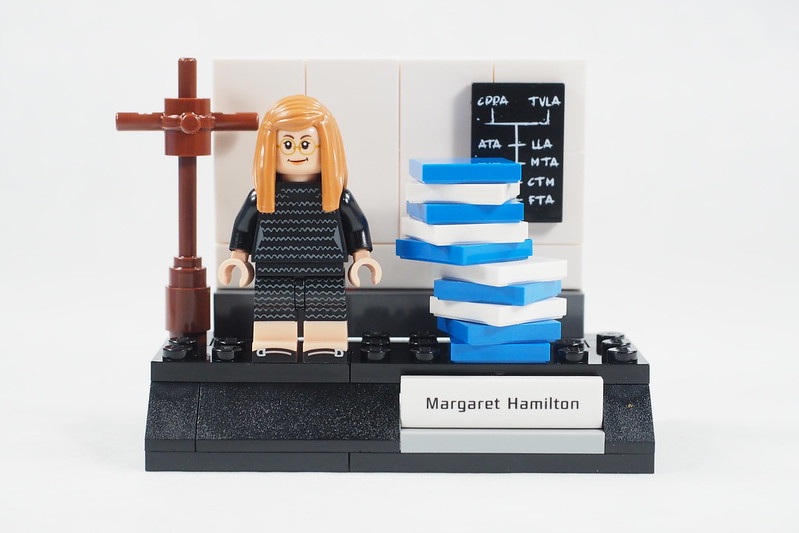 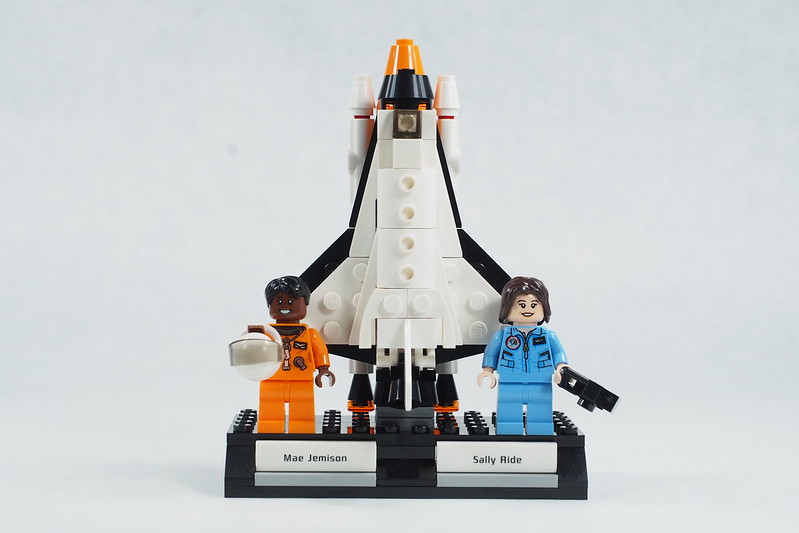 My favourite is the mini brick-built space shuttle with the combination of LEGO Technic pieces and the LEGO Ice cream cones to form the solid fuel thrusters. 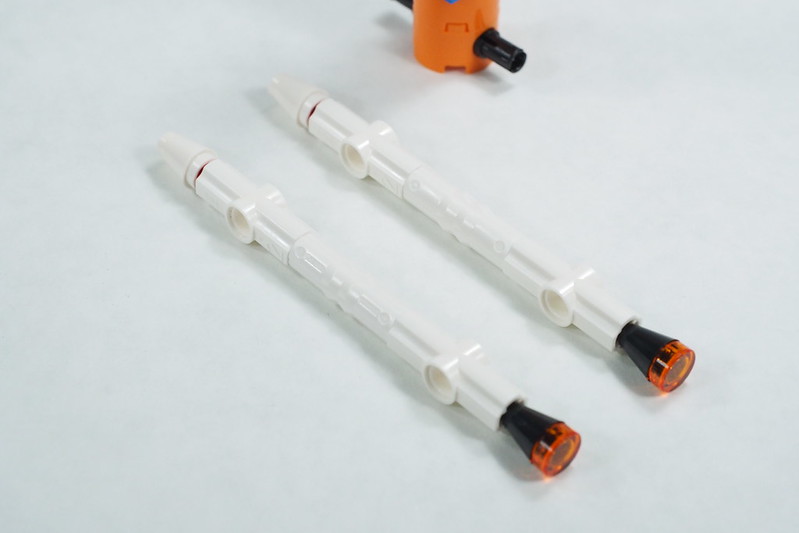 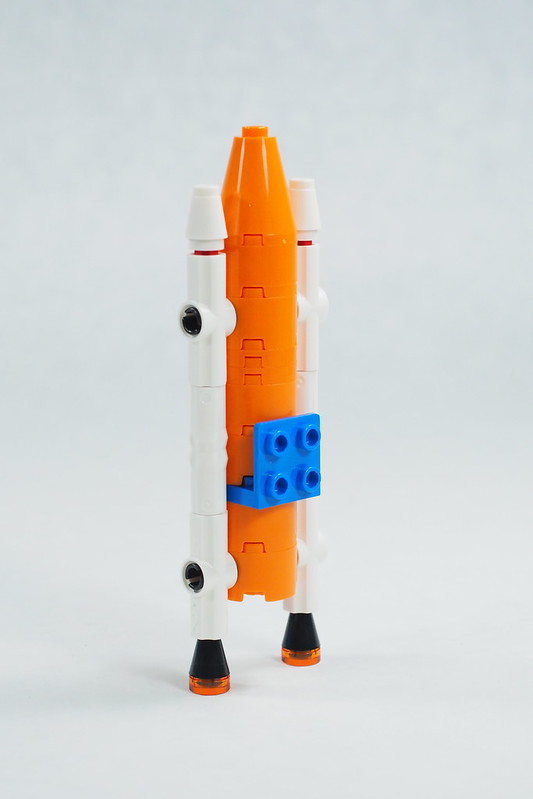 I was also a little bit piqued that a Light Bluish Grey trash can elements was utilised as the aperture opening for the Hubble telescope. 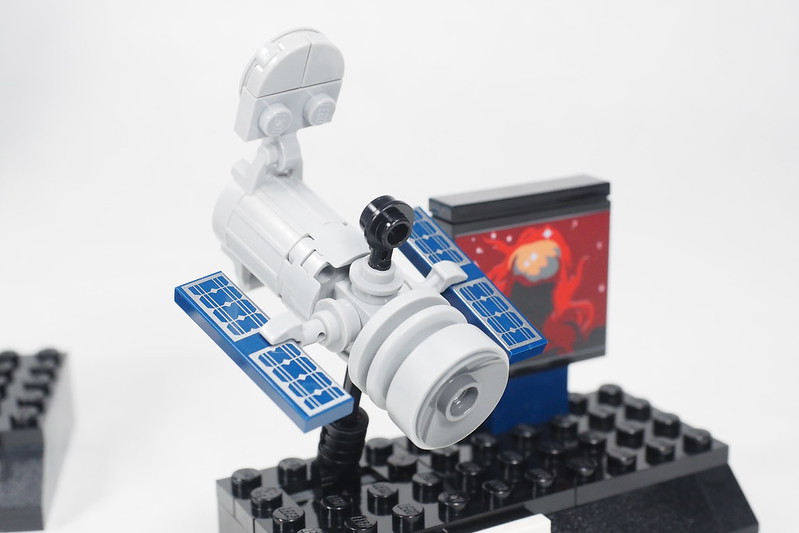 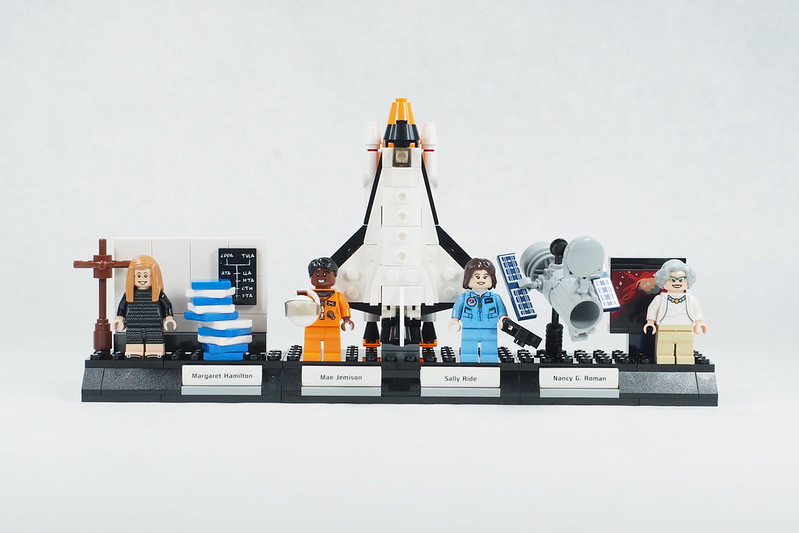 The local recommended retail price (RRP) for this set is SGD$44.90 which works out to approximately 19¢ per piece. It gets even lower when you apply the LEGO Certified Store membership discount which brings it down to a cool SGD$40.

The RRP for the United States is USD$24.90 which comes up to about SGD$37 after taxes and exchange rate which makes the Singaporean RRP quite competitive. 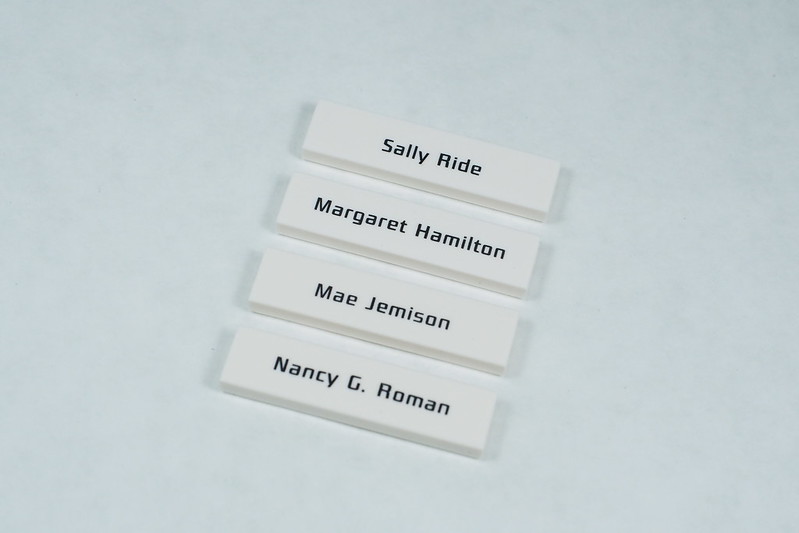 The parts to price ration could be better but do note that there are a lot of unique printed parts in this set along with the exclusive minifigures torsos and head pieces which definitely adds to the value. 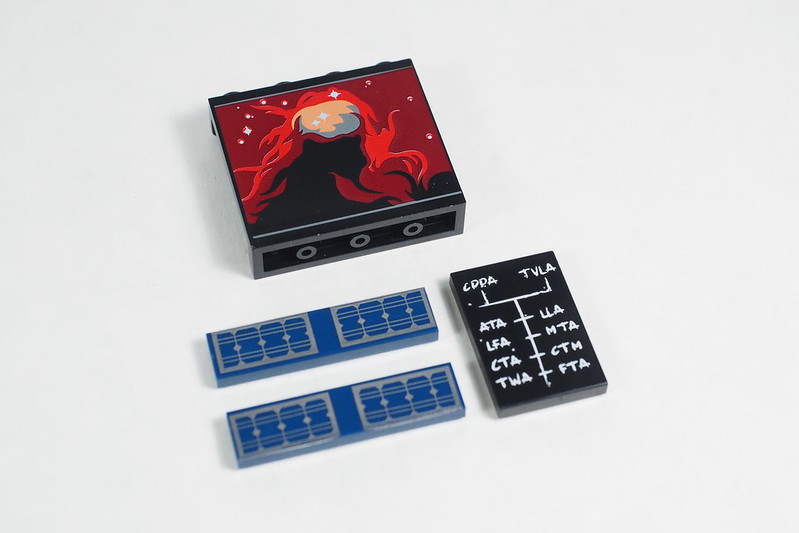 I for one would get this as I’m a big Space / NASA fan but I do agree that we are also a niche audience.

A satisfying set with a simple build experience that is great for novices starting out especially if they are Space fans. 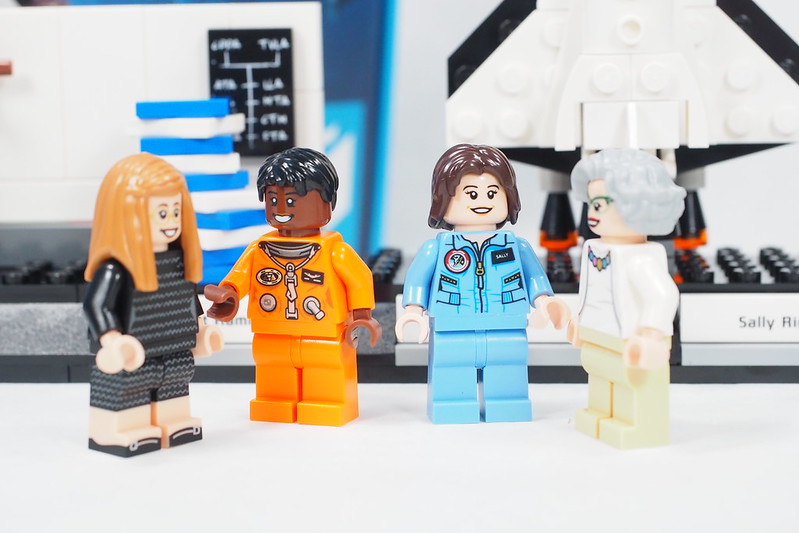 Also a big thank you to fan designers Maia Weinstock and LEGO Designers Gemma Anderson and Marie Sertillanges for their work on this amazing set.