A Tale of Two Hulkbusters 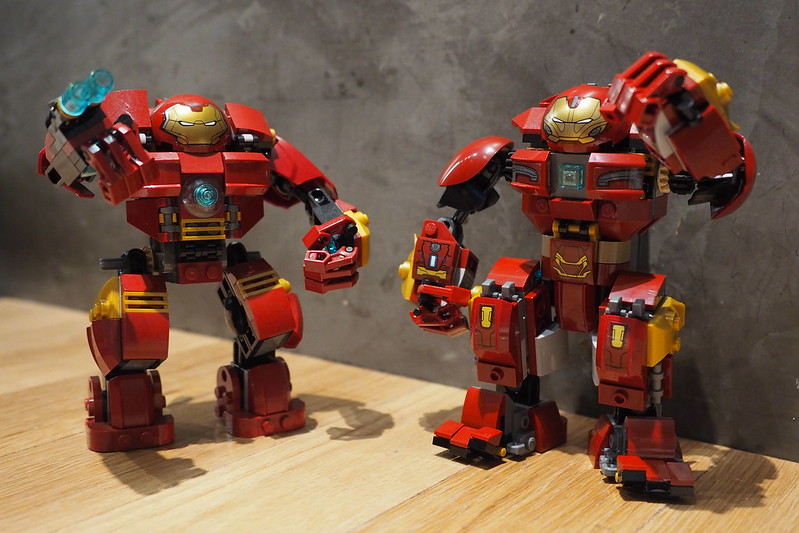 As it was by pure luck that I managed to get the LEGO Marvel Superheroes Avengers: Infinity War Hulkbuster Smash-up (76104) set recently, I thought I’d do a quick comparison with the older Hulkbuster from (76031).

The Infinity War version (76104) stands just slightly taller than the Hulkbuster from two years ago, (76031) which is just a 10mm difference.

Right off the bat you can tell that the dome elements comes with an updated print which makes the Hulkbuster look a little more bad ass with the accentuated brows and facelines. 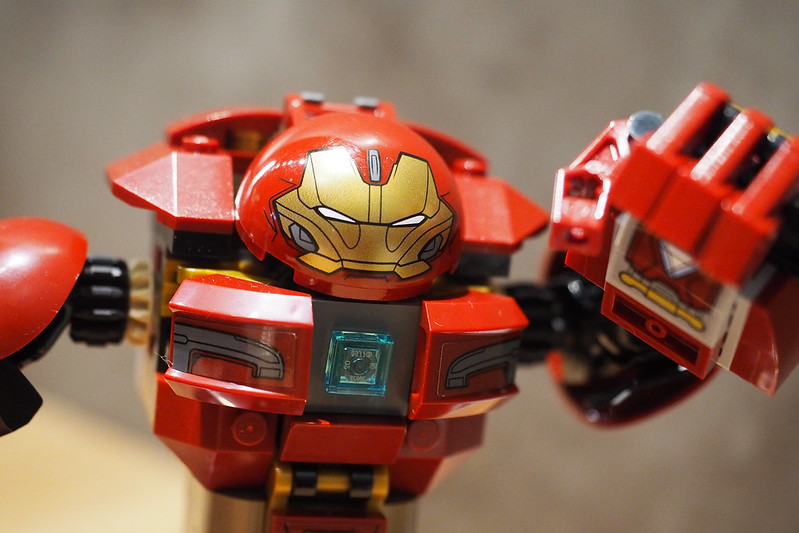 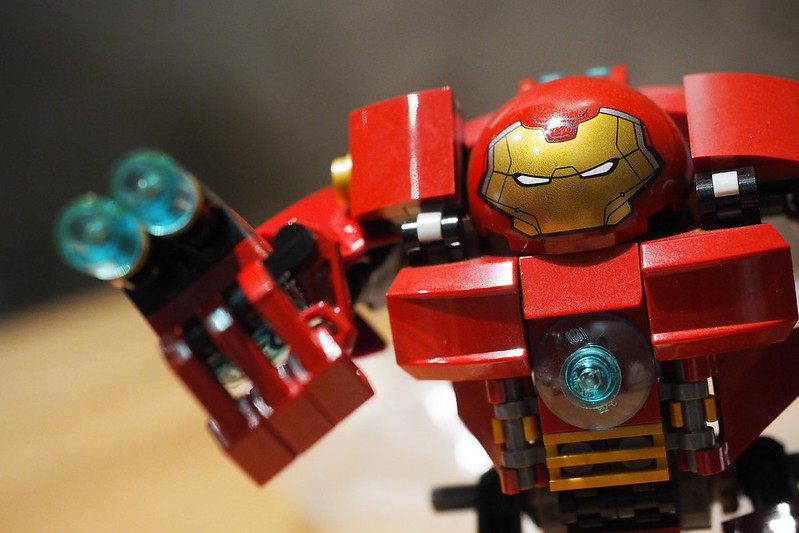 The arms are little buffed up in the latest iteration with more detailing on the sides with the dark red curve slopes and the added gold trimmings. 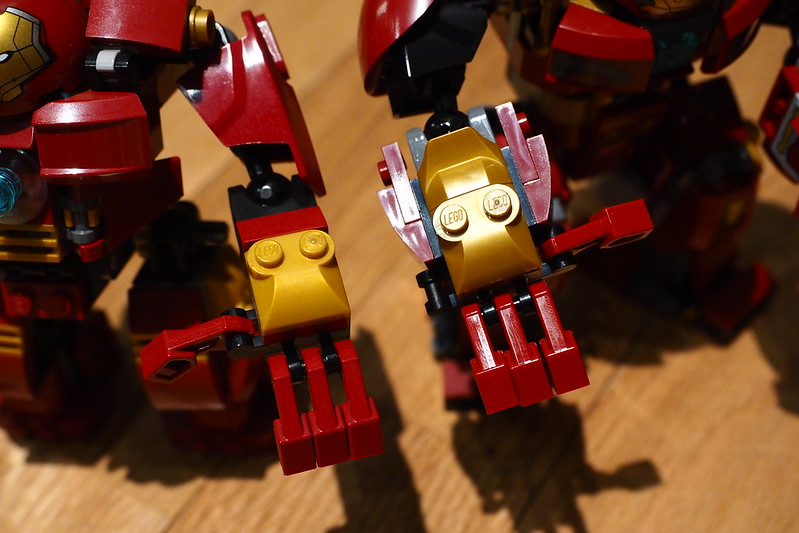 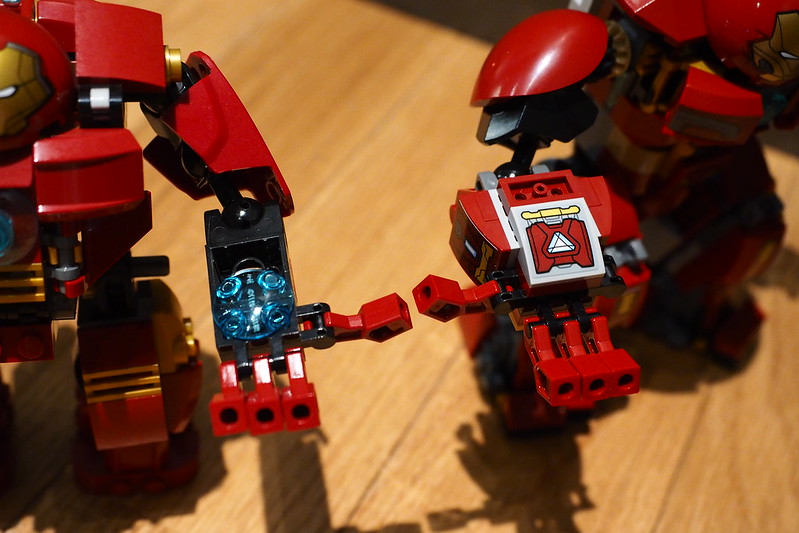 Both cockpits fit one minifigure inside but only (76104) actually opens up in the front for you to fit the whole figure inside. However, (76031) only has one access which is from the top after you open up the dome head. 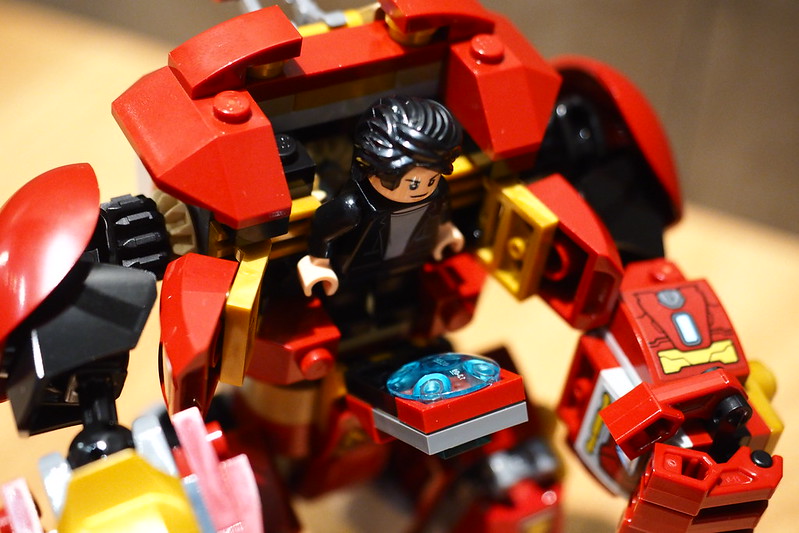 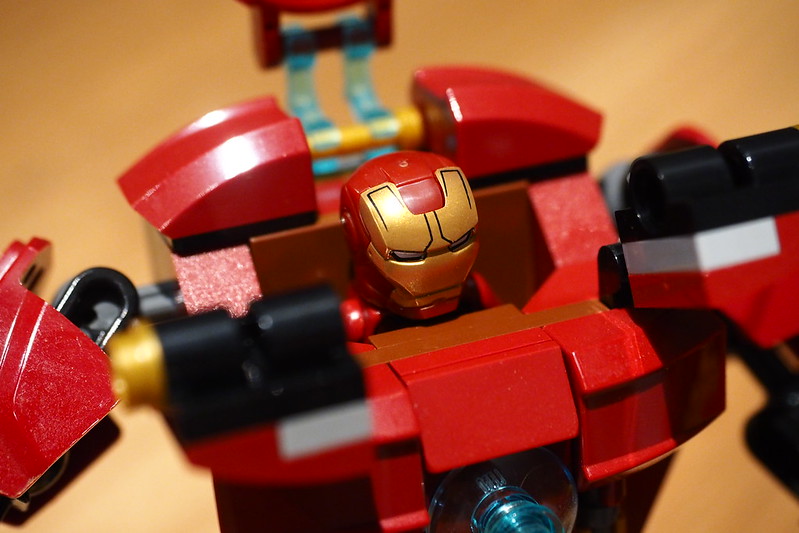 The back of the newer Hulkbuster (76104) is more streamlined with a singular repulsor jet as opposed to the older one with two sets of ‘posable’ jets on each side.

The armatures used to connect the dome piece is also a bit longer which actually moves the head a little bit further down the upper torso which kind of makes it look like the model hunching forward. 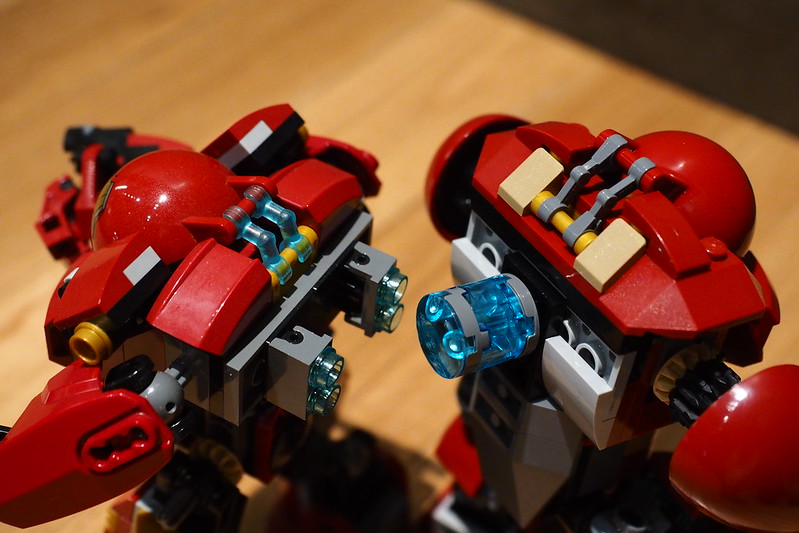 I was a bit amused that they included ‘toes’ into the design of (76104) as I don’t recall seeing any on the original Hulkbuster from Age of Ultron but who knows, maybe the version in Infinity War movie is more anthropomorphic. 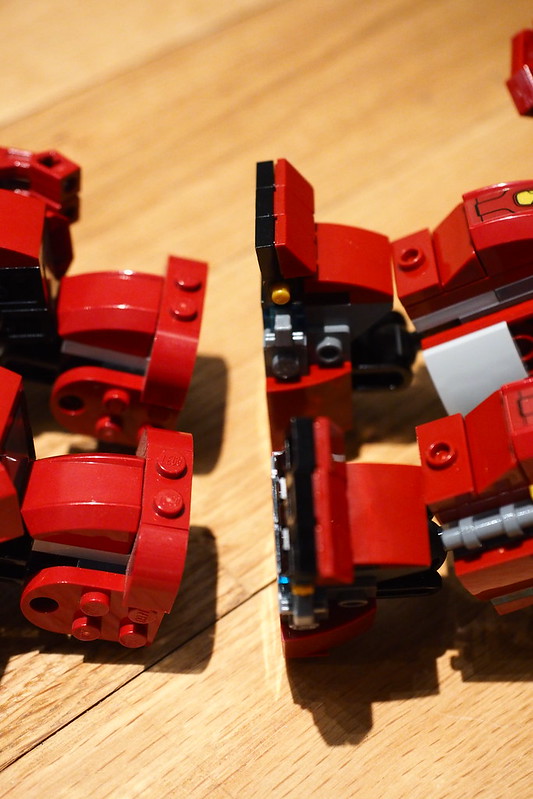 One of the major differences between the newer Hulkbuster and the older one is actually the inclusion of stickers. The previous one designed relied solely on the brick build whereas the new one has stickers for some of the detailing. 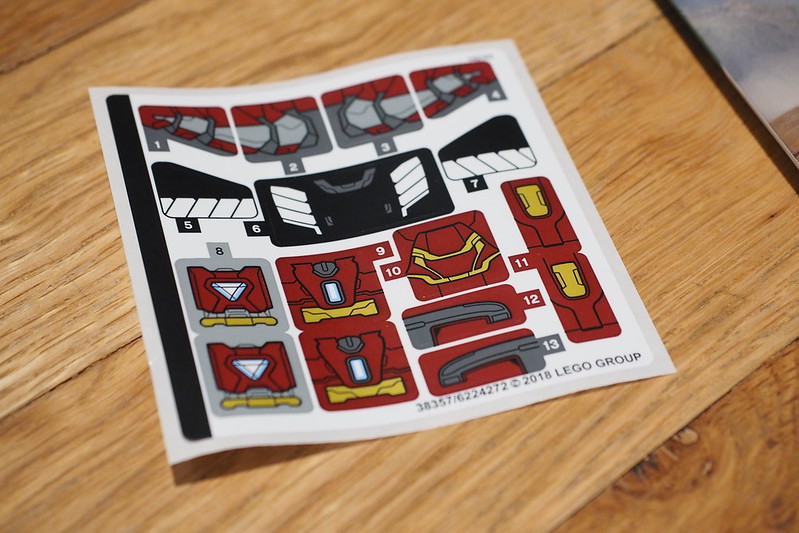 I do hope to combine these eventually to make a slightly bulkier version. The newer one definitely has more parts which allows for better modelling but the upper arms still do not feel ‘meaty’ enough. 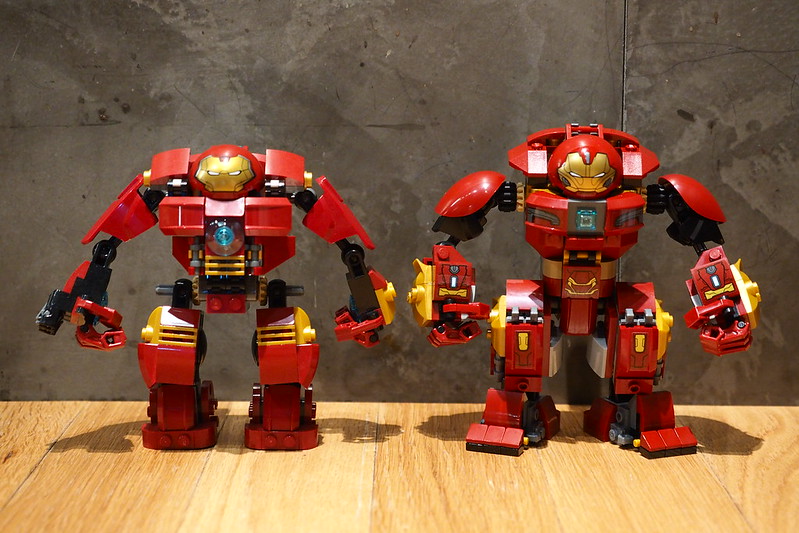 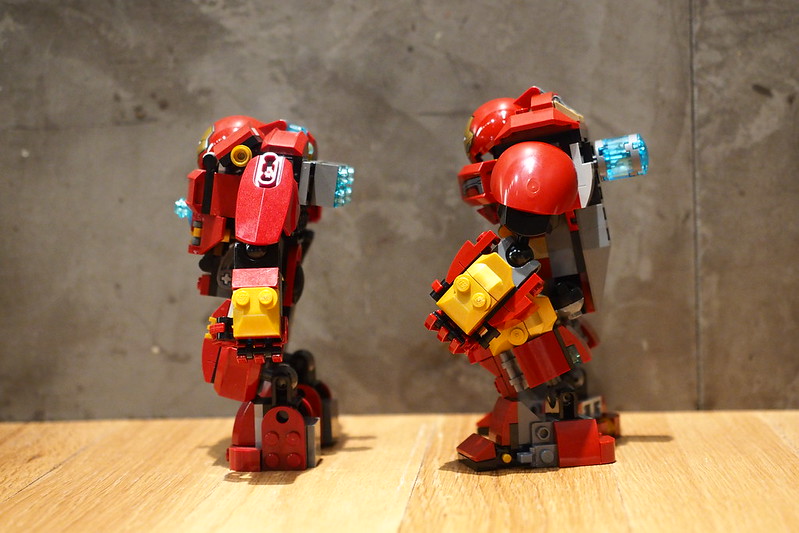 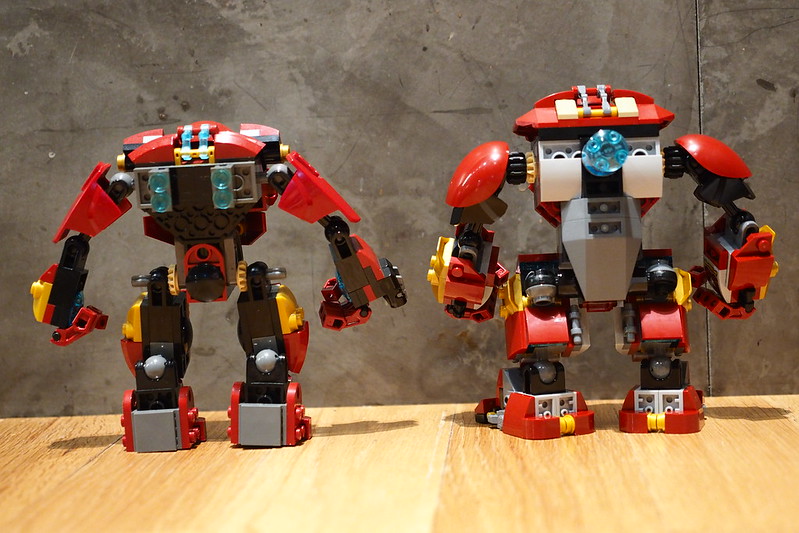 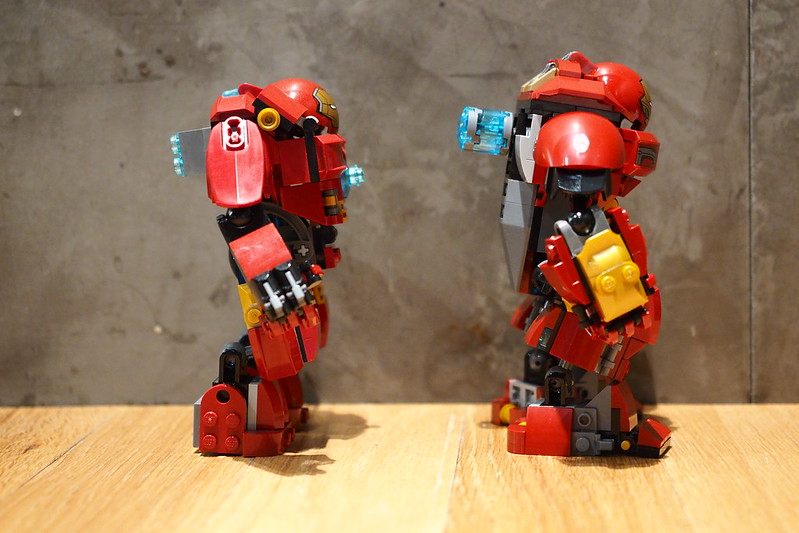 We also have the Ultimate Collector’s Series Hulkbuster: Ultron Edition coming in just a few days so I can’t wait to get my hands on that one too!

(Special thanks to Sir Bricktavius the third for the loan of 76031!)

2 responses to “A Tale of Two Hulkbusters”