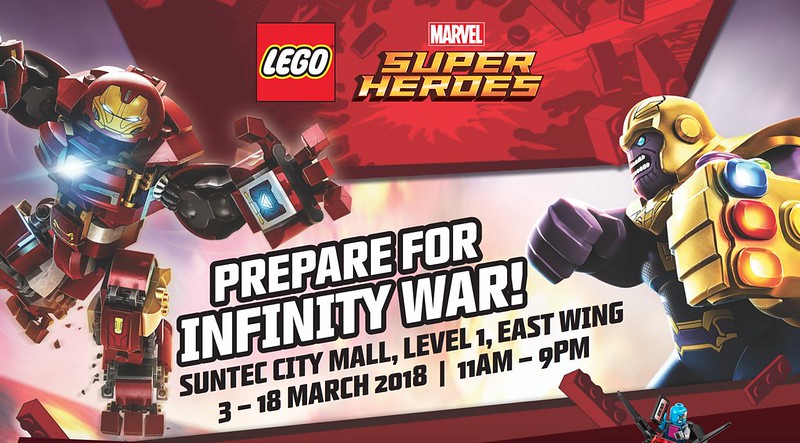 In conjuncture with the Avengers: Infinity War movie just around the corner, LEGO Singapore is launching the LEGO Marvel Superheroes Hulkbuster: Ultron Edition (76105) in a big way this weekend.

There are two weeks of activities planned that starts this Saturday (3rd March) at the Suntec City Mall which will allow AFOLs to get their hands on the highly anticipated LEGO Ultimate Collector’s Series Hulkbuster.

And if you buy the LEGO Marvel Superheroes Hulkbuster: Ultron Edition (76105), you will be entitled to redeem a LEGO Iron Man mosaic designed by Singapore’s LEGO Certified Professional, Nicholas Foo if you spend a total of SGD$250.

The Hulkbuster (76105) is priced at SGD$199.90 so you would need to spend another SGD$50.10 on any other LEGO products to qualify for the gift with purchase. On top of that, if you are one of the first 200 in line to collect your set, you will receive an exclusive LEGO tile signed by Nicholas Foo. 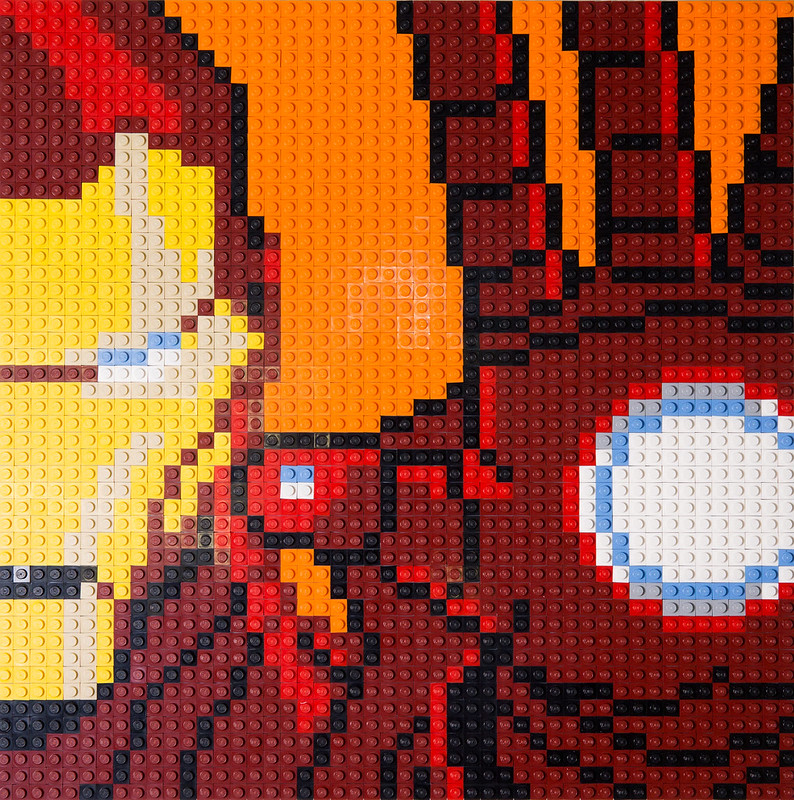 There are also a couple of fringe activities which are geared toward the kids. All they need to do is to spend a minimum of SGD$80 within the mall to qualify for a free building activity where they get to bring home their LEGO Superheroes creations.

And there will be a LEGO Marvel Statue consisting of more than 200,000 bricks that will be unveiled at the event which will be a first for Asia.

Could it be the LEGO Hulkbuster sculpture that was featured in Oxford, London?

We are not allowed to reveal what the statue looks like yet but there will be a contest in which you stand to win a Hulkbuster (76105) if you guess the correct number of bricks used.

Hope to catch you all there!

Attention all Super Heroes and LEGOÒ fans! LEGOÒ Singapore presents you with the launch
of the highly anticipated LEGOÒ Marvel Super Heroes sets and an exciting line-up of Super
Heroes themed activities in celebration of the crowd favourite – The Avengers: Infinity War
movie.
Head down to the LEGOÒ Avengers Universe event, happening 3rd – 18th March 2018 at

Heroes HulkBuster: Ultron Edition! Spend SGD250 on the 76105 LEGOÒ Marvel Super
Heroes HulkBuster: Ultron Edition and any other LEGOÒ product(s) and redeem the exclusive
LEGOÒ Marvel Iron Man Mosaic Gift with Purchase (GwP) designed specially by LEGOÒ
Certified Professional, Nicholas Foo. Be one of the first 200 to redeem the LEGOÒ Marvel
Iron Man Mosaic GwP at the event and get a signed mosaic tile by the designer himself! T&C
apply.
At 9.45am on 3rd March 2018, be the first to lay eyes on Asia’s largest Marvel Super Heroes
LEGOÒ build made entirely from more than 200,000 LEGOÒ bricks! Stand a chance to win
the exclusive 76105 LEGOÒ Marvel Super Heroes Hulkbuster: Ultron Edition by simply
guessing the exact number of bricks that went into building this special Avengers character
after the big reveal. T&C apply.
The fun doesn’t stop here! Join in the Super Heroes fun with an exciting line-up of Super
Heroes-themed activities. Have fun at the Super Heroes Creation building activity – where
both parents and children can let their imagination run wild and have full control in creating
their own Super Heroes creation from LEGOÒ bricks! Come see your entry in the LEGOÒ
Marvel universe with a fun photo opportunity with your favourite Marvel Super Heroes squad
and make it yours by taking your creation home!
Simply spend a minimum of 80SGD from 4th to 18th March, which entitles you to participate
in the Super Heroes Creation Activity at the event, T&Cs apply.