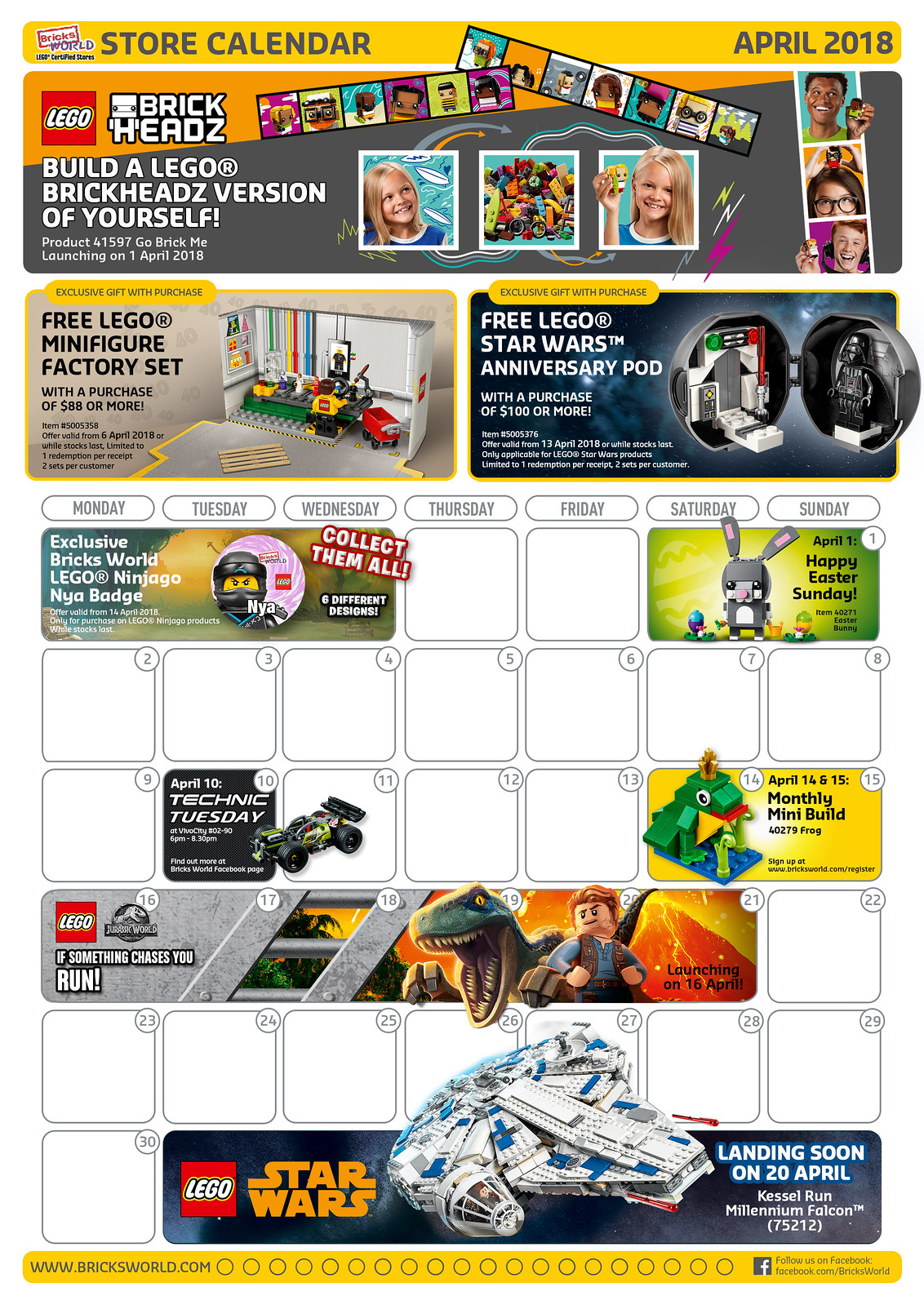 The Bricksworld LEGO Certified Store Calendar for the month of April is out and we are super excited to confirm that the Darth Vader Pod will be coming to Singapore!

And that’s not all, the LEGO Minifigure Factory will also be an April gift with purchase!

April 6th: LEGO Minifigure Factory (5005358) redeemable with a minimum spend of SGD$88 on any LEGO product. While stocks lasts.

Do note that the LEGO Jurassic World will be launching on the 16th of April and the LEGO Star Wars Solo: A Star Wars Story sets will be available only on the 20th of April. 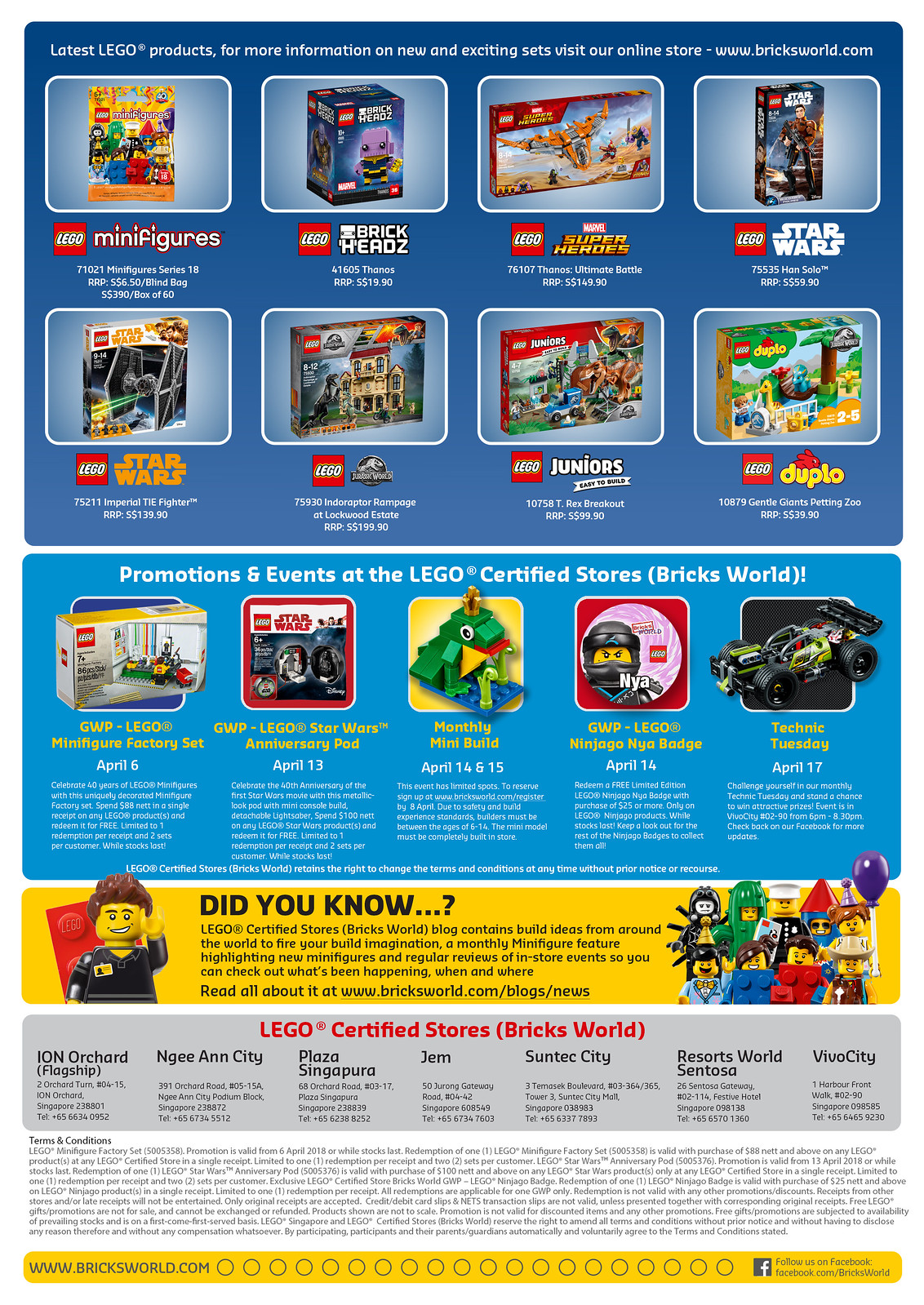 While I’m stoked that the LEGO Star Wars Darth Vader Pod (5005376) is coming as a gift with purchase, I’m also a bit apprehensive about shelling out SGD$100 on LEGO Star Wars products at the moment.

The LEGO Star Wars Solo: A Star Wars Story sets and the previous wave were not particular inspiring so I’m a bit of a loss as to what to spend. Perhaps they might announce and release the next LEGO Star Wars UCS set?