Craig Daniel has been crafting these large scale minifigures for close to five years now.

And all the wooden figures that you see in the picture above are completely fabricated by hand during his free time. 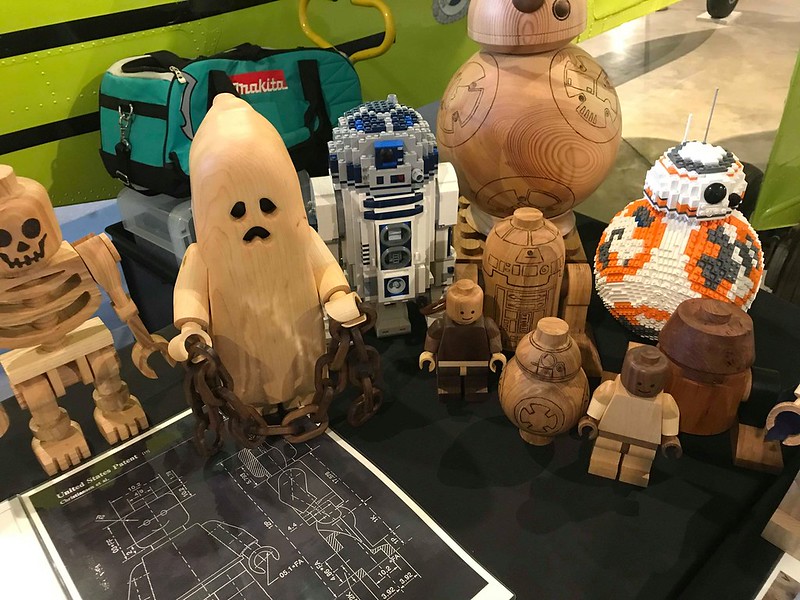 It would be very easy to resort to computer assisted machinery but he prefers to craft them with just basic hand tools, a woodturning lathe and a drill press. 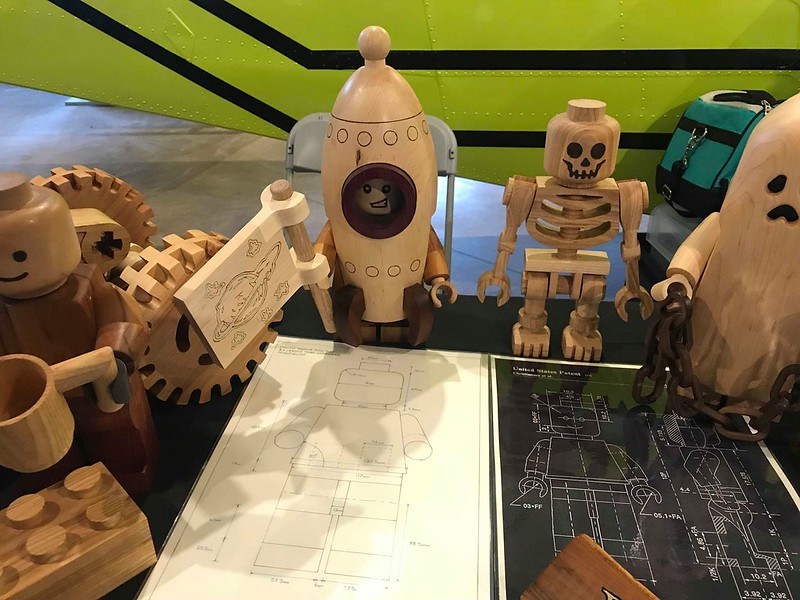 A basic large scale figure could take anywhere between 10-12 hours to construct and the more complex ones like the classic spaceman and skimmer took him closer to 60 man-hours to complete. 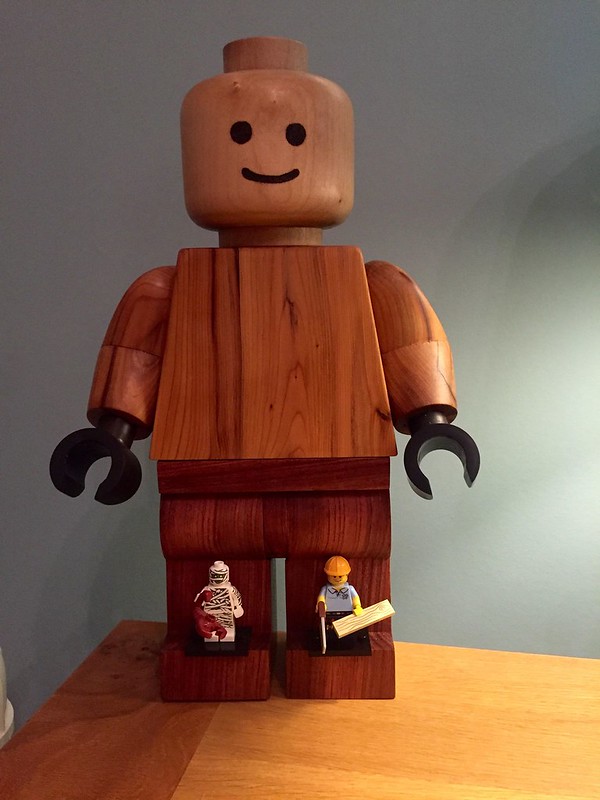 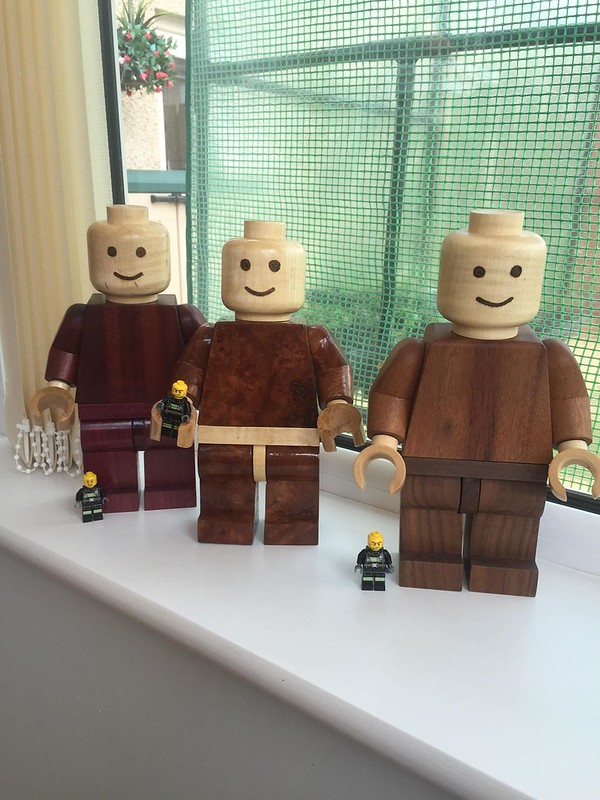 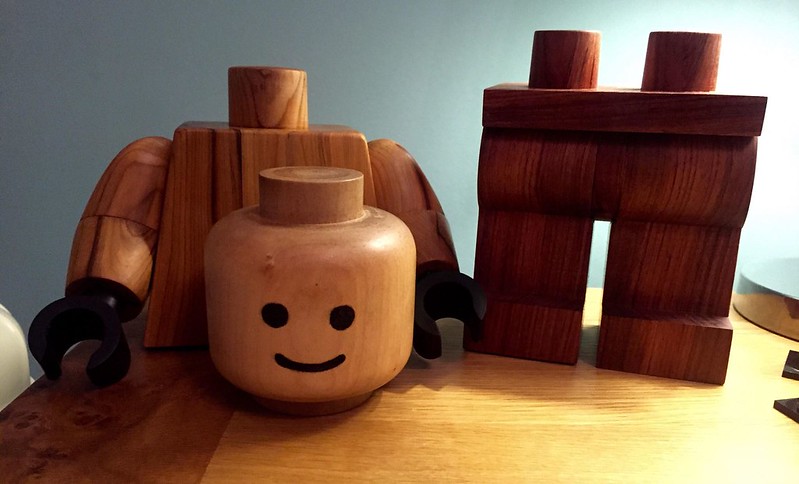 The figure above is actually the 4th generation classic minifigure which 8x the size of your regular minifigure. As you can see, metal bolts were used lock in the arm sockets. 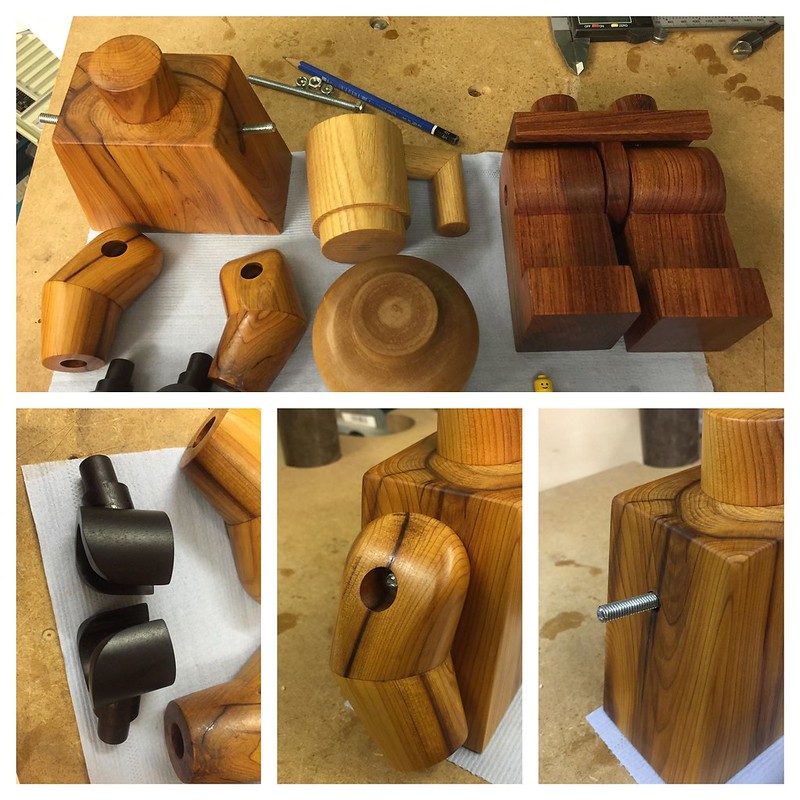 The rocket boy was probably around 40 hrs which is assembled exactly like its minifigure counterpart with the rocket suit sliding over the torso. 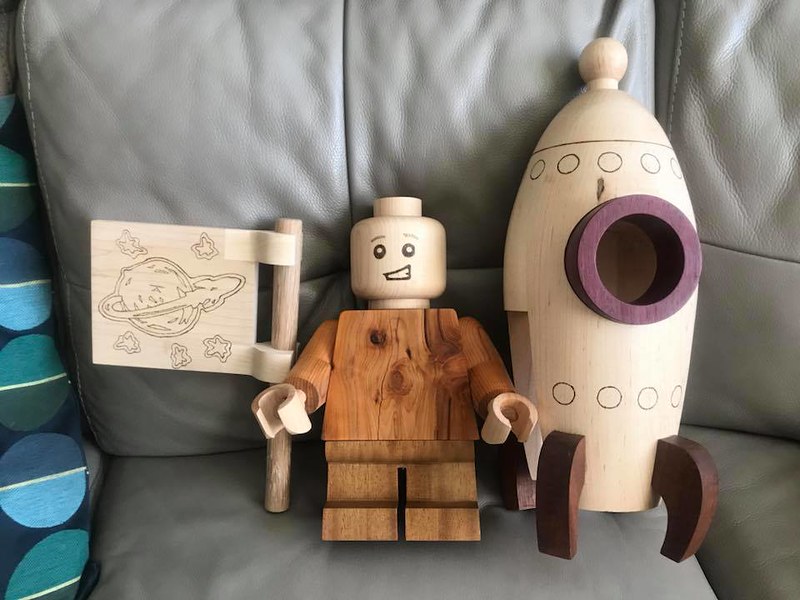 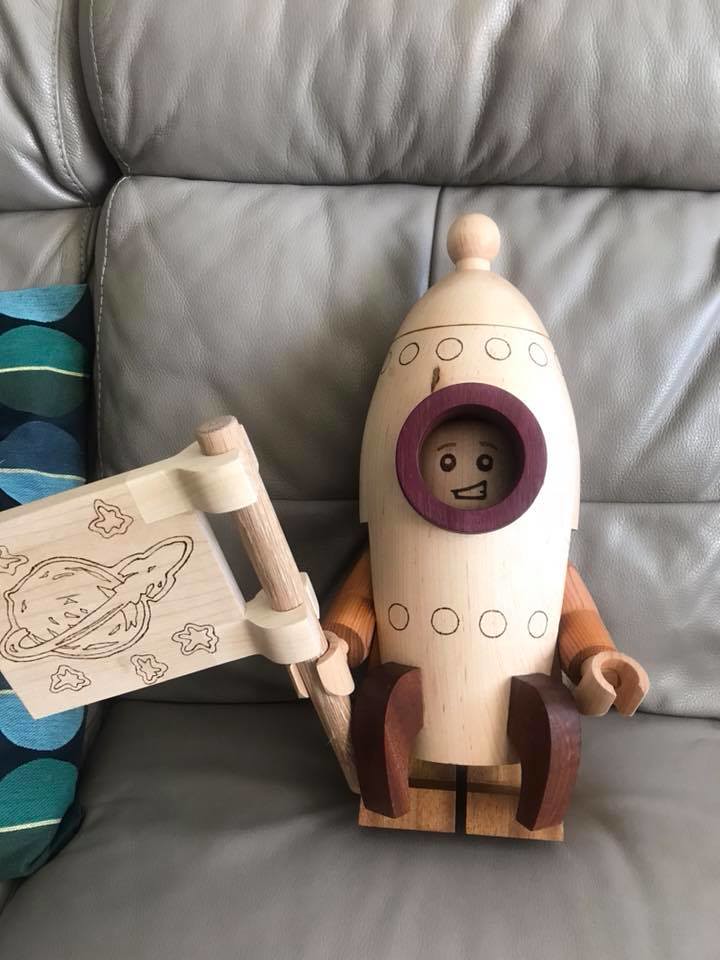 But his most challenge build to date is still the LEGO Technic Tricycle which took him a good 120 hours to design and construct. 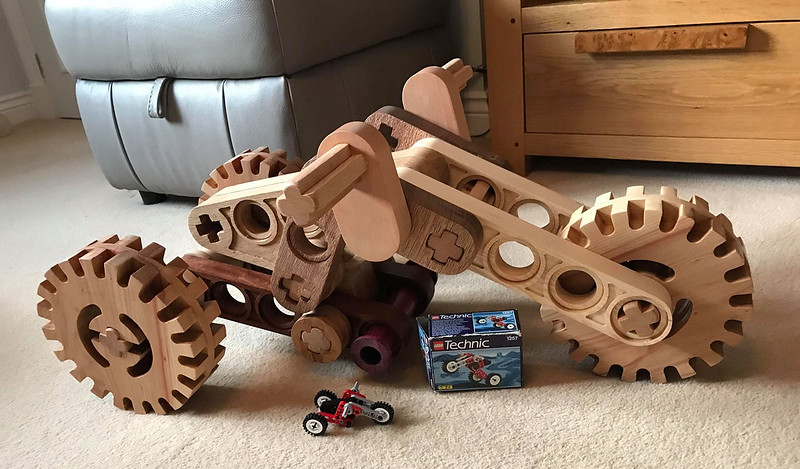 It is based on the LEGO Technic Tricycle (3000) set which was released in 1999 which actually moves and retains all the functions of the original LEGO model.

I knew each piece would be a lot of work so I chose a set with a small bit count but which was also recognisable as a vehicle.

His all time favourite large scale wooden minifigures would have to be the Ghost and the Skeleton. 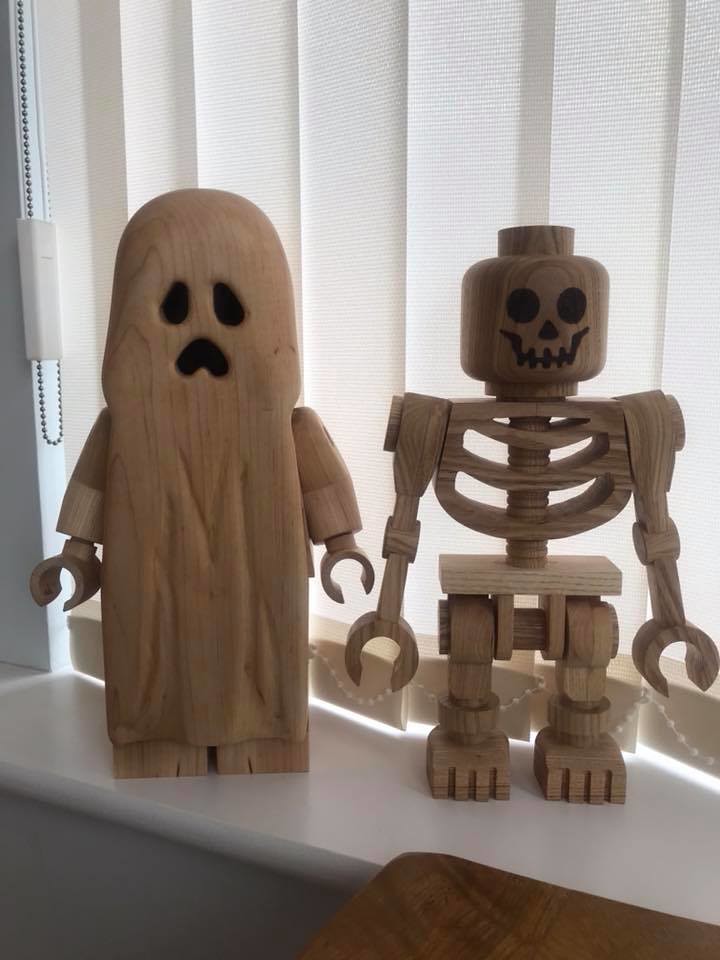 The Ghost’s head piece is actually African Ebony wood and the shroud comprises of three pieces bonded together and the entire block was carved. 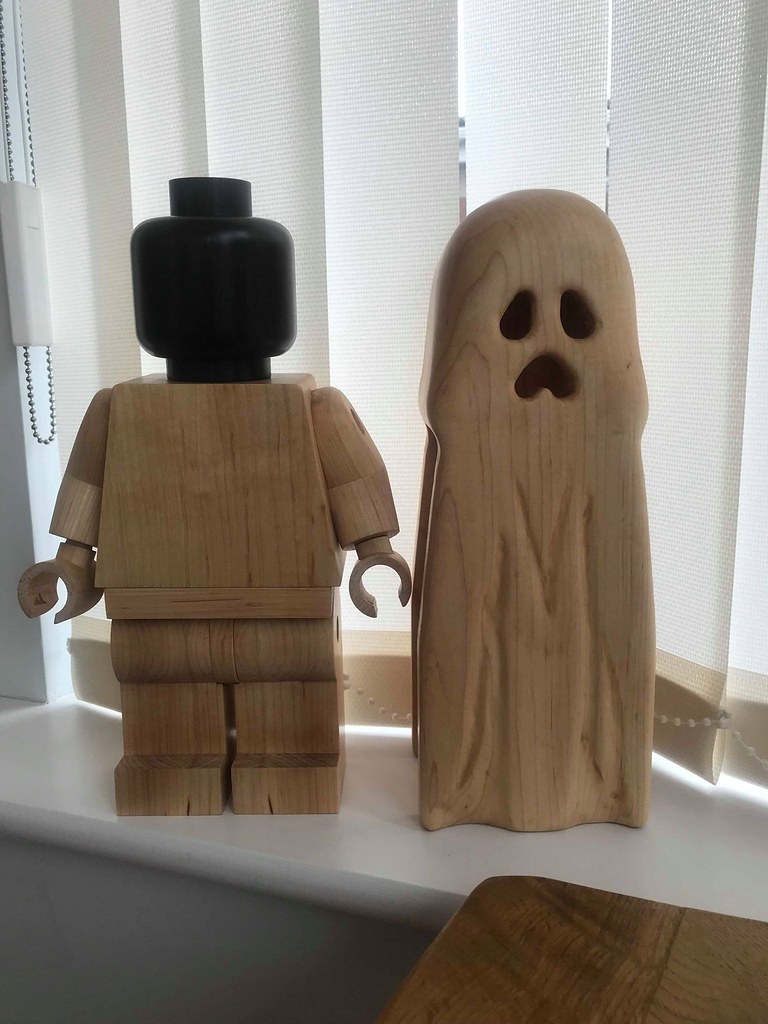 Here is a comparison with the actual Ghost Minifigure. Notice the folds of the shroud is intricately replicated.

Most of his models use Timber as the material of choice but the the classic Spaceman is actually made up of various types of woods. 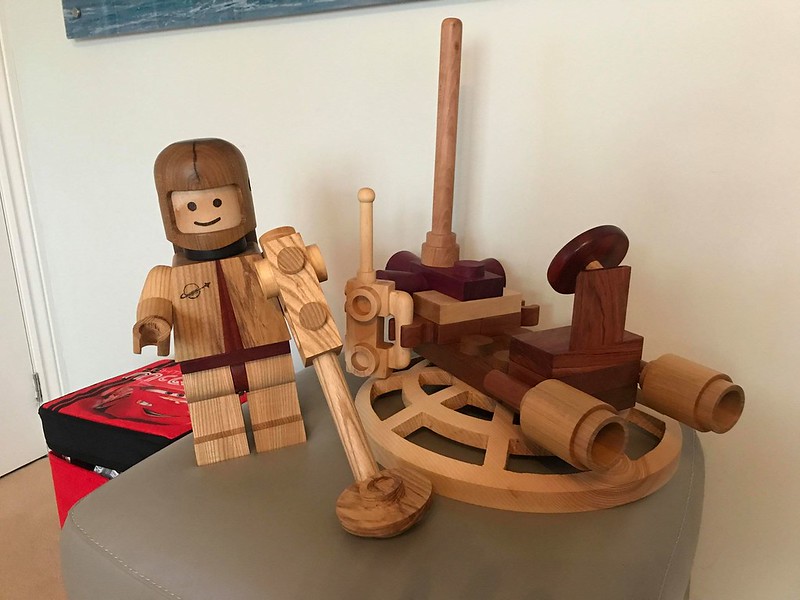 It is even possible for the Spaceman to ‘sit’ in the skimmer although the leg assembly does not come with the recess to receive the studs. 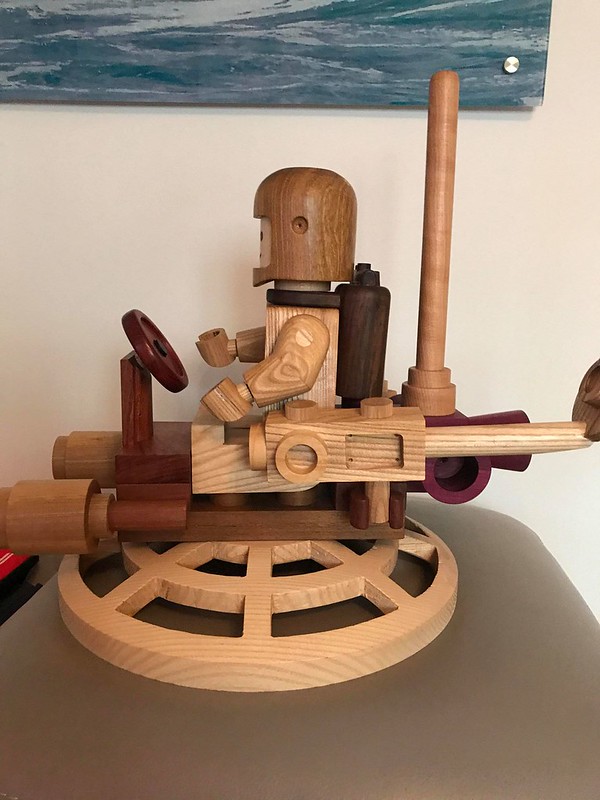 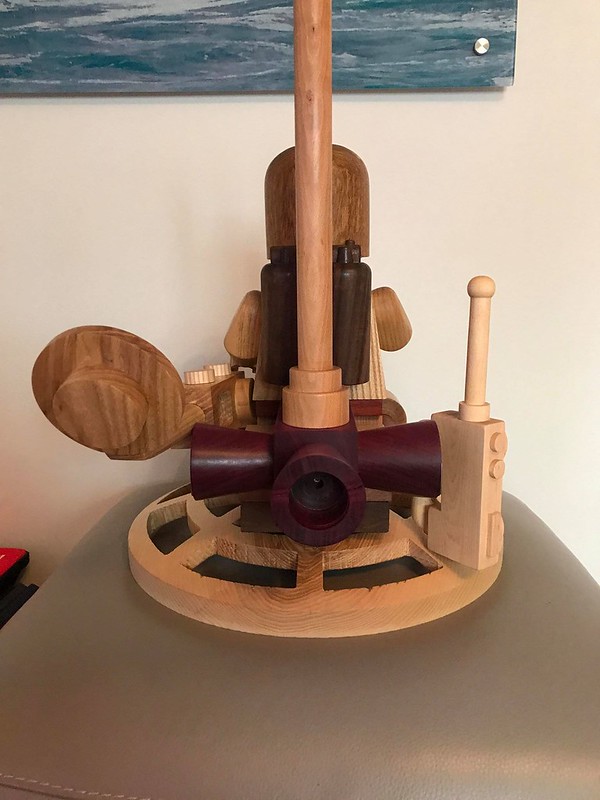 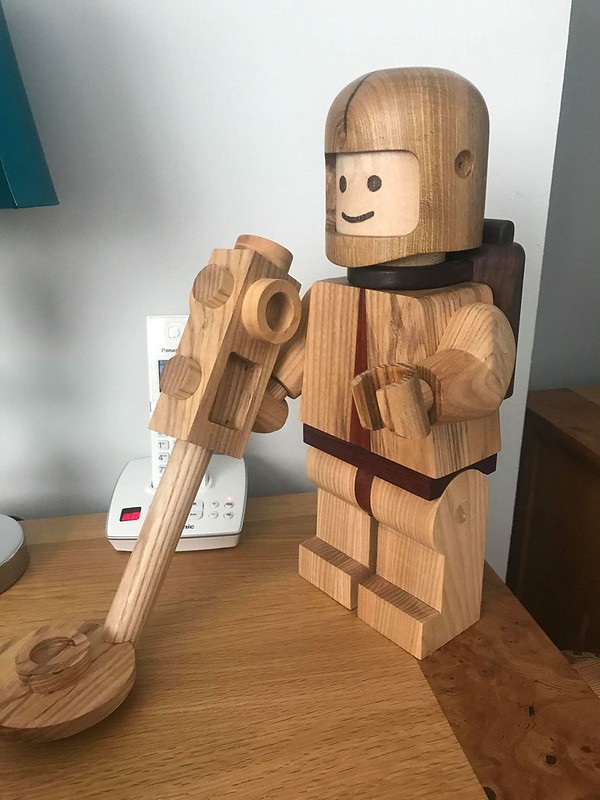 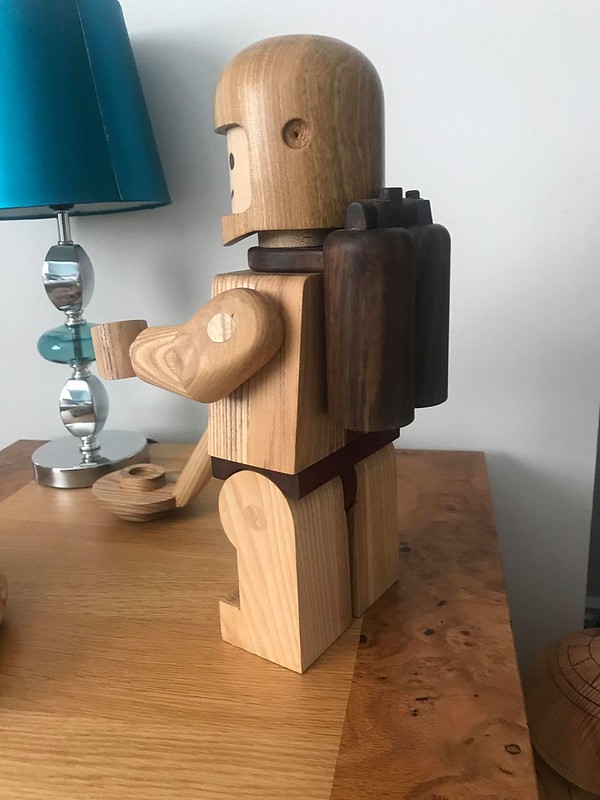 The largest Ultra-figure he has ever made is 18x the regular size of your minifigure and has been dubbed “Big Boy” by his kids. 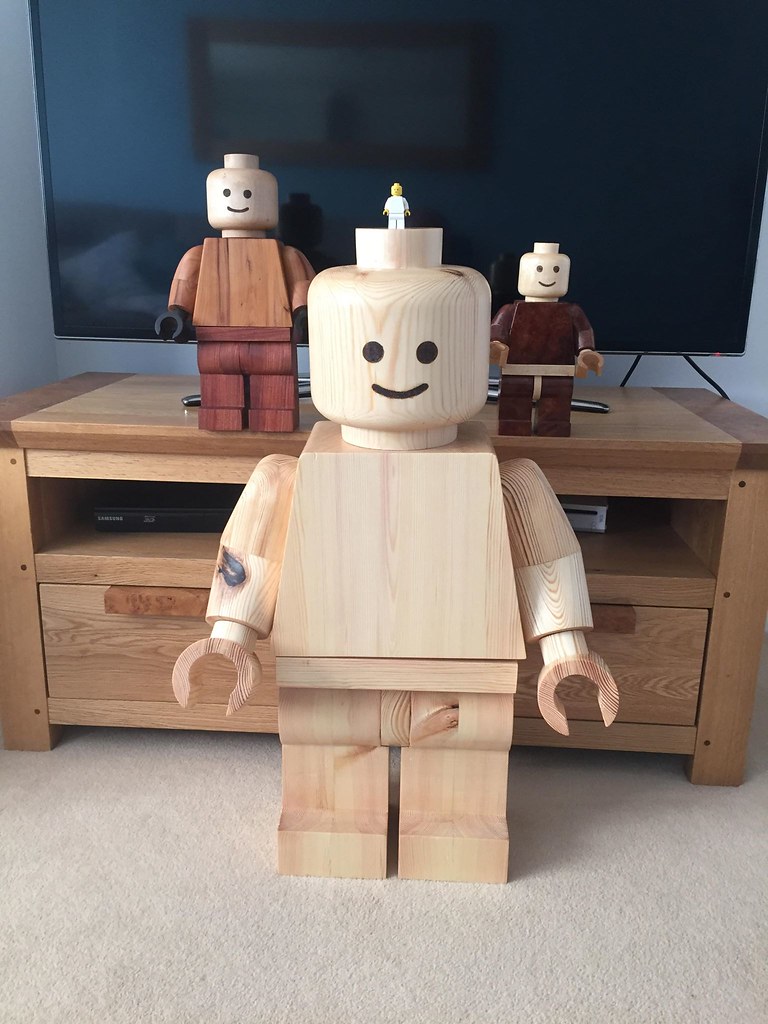 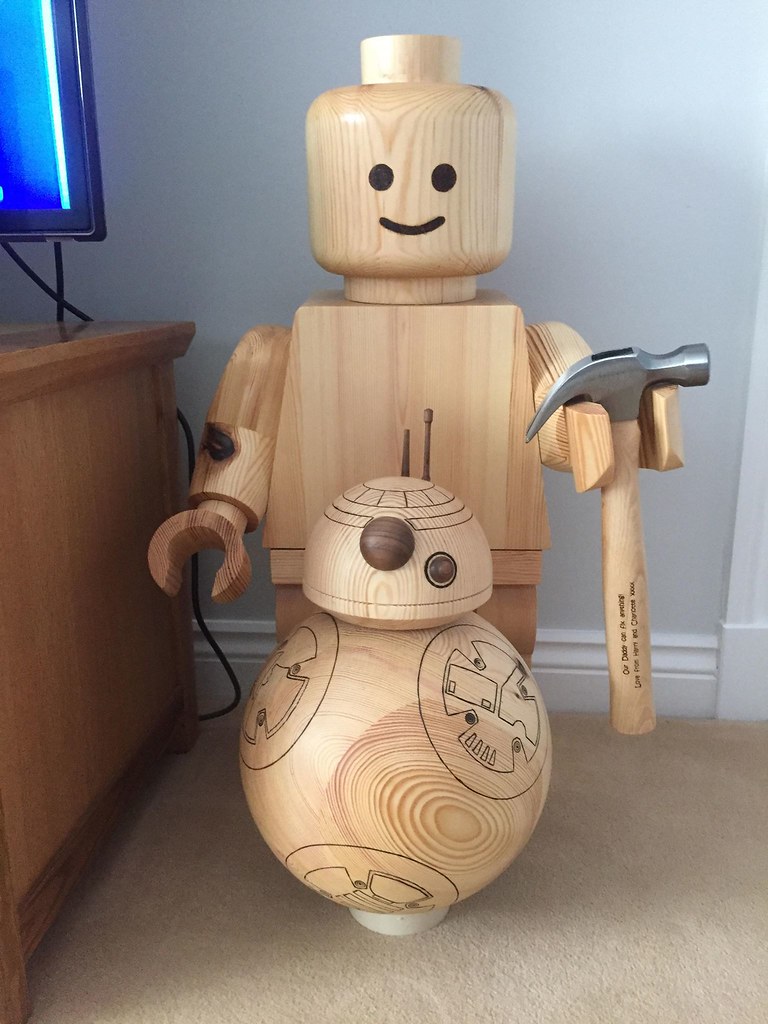 It stands a good 72cm tall and it is made completely out of timber. The head was the largest component to make as that was the limit for his woodturning lathe.

Here is a small human for scale: 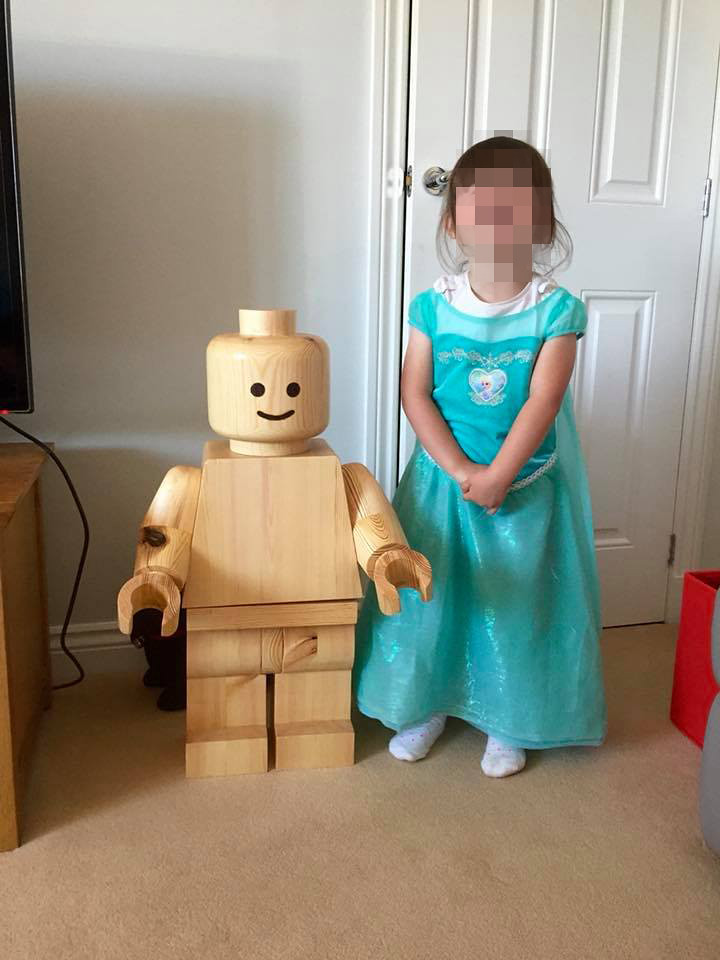 Even the graphic art is done the old fashioned way with a pyrography pen and a bit of carbon paper to transfer the art work onto the model which is what he did for the 40th Anniversary Technic Brick. 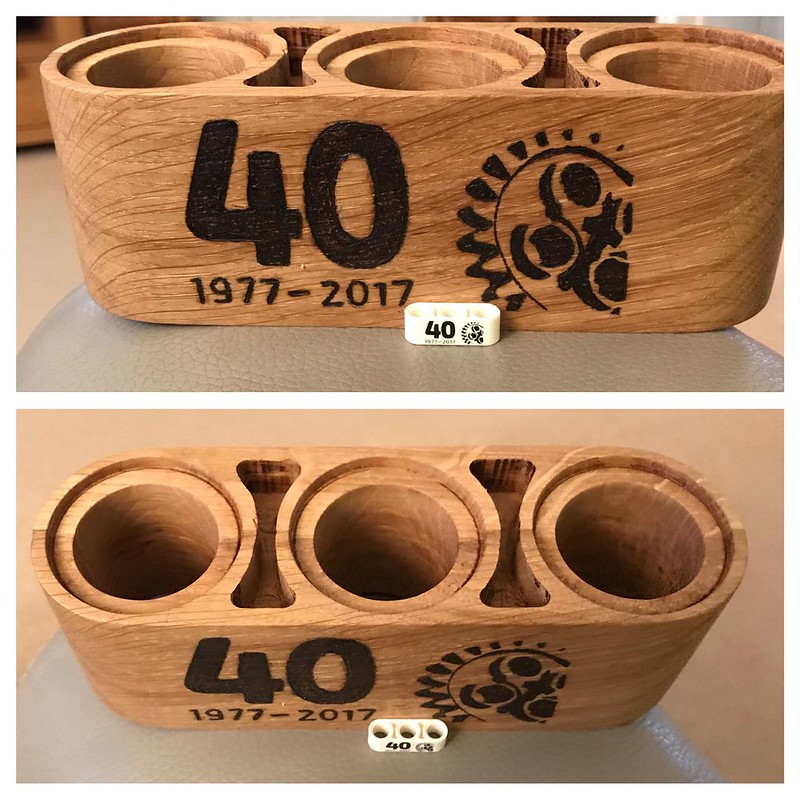 A Scotland native, he does showcase his works at his local LUG exhibitions so if you are lucky to attend one of those do stop by and take a look.

And to answer the question on everyone’s mind, no he does not sell these nor take in commissions. It is truly for the love of the brick.

Thanks for taking the time to share your LEGO woodworking experience Craig! I really learned a lot!