The LEGO Ideas Steamboat Willie project was only ‘officially’ selected to be an actual LEGO set last month but thanks to some leaks, namely the Mickey and Mini Mouse black and white minifigures, we already knew that it was a done deal.

While Máté Szabó’s version was a fitting tribute to the first cartoons with fully synchronised sound, the LEGO designer added some cool play features like the movement of the two steam pipes and paddles as you push the boat around. 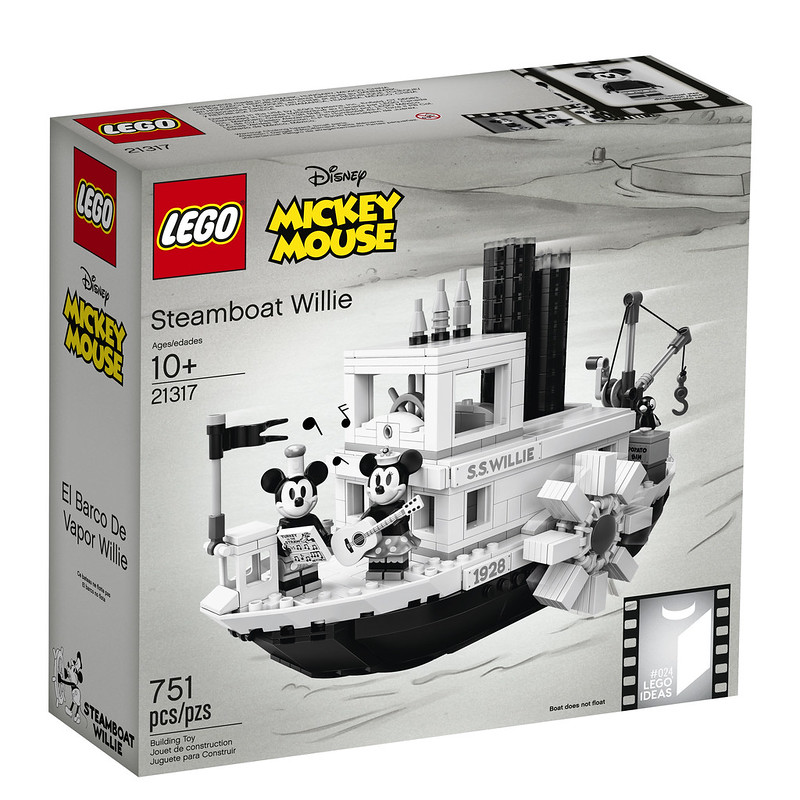 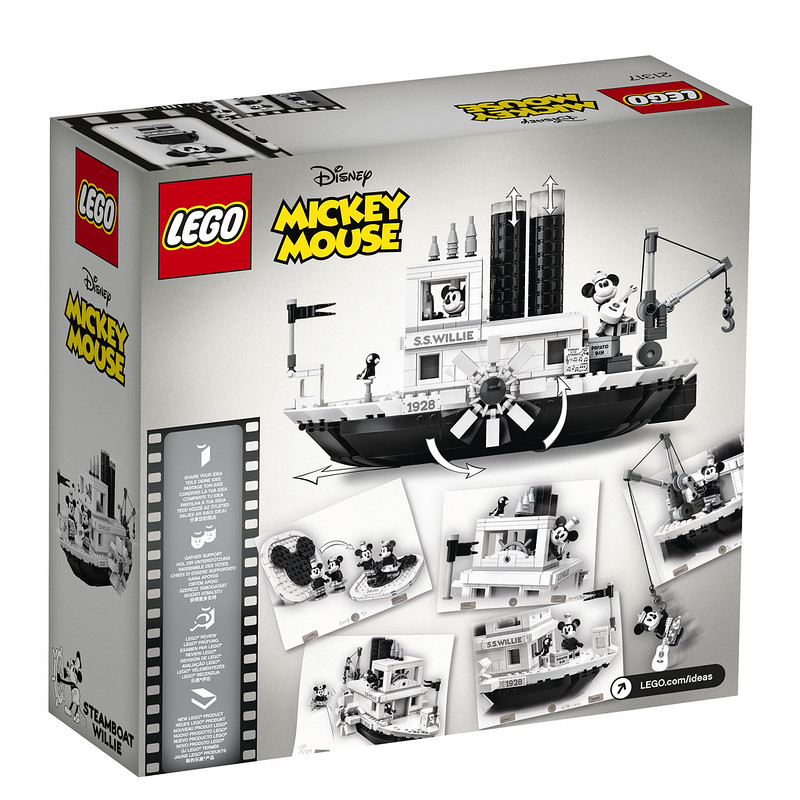 The Steamboat Willie (21317) set comes with two minifigures, Mickey and Minnie Mouse which are decked out in a black and white colour scheme. There is also a black and white parrot animal figure that will be an exclusive to this set. 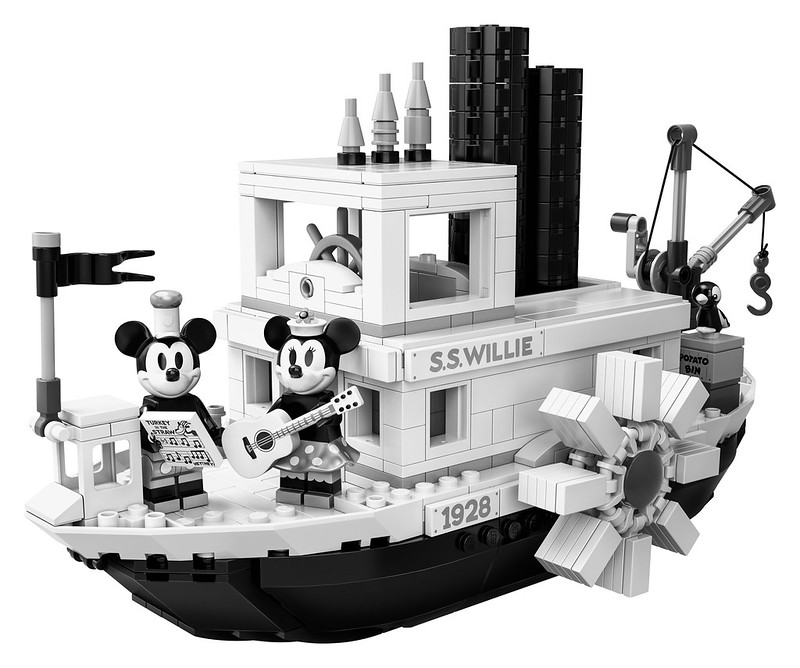 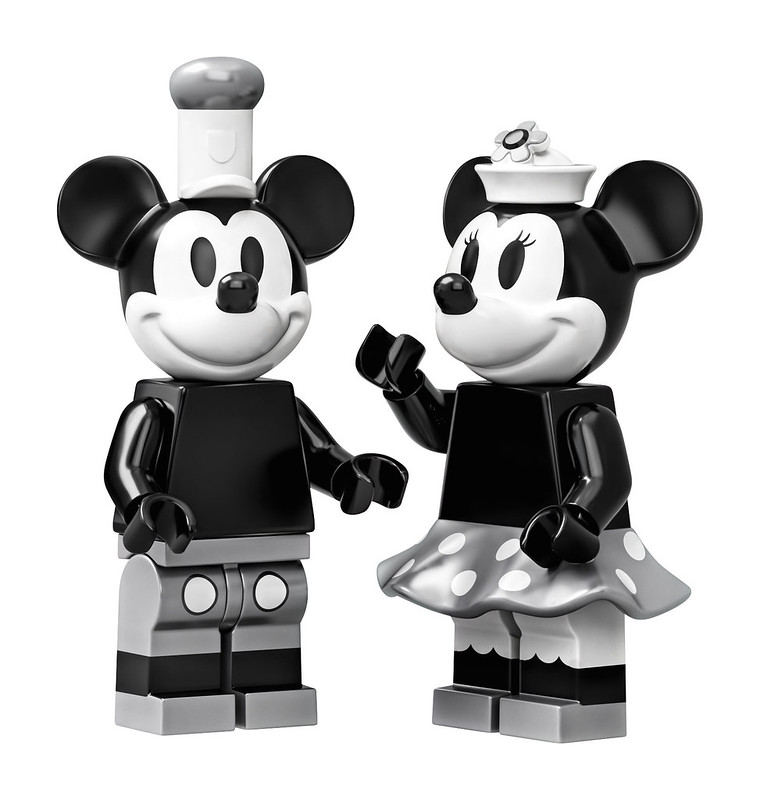 It will have a recommended retail price of SGD$149.90 which is a bit on the high side considering that this clocks in at 751 pieces. 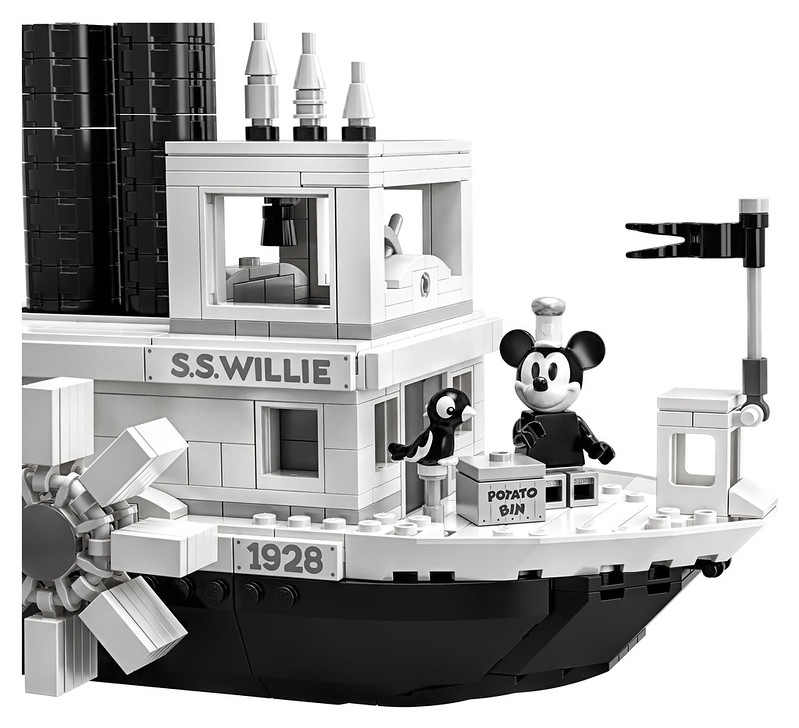 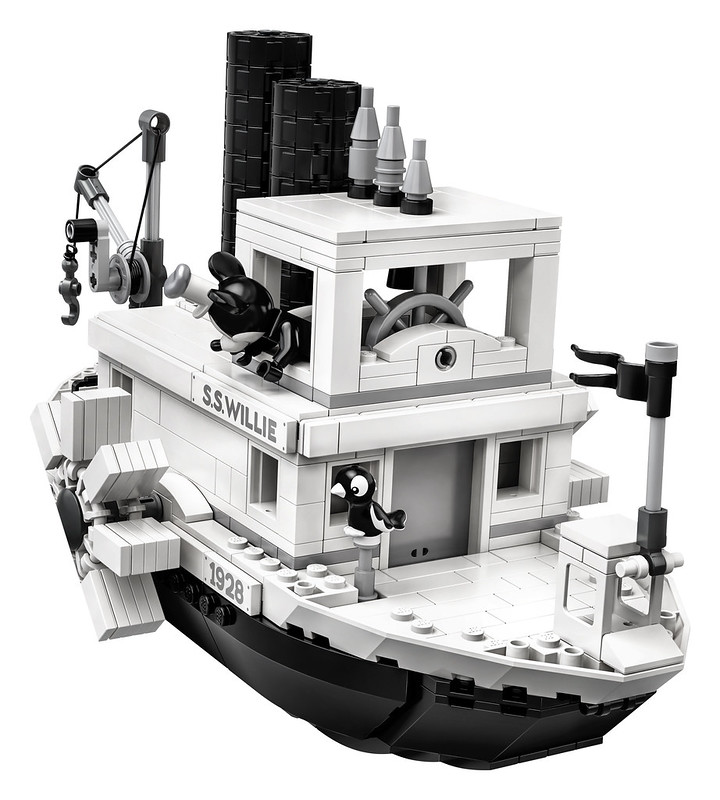 Disney’s first black and white LEGO set will be hitting the shelves on April 1st to all LEGO Brand / Certified Stores around the world. There should be a fan designer signing in the following weeks. 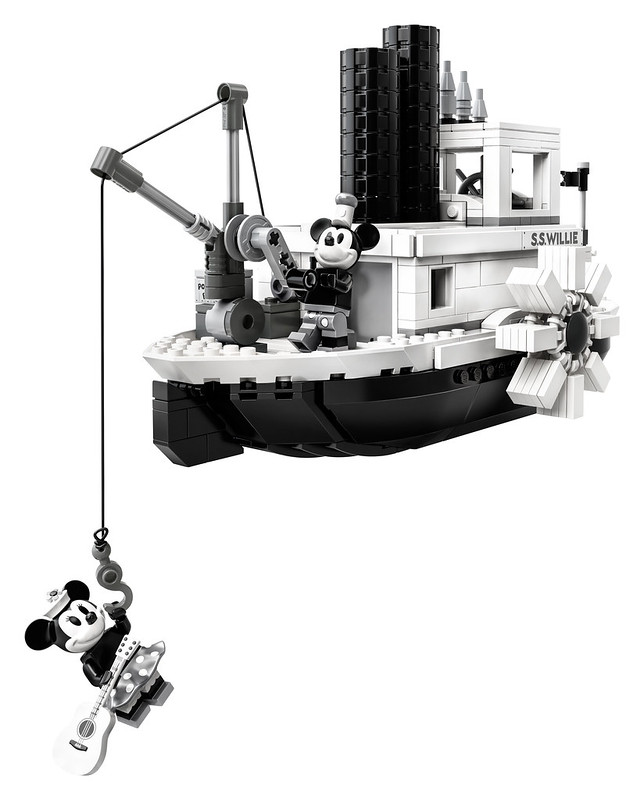 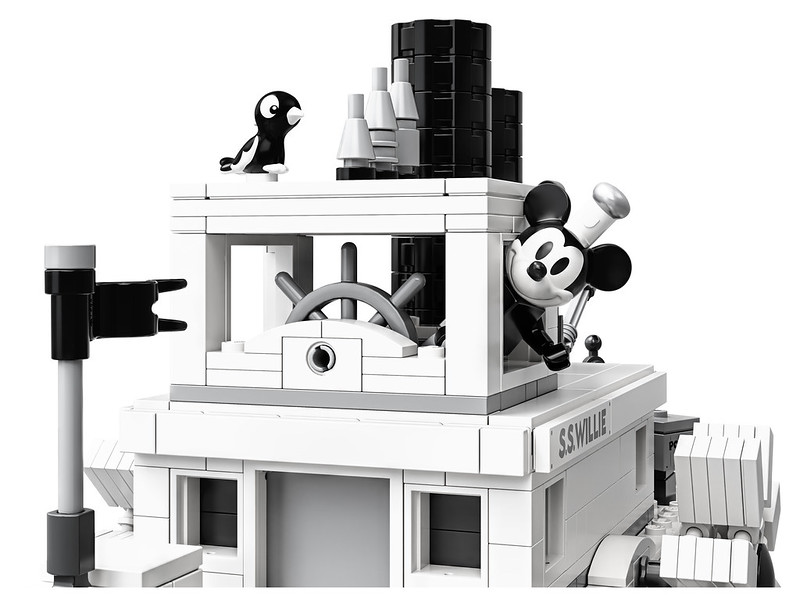 If anyone is wondering why Steamboat Willie (21317) is coming out so quickly after the announcement, it is because once a LEGO Ideas project reaches 10,000K supporters it is already handed over to a LEGO designer for a feasibility assessment to figure out if the set is viable even before the announcement is made. 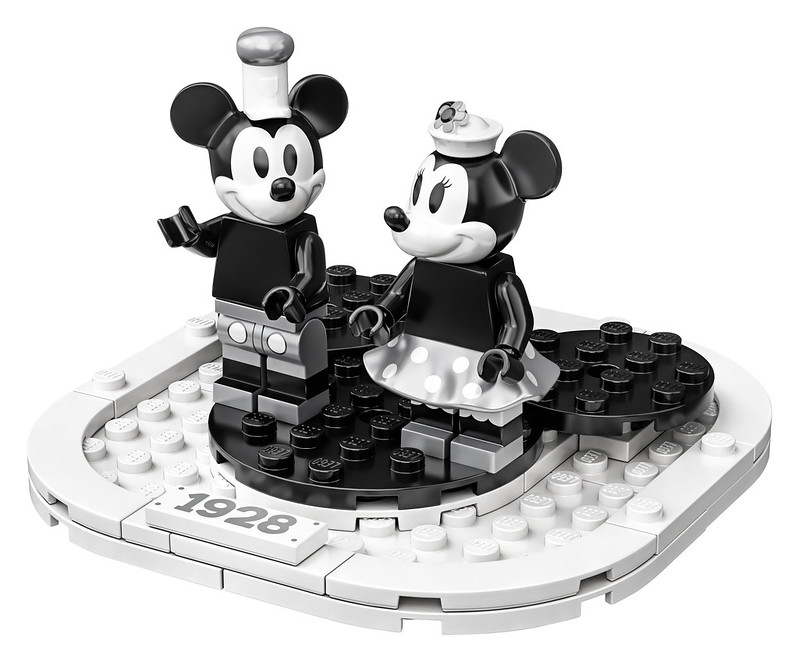 By the time the “results” are announced, the LEGO set is already well into the design phase. 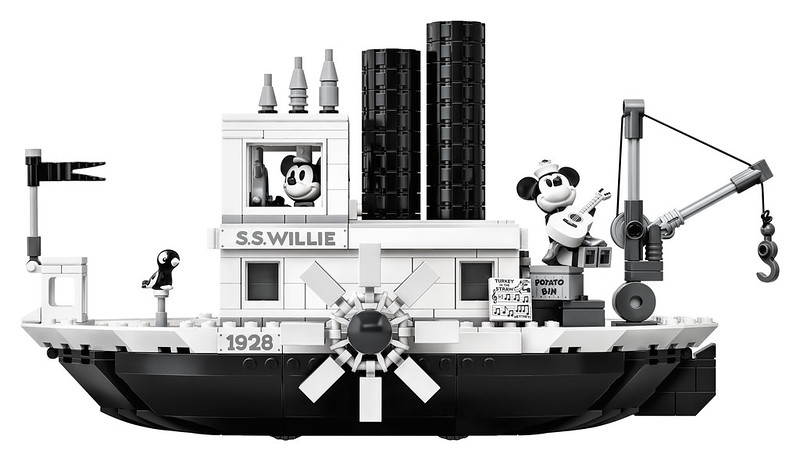 All aboard Steamboat Willie to celebrate Mickey Mouse’s birthday!

Disney Mickey Mouse fans will love this LEGO® Ideas 21317 Steamboat Willie building toy marking the 90th anniversary of the most famous cartoon character ever. Mickey Mouse made his screen debut in a 1928 black-and-white animated short film called ‘Steamboat Willie’, which was also the first Disney film to have synchronized sound. This LEGO brick version of the S.S. Willie features steam pipes that move up and down and paddle wheels that rotate when the boat is pushed along. The boat’s bridge has room for a minifigure and play-inspiring nautical details such as the ship’s wheel, life buoy and buildable bell. On deck there is a working crane to lift the ‘potato bin’ cargo aboard and this unique toy building set comes with new-for-April-2019 Mickey Mouse and Minnie Mouse minifigures, each with special silver-colored decoration, plus a parrot figure. An ideal LEGO set for kids and adults to recreate scenes from the original Mickey Mouse cartoon or simply build and display this striking monochrome model.

Available directly through LEGO® from Monday 1st April, 2019 via shop.LEGO.com, LEGO® Stores or via phone