Just stopped in Bangkok for a couple days of work and I wanted to check out Thailand’s only LEGO Certified Store which was located in the Siam Paragon Mall.

Thailand has been known to be one of the most expensive places to purchase LEGO in South East Asia and I just had to see it for myself. 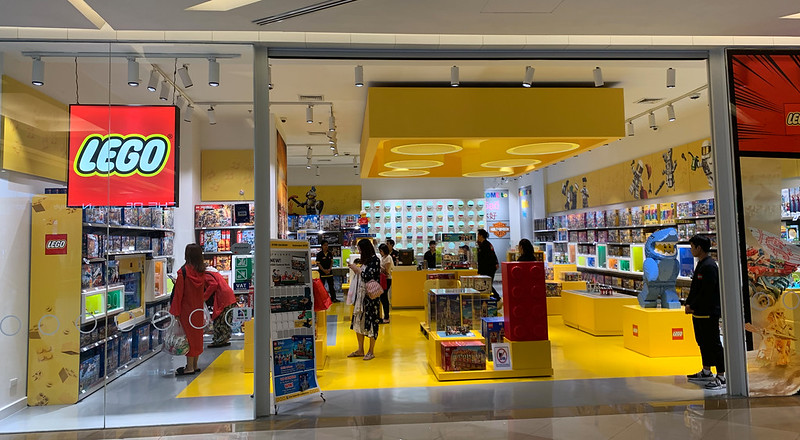 The store is decked out with full amenities with features like the Pick-A-Brick (PAB) wall and the Build-A-Minifigure (BAM) station. It even has the LEGO Digital Box scanner which utilises augmented reality to preview the sets before you buy. 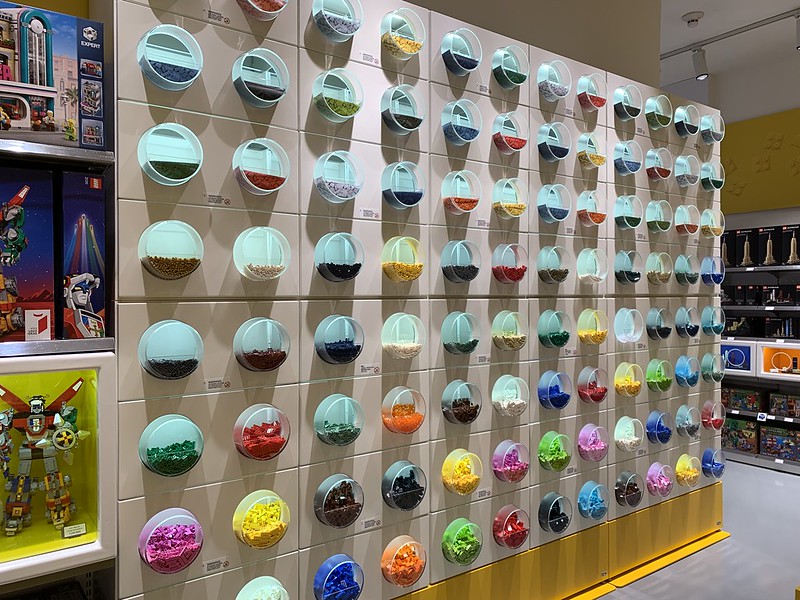 The wall is stacked with sixty tubes of different elements. The selection is current to the other PAB walls around South East Asia with some notable ones like the 1×1 pearl gold round stud, 1×1 green plate, ice cream element and 1×2 azure blue bricks. 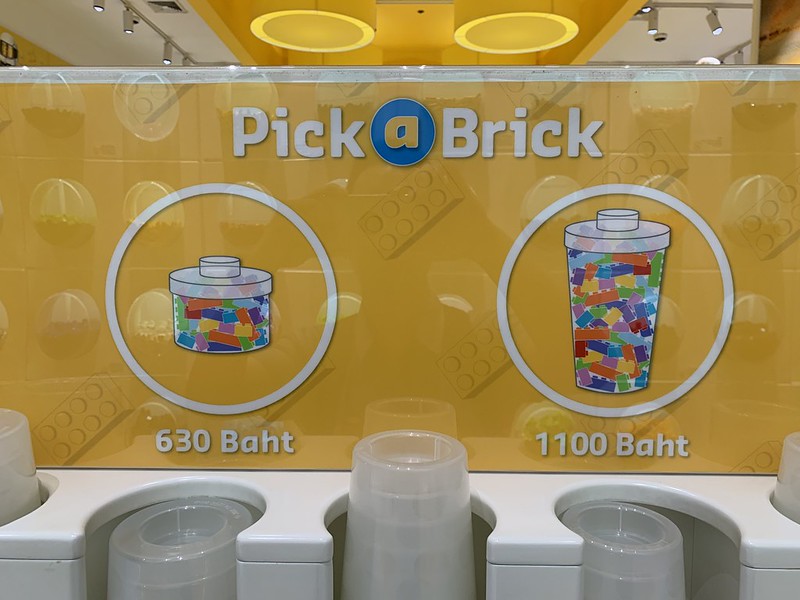 A large PAB tub in Singapore costs SGD$36.50 which means that in Thailand, the PAB costs approximately 30% more than what I would pay back home. 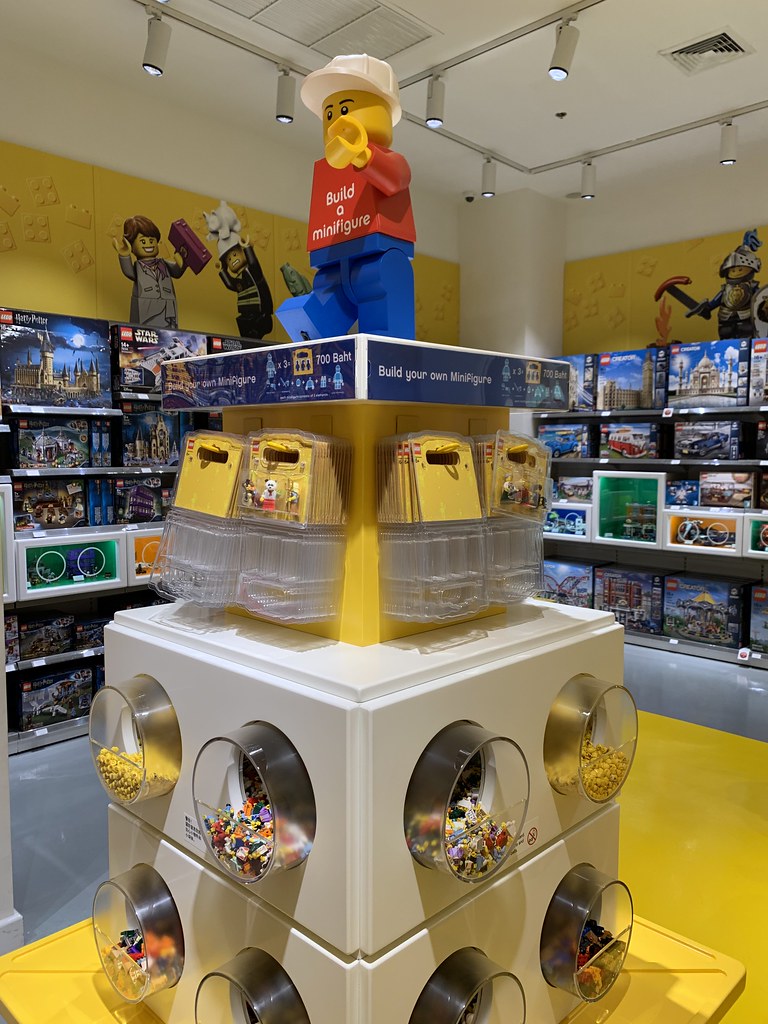 The BAM station is up to date and although it didn’t seem to have the seasonal halloween elements like the pumpkin head and witches torsos.

As with the price, a set of three customised minifigures costs 700THB which translate to SGD$31.63. That is double the price it would be in Singapore as each minifigure pack costs only SGD$14.90. 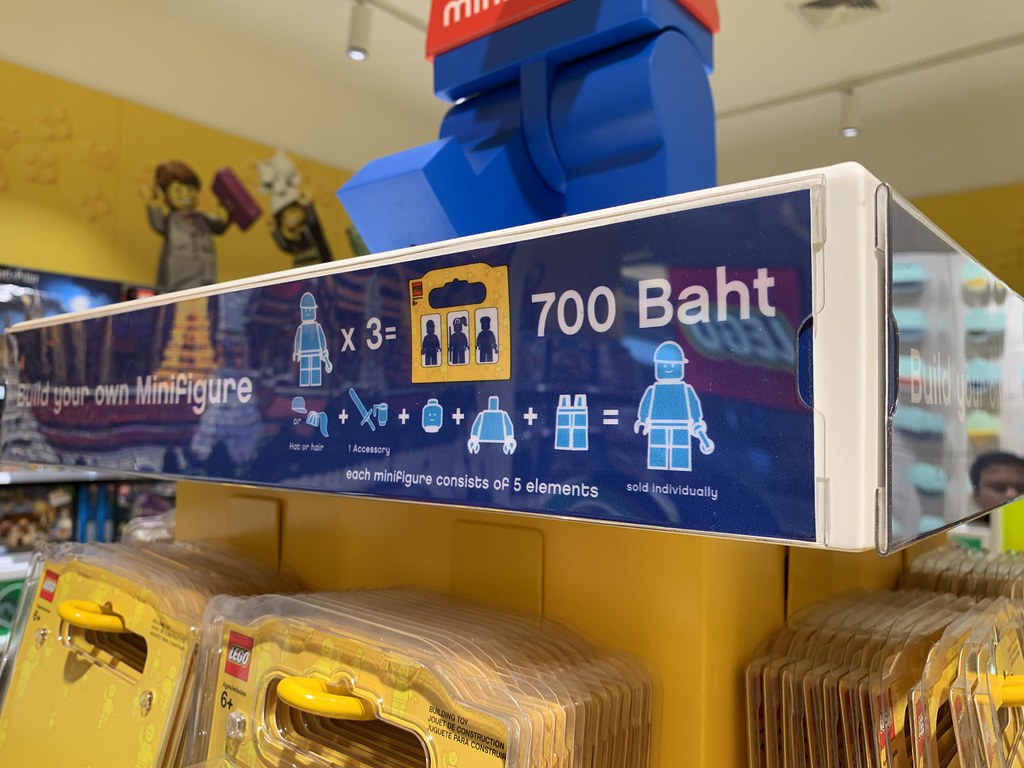 The available selection of sets are comparable to the other LEGO Certified Stores around the region. I managed to find the LEGO Spring Festival Dragon Dance (80102) set still on the shelf. 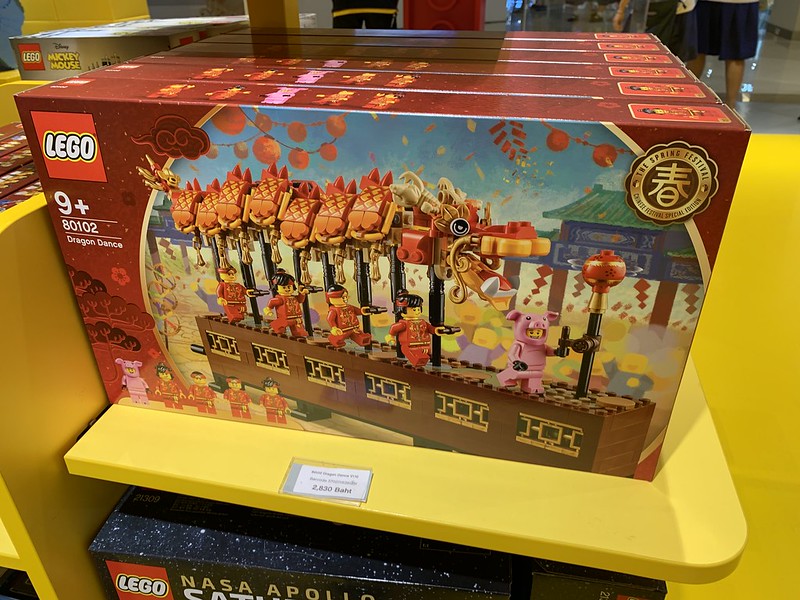 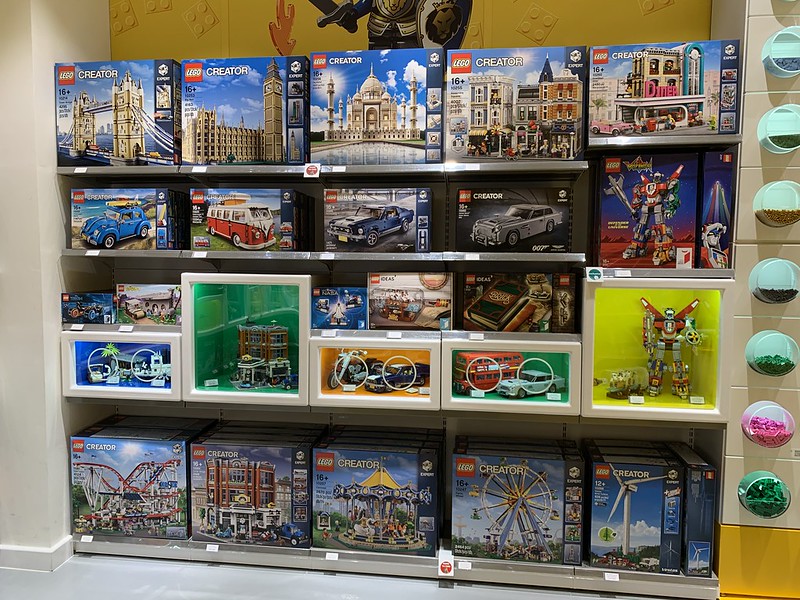 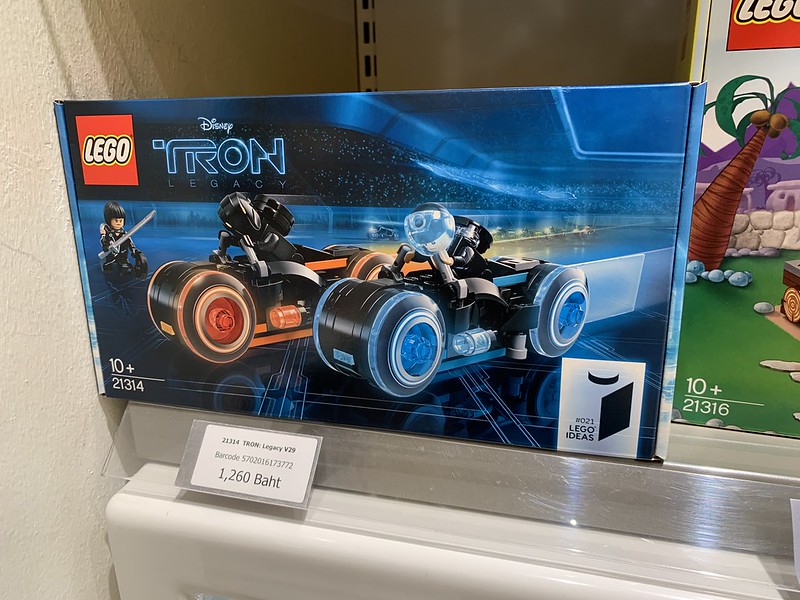 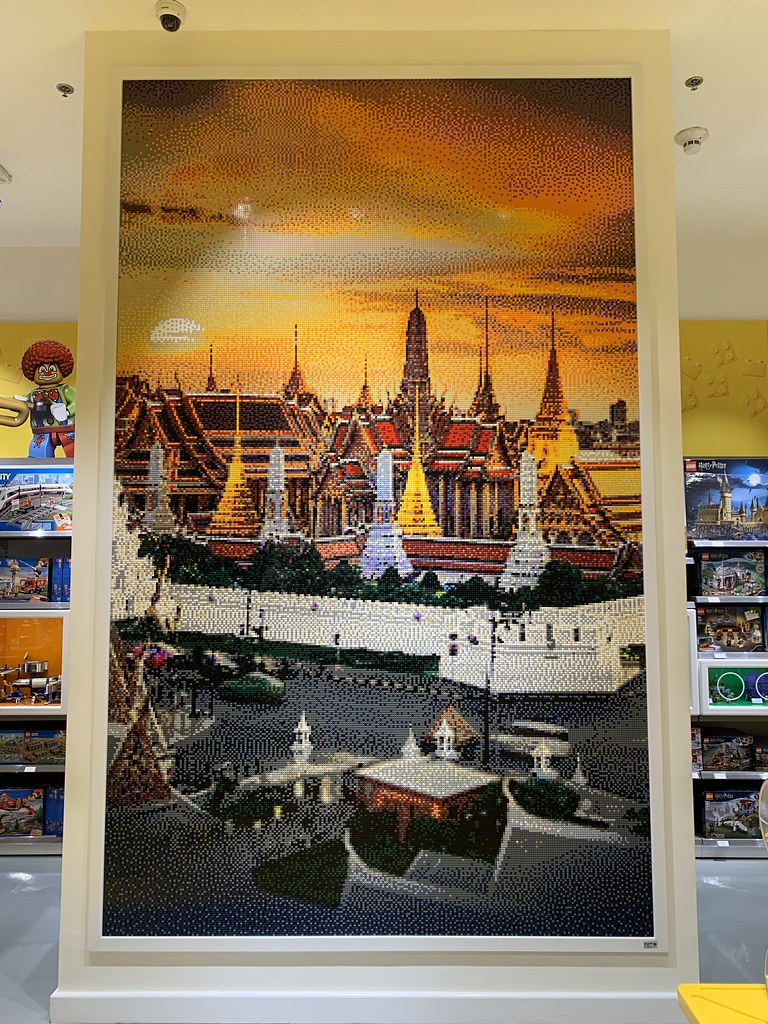 One of the features going for the Thai LEGO Certified Store is the luxury of space.

The store is pretty spacious and that allows it to house some cool LEGO art pieces like the mosaic of the Grand Palace and Wat Phra Kaew which was designed and built by Singapore’s LEGO Certified Professional Nicholas Foo. 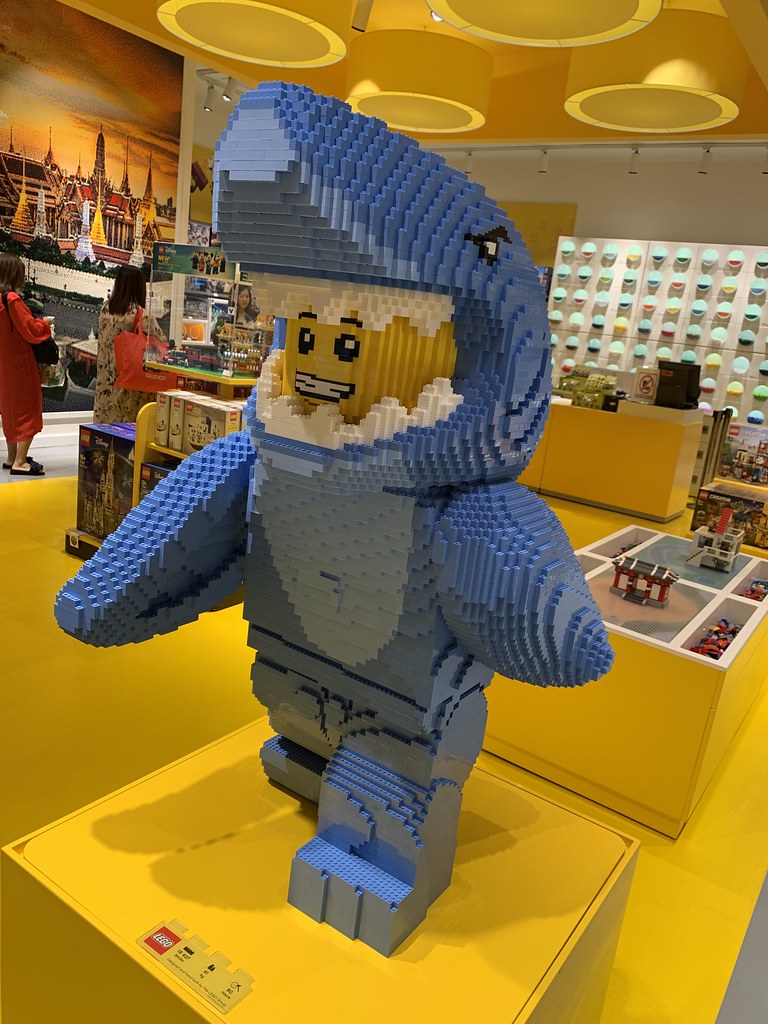 There is also a Brick Statue of the Shark Suit guy from Collectible Series 15 which consists of 18,000 bricks. These are some of the things that can be found in LEGO Brand Stores around the world and it is heartening to see that even though this is just a LEGO Certified Store, they did commission original art work to adorn the walls. 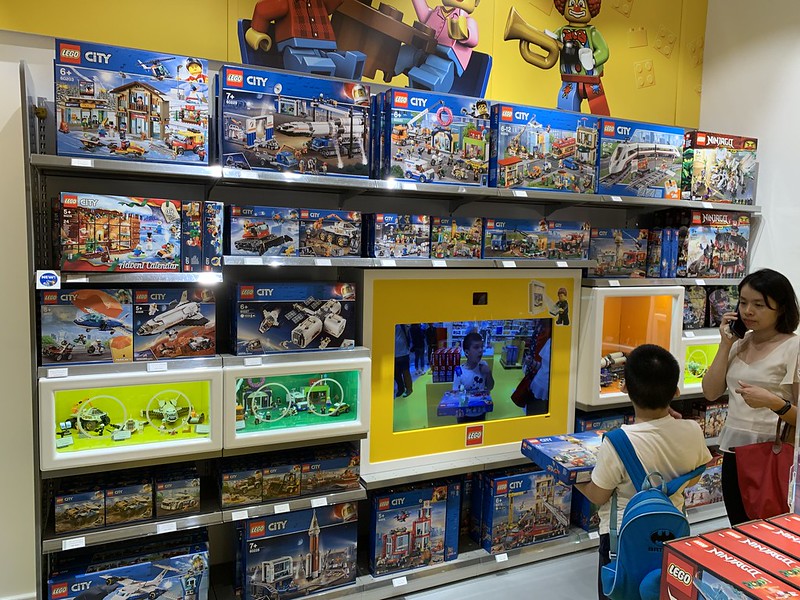 As mentioned earlier, there is a LEGO digital box scanner along with a LEGO play area for the kids to exercise their imagination and creativity. 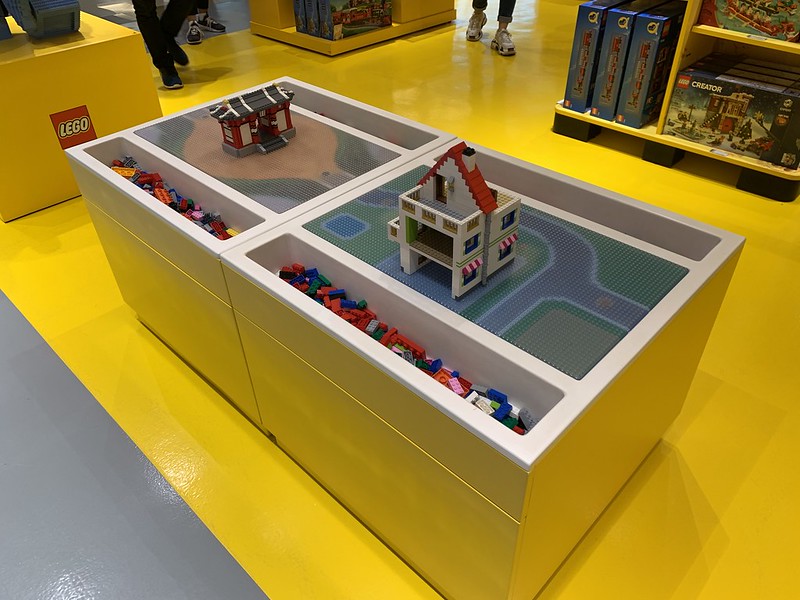 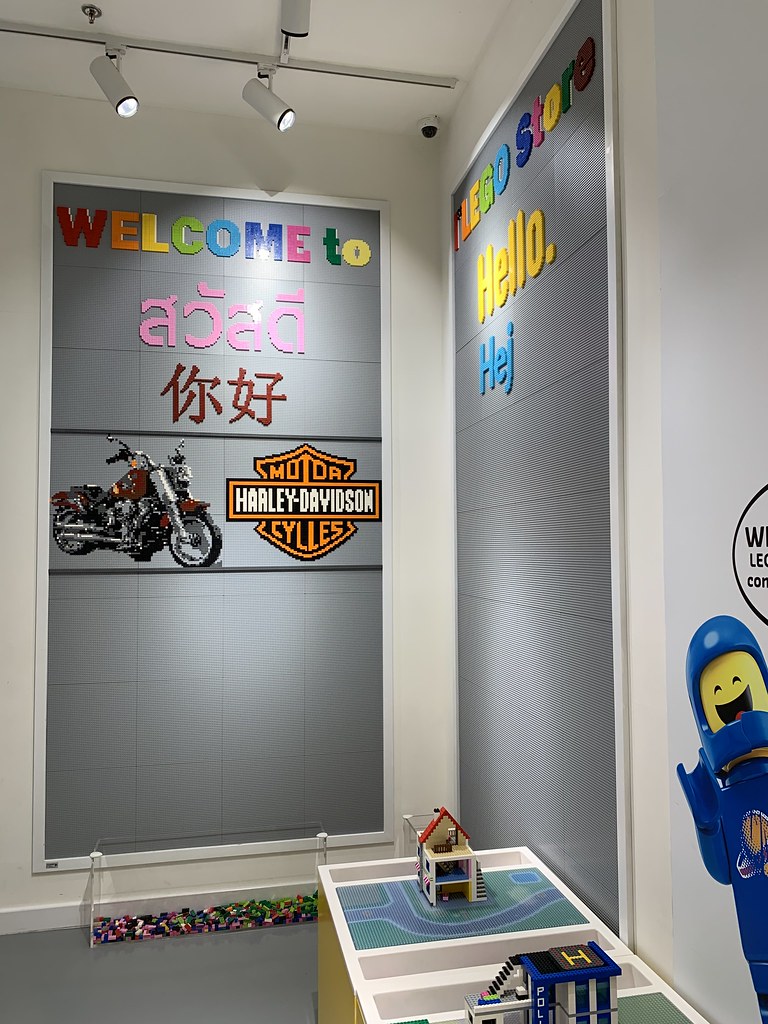 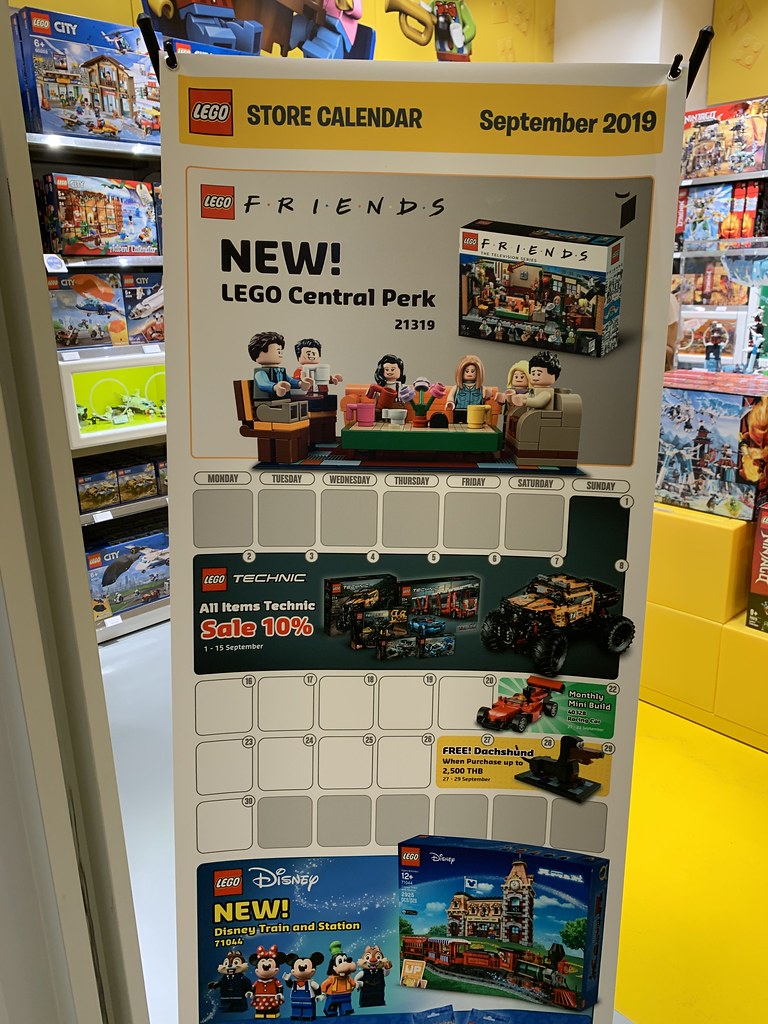 While the average LEGO fan in Thailand do pay a premium at the official LEGO Certified Store, there are some running promotions every month and some which are not listed on the store calendar out front. 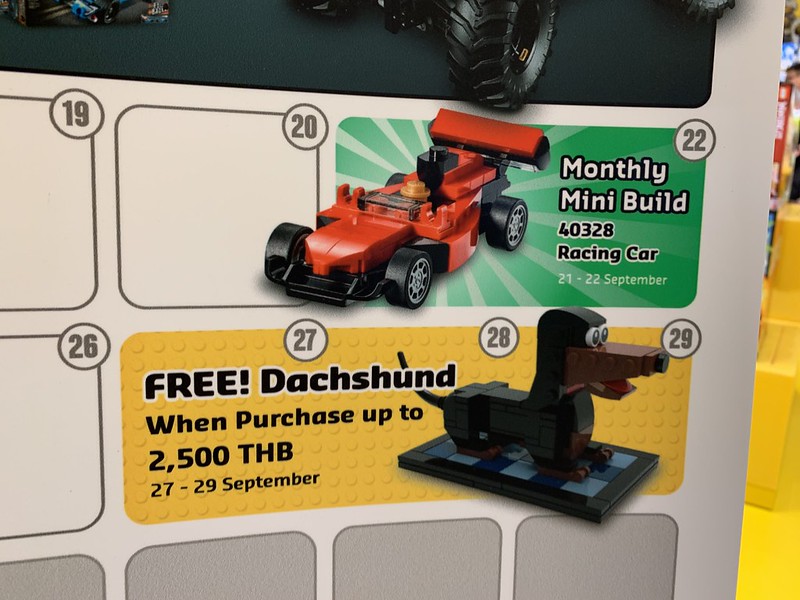 On the 27th to 29th September, you will receive a free LEGO Dachshund when you spend a minimum of 2,500THB (SGD$112.70). If you recall, this model was actually part of the Brick4Me gift with purchase promotion in South Korea. This would be the first time I’m seeing this promotion out of South Korea. 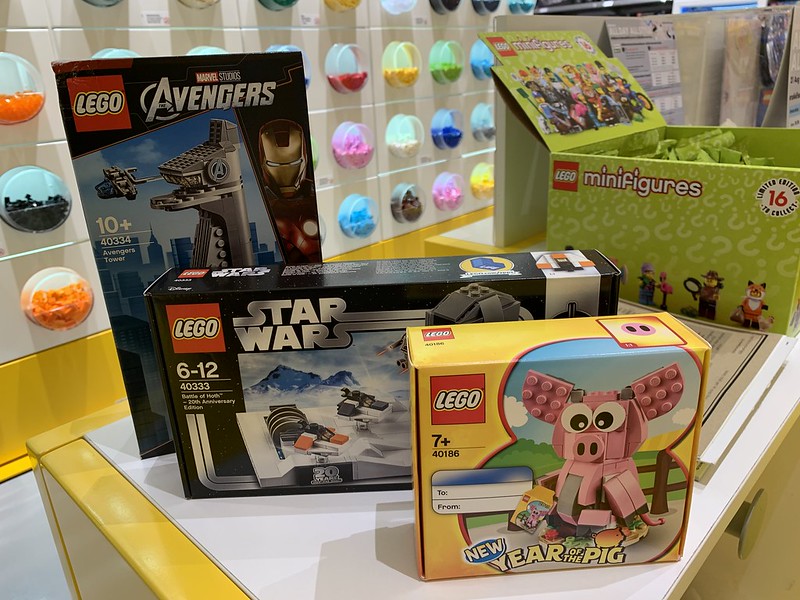 I noticed these other gift with purchases behind the counter and inquired about them and apparently they are still active promotions. 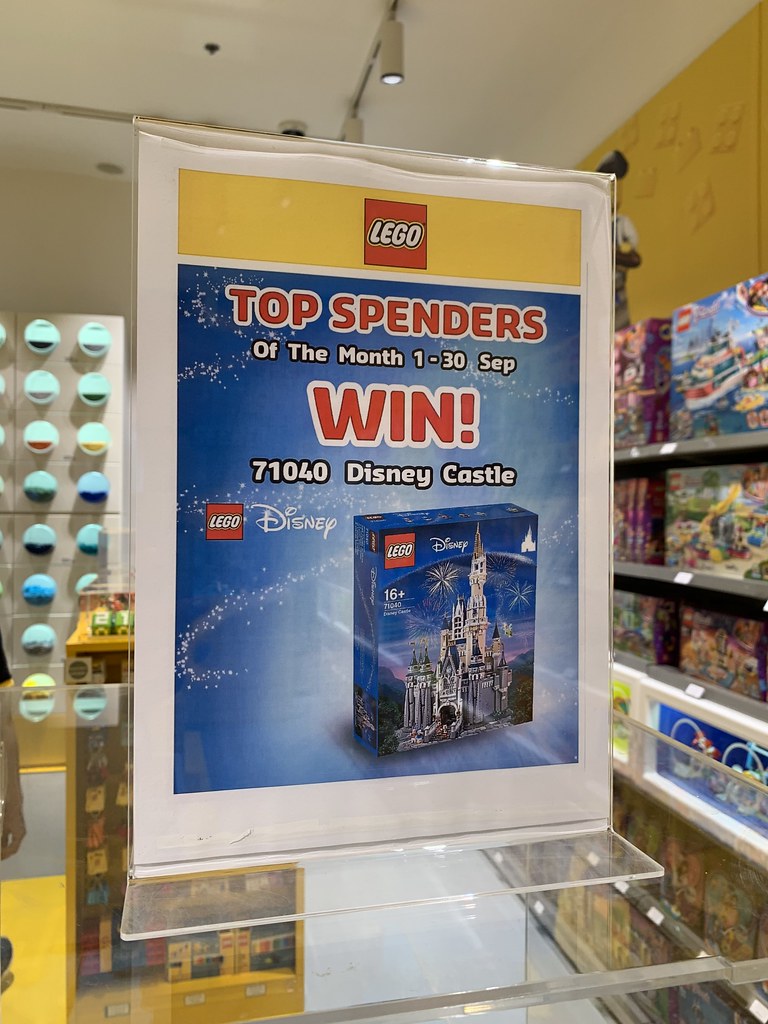 There is also a chance to win a LEGO Disney Castle (71040) if you are amongst the top spenders which is a pretty cool reward but if you’re already spending that much, you most likely would already have the set.

The store does exactly what you would expect when you’re entering a LEGO Certified Store, the staff are friendly and there was always one around to ask your questions. At one point I counted a total of six staff members on the floor.

I would recommend to check the place out if you’re passing through as the mosaic is a sight to behold, just don’t expect to find any notable deals here as the prices are a lot higher than Singapore. 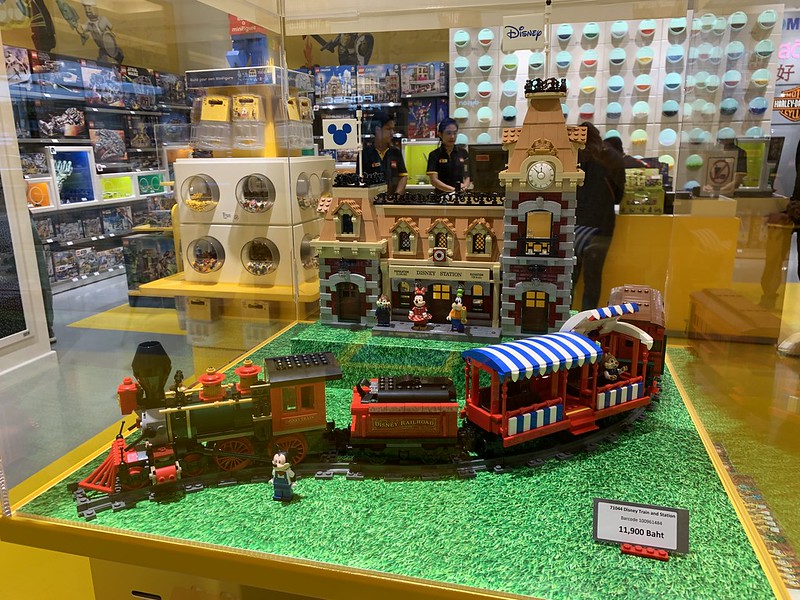 PreviousToys 'R' Us Exclusive LEGO Bricktober 2019 First Look!
NextPower Up Your LEGO Mindstorms With Amazon's Alexa and Stand To Win $20,000!