I was definitely intrigued when I first discovered that the LEGO Peach Flower Pot would be part of the Lunar New Year promotion as a gift with purchase.

This is probably one of the more intricate builds that I’ve encountered in regards to gift with purchases as they normally tend to be rather straight forward in terms of design and complexity. 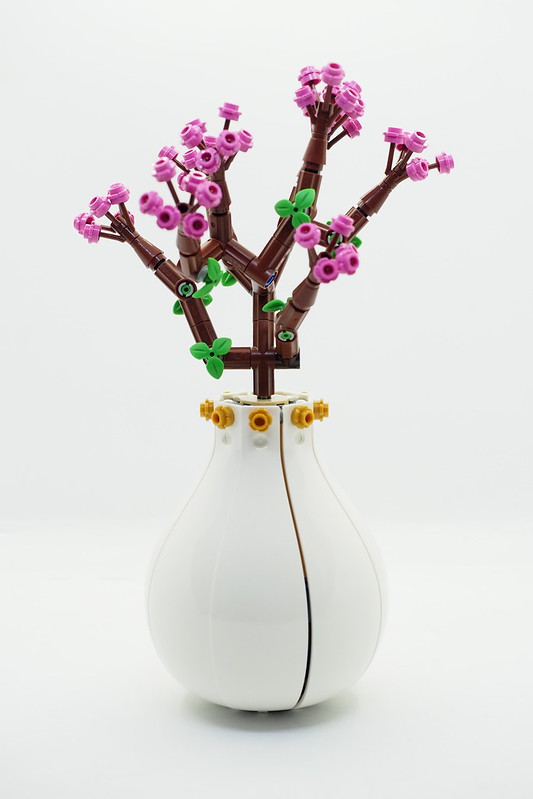 The 155 elements comes with folded instructions that fit snugly in the zip-loc bag which is not much packaging to speak of but this is a gift with purchase so one could hardly complain. 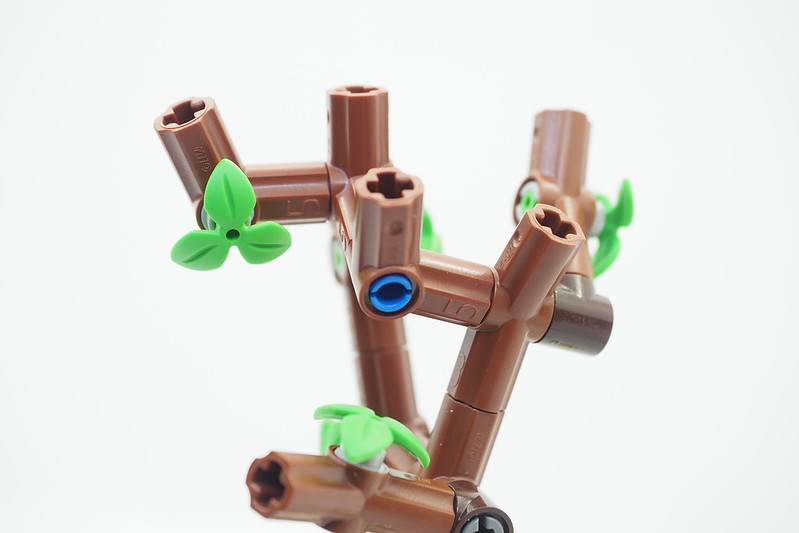 Right of the bat I could tell that this might prove a little difficult for some intermediate builders as there are a lot of similar looking elements in the same colour.

Take for example the technic axle and pin connectors in reddish brown. You have two types, one angled at 90° and another at 135° which are easy to identify when they are physically next to each other but the difficulty increases tremendously when you have to decipher them as printed instructions.

I definitely had a bit of a challenge trying to follow the instructions and figuring out the orientation of the branches but thankfully the build is meant to mimic the organic nature of plants so it won’t look too out of place if you misplace an axle or two. 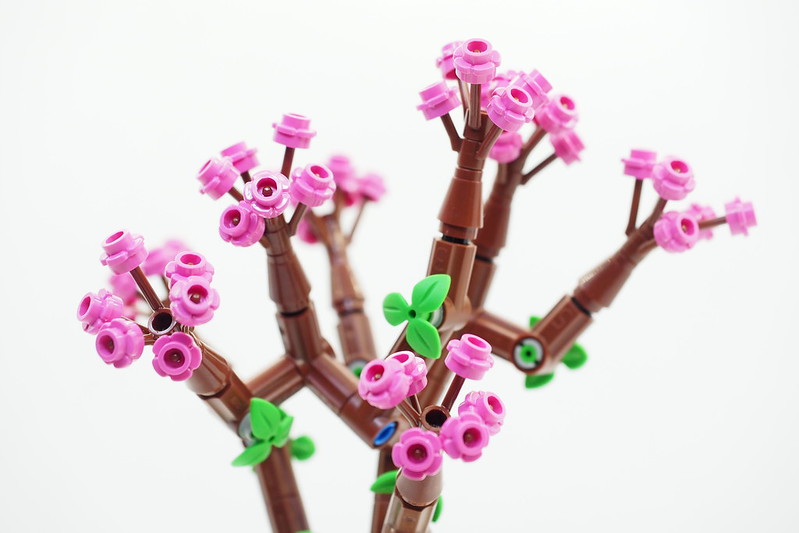 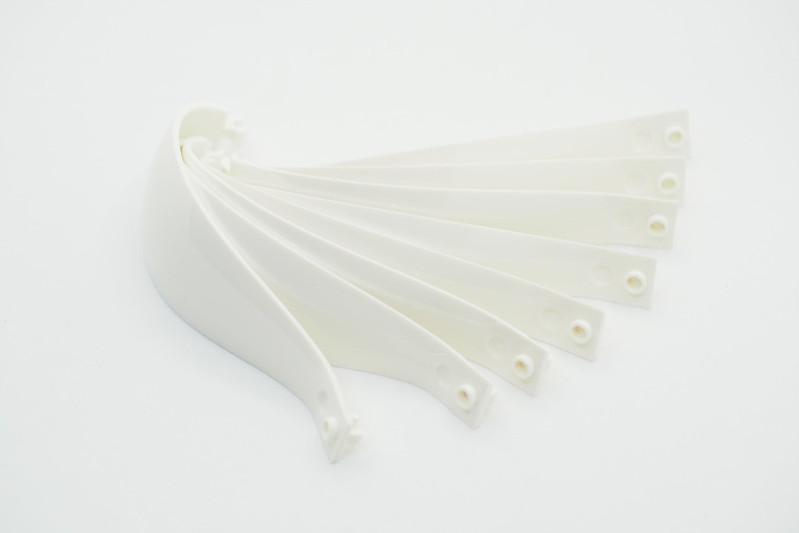 The set does not skimp on the parts as LEGO provides you with quite a choice selection of elements ranging from the flower studs to the curved balloon piece. 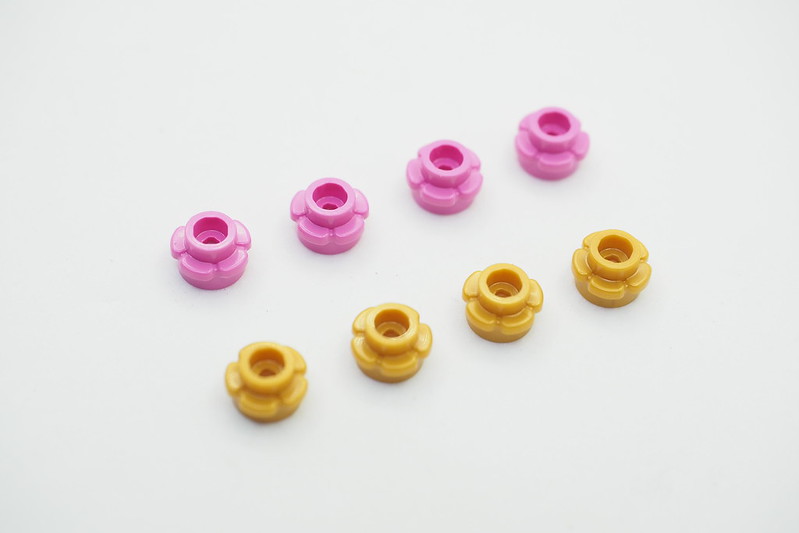 There are a total of 48 flower studs (plus a bit more in case you lose some) in pink and 8 in pearl gold. 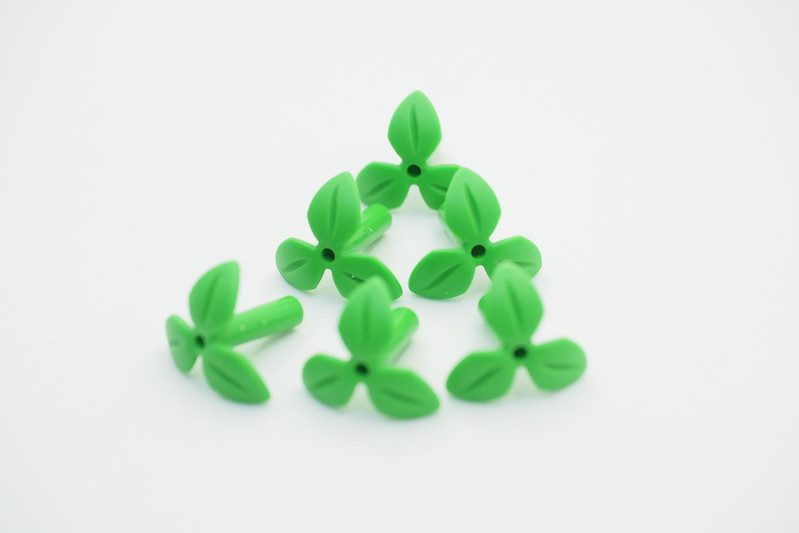 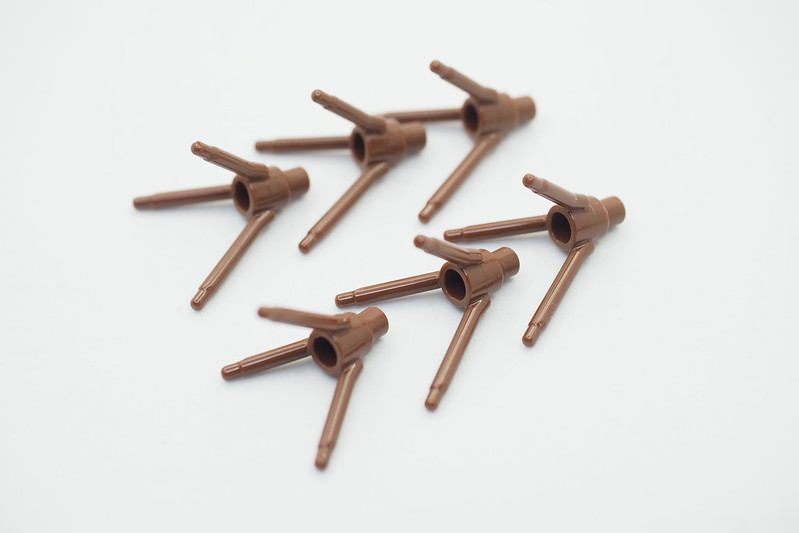 You also get seven plant stems and eight of the curved decorative shell in white which I feel elevates this set’s value even further. 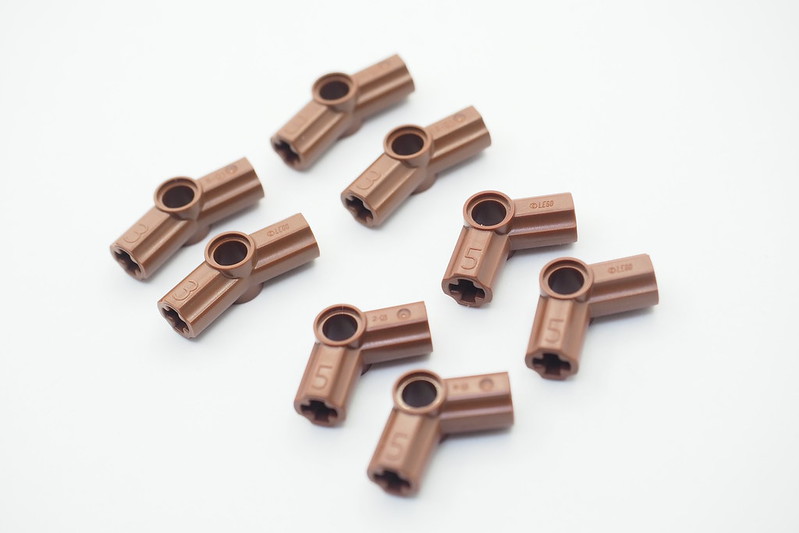 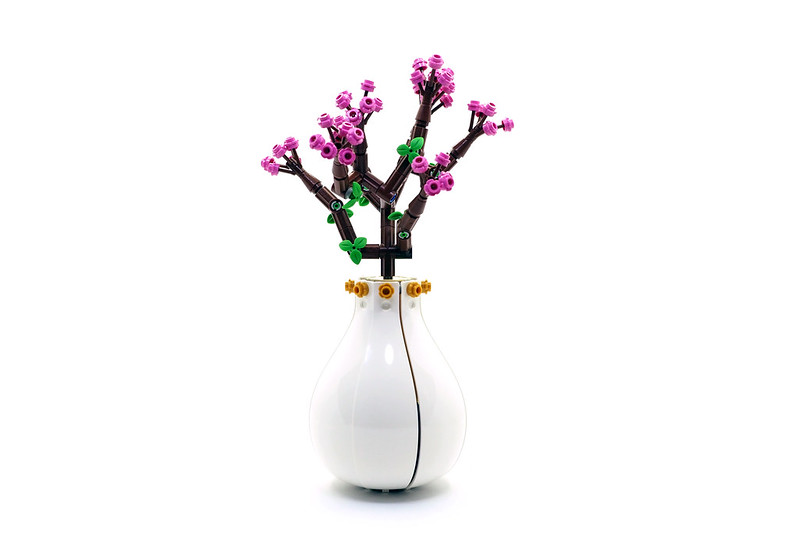 The LEGO Peach Flower Pot was designed by Senior LEGO Designer, John Ho. You might remember works like the LEGO Creator 3-in-1 Robot (31062) and the LEGO Star Wars Darth Vader buildable figure (75111).

And he does an amazing job with this one by crafting a gorgeous centrepiece just in time for the Lunar New Year. This would be the first time I’m encountering the curved decorative shell (id 18969) used as a vase. 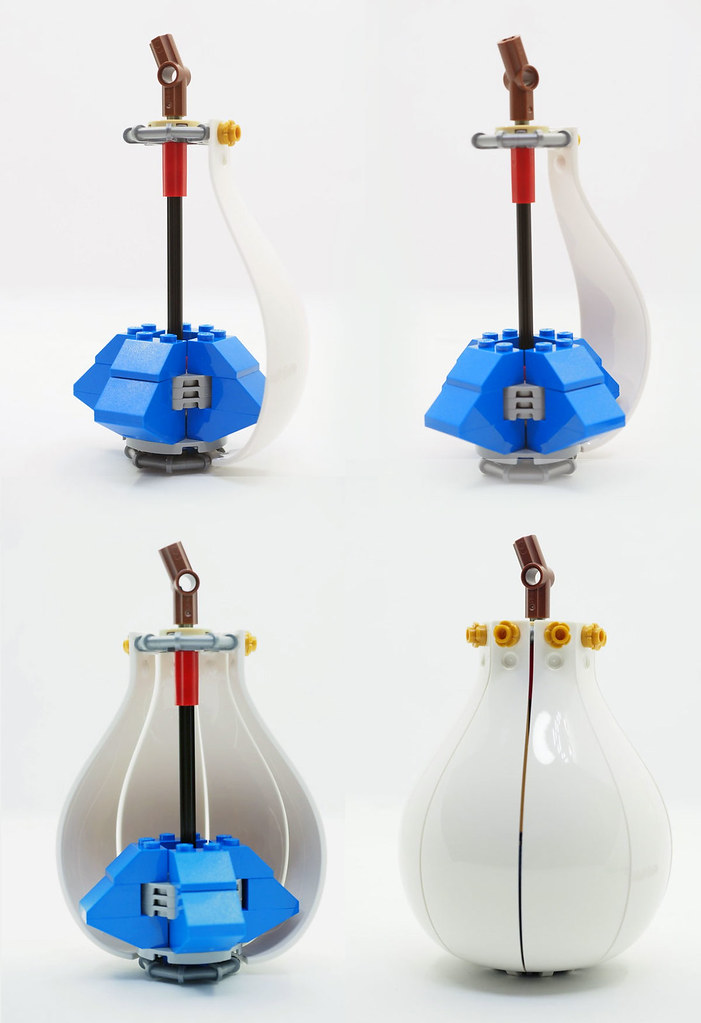 The web of reddish brown technic axles create an organic look to the branches and stems. Some of these build techniques have appeared in AFOL creations before and it is heartening to see that LEGO does embrace new construction methods. 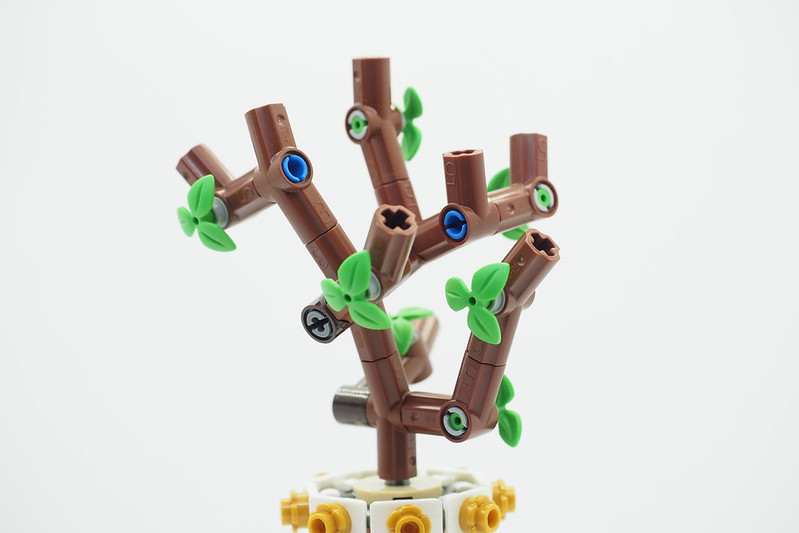