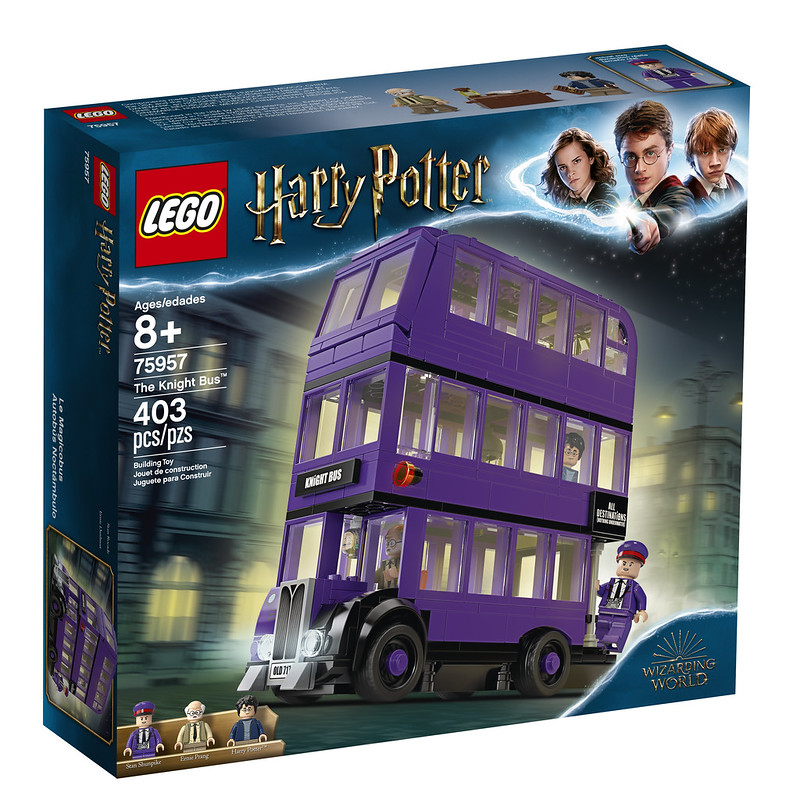 There is only one box image but it does give us a good look at the set itself with the three minifigures: Harry Potter, Stan Shunpike and Ernie Prang.

It’s a nice update to the previous iteration with the purple window frames and new elements introduced since the debut of LEGO Harry Potter The Knight Bus (4866) in 2011.

Based on Harry Potter and the Prisoner of Azkaban™

Includes a three-storey Knight Bus, which opens out and includes a sliding bed