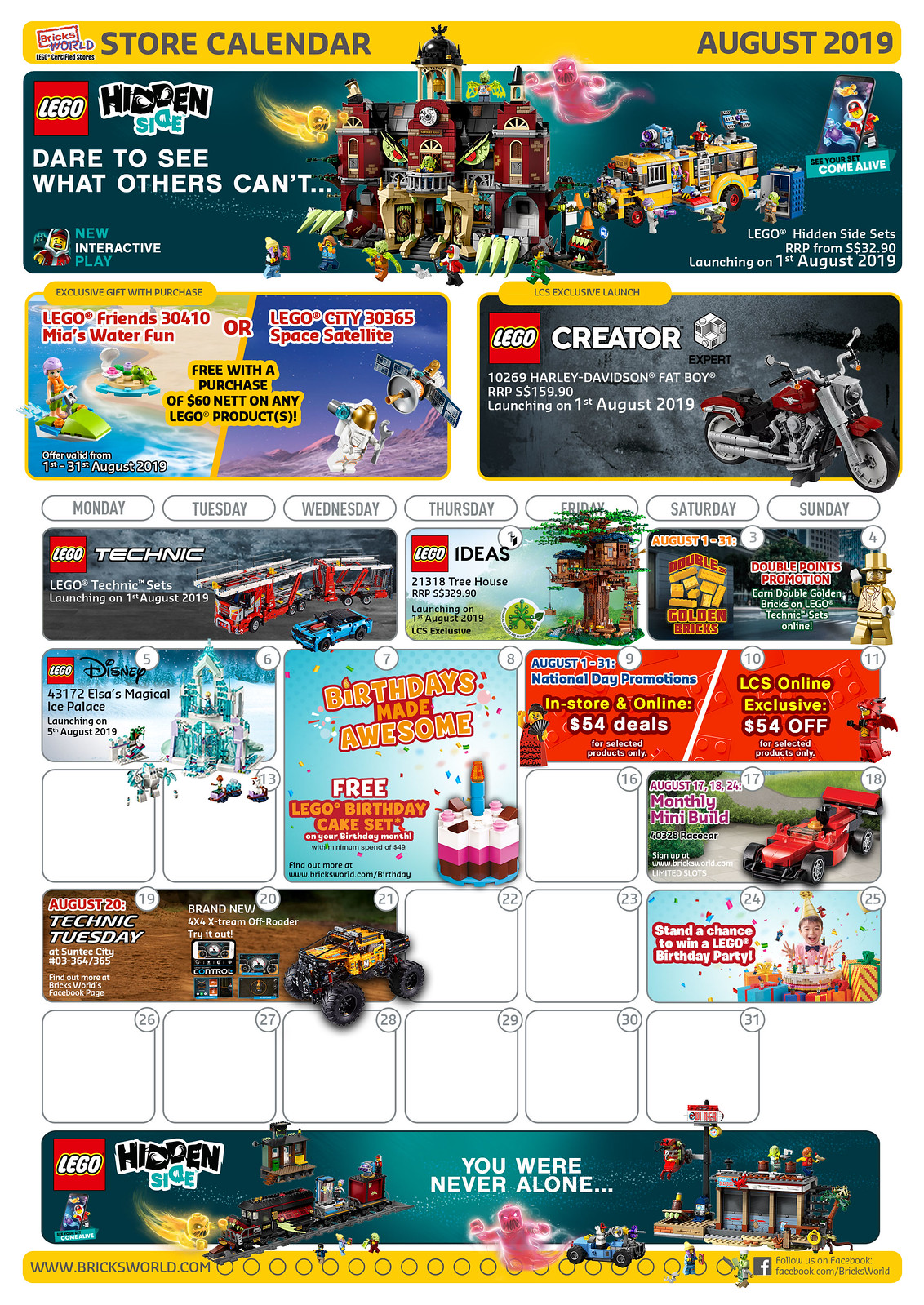 Bricksworld LEGO Certified Stores has just released their monthly calendar and August is jammed packed with a tonne of new releases with new themes like LEGO Hidden Side making their debut along with new sets from LEGO Ideas, LEGO Creator and LEGO technic.

August: Free LEGO Birthday Cake set on your birthday month! With a minimum spend of SGD$49. 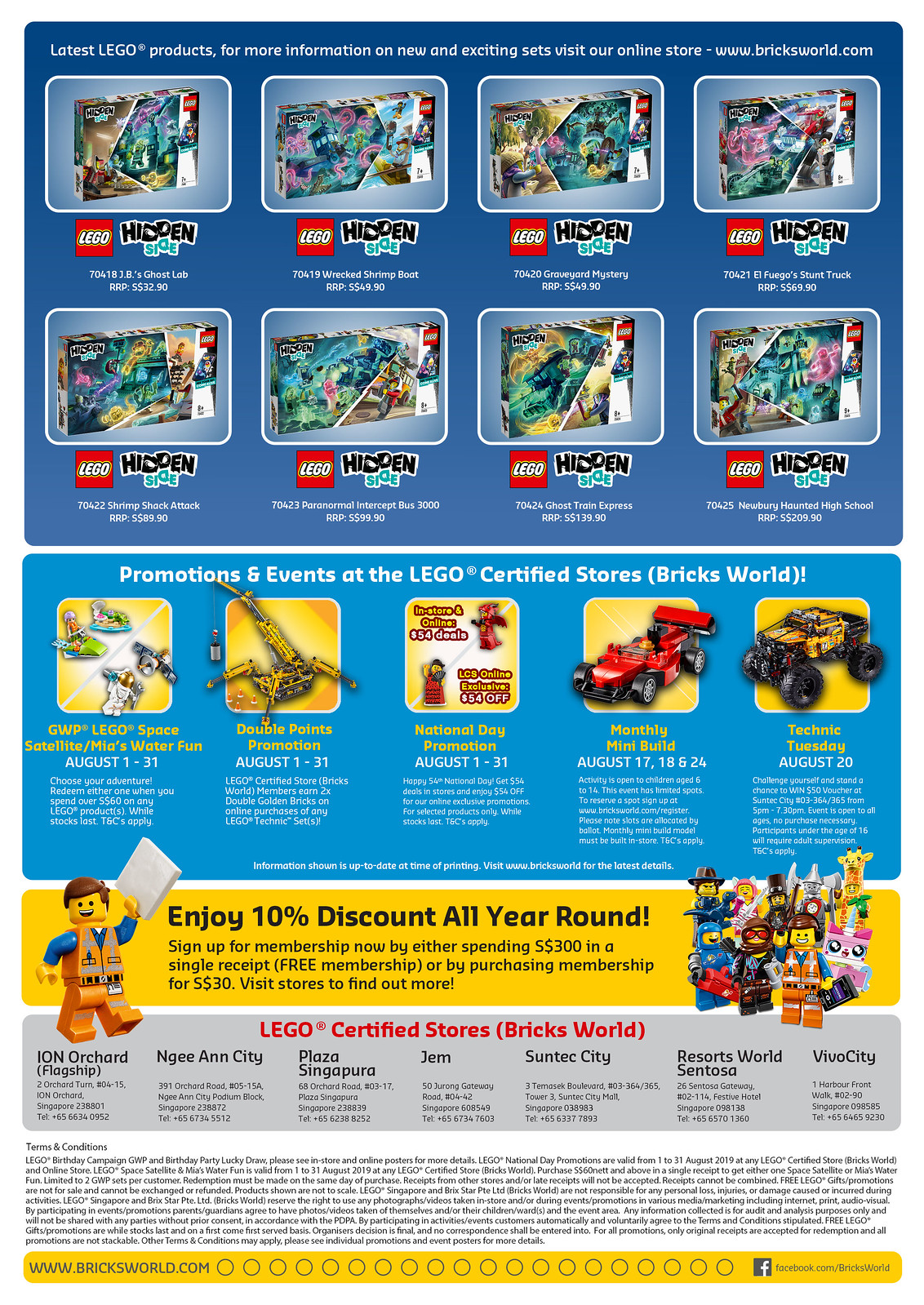 I’m pretty stoked with the upcoming LEGO Hidden Side not just because of the augmented reality app that is available but just for the sets themselves. They totally are rocking the LEGO Monster Hunters vibe and the sets actually transform!