It is the second week of the Bricktober promotion here in Singapore and I managed to get my hands on the Toys ‘R’ Us LEGO Bricktober Summer 2019 set!

The set is available when you spend a minimum of SGD$65 on regular priced LEGO sets at any Toys ‘R’ Us outlet. 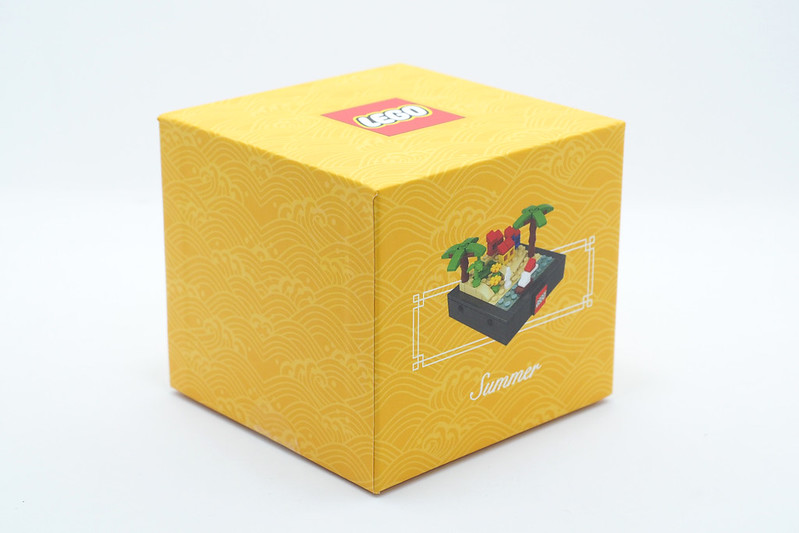 The packaging is exactly the same as the Toys ‘R’ Us LEGO Bricktober Spring 2019 which also has this gorgeous wave motif just that it is now awash in yellow instead of pink. 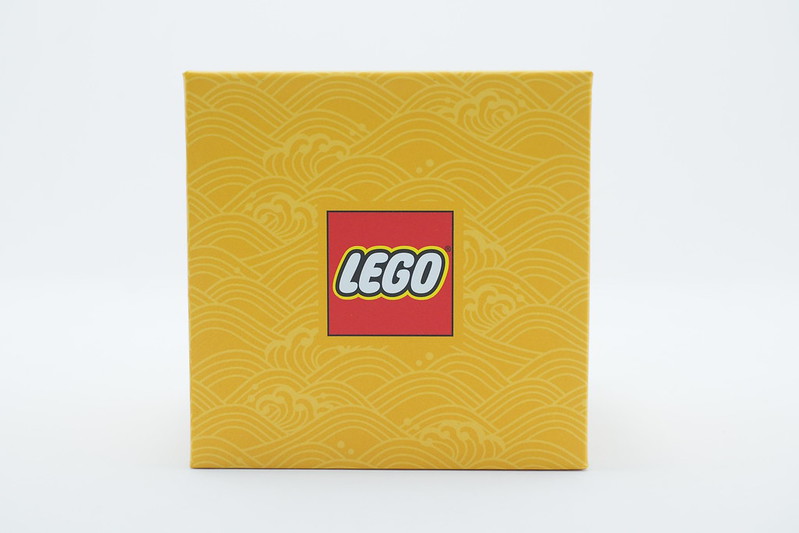 The telescope box reveals a black cardboard envelope and the pieces are hidden in the recess beneath. 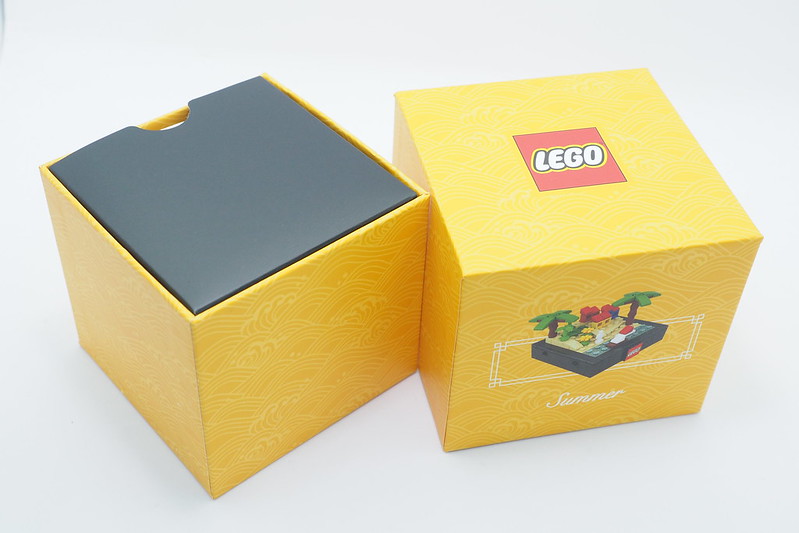 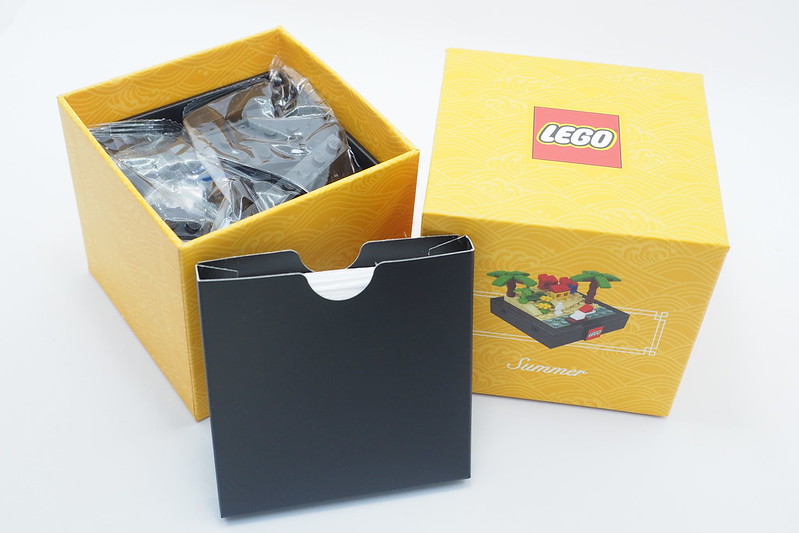 There are a total of 77 pieces that are split into two unnumbered bags. 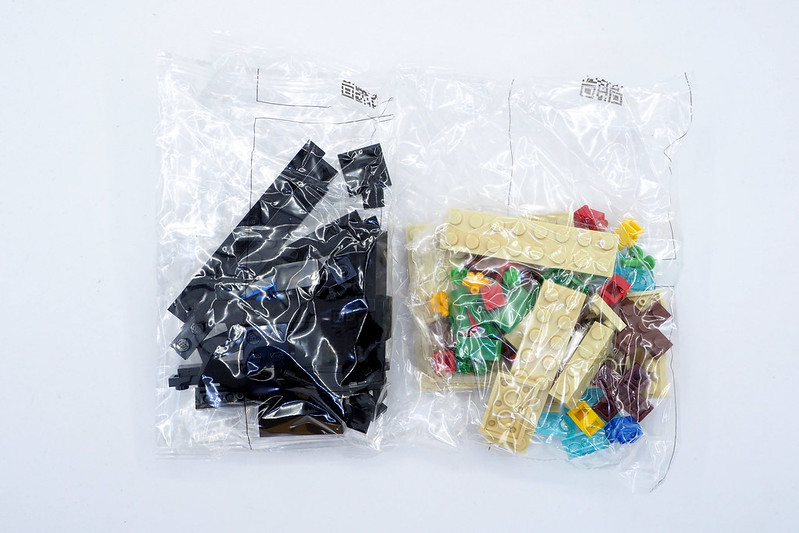 Two instruction sheets, one for the black base and another for the island build can be found tucked in the black cardboard envelope. 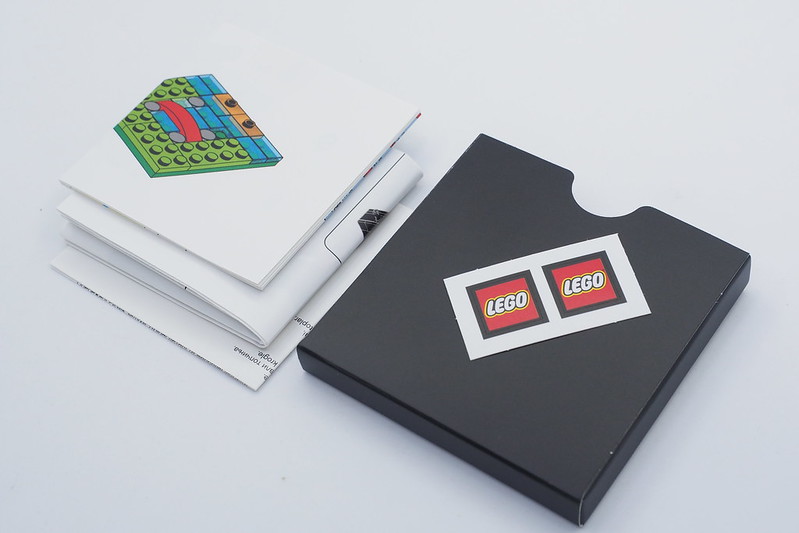 As I have mentioned in the review for the Toys ‘R’ Us LEGO Bricktober Spring 2019, the 2×2 tile with the LEGO logo on the black base is actually a sticker. 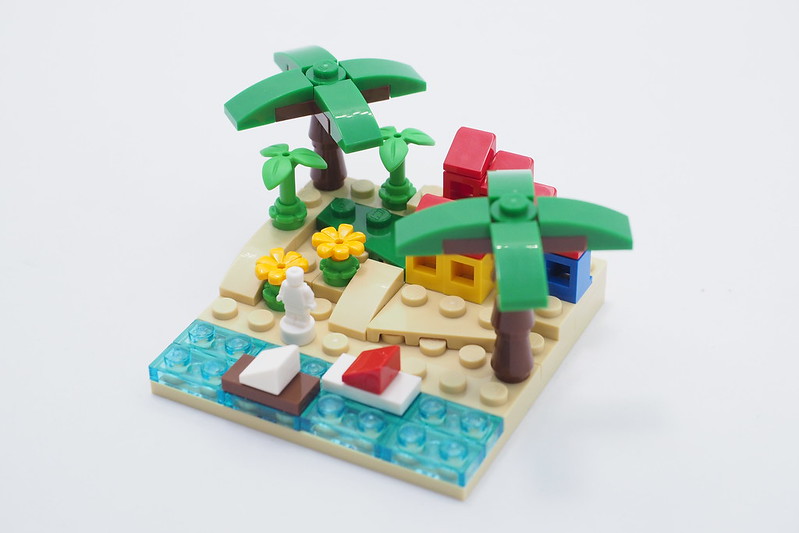 The build is a 8×8 micro scale diorama that features a quaint fishing village adorned with large trees and multi coloured huts.

It makes use of some of the newer elements like the 3 leaves plant stem and the 1×1 flower stud. 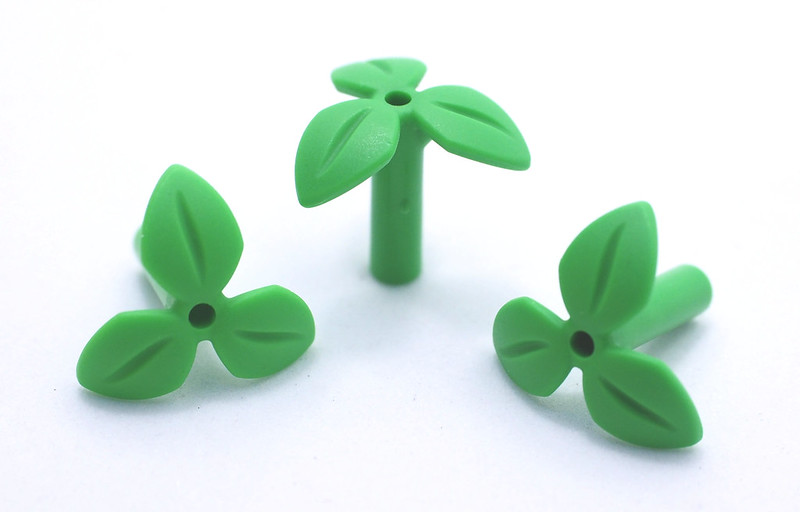 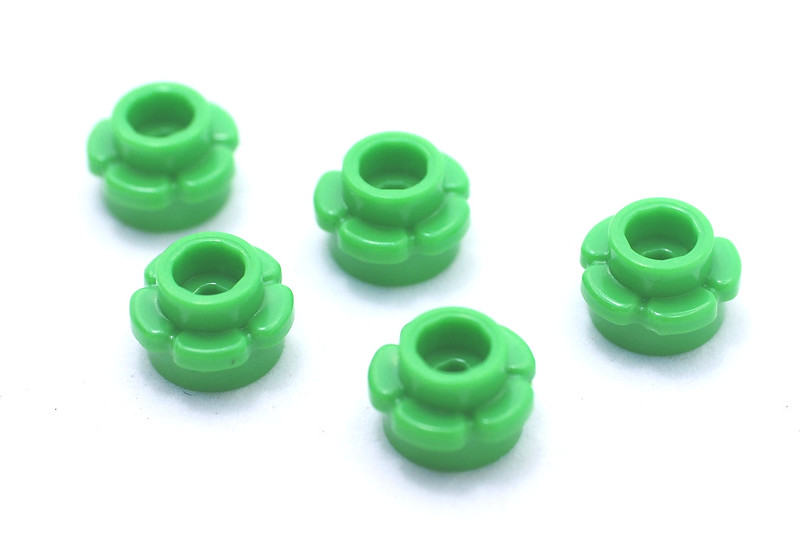 The build is your regular studs up type with no advance techniques utilised. 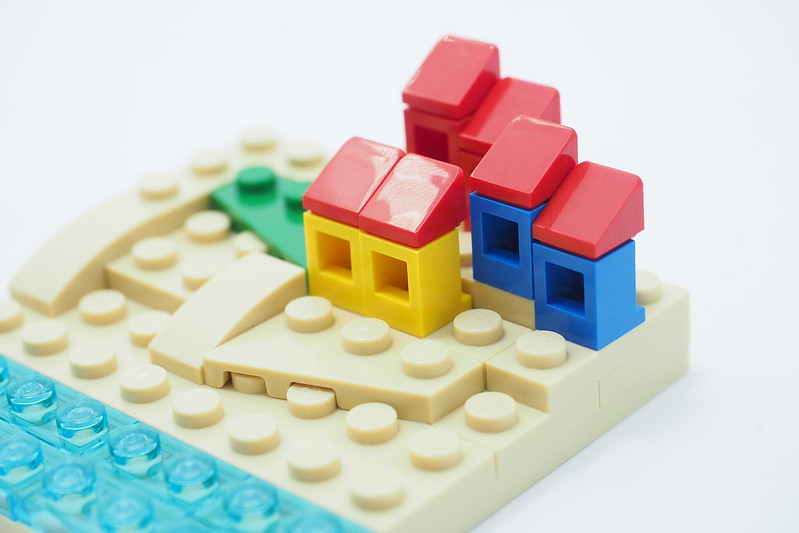 As with the first Bricktober, there are two parts to this build. There is the black base with the 1×1 technic bricks with hole to connect to the other Bricktobers, and there is the diorama itself. 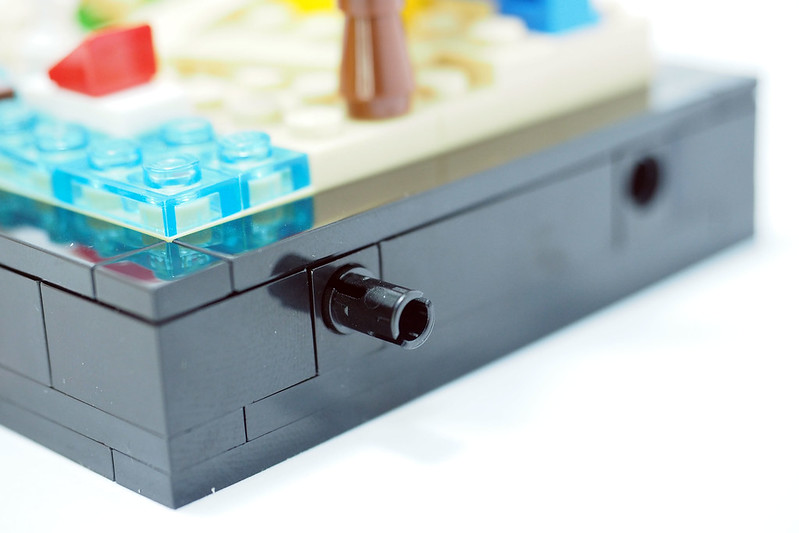 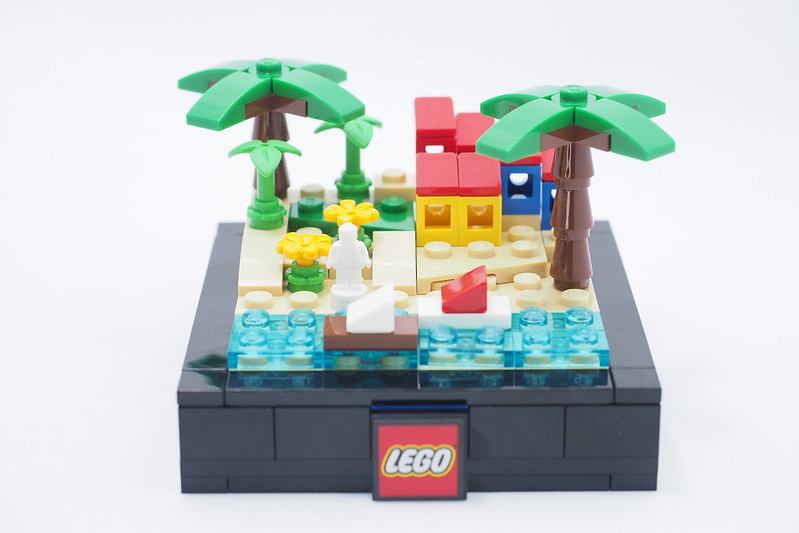 Micro Scale dioramas are challenging to design as the size limits the canvas that you are able to build on.

I really like what they did with the huts as they are essentially 1×1 headlight bricks wth a cheese slope on top for the slanted roof. 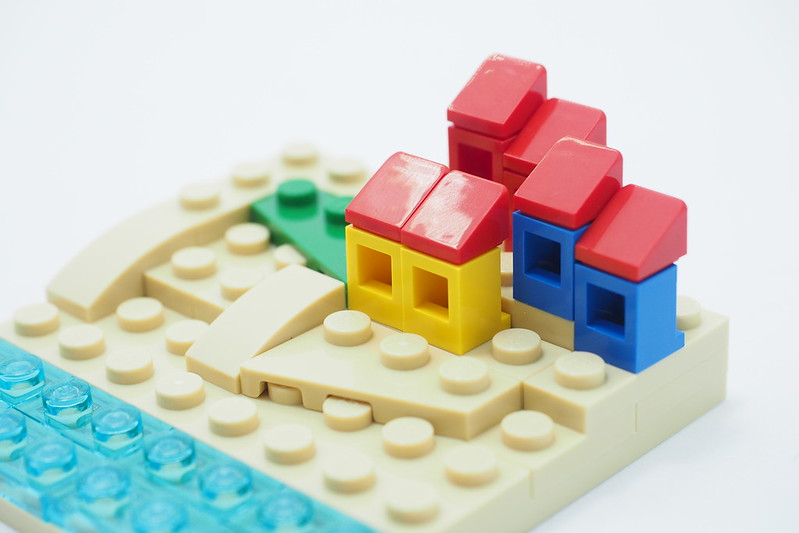 That same triangular cheese slope is utilised as the sail for the fishing boats off the coast as well. This is a great example of how the same LEGO element can be used to represent different things. 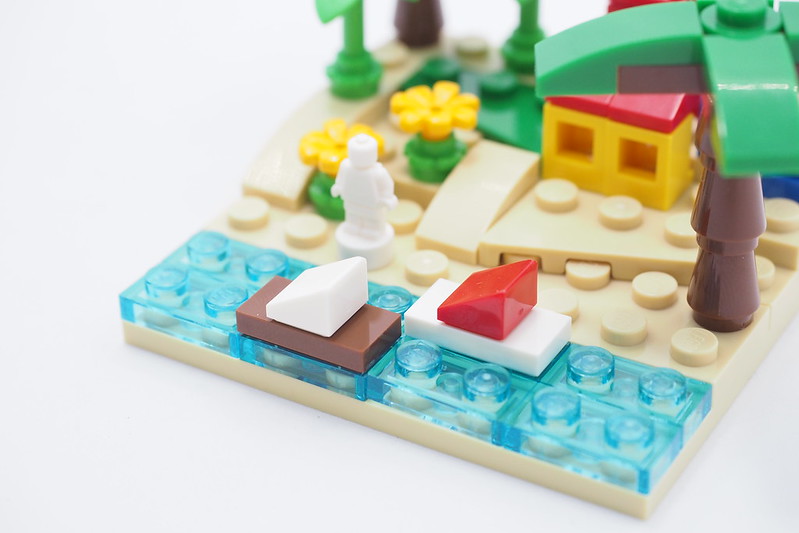 I’m sure that each Bricktober set is based on a country like how Spring is based on Japan and Winter is South Korea. Summer could easily be Singapore or Malaysia as both are coastal settlements with a rich straits history. 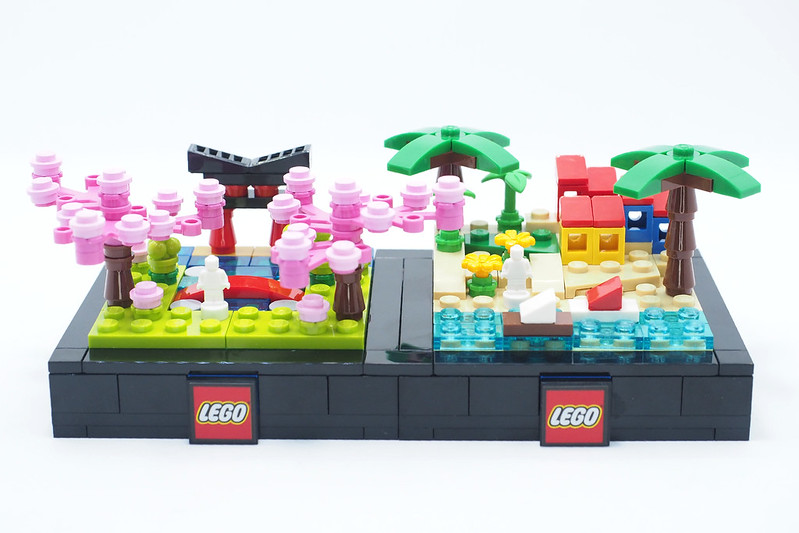 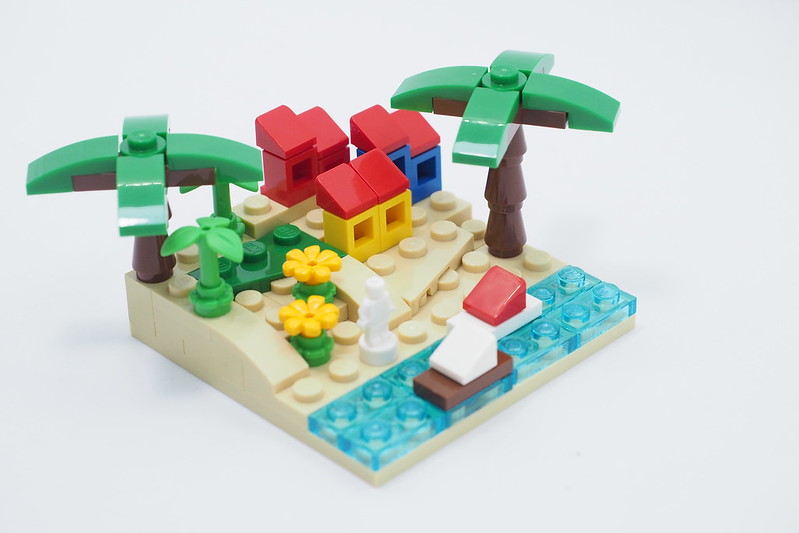 This portion is pretty much exactly what I wrote for the Bricktober Spring review so I’ll just quote it here.

There really isn’t a price to attach to this as it is a gift with purchase (GWP) with every SGD$65 spent on non-discounted LEGO sets.

Another lovely  micro-scale diorama that is really pretty to look at and would make a nice table display.