I was pleasantly surprised with this year’s offerings of the year end seasonal gift with purchase when they were first revealed.

The LEGO Seasonal Mini Gingerbread House (40337) gave us our first ever micro scale model of an existing Winter Village set and now this LEGO Seasonal Christmas Tree (40338) offers us an updated version of the classic LEGO Christmas tree. 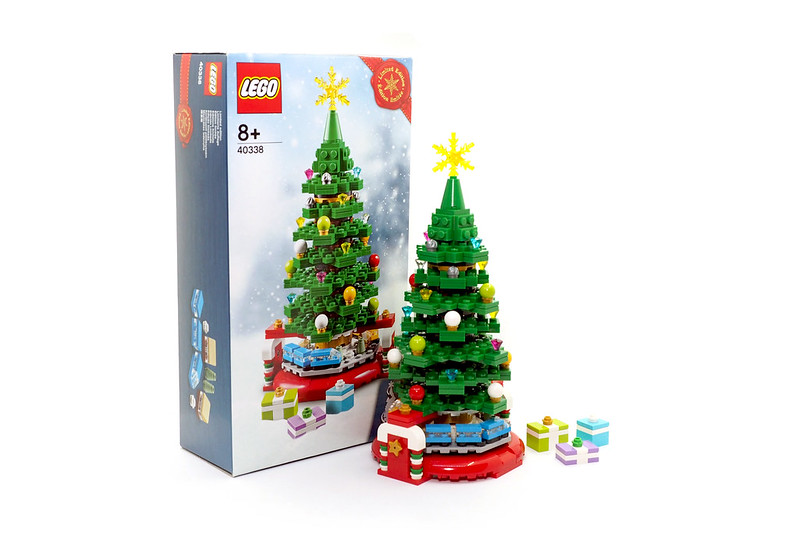 The packaging is one of the tallest I’ve encountered for the LEGO Seasonal line which holds two numbered bags that contain the 391 elements that make up this year’s rendition of the Christmas tree. 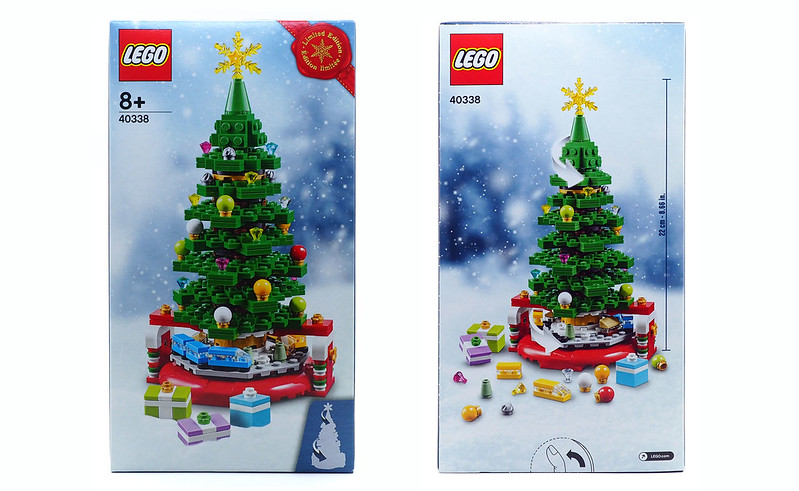 Also tucked away in the box is a single instruction booklet. There is no sticker sheet unlike the LEGO Mini Gingerbread House (40337) which would make it easier to replicate this build (if you missed out on the promotion). 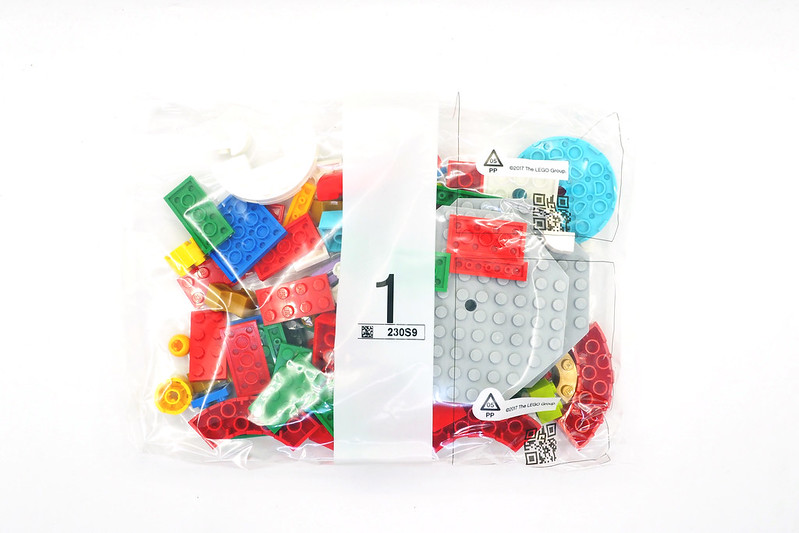 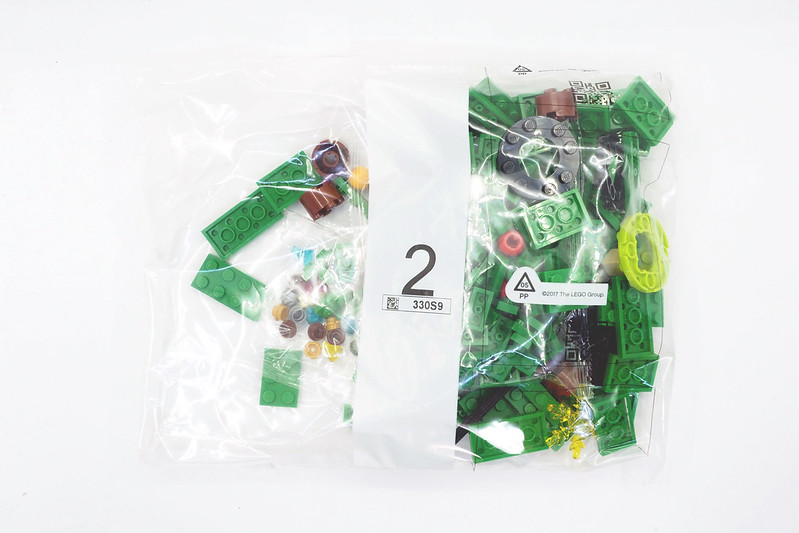 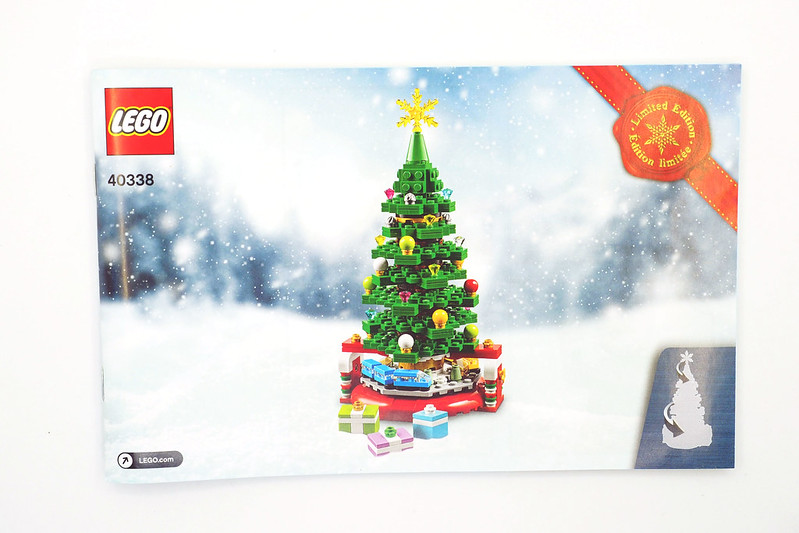 The majority of the build relies on a lot of green elements so for an easier building experience, I would recommend sorting out the different elements before starting.

The build is split between the base and the actual tree portion which helps in understanding the way the model is designed. 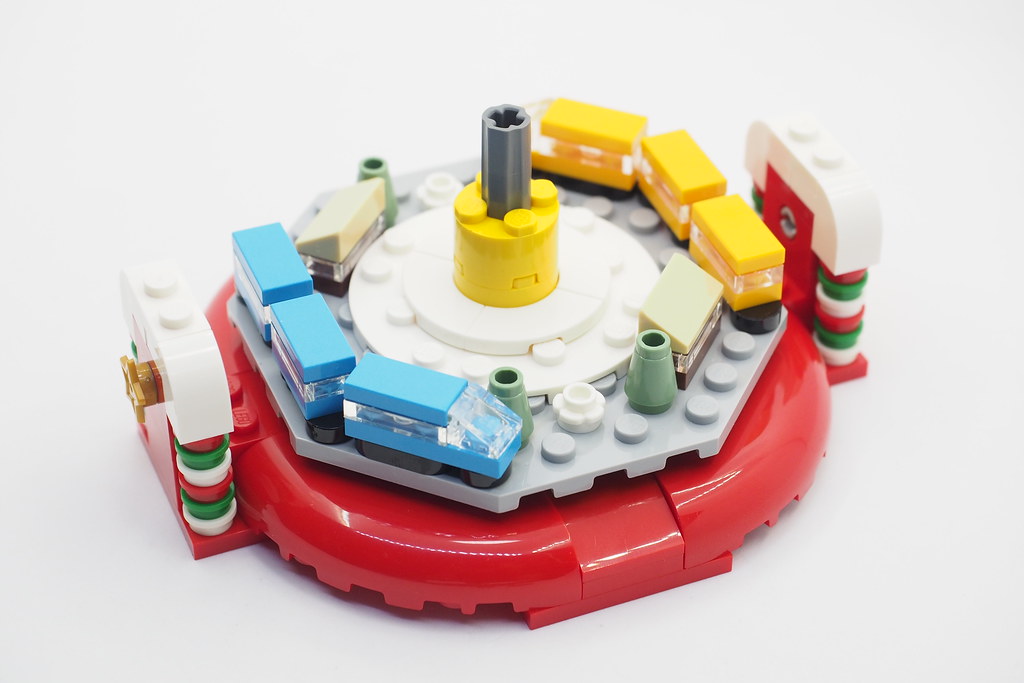 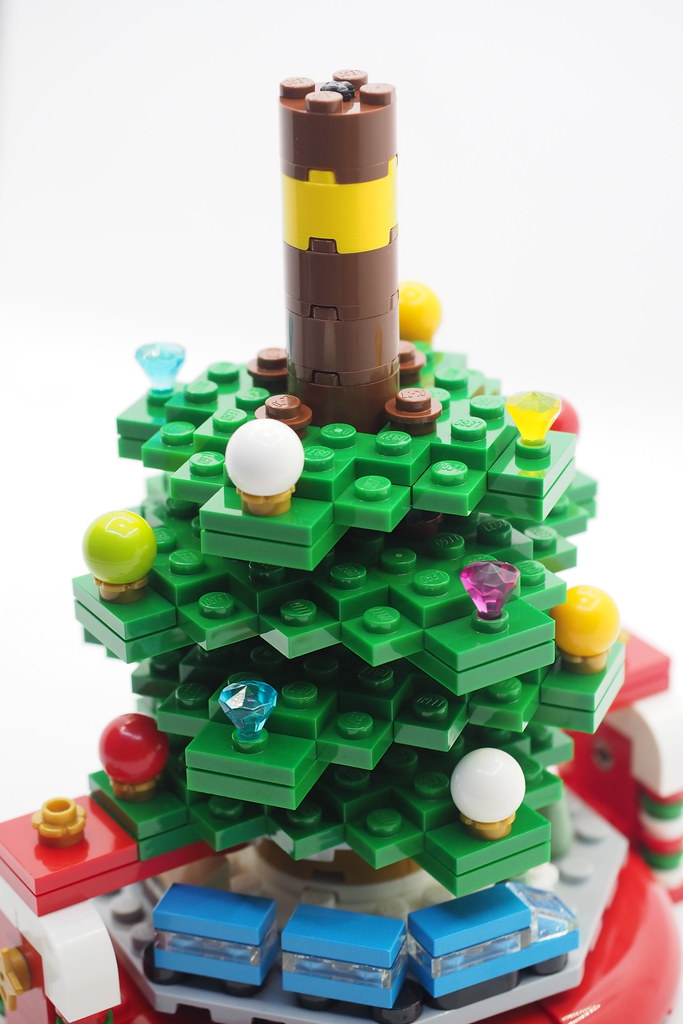 It is revealed on the box that there is a play function where the trains on the base can be rotated when you turn the crown of the Christmas tree.

The build for the base sets up the rotating mechanism and the next section (Bag 2), completes the whole system with the spine and the tree top that is movable. 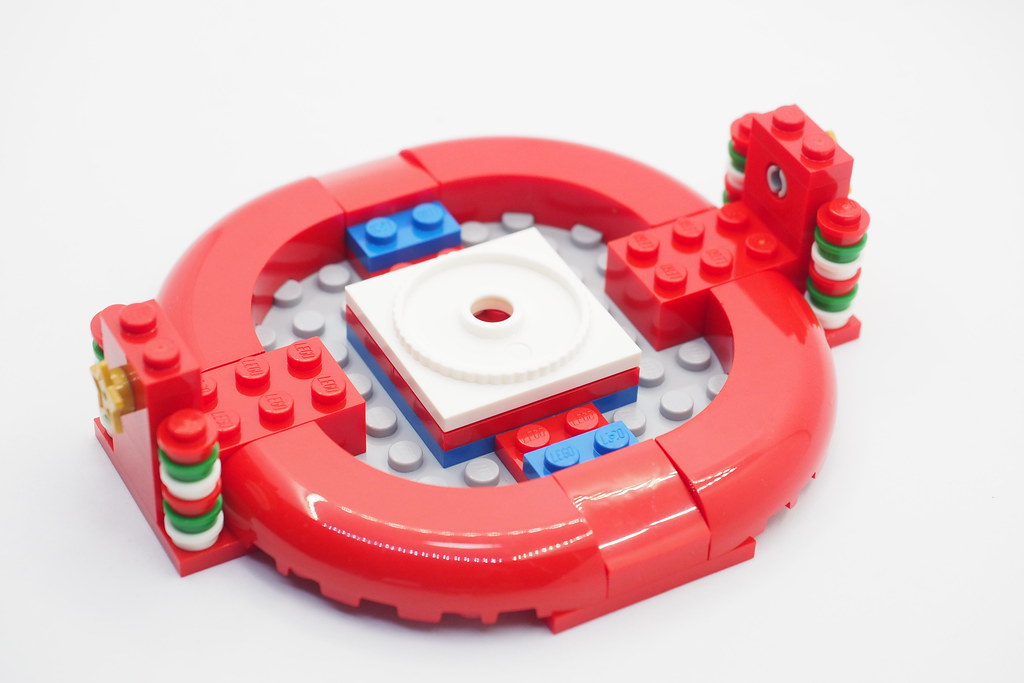 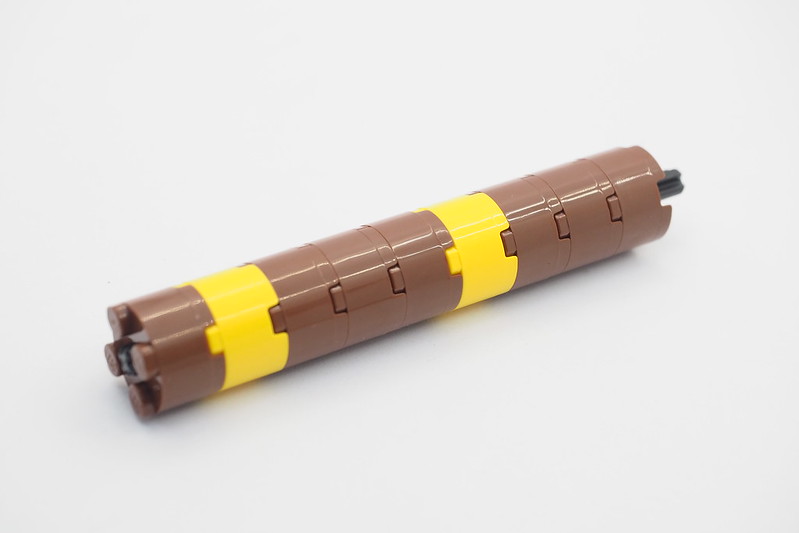 The foliage is made up of layers of green plates which might get a bit repetitive but since it is a small build, it is overcome quickly. 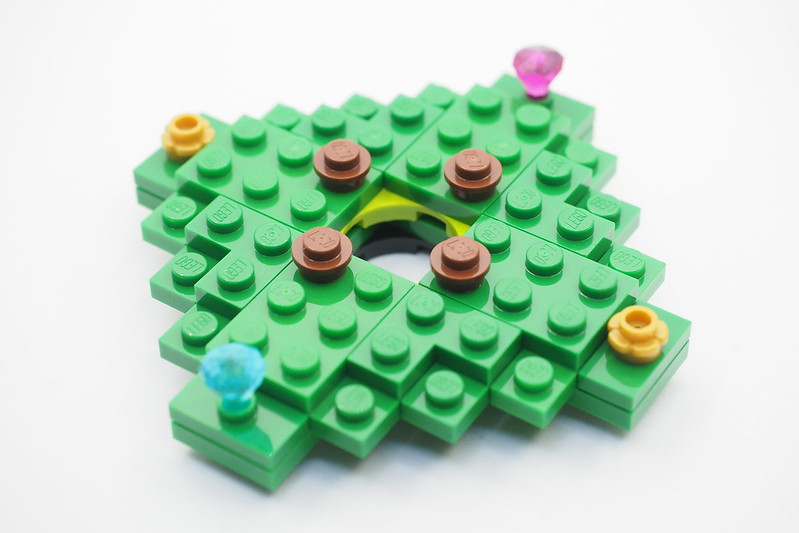 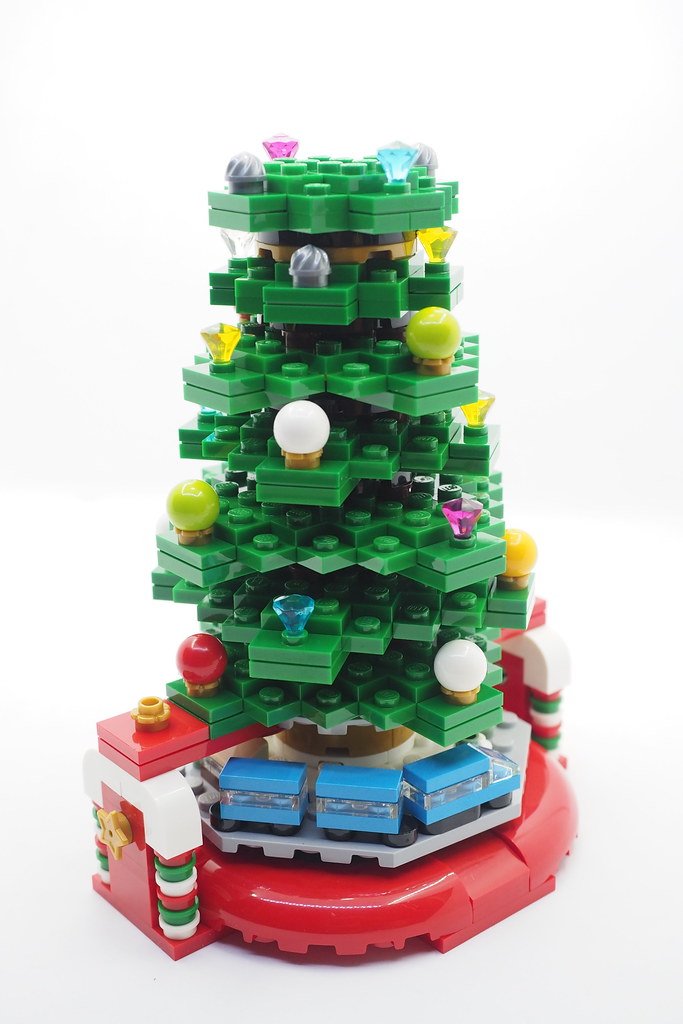 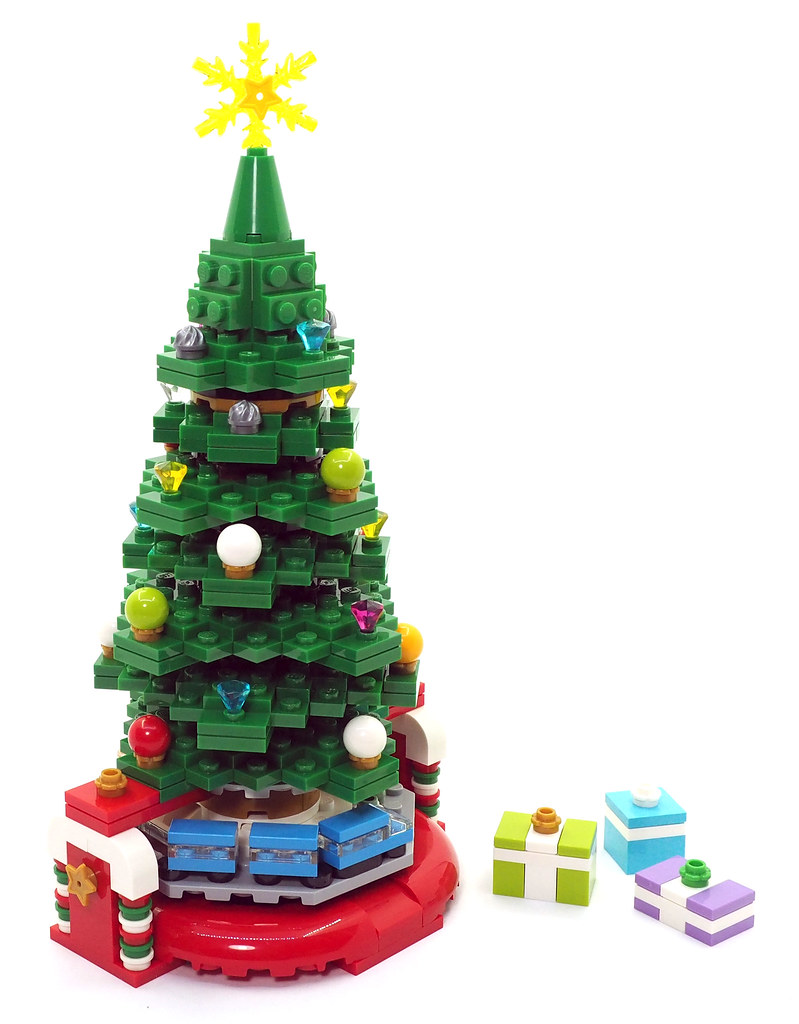 There have been other versions of the LEGO Christmas tree over the years. The foliage for this year’s iteration is similar to the way the Christmas tree is designed in the LEGO Creator Winter Toy Shop (10249) where layers of green plates are stacked atop another to give it a conical shape I really love the idea that they included a rotating base with trains and village huts that you can spin with a twist of the crown. 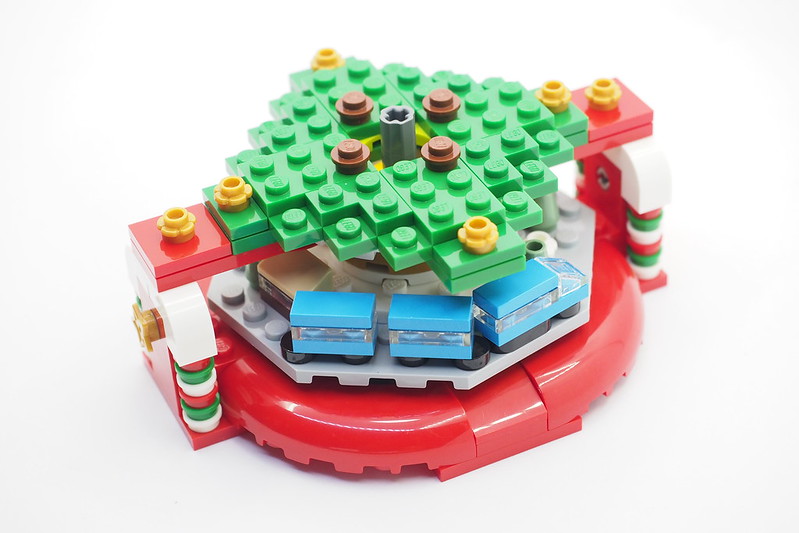 Building the micro versions of the trains and the village gave the base an added dimension where you have a minifigure sized Christmas tree along with a micro scale diorama beneath. 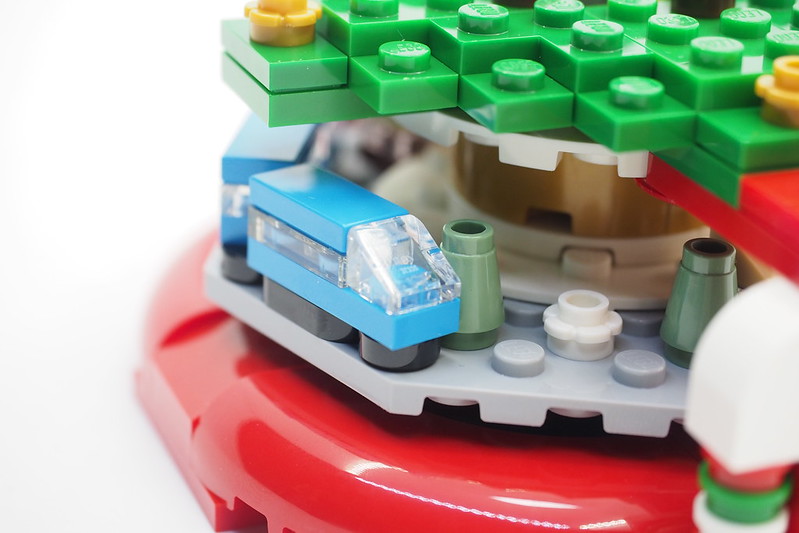 This LEGO Seasonal Christmas Tree would be a welcome addition to any one’s Winter Village. 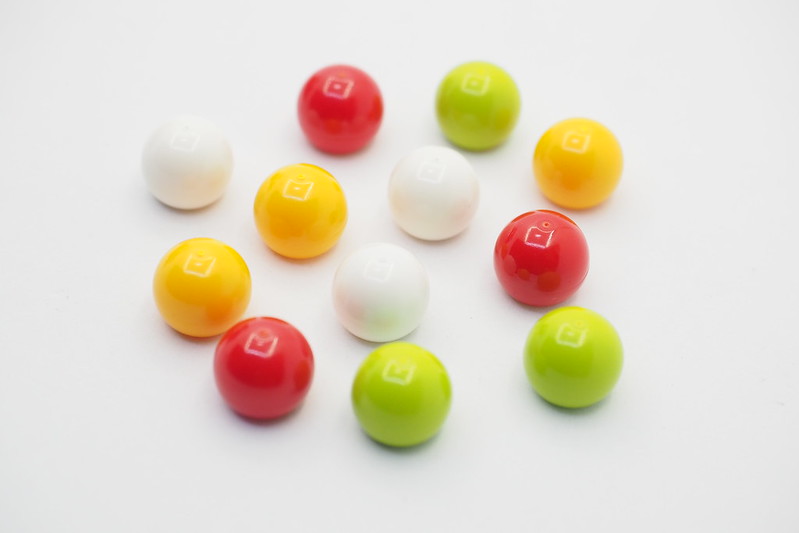 The set does come with some useful elements like the different coloured Technic balls which are available in Red, White, Lime Green and Yellowish orange. 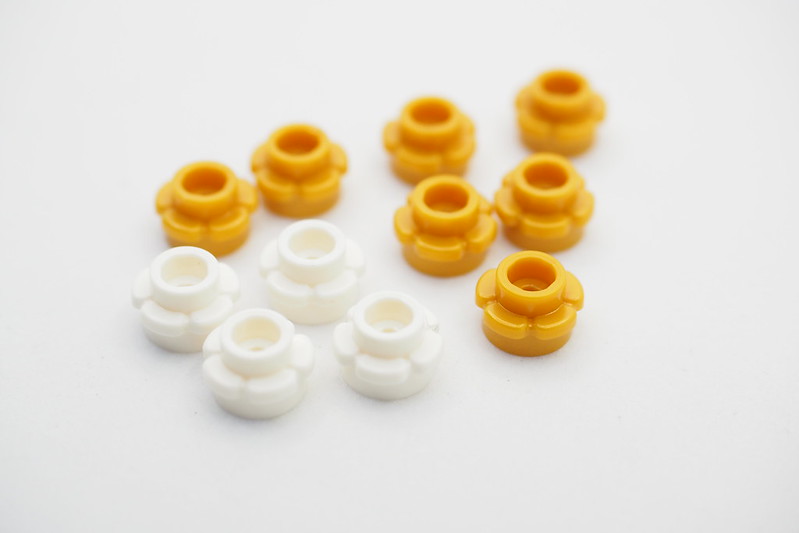 There were also a handful of the new flower studs in gold, white and green along with 1×2 tiles in light purple, yellowish orange and lime green. 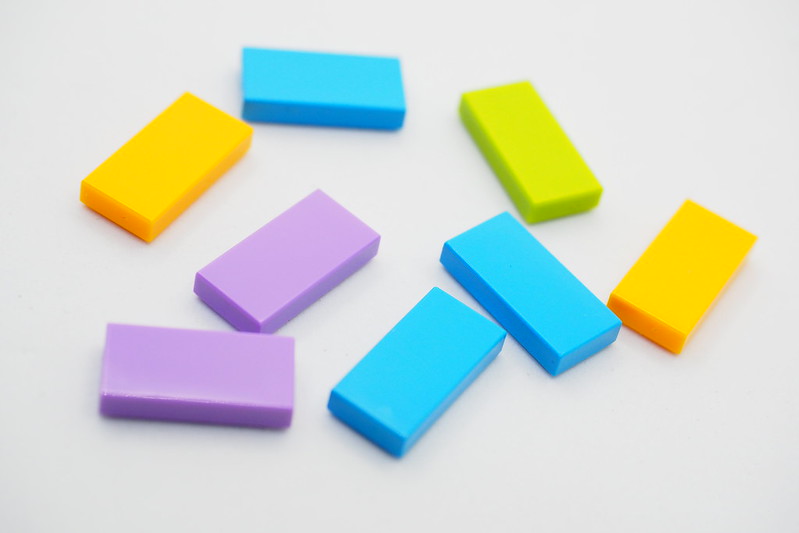 Considering that you get this free with a minimum spend of SGD$180, this isn’t too shabby for a freebie although the price point could have been a tad lower.

A much welcome update on the LEGO Christmas tree design that not only refines the look but adds another dimension of playability to an age old design. 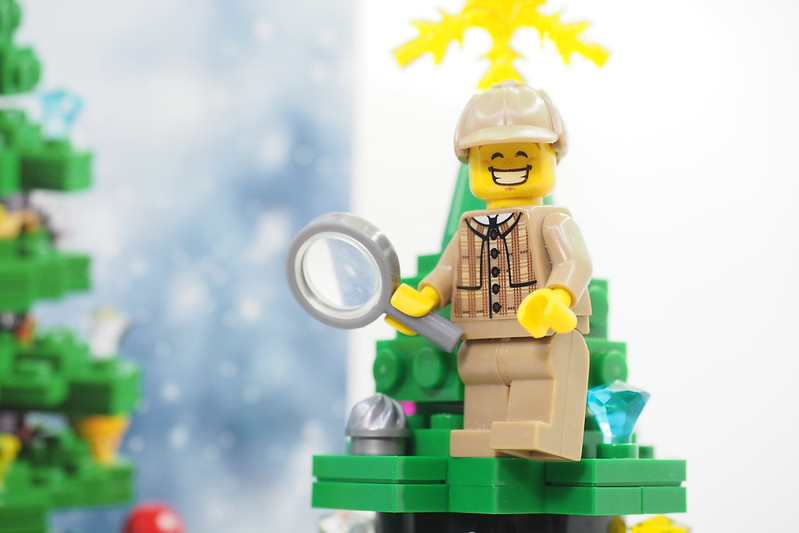