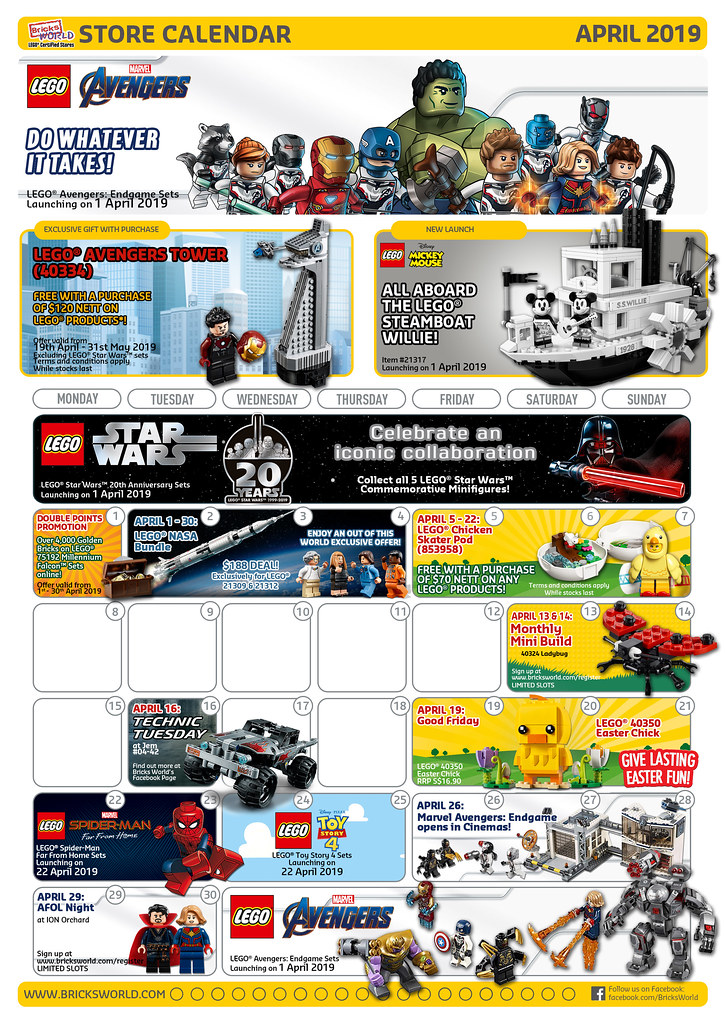 April is essentially dedicated to Avengers: Endgame and Easter so we will be getting two awesome gift with purchase (GwP) promotions starting this month!

The main promotion that everyone would be gunning for would be the LEGO Avengers Tower (40334) but there is also the LEGO Chicken Skater Pod (853958) that will be released in time for Easter. 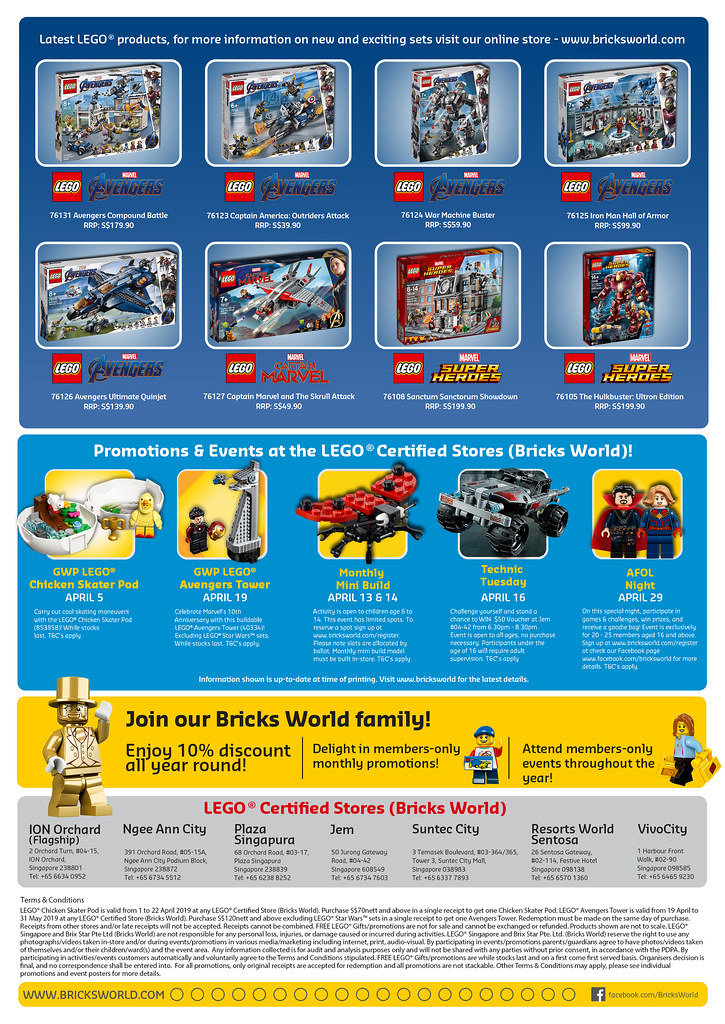 April looks to be shaping up to be quite a packed month in terms of LEGO releases as we have the LEGO Avengers: Endgame, LEGO Spiderman: Far From Home, LEGO Toy Story 4 as well as the LEGO Star Wars 20th Anniversary sets hitting the shelves within days of each other.